Not just a physical disease

Throughout the Kingdom, Covid-19 is responsible for a plague of mental health crises, up to and including suicide

A man from Narathiwat province who was due to be released from a Covid-19 quarantine facility jumped to his death from the fifth floor of a state hospital in Phra Pradaeng district of Samut Prakan province last month. Days before, in the province of Chiang Mai, another Thai male cut short his life in the same manner after learning that he had tested positive for the novel coronavirus. 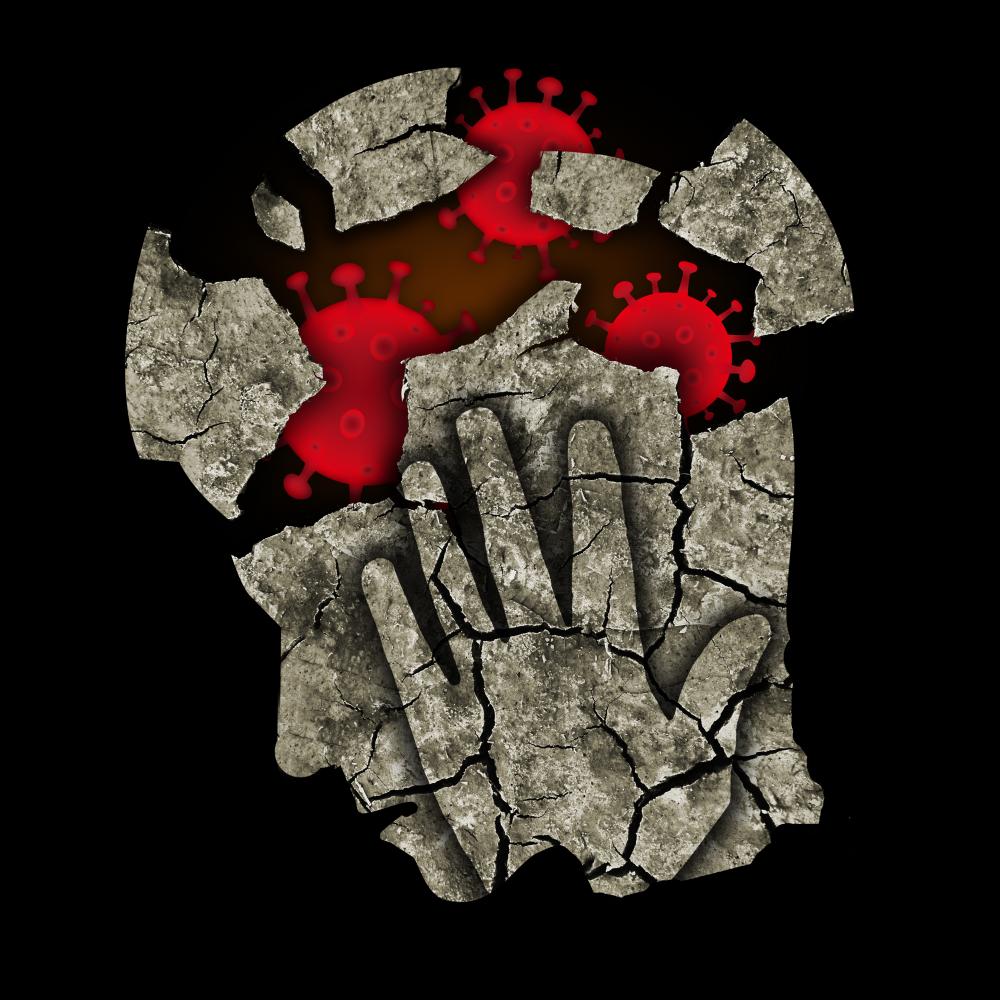 Both men were reported to have suffered from depression.

As Thailand is now battling the spread of Covid-19, which has wreaked havoc in the country since January, serious mental-health concern was raised last week by a group of scholars with regard to the number of Thais committing suicide as a result of the outbreak and its consequences. Atthajak Sattayanurak of Chiang Mai University's Humanities Faculty; Somchai Preechasilpakul, an associate professor of constitutional law at Chiang Mai University, and Prapas Pintobtaeng, lecturer of political science at Chulalongkorn University, were part of a research team that dug into suicide and attempted suicide after March 26, a few weeks after the government imposed emergency measures to combat the spread of Covid-19. The result was shocking.

According to the study, in the period of only 20 days, 38 cases of attempted suicide were reported, 28 of which resulted in deaths. During the same period, Thailand also saw 38 deaths from the novel coronavirus. The research team also argued that while the declining number of new coronavirus infections is apparent, lockdown measures have culminated in job losses following the shutdown of businesses.

The steady rise in suicide cases comes at a time when Thailand has recruited all its medical resources to help flatten the curve of the global pandemic which has brought the world to its knees. Public health measures to curb the outbreak, which has resulted in periods of months-long isolation and social-distancing practices, have especially taken a toll on patients with pre-existing severe mental illnesses, according to Assoc Prof Tawanchai Jirapramukpitak, a veteran psychiatrist/epidemiologist at the Institute for Population and Social Research, Mahidol University.

He said mental health experts have unanimously come to the conclusion that the Covid-19 pandemic can have serious impact on individuals with mental health disorders, and so patients should duly inform medical staff about their condition prior to being quarantined.

In addition to supplying medical care, already-stretched healthcare providers have a crucial role in monitoring psychosocial needs and delivering psychosocial support, he said, making it all the more important to educate and train not just health-system leaders but also first-responders and healthcare professionals on these matters.

Asked if studies were conducted during this time to suggest a rise in number of mental health patients, he said: "In Thailand, no studies or statistics have yet come out to suggest such a rise. Available evidence is anecdotal, gathered from newspapers and social media, which seem to have recently reported a surge in suicidal cases."

Side effects of any pandemic response naturally play havoc on the state of mind of the person in the situation, he said, as they navigate a long and bumpy road to some form of normalcy.

He further added that studies have proven isolation can contribute to a number of mental illnesses, especially when it comes to the emotionally fragile. Common among these include anxiety and depression. Moreover, it can also trigger a spike in consumption of drugs and alcohol as well as even post-traumatic stress disorder.

Tawanchai is of the opinion that some groups may be more vulnerable than others when it comes to the psychosocial consequences of pandemics.

Apart from people who contract the disease as well as high-risk groups such as the elderly, those with compromised immune function and others, "people with pre-existing medical, psychiatric, or substance-use problems are at an increased risk for adverse psychosocial outcomes".

Due to this, the researcher said it is crucial to not overlook the fact that patients with severe mental illness can very well become spreaders of the virus because their lifestyles increases their risk for contracting Covid-19.

"Serious mental health conditions limit patients from following the rules, cooperating with others and looking after their hygiene, among other things. These patients might not understand the importance of wearing a mask, washing their hands thoroughly, or the need for social distancing.

"On top of this, this vulnerable group has risky behavioural habits such as smoking, drinking and taking drugs, plus ongoing health issues. Due to their already-low immune system, contracting Covid-19 is the worst-case scenario for them -- their health deteriorates rapidly. Not to mention the many people who have come in contact with them becoming carriers of the virus themselves."

Tawanchai said other risk groups that find themselves without a lifeline, despondent and open to contracting the virus, are the physically and mentally challenged, elderly, patients confined to the home, the homeless and drug addicts.

It has been social welfare groups that have stepped in to support the vulnerable in these trying times. However, he said, one doesn't know to what extent they have been successful.

On the effects of the December 2019 outbreak on mental health patients in Thailand, Tawanchai said: "First off, the bulk of medical personnel have been recruited to fight the pandemic, so this means patients most likely can find themselves experiencing longer gaps in their doctor's appointments.

"Patients who in the past didn't keep their appointments regularly today find themselves unable to venture outside the home for fear of contracting the virus, thus deciding to stop their treatment entirely. Barriers to reach treatment is the result of prevailing conditions, and is an obvious concern."

Tawanchai admits that the biggest concern for mental health professionals today is watching their patients struggle more than ever to to gain access to the psychiatrists and counsellors they need.

"It is a known fact that we suffer from a shortage of mental health specialists. If the current situation with our medical personnel persists, there is a high probability that patients we have been treating from before will gradually slip out of the mental health system, when they find it even more difficult than before Covid-19 to get to us.''