Co-written by a lauded Italian anthropologist, Ta Sawang recounts modern Thai social history, including the May 2010 crackdown, through the journeys of a young Isan man

The literature about modern Thai politics is not abundant, and by this I mean a narrative that grounds its characters in the double-whammy of coup d'etat and street protest that characterised the mid-2000s to mid-2010s. The period, plus a few years earlier when Thaksin Shinawatra rose to power, contains some of the most convulsive and era-defining moments that continue to shape the visible and invisible dimensions of Thai society in the present time, and it's astonishing that not more writers find it a rich wellspring of artistic expression (on the contrary, visual artists and theatre artists seem more responsive to the political currents of the same period). 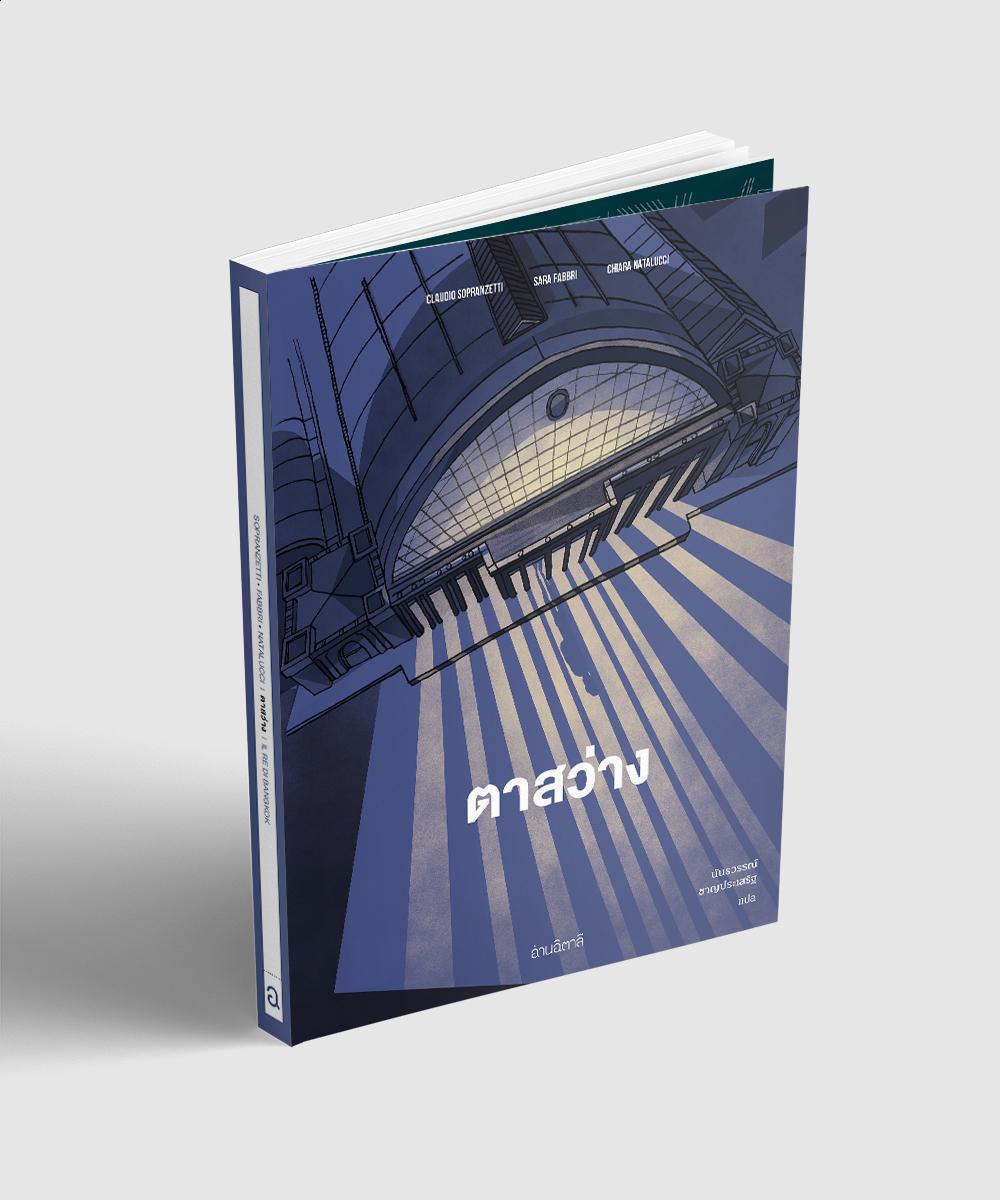 Ta Sawang (Il Re Di Bangkok), written by Claudio Sopranzetti and Chiara Natalucci, and illustrated by Sara Fabbri, is a graphic novel of an eerie power as the protagonist's journey doubles as a narrative of Thailand's social and political history. Sopranzetti is an Italian anthropologist whose recent study on Thai motorcycle taxi drivers and their role in street politics is acclaimed for its scholastic scrutiny of seemingly ordinary, often taken-for-granted urban workers. In Ta Sawang, which means "seeing light" or "eyes wide open", he turns his 10-year-long anthropological research and oral interviews into a semi-fictitious narrative in which the destiny of the main character is influenced by key political happenings in Thailand, with the climax set during the May 2010 crackdown on red-shirt protestors, an event which marks its 10th anniversary this month.

The book originally came out in Italian and has been translated into Thai by Nuntawan Charnprasert (her publishing house, Reading Italy, specialises in Italian literature). The English version is expected to be ready next year.

Sopranzetti's story smells and feels authentically Thai -- the horrid stink of a canal by the dreary slums almost wafts off the pages -- and Fabbri's drawing comes across like a melancholic mix of pulpy Thai comics and Edward Munch's expressionist paintings. The story follows Nok, a blind lottery vendor, who on the first page wakes up and laments another day of trudging around the unfriendly city to make ends meet. From that framing narrative, we flash back to 1982 when Nok, his eyes still bright and functioning, arrives at Hua Lamphong station from the Northeast, a country boy fresh off the dusty train and wide-eyed at the opportunities Bangkok has to offer. 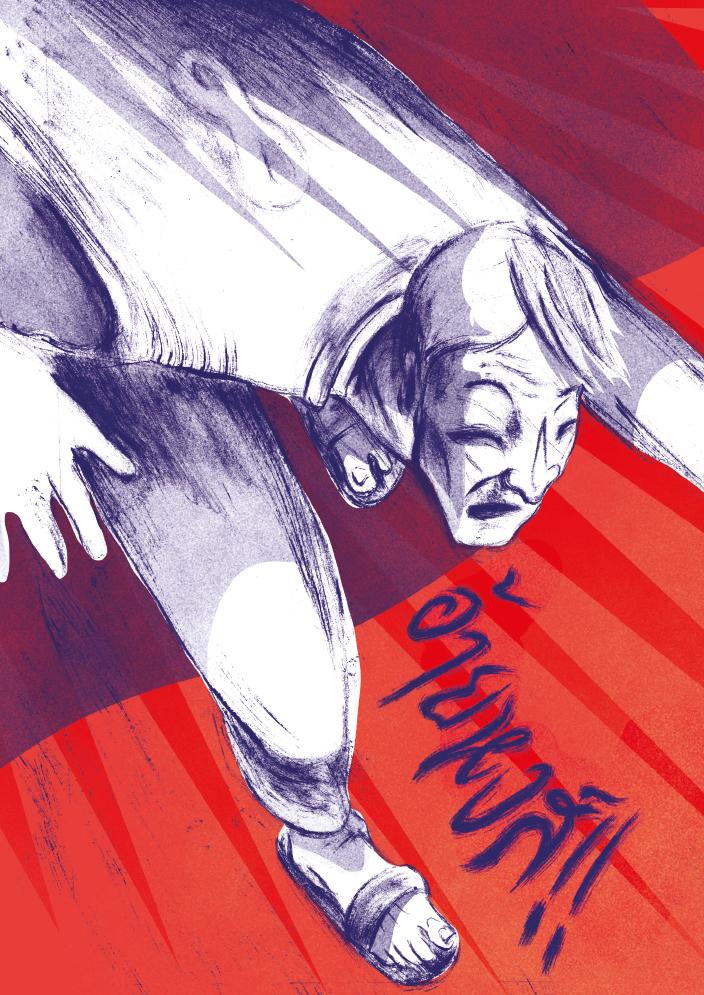 The economy is growing and even the Young Turks' attempted coup of 1985, dropped here as a time marker, can't diminish the momentum. Nok works in a wet market and learns to enjoy the excitement of the capital. But a motorcycle accident forces him to recuperate at his village in Udon Thani, where he soon gets married to a local girl. Now we're in the 1990s, and Nok moves to Koh Phangan to work on construction sites as a tourism boom transforms the island into a party hot spot. Hard work and homesickness turn him into an amphetamine addict -- the drug of the 90s -- and when the 1997 financial crisis hits, he's cast adrift again.

The final two chapters find Nok and his family once again in Bangkok. He now drives a motorcycle taxi, and a tycoon/politician named Thaksin Shinawatra catches his attention when he promises to professionalise motorcycle drivers and put an end to police extortion. One thing leads to another, and the ground beneath Nok's feet shifts: the rise of Thaksin, the discovery of Suluck Sivaraksa's writing, the general election of 2005, the coup of 2006, the military-backed government in power, and finally the red-shirt demonstrations that end not just in fire and smoke, but also betrayal and death.

Ta Sawang has the trajectory of gritty social-realist stories popular in the late 1970s, in which poor peasants from a rural area flee poverty to find work in Bangkok only to be hammered down by structural cruelty. What makes it different is a constant reminder that Nok's life story and the social shifts happening around him are sometimes inseparable: The young man -- a character or an incarnation assembled from the authors' research of real people -- is a free agent who chooses his own path in life, but the question is how much social, economic and political forces contribute to each of his decisions. Nok's fate, like so many other small people's, is charted by invisible influences beyond his control, while the democratic means that may enable him to dictate his own future is brutally snatched away.

Sopranzetti and his collaborators pay attention to small details that time-stamp the period and the sentiment that permeates it. Nok goes to a theatre to watch Luk Isan (Son Of The Northeast), a 1982 social-realist film about northeasterners' struggles; in 1985 Nok listens to Sa-Udon, a black-comedy ballad by Carabao about a mass of Thai workers and their dreams of going to work in Saudi Arabia; even Nok's ya maa addiction (later renamed ya ba) feels like an accurate record of 1990s social ills. Despite the sometimes surreal illustration -- panels bleed into one another, faces blurred by agony, nightmarish scenes of Nok in imaginary cages that cover a spread -- Ta Sawang is propelled by a documentary spirit and ground-level honesty. Nok may at times seem like a stock character -- even a cliché -- but that's precisely because his story is an amalgamation of real-life tragedies that we have heard about for years, and are likely to continue hearing more of. 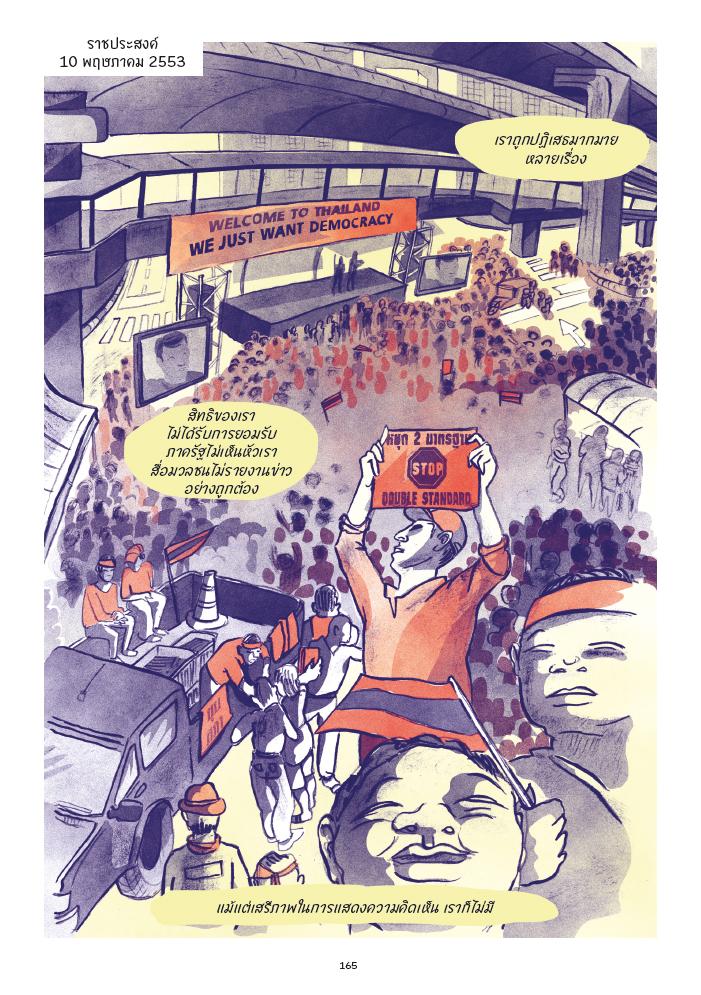 Colombia has the world's largest variety of butterfly species

Get ready for some girl group mania

On the road to 'Nowhere Special'

Exhibition to reveal the spirit of Japan