What to do about forest fires?
Life
Social & Lifestyle

What to do about forest fires?

As northern forest fires rage through the region, a tiny Karen farming community in Mae Moh, Lampang province, has managed to use its local wisdom and traditional knowledge of forest management to keep forest fires at bay for years. Somchat Ruksongplu, village headman of Moo Ban Klang, a scenic mountainous community of 65 families, credits his forefathers for leaving them with knowledge to control fires and manage forests, so they can live in harmony within their natural environment. 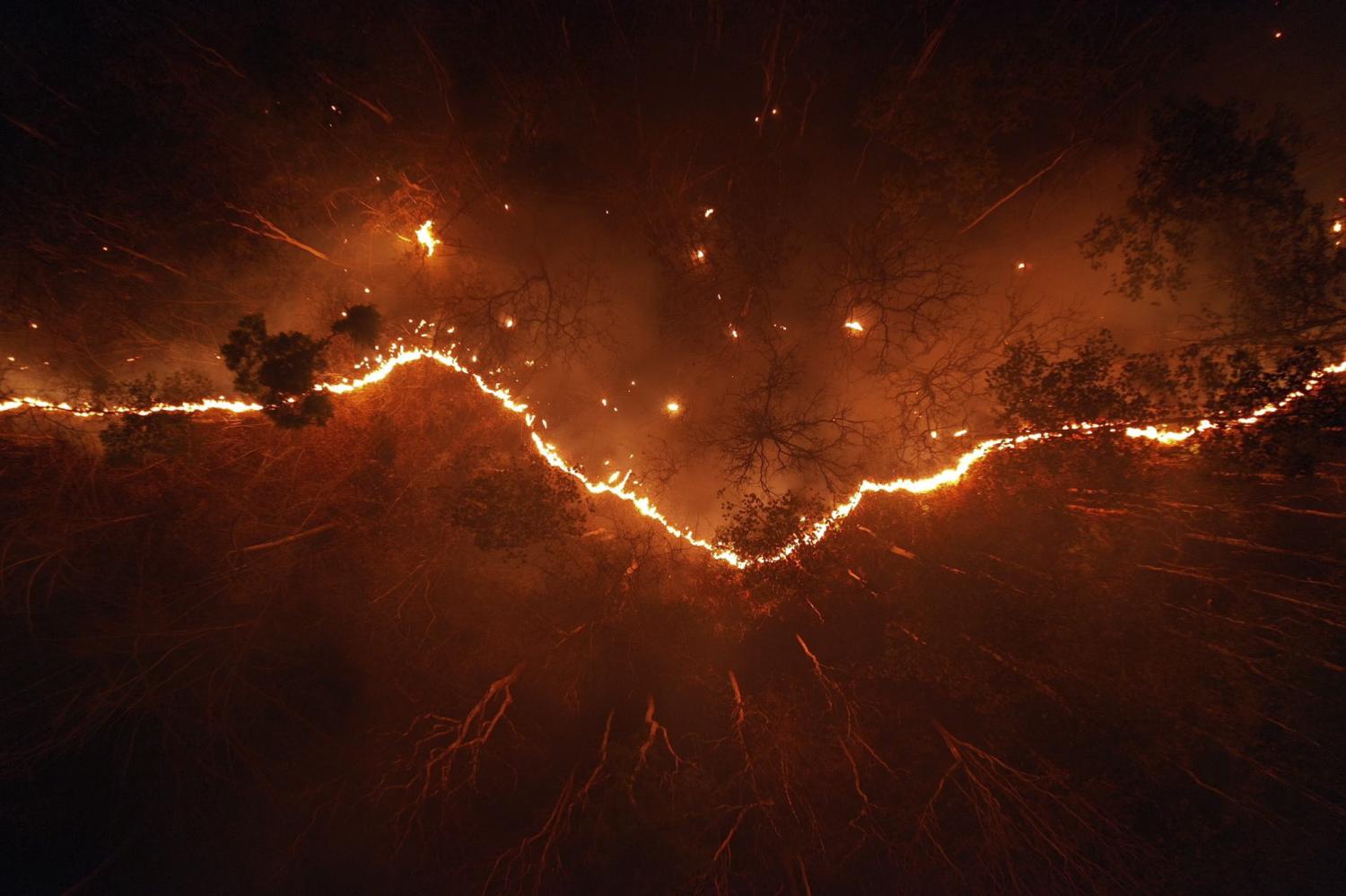 A bushfire ravages areas close to Wat Phra That Doi Kham, in Chiang Mai, in March. Courtesy of Somchat Ruksongplu

"Our Karen indigenous sustainability is rooted in our practices and way of life," he says, "which goes back centuries. What this has done is help us read the conditions of our forests, thus offering the knowledge we need to control forest fires from reaching our homes."

Fires blazing through northern Thailand today started at the Doi Suthep-Pui National Park in Chiang Mai's Muang district, and have most impacted the provinces of Chiang Mai, Chiang Rai, Mae Hong Son, Nan, Phayao, Lampang and Lamphun. Of the country's total 398 hotspots, up to 10% are located in Chiang Mai.

Somchat, a first-responder in wildfire-prone areas near his village, believes that more could be accomplished in addressing forest fires if authorities worked closely with local residents such as himself to bring about a viable solution, instead of barring them from participating.

"State authorities do not acknowledge our indigenous knowledge as a viable solution to the dilemma northerners are facing today with forest fires," said Somchat. "What I have a problem with is that they don't want to have anything to do with us, so they discourage any form of participation. Nevertheless, I believe it is imperative that our people participate in the process to address forest fires, because we live off the land.

"Our community follows rituals embedded in the village's rotational farming system. These practices run deep because they are part of our Karen cultural and spiritual values, knowledge and wisdom, all of which we use in our everyday lives."

However, authorities blame the practices of farmers and indigenous people for creating a spike in the increase of PM2.5 particles, among other things.

Somchat refutes this accusation, saying that not all fires are bad, and that the people who reside in the mountains utilise fire for two reasons. First as a countermeasure to uncontrollable forest fires, and second for rotational cultivation for their own consumption. 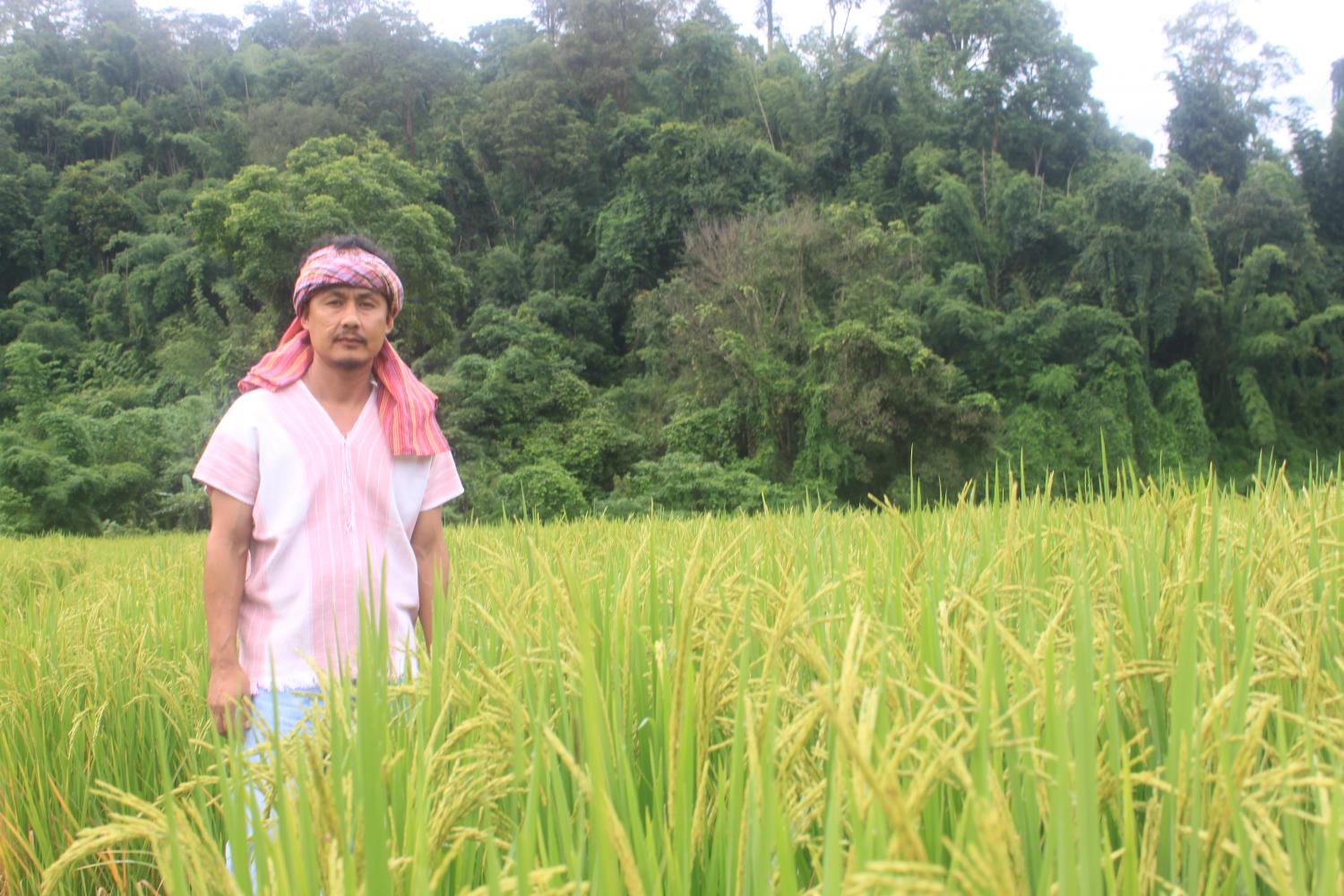 Karen village headman Somchat Ruksongplu is proud of the local wisdom his ancestors pass down to his generation, which has helped him keep forest fires at bay in his community in Lampang province. Photo Courtesy of Somchat Ruksongplu

"For decades, we have been accused of using what was seen as a primitive, destructive, slash-and-burn form of agriculture," Somchat said. "We know well that there are other forms of pollutant-generating methods that cause PM2.5. What further exacerbates the problem is the national policies that have sadly split the nation's topography into either forest or permanent agriculture and gone on to classify rotational farmers as 'ethnic minorities', whose traditional practices are prohibited.

"We have through the decades earned our rights over the land that we have farmed, we have created a bond with the land and the forests; however, the government has assumed ownership of this land, which has resulted in unclear land and resource security. Due to the lack of partnership, when a fire breaks out, highland communities such as ours make no attempt to control it, as they have lost resource-tenure and access. I feel land-tenure insecurity, and not the rotational-cultivation system in itself, has increased forest-fire problems in highland communities."

Prayong Duklamyai of the Northern Development Foundation's Community Forest Fire Support Centre said the new National Parks Act, implemented last year, had driven a wedge between any chances of residents and administration working together for the good of forest management.

He added that farmers and indigenous people alike had begun to face greater threats under this order.

"What we have seen since the implementation of this law is that it has further curtailed the rights of the communities," said Prayong. "Under this National Parks Act, those convicted of encroachment and other offences could face up to 20 years in prison and 2 million baht fines. What further dampens their enthusiasm to work with authorities is that despite the law allowing residents who have traditionally lived in or near parks to access them and use some resources, the power to give permission for this rests solely with the administration.

"This is most unfortunate. The law is supposed to protect and empower them; instead, it gives all the power to the national parks department. Treating someone like this can upset anyone."

Prayong said forest fires of the scope found today are a national problem, making it all the more necessary to have communities that have truly worked hard for the upkeep of their land to have a say in the matter.

Land, for them, holds a profound and spiritual meaning because they have a great reverence for it. "They often tell me fighting forest fires is physically and emotionally exhausting, but nothing compared to the emotional heartache they experience when they are chided by authorities for being the reason behind the fires."

While there are many elements involved in addressing forest fires, one that Prayong insists should take place is earning back the trust and co-operation of forest residents.

"To get to the heart of the issue, I would first like to suggest that authorities make communities and local agencies responsible as first-responders in the event of a forest fire -- the reason being, their proximity to the spot where fire starts. Secondly, from my 25 years' experience working with them, I am of the opinion that it would be more productive for people in power to not lead but instead support communities and local agencies with finances and up-to-date knowledge, so they can respond with better efficiency. At the end of the day, it is not a power struggle to determine who is the leader, but more an issue that needs to be addressed head-on as a team.

"As it is the people who live in the forests who are directly impacted by forest-fire management decisions, it is important to combine both local knowledge and scientific methods to solve the problem of forest fires."