Dusting off the study notes

Staff at a Samut Prakan medical clinic were pressed into duty as substitute teachers last week after a motorcycle taxi driver asked them for help, in a widely shared social media tale for the Covid-19 era.

Staff at the Mitmaitri Medical Clinic near Wat Dan Samrong say the driver dropped in on Monday asking if staff would help teach his son.

They agreed to the unusual challenge, which led to wide media publicity as netizens warmed to the tale of a plucky doctor and her staff taking on vexing science and maths lessons, and a gruff looking motorcycle taxi driver concerned about his son.

The young man had tried remote learning via lessons broadcast by the Distance Learning Foundation, without success. The foundation ramped up its efforts last week for kids unable to return to school during the Covid-19 lockdown.

The lessons encountered teething problems including families who were unable to get access to the net or find the channels.

The driver, who plies his trade from a motorcycle taxi queue close to the clinic, found he was unable to persuade his son to stick with it, and didn't know how to teach him himself. 'P'Win' and his 13 year-old son, who took lessons at the clinic.

"I lay awake for two nights wondering what to do. I went and picked up a notepad from the school and looked at the learning materials ... they were just so hard for a boy just starting secondary school like him," said the father, known as P'Win in the media.

"I decided to ask the clinic if they would help but didn't want to inconvenience them. I knew that if a patient came in they would have to attend to their duties first, so I suggested they teach me first and I would then teach my son. But the doctor, who was wonderful, said I should bring my son to the clinic," he said.

The driver added that he raises his son alone and before the Covid-19 outbreak could make 300 baht a day. Since the lockdown started, his daily earnings had fallen to 60-70 baht and they were struggling to make ends meet.

Yada Suwannasing, a doctor at the clinic, said P'Win came to see them on Monday evening, saying he was stressed after his son asked him for help with his homework. He did not know how to teach him so wondered if staff would have a go instead.

"If you are brave enough to ask, we are brave enough to help," Dr Yada exclaimed in a FB post. She invited the pair to return the next day. Images on her FB showed the boy and three staff working from his schoolbooks spread out over bench seating at the clinic.

"Parents are busy working trying to support their families. This is a time when we must pull together and help each other out," she said, adding that if the lessons did not get in the way of the clinic's normal business, staff were happy to do their bit.

The clinic's generosity was popular with netizens and led to a burst of publicity, with Bangkok governor hopeful Chadchart Sittipunt visiting the clinic to hand over a bouquet of flowers. The Office of the Education Commission also turned up to hand over a certificate, with the father and his son in attendance.

Mr Chadchart said distance and online learning were still new and his community visits had taught him that most children and parents were not ready for the lessons, which the government has promoted as a way to keep kids learning until schools are ready to re-open on July 1.

Back to the clinic lessons, Dr Yada said the young man asked for help with maths and science.

"He did not seem able to understand at first, but when I taught him a few tricks I learned at school he was able to commit to heart all parts of the central nervous system," she said approvingly.

It had been a while she was learning at school herself and anything she was unsure about, she would ask clinic staff to help.

"They would do a search and we would try to find the answers. The course materials were very hard for a boy of just 13." 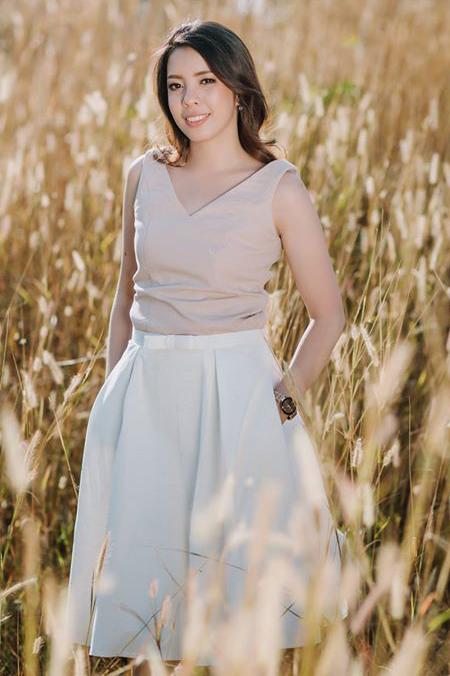 Dr Yada said P'Win looked gruff and remote in appearance but was really quite caring.

Netizens praised the father for finding such a clever way to help his son and complimented the clinic staff for their kind-heartedness. "It's a small matter perhaps but a big one in the life of that family," they wrote.

A northern singer seeking public donations after childhood surgery to change her gender left her disabled has come under renewed fire for duping netizens into parting with their money. 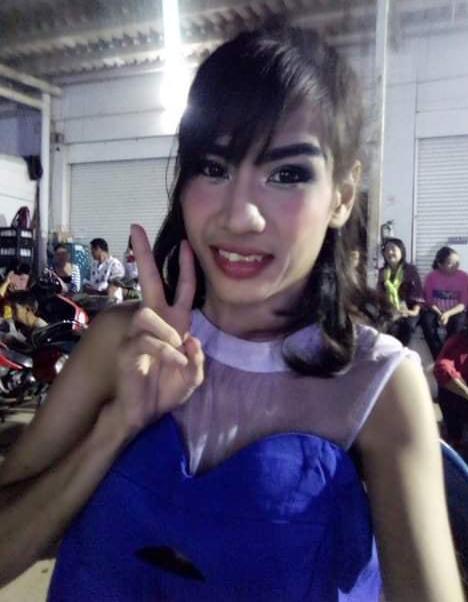 Jaturong "Jay" Kanthima, 26, from Chiang Mai, referred to in the popular press as a kathoey, says she was born with both male and female sexual organs. She had corrective surgery while aged about three to turn her into a boy but the operation left her with a persistent urinary disorder. A subsquent near-drowning incident left her unable to control her emotions with critics saying she is prone to outbursts.

Jay, who lives with her mother in a rundown home with few material possessions on display, sings at nightspots and temple fairs, getting around from job to job on a pushbike. She also enters televised singing competitions, including one in September last year when she made it into the first round.

She travelled to Bangkok in October but dropped out in the second round after falling ill. Jay also suffers from persistent coughing and sneezing, another ailment she attributes to the near-drowing incident in a national park when she was aged 15 and apparently sucked down by a whirlpool.

While her story sounds too fantastic to be true, she stands by the details and is not afraid to share them. Critics say she exploits public sympathy for her plight to help her and her ailing mother, who is herself disabled with a shattered tailbone, make ends meet.

In an interview at her bare home with Khao Sod TV last year, Jay talked about her early childhood and confused feelings of sexuality which she said stemmed from being born with two sexual organs.

She said while her father, now deceased, opted to have the doctor change her sex to that of a boy, she said she started to feel more like a girl from her early years. She appeals regularly on Facebook for donations of food and adult nappies, which she wears to handle her urinary disorder.

Some netizens are unhappy about her constant begging, as they put it, and claim the money she gets from donors is wasted on trips to the department store.

Her latest critic, a FB owner known as Angryy Nok, said she keeps coming across posts which Jay has left, appealing for cash and goods.

"She claims she is poor but sells the donated goods including nappies to make a profit, and spends money which people have given on shopping trips to the mall, walking about in air-con, eating durian and ice cream," she sniffed.

"She doesn't look after her house so when people visit her she looks poor," she added, urging netizens not to fall for her sob story. Angryy Nok referred to a similar warning sounded about Jay by country music singer, Mangpor Cholthicha R Siam.

Mangpor said Jay followed her about during a concert in Chiang Mai, shared her life story, and pestered her for money until she weakened. She had tried to help her since, only to be treated badly.

"Well-meaning Thais send her second-hand clothes, but she claims they are looking down on the poor. When people suggest she take on small jobs, she blocks them on the internet," Mangpor complained.

Jay admits she asks netizens for help, but denies she is profiteering with donated goods. "I have given away donated goods to others less fortunate, but I don't sell them," she said.

In response to an online campaign last October in which critics accused her of being an online beggar, Jay laid a complaint with local police.

"I have no choice but to ask for help because I have no work. The place where I used to sing stopped hiring me because they were worried my respiratory problems would put off customers," she said.

Police have rounded up three men who were able to hack into Facebook accounts by guessing their owners' passwords and swindle them out of millions of baht.

Provincial Police Region 4 officers arrested the trio after they took over the FB accounts they hacked, contacting close friends of the owners listed there to ask for loans.

The unsuspecting victims transferred the money to a bank account set up for the purpose, only to discover later the real FB owner had not asked them for the money. After getting access to the FB accounts, the gang hurriedly changed the password to stop the owner gaining access.

Police say they duped an impressive 10,000 victims and when arrested had 14.7 million baht circulating in their bank accounts.

The suspects, who have been charged with Computer Crimes Act offences, impersonating others, and fraud, were identified as brothers Kanokpol Chanasat, 25, and Ekkalak Chanasat, 22, from Krabi, and Peerapan Raksatsathien, 21, from Nakhon Si Thammarat.

The trio were shown in media footage demonstrating to police how they pulled off their fraud, which started with a simple Google search of webboards and the like where netizens had left their phone number.

The gang would then track down their FB accounts and, knowing that many Thais use nothing more sophisticated for their passwords than their own phone numbers and perhaps date of birth, would guess at the password.

Police did not say how many guesses it took to snag the average victim, but say the gang admitted hacking into accounts 289 times.

Their fraud started to unravel when a complainant went to Muang police in Mukdahan, saying a friend, Klinjun Ramangkool, had called her about a 50,000 baht loan she had supposedly requested via FB.

Klinjun had transferred the money and called to ask about it, only to discover she had not in fact sought the loan. She suspected she had fallen victim to internet fraud and sought police help.

Police tracked down the gang, one of whom, Ekkalak, was on bail for similar computer fraud charges in January. They have appealed to other victims to come forward.