Want not, waste not

Food on demand is more crucial than ever, but there's an environmental cost to be paid

published : 26 May 2020 at 04:00
newspaper section: Life
writer: Story: Suwitcha Chaiyong
During the Covid-19 pandemic, demand for food-delivery services has surged.

Happy to see bubble milk tea delivered to her doorstep every day, little did Ae* realise that her sweet treat was part of a mountainous increase in plastic waste. An order of pearl milk tea means five plastic pieces -- a cap, a cup, a straw, straw wrap and a plastic bag -- equivalent to around 150 plastic pieces for a month's orders.

Home-isolation and other measures implemented during the Covid-19 outbreak have forced a large number of people to turn to food delivery services. While food delivery businesses were predicted to expand by 10-20% annually according to the Thailand Environment Institute (TEI), the pandemic has fuelled growth to more than 100%. The business surge, unfortunately, comes with a huge downside -- plastic waste. The TEI reported the amount of plastic waste has seen a significant rise -- from 5,500 tonnes recorded before the outbreak to 6,300 tonnes per day during the pandemic.

"Food delivery is a part of plastic increase. When a person orders chicken and rice, there will be seven to eight pieces of plastic such as bags for rice, chicken, soup, vegetables, sauce and utensils. Because of the pandemic, people are worried about diseases. They prefer a plastic container since it is a secure package. Unlike paper wrap, it doesn't break or tear easily," said TEI president Wijarn Simachaya.

Containers can be made of several kinds of plastic. Most of them are rated as recyclable. However, in Thailand, mismanaged plastic waste causes environmental problems.

"Most plastics used for food containers are made of polypropylene [PP] or polystyrene [PS] or polyethylene terephthalate [PETE]. They are three kinds of seven plastic types which can be recycled, but with our insufficient waste management, this plastic waste can leak into the environment, which can be harmful to animals. They can break into microplastics and pollute soil, water and animals," said Pichmol Rugrod, Plastic Free Future Team Leader at Greenpeace Thailand.

"Some containers are conventional plastics, which take a century to decompose. Some of them are high quality plastic which can be recycled several times and some can be mixed with asphalt to build road surfaces, but due to the lack of waste management, these plastics don't go through recycling systems," added Wijarn. 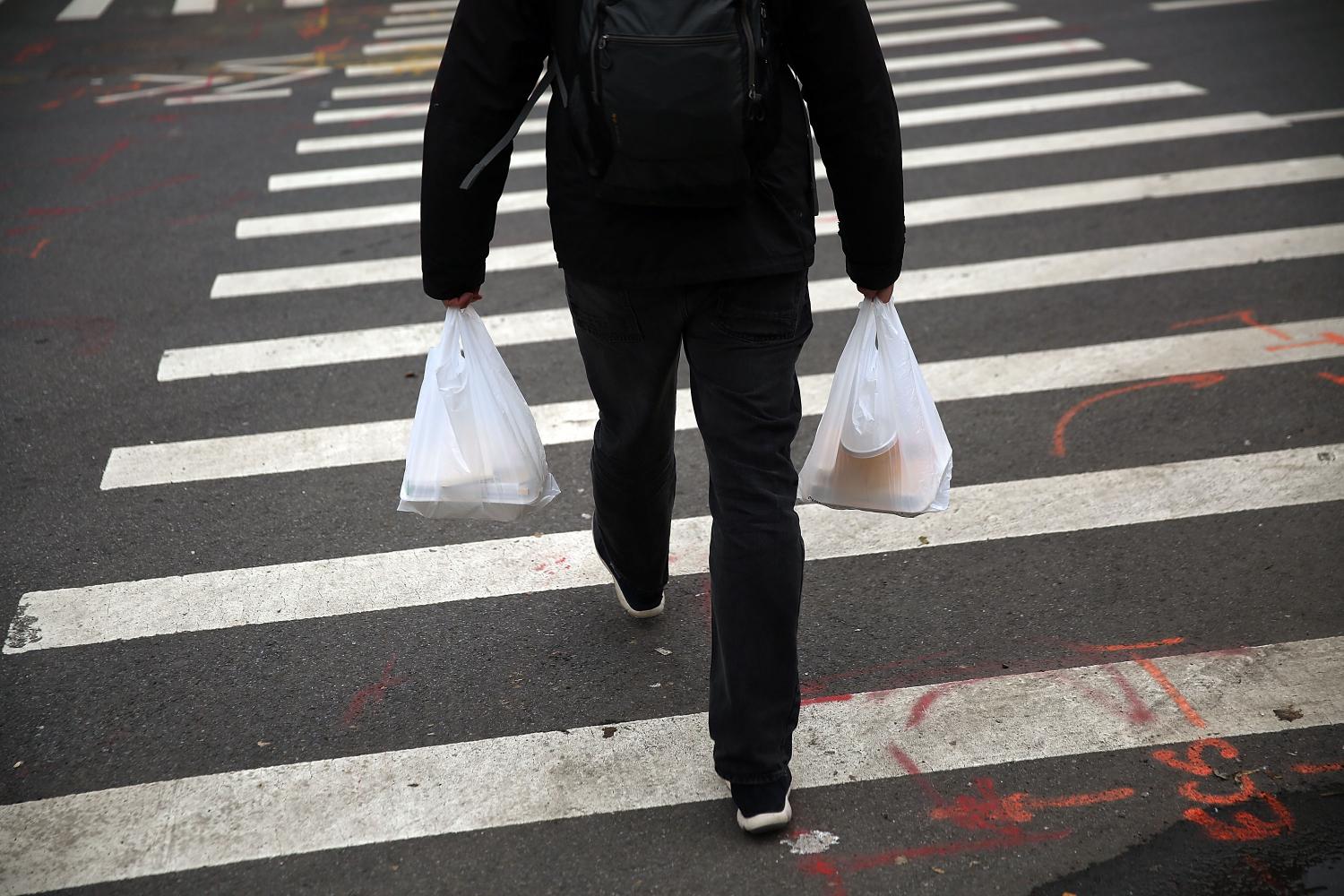 After a two-month lockdown, food delivery has become a new norm. Yet Pichmol doesn't believe this trend will last forever.

"Food delivery was born for the sake of convenience yet this is a crisis, but it can be changed. Recently, people have shown more concern about the environment. A food delivery platform called Indy Dish, for example, provides reusable containers and customers need to pay a deposit for borrowing containers. Other companies can do likewise by changing from single-use plastic to reusable ones. Some food applications also ask whether customers want utensils. These are good directions which can lead to a reusable culture. And it can be a new normal too," said Pichmol.

Last year, a restaurant chain claimed that they provided wasteless delivery services by using containers made from bagasse -- the fibre remaining after the extraction of sugar-bearing juice from sugarcane -- and polylactic acid (PLA) and bioplastic. They said bagasse containers can decompose in 45 days, while PLA and bioplastic packages take almost a year. However, Pichmol disagrees. She said PLA and bioplastic aren't environmentally friendly.

"Some of PLA and bioplastics are claimed to be made of plants, but if we look at their chemical structures, they are similar to plastic meaning they do not decompose and can't be recycled. They will break into microplastics which will be harmful to aquatic animals and the environment. These kinds of plastics may make people feel less guilty to use, but they still pollute the environment. We should change our behaviour by using reusable containers instead," Pichmol suggested.

For bagasse food containers, the president of the TEI confirmed this natural container can decompose in 45-50 days. However, the price is quite high.

"Compared to plastic packaging, bagasse food containers cost double, but if demand is higher, the price will be lower. The government should support natural products and should collect more taxes from products which pollute our environment such as styrofoam," said Wijarn.

Developed countries are also in a battle against increased plastic waste from the food delivery industry, but they have better ways to handle plastics. More restaurants in the United States and South Korea, for instance, provide more reusable containers than eateries in Thailand. Efficient waste sorting and waste management in those countries also help prevent plastics leaking into the environment.

"In Sweden, people are required to sort their waste into more than 20 categories and dispose of them separately. Then, a municipality will pick up each kind of waste on different days. In order to get rid of their household waste, Swedish people have to first sort their waste properly," Pichmol said.

"Malaysia has efficient waste management both in terms of landfill and incineration. Their private sectors arrange waste-to-energy plants by having the government as an inspector. If we want to solve our waste management problems and build up a waste-to-energy plant, we should allow the private sector to invest under the control of local governments," Wijarn suggested.

Both experts agree that Thailand needs an environmental law, although the country has a long-term roadmap to reduce plastic waste until 2027. As a TEI representative, Wijarn said that while there were discussions in the past about the possibility of an environmental law and reuse, reduce and recycle policies, there was no progress.

"The no-plastic-bag campaign, which started on Jan 1, has worked well. People have been forced to carry tote bags. The country's plastic reduction roadmap should, however, lead to clear-cut law. The roadmap should not be just a suggested direction, otherwise it is not enough to make obvious changes because it will be just asking for people's co-operation," said Pichmol.

As there is still no such law, Pichmol suggested people solve plastic problems at the root cause by depending as little on food delivery as possible and not opting for any plastic containers and utensils.

"We should cook ourselves by using ingredients in local areas. Most foods in supermarkets or convenience stores are packed in containers -- most of which are plastics. I encourage people to purchase food ingredients from people in the community or at a neighbourhood market or try to find vendors or shops that accept reusable containers. I believe if there is more demand from customers, more entrepreneurs will adjust their products and services to serve them," Pichmol concluded.