As Covid-19 continues to wreak havoc around the globe with more than 5.5 million cases and about 350,000 deaths so far, the race to find a vaccine has never been more pressing. Globally, different institutions and companies are working hard to develop a vaccine, with over 120 candidates currently in development. While most are still in the pre-clinical stage, a few have already progressed into clinical trials. 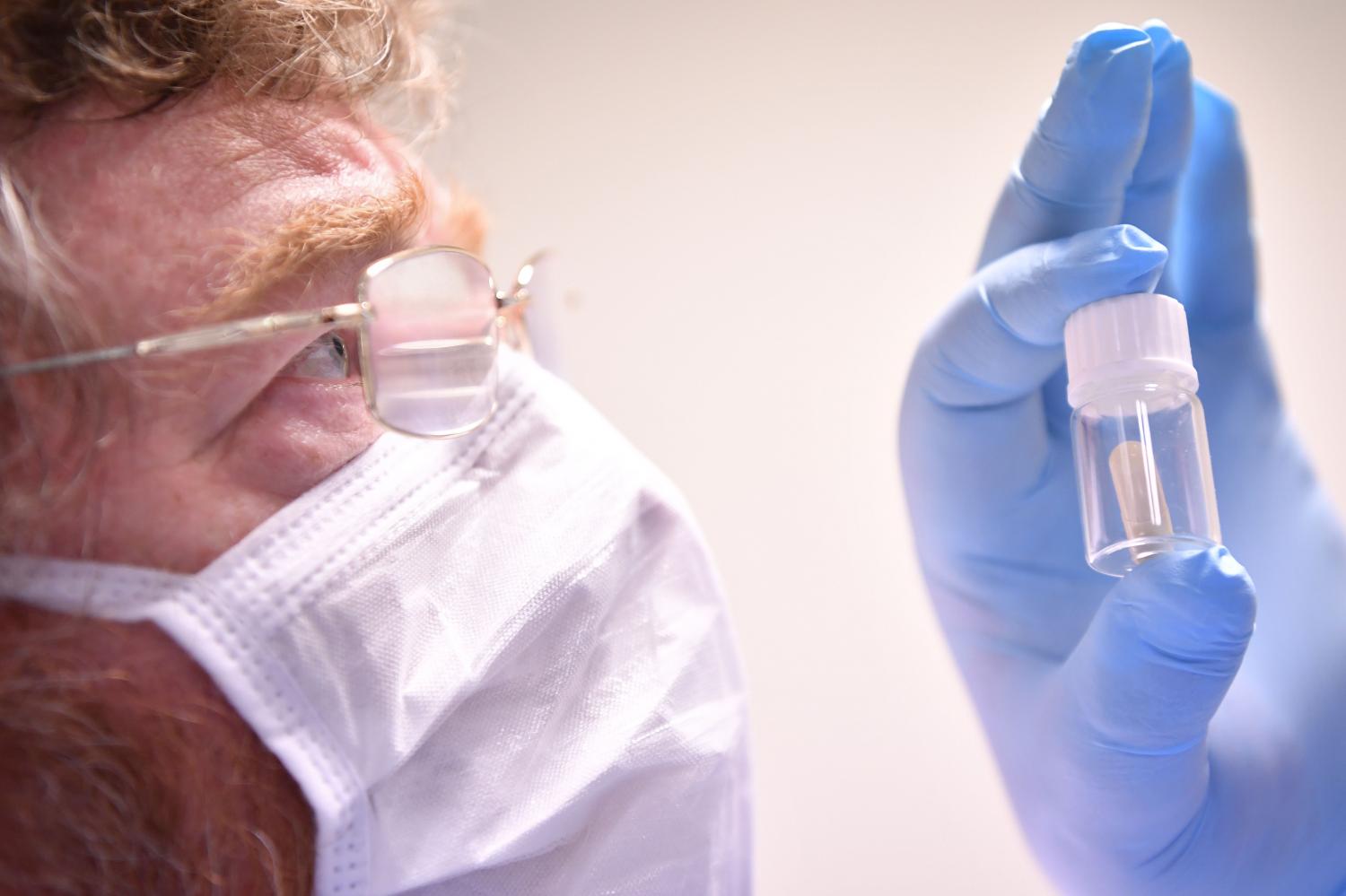 A scientist at Stabilitech, England, holds a sample of the potential oral vaccine for Covid-19. (Photo: BEN STANSALL / AFP)

A vaccine is perhaps the best way to prevent and control infectious disease. The World Health Organization (WHO) has said that while no one can "predict when or if Covid-19 will disappear", a vaccine against the novel coronavirus is the "one great hope" of eliminating the virus. However, in the absence of a vaccine, chief scientist of the WHO, Soumya Swaminathan, estimated that it could probably take four to five years to get Covid-19 under control.

Scientifically speaking, a vaccine stimulates the body's immune system and trains it to fight certain diseases. As a result, the quest to fight Covid-19 has seen a global acceleration of cooperation. The WHO has called for a solidarity clinical trial to harness the power of a global coalition, with the aim to accelerate international efforts and coordinate clinical trials around the world to find a safe and effective vaccine as fast as possible. In this process, billions of dollars have been raised to aid the vaccine development process.

"The world has torn down barriers between countries and institutions. We have to work together to accomplish this," said Prof Punnee Pitisuttithum, head of the Department of Clinical Tropical Medicine and the Vaccine Trial Centre at the Faculty of Tropical Medicine, Mahidol University.

The academic said that Thailand has the potential and could play a role in both aiding clinical trial efforts while also focusing on developing its own vaccines. Last week, it was reported that an mRNA vaccine being developed by Chulalongkorn University had received favourable results during animal testing and was set to enter clinical trial sometime in August. Meanwhile, BioNet-Asia is also developing a DNA-based vaccine, which is currently in the pre-clinical testing phase with clinical trials estimated to begin later this year.

At the fastest, we could have a vaccine by sometime next year as Punnee predicts that the first round of vaccines may not be perfect or ideal. 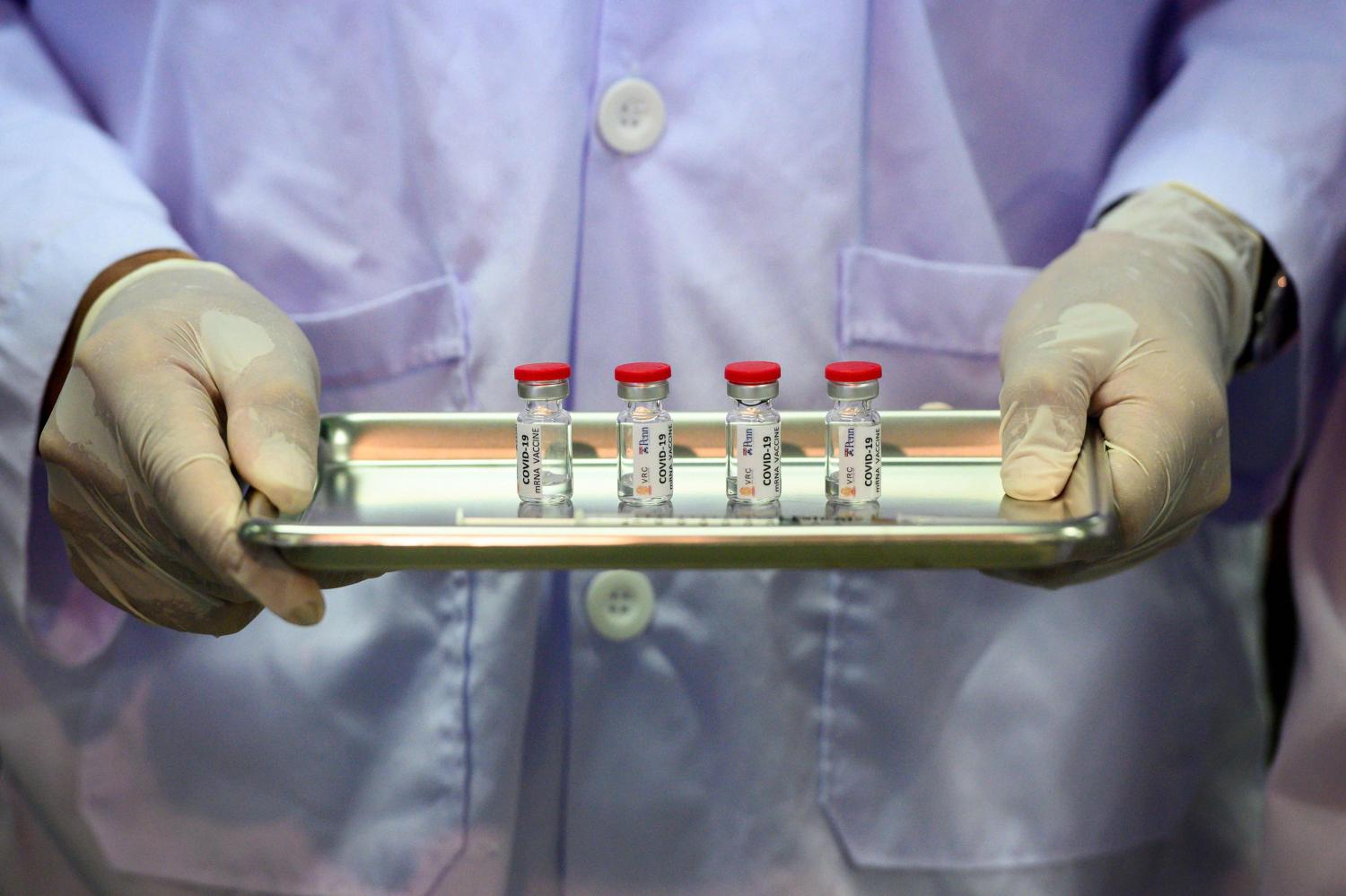 A laboratory technician holds a tray with doses of a Covid-19 vaccine candidate ready for trial on monkeys at the National Primate Research Center of Thailand at Chulalongkorn University in Saraburi. (Photos: MLADEN ANTONOV / AFP)

"While we want a safe and effective vaccine, we also have to balance that with the demands of disease burden, severity and mortality rate. To strive for a perfect vaccine that won't be available now or in the near future would be problematic. So, at this point, we are aiming for ones that are safe enough and have the potential to stimulate the immune response and be efficacious enough to use," she said.

"I think we would go for the vaccine, even if it only offered 50% protection," Punnee continued. "We want a safe vaccine that can either prevent the infection itself or lessen the severity of the disease. As a vaccinologist, it's important to prevent disease severity and mortality and if nothing else, we need this first as it can help reduce the load at hospitals which have been experiencing a shortage in staff and beds.

"Back during the cholera outbreak decades ago, the first vaccine only had a 50% efficacy rate. However, we also had food and water hygiene. Altogether, it was able to control and limit the spread of cholera. The situation is quite similar now. We may need a vaccine that doesn't have a high efficacy rate but we can use that in conjunction with protective measures such as social distancing and others. That could be enough to control the spread of the virus. It's a comprehensive strategy of prevention.

"Later on, we can continue to develop the vaccine to the point that it becomes ideal. But first, we'll use it to control the spread. We can develop improved versions in the future," Punnee added.

Regarding the fast-paced speed at which vaccine development is going, Punnee said that this was made possible due to existing technology platforms that have been used to develop other vaccines. There are also regulators, researchers and scientists watching over the process to ensure everything is up to standard.

A laboratory technician holds a tray with doses of a Covid-19 vaccine candidate ready for trial on monkeys at the National Primate Research Center of Thailand at Chulalongkorn University in Saraburi. (Photos: MLADEN ANTONOV / AFP)

Once we have the vaccine, one concern that will remain is production capacity as it will also determine the number of people the vaccine could be administered to. If it can be produced in large quantities, then it could be given to many people at once. If not, priority may be given to at-risk population groups.

"Back during the H1N1 pandemic in 2009, we were thinking that the vaccine should probably cover 60-80% of the population to stop the spread. However, considering that many people have already been infected with Covid-19 so far, it may not be necessary to administer the vaccine to that many people as some may already be immune to it. In that sense, we could give the vaccine to those who have never been infected and the elderly first.

"But, in the end, this will depend on the result of the study and the knowledge that will be acquired over time to determine who and how many people we should give the vaccine to," Punnee said.

What is the world doing?

In Japan, a vaccine for the novel coronavirus virus is unlikely to be available before the end of the year, medical experts say.

US President Donald Trump announced earlier this month a national project to accelerate the development of a coronavirus vaccine, saying he hopes for results by the "end of the year" or "maybe before".

Thailand is also conducting tests on macaque monkeys as it races to produce a cheaper, alternative coronavirus vaccine, which it hopes will be ready by 2021, a top researcher said earlier this week.