K-pop performers are known for working long hours and having little rest. This still rings true during the pandemic as every concert around the world has been prohibited, but K-pop acts kept performing.

Beyond Live was praised for its remarkable 3D augmented reality graphics with the artists performing in front of green screens. The same went for Beyond The Super Show. In the opening act, the band churned out Superman, which was impressive for both the performance and terrific AR. Individual band photos were displayed on big flags. Then, we saw eight members of the group -- the leader Leeteuk, 36, Yesung, 35, Shindong, 34, Eunhyuk, 34, Siwon, 34, Donghae, 33, Ryeowook, 32, and Kyuhyun, 32 -- sitting on thrones in a room decorated with chandeliers. The song Superman expresses their confidence in their qualities and skills. A part of the song's lyrics, "the last man standing", emphasises that they believe they could be survivors in this competitive music business. Their expression may sound arrogant, but their massive success can't be denied. 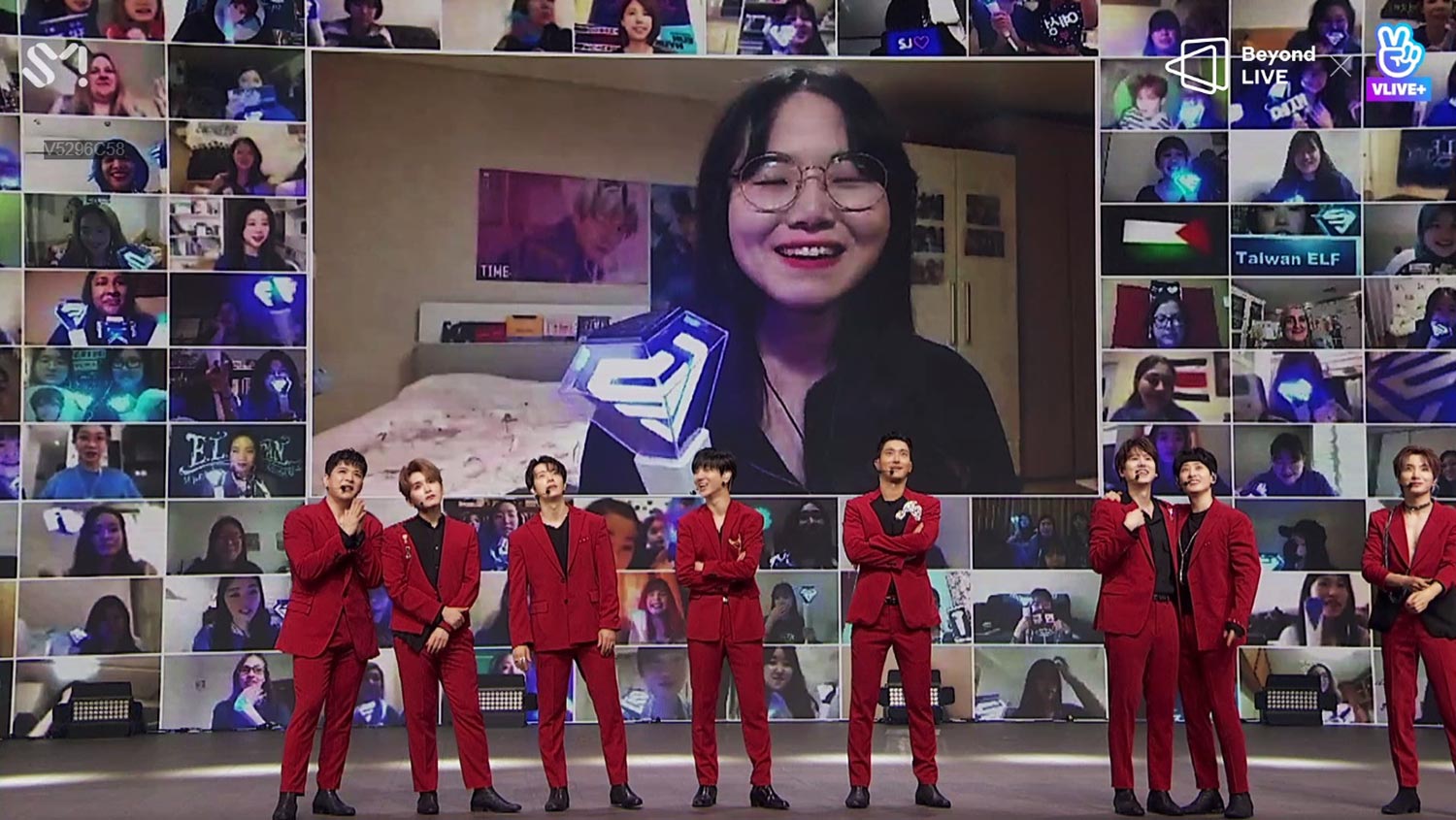 Super Junior interacted with their fans through video calls.

Since Super Junior's fan club E.L.F. has members from all over the world, each member greeted fans in several different languages including Korean, English, Japanese, Chinese, Spanish, Arabic, Bahasa Indonesian and Thai. Among 16 songs they performed were chart toppers such as Sexy, Free & Single, Mr. Simple, Mamacita, Black Suit and Sorry Sorry. These songs are catchy and entertaining with captivating choreography.

Apart from performing as a group, their two sub-units -- K.R.Y. and D&E -- were also highlighted. K.R.Y. is formed by the group's main vocalists -- Kyuhyun, Ryeowook and Yesung. The trio performed their new ballad Home from the upcoming EP album When We Were Us, which will be released on Monday. Their unique singing and flawless harmony easily mesmerises audiences. Unfortunately, the trio sang only one song. While K.R.Y. are powerhouse singers, D&E, or Donghae and Eunhyuk, are mainly dancers. Their two songs -- 'Bout You and Oppa Oppa -- were fun and full of life.

To get close to the fans, there was a session where Super Junior talked with lucky people through video calls. It was great to see them communicate the fans, but the subtitles that were supposed to provide translations promptly in 13 languages didn't work well. Viewers who couldn't understand Korean sometimes felt lost. Yet, Super Junior were always charming and comical. Despite the language barrier, we could guess the essence of what they tried to say. 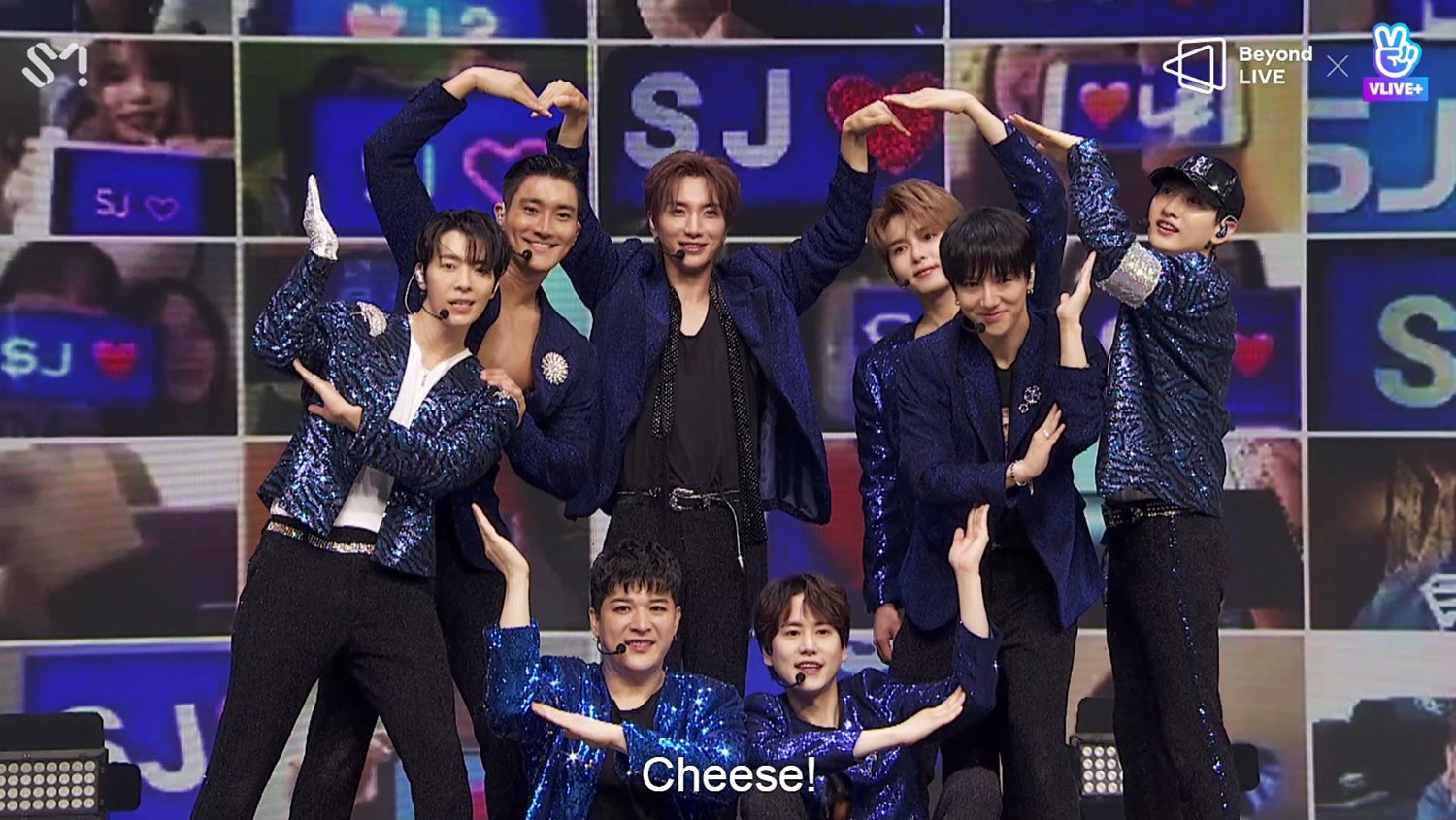 Super Junior form a heart for their fans.

Next to Super Junior, South Korea's superb technology was the next best thing at the show. It maintained high-quality images and perfectly clear audio throughout the show. It was a surprise to know the app could handle more than 123,000 viewers. The AR technology for the show created many interesting backgrounds such as a striking cathedral in Black Suit, a casino in Super Clap and a classical boarding school in Runaway. Yet, the most popular backdrop for fans was the giant reproduction of band member Siwon. SM Ent said that SK Telecom used more than 106 cameras to capture the movements of Siwon in order to create his 3D images. Another great idea for Naver V Live was the multiview function that allowed fans to see each member individually while they performed as a group. Fans could choose to focus on their favourite singer separately.

The band's final rendition was the sweet tune Shining Star. Before singing, Leeteuk presented a tribute to fans, with the name of the fan club floating across the screen. Shining Star was a warm message from Super Junior to tell fans that they were valuable to the group. The lyric "We'll always be together, till the end of time" was like a promise that they will stay with the fans for a long time.

Compared to their annual concert "Super Show", which usually takes three to four hours, "Beyond The Super Show" was too short. But with a large number of viewers and fantastic feedback, hopefully the band will return onstage later this year. 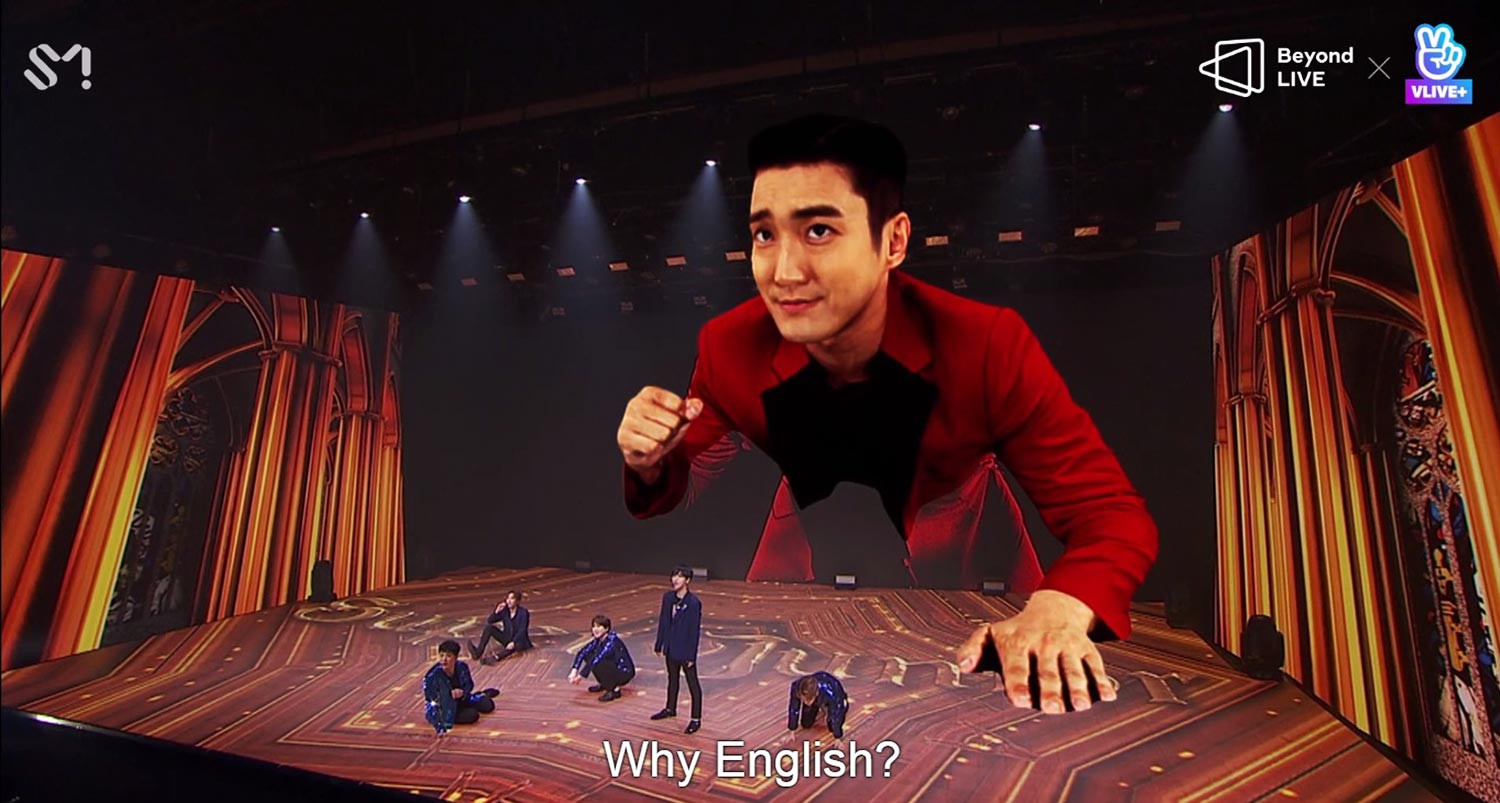 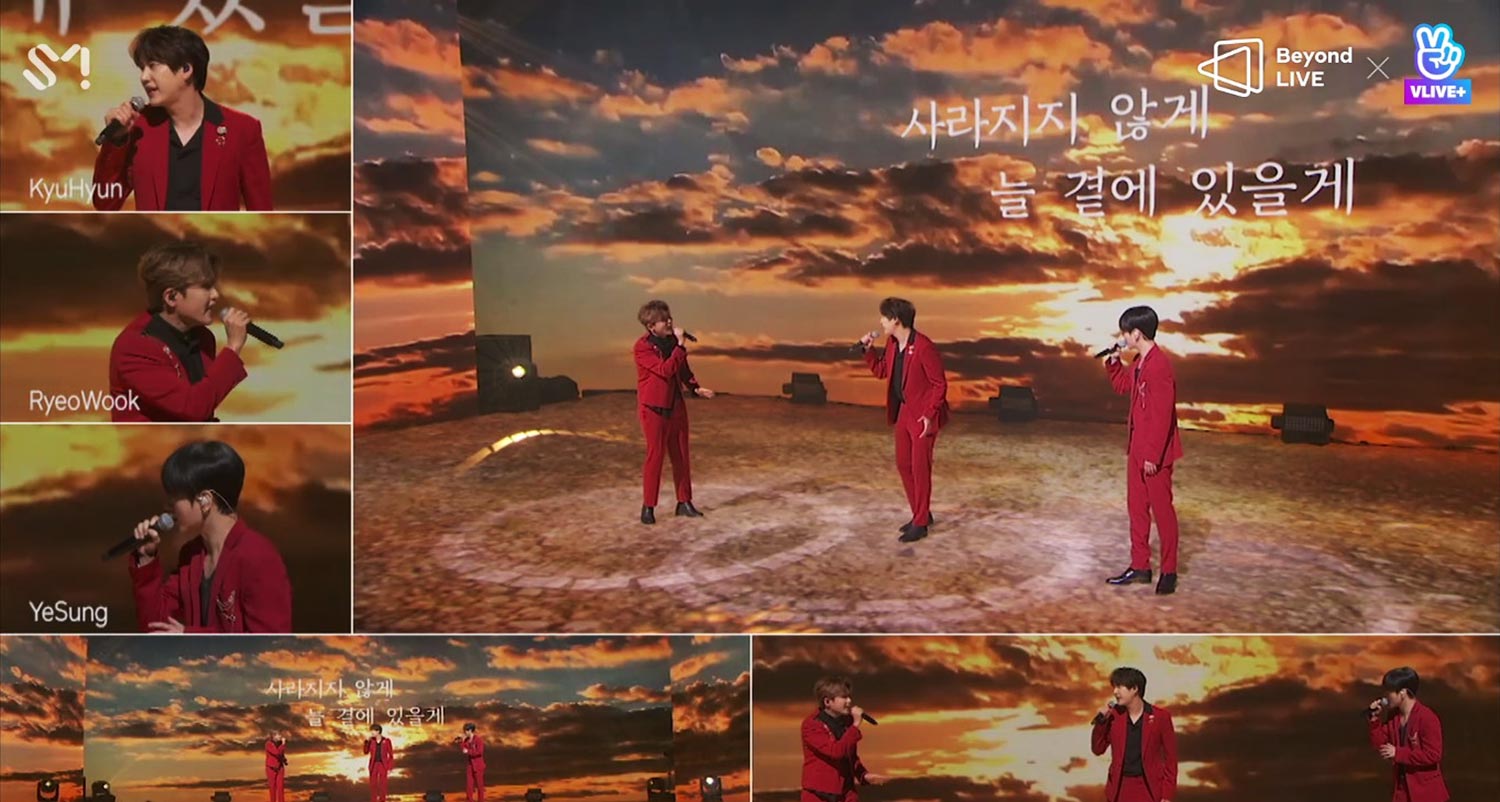