A Phitsanulok woman is warning Thais to repay their debts after the Land Execution Department seized 4 rai of family-owned land in lieu of a phone debt she failed to discharge, throwing the lives of its 11 occupants into uncertainty.

Sureeporn Srithong 38, a trader, said she is worried she and her family will be thrown off the land. The property in Phrom Phiram district was held in the names of her father and elder brother before the department seized it and sold it to a new buyer.

She would like the buyer to sell the land back to them, as it was inherited from her grandparents and they have nowhere else to go. However, the new owner, who bought the land for 530,000 baht at auction, wants 1.6 million baht, which the family cannot afford.

Revelations that family land can be seized by the state in lieu of a simple phone debt comes amid claims that department officials duped Ms Sureeporn's father, who is illiterate, into signing papers approving the seizure and subsequent sale process.

Officials, stung by negative coverage in the media, are now setting up talks with the owner to see if he will agree to sell the land back to the family at a "fair" price.

While some netizens are shocked the department would go to the extent of seizing family-owned land to pay off a personal debt, especially given the wide disparity in value between the items involved, others say Ms Sureeporn has only herself to blame for succumbing to greed.

The saga started in August four years ago, when Ms Sureeporn bought a phone from a local shop for 35,428 baht. She made a 8,500 baht downpayment, which left 26,928 baht to pay. She made two instalments of 2,496 baht, before giving up and missing the next 16 payments. The shop took legal action to recover the debt, with the department sending warning notices to Mr Sureeporn's father.

The department ultimately seized the land, home to 11 family members including her, her elder brother and father. It was sold at auction to a buyer who had long coveted the site.

He is willing to sell it back at a price of 400,000 baht per rai, which they cannot afford. Meanwhile, officials who visited Ms Sureeporn and her family on June 8 tried to formally hand back the proceeds left over from the sale of the land, minus the outstanding phone bill of 37,000 baht including interest, but were rebuffed.

"We refused to sign the papers acknowledging receipt of the funds transfer as we are worried about what might lie down the track," Ms Sureeporn said, adding her family had laid a complaint with the Damrongtham Centre, seeking a fairer deal.

The delegation included an officer from the Secretariat of the Prime Minister, president of the tambon, the local prosecutors office, and justice officials from the province, who were pictured sitting on plastic chairs amid the dust in front of the family's rundown wooden farmhouse.

"The family was aware of what was happening at every stage and did not object, though they did make it clear they wanted to buy it back," a department spokesman said.

Sgt Maj 1st Class Patthanapakorn Dontumprai, an official from the PM's Office Secretariat who visited the family, said a panel had inspected the land and spoken to the owner. Further progress would have to await the outcome of the complaint to the Damrongtham Centre.

Ms Sureeporn admits she took on the phone debt and failed to make repayments. She was selling goods in town but her income was not enough to meet the instalments.

She let the matter lapse, thinking it was no big deal. Shocked by the outcome, she hopes the saga serves as a warning to others.

"Don't go thinking you can ignore a debt and that at worst they will file to have you declared bankrupt or blacklist you. In fact, legal action over unpaid debts can be a heavy blow," she said.

Her father, Prasert Srithong, said a man from the shop turned up and asked if he was Ms Sureeporn's father. "He said the department sent him as Sureeporn was behind on phone payments. They asked me to sign papers, but did not explain what they were. I was duped, as I can't read," he said.

The land and three houses on it must be worth 1 million baht but the family now risked losing the lot over a phone debt, he grumbled. "I was initially angry with my daughter as she has caused problems for the whole family, but I have since forgiven her as she admits she was wrong," he said.

Sirisak, her elder brother, said he has a wife and three children to support. The owner had been in touch through his sister to demand rent of 3,000 baht, but they barely have enough to live on from day to day.

Neighbour Surin Kertkhuntham said the land was handed down by Mr Prasert's parents. "The person who bought it once remarked how much he liked the place, as the frontage is on the roadside and the rear is on the banks of the Nan River," he said.

Responding to the saga, netizen Nguan Nakaprasertkul said he can't feel sorry for Ms Sureeporn. "You had no money but went and bought that expensive phone anyway. You can buy a phone for just a few thousand baht," he said. The saga continues.

Netizens have warmed to the story of a 10-year-old Kamphaeng Phet boy who supports his blind Mum by getting ordained as a novice at funerals for mourners who want to make merit.

A netizen last week posted the story of Chanupong Kamkhao, or Nong Nott, who took his mother on the back of his pushbike into town for noodles. The netizen saw the pair at the eatery and shouted them a meal. 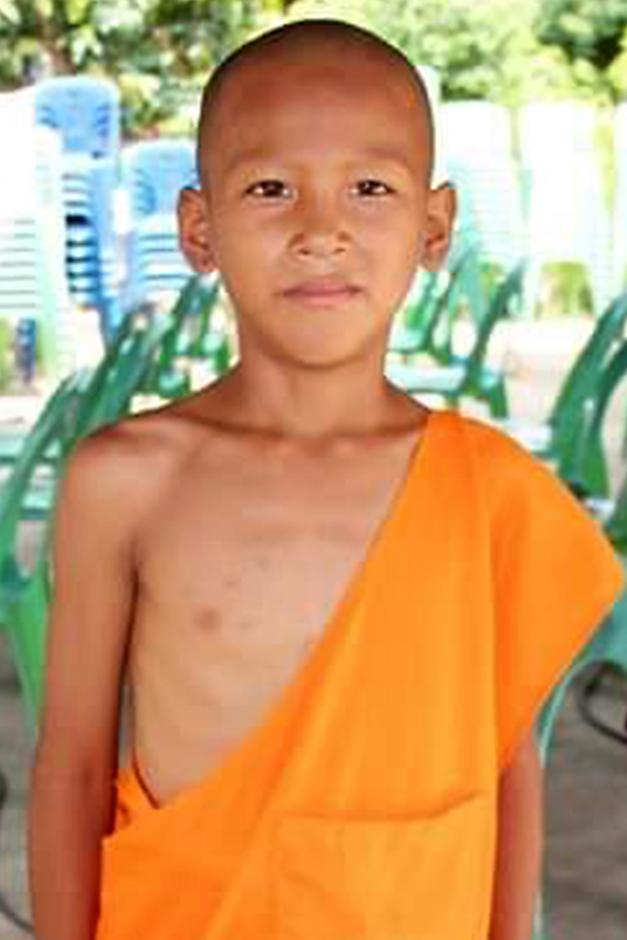 Nott lives with his mother, Boonthaen Boonsawat, 39, at her eldest daughter's two-storey wooden home in Phran Kratai district, after their corrugated iron home in the province was destroyed in a storm four months ago.

He said he fetches food for his mother every day before school starts and again at night. They have 60 baht to spend between them a day, with Ms Boonthaen earning 1,100 baht a month in state benefits for the disabled and those with low incomes.

Other than that, Nott is the sole earner for their small family, earning 20-30 baht a time fetching groceries for the neighbours, and more recently ordaining as a novice at temple funerals. Ms Boonthaen said she has four other children by another marriage, but they do not support her.

Meanwhile, mourners pay Nott and other boys at the local temple up to 300 baht a time for ordaining for a few hours "before the funeral pyre", as the custom goes, so they can make merit, should they lack relatives of their own to ordain for them.

Her story was picked up on social media and by mid-week Nott and his mother were invited on the TV current affairs show, Hone Krasae, to tell their story. Ms Boonthaen said she lost sight in one eye when a teen accidentally shot her about 10 years ago as she was leaving an eatery where she worked as a dishwasher. The teens started fighting and one pulled out a hand-made gun.

Four months ago, she said her sight started going in her other eye, and now she can barely see. She lives with Nott under her elder daughter's house as she cannot climb the stairs. She would like to regain her sight so she can see her son's face again and help him bring in an income.

Presenter Kanchai "Noom'' Kamnerdploi, who gave her bank account details, said the programme would arrange for Ms Boonthaen to visit an eye doctor.

He said King Mongkut's Institute of Technology Ladkrabang had also donated a food cart to help them make a living.

He also provided seeding money for the venture, and scholarship funds for the boy.

In an update the next day, Noom said sympathetic viewers had donated 3.23 million baht to Ms Boonthaen's account.

When Nott heard the news he gave his Mum a hug and burst into tears. "We can now have a home of our own," he said.

An ex-novice who has overcome adversity to gain entrance to a well-known university is appealing for help finding his father, whom he hasn't seen since primary school. 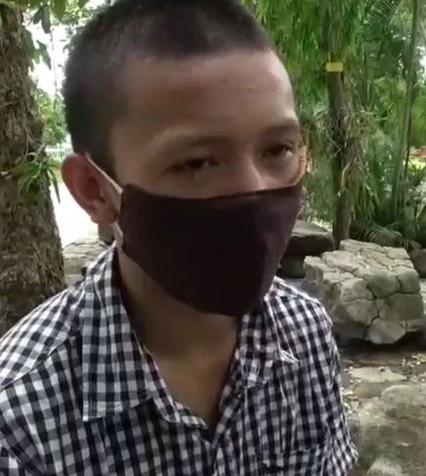 Phanomporn Srisombat or Nong Captain, 17, says he wants to share the good news with his absent father but hastens to add he does not intend asking him for money.

Thanks to his entrance exam results, Captain has gained a place at the business administration faculty of Rajamangala University of Technology Phra Nakhon. "Dad's name is Niwet Srisombat. I haven't seen him since my parents broke up and I have no idea where he is. I don't want anything but to share my success with dad and tell him his son has grown into a good lad," he told the media.

This year, all 11 Matthayom 6-level students including Captain gained entry to university, a new record for the school which despite its relative lack of resources is known for its academic prowess. The temple abbot, Phra Athikan Withaya Chitthamumo, said the school chooses mainly hill tribe children who are poor but show promise.

"We have been developing the academic stream for 10 years. We set a target of 80-90 per cent of kids gaining uni entrance but we have now reached 100 per cent," he said. The Office of the Basic Education Commission (Obec) ranks the school as third top in the region.