published : 15 Jun 2020 at 07:55
newspaper section: Life
writer: Melalin Mahavongtrakul
Volunteers and staff members with an elephant and ambulance after their work was completed. (Photos by Jetjaras Na Ranong)

A giant white truck stands tall on the ground. At first light, its cargo area is soon filled with sacks of rice and food items packed by a group of volunteers and staff who had gathered at the Thai Elephants Conservation Centre in Khao Yai on a recent weekend. With their collective effort, the packing and loading process is completed in no time and the truck is ready to roll.

For the past six years, this very same truck has been serving as an elephant ambulance transporting sick elephants all over the country to make sure they get the necessary medical help needed at hospitals. However, amid the Covid-19 pandemic, the ambulance has found another purpose and now has the new task of delivering society's goodwill and support relief efforts to underprivileged and vulnerable groups in different corners of Thailand.

Alongkot Chukaew, director of the Thai Elephants Research and Conservation Fund under General Chatichai Choonhavan Foundation, said that the elephant ambulance was created through fundraising campaigns with the help of actors Alex Rendell and Jarinporn Joonkiat. T-shirts were sold for over a year to raise funds for a vehicle that could carry an elephant. Eventually, about 2 million baht was raised, however, it was still not enough. Fortunately, Hino, a vehicle manufacturer, later donated a truck body to the NGO to modify according to their needs and soon after the first elephant ambulance in the country was able to begin its life-saving mission.

"From every headlight, wire, to sticker plastered on its side, this ambulance was born from the power of participation by people. It belongs to the people. And it is now going out to save people, too," said Alongkot.

There are now two elephant ambulances in Thailand. The other belongs to Kasetsart University, who built their model using the blueprint of the NGO's ambulance.

"The problem with domestic elephants is that they die because they can't see veterinarians or go to the hospital when they get sick. Due to their size and weight, it can be expensive to hire a truck big enough to transport them to where they can get necessary treatment," said Alongkot. "So, it's long been a dream to make this ambulance a reality. When we finally did, the ambulance was usually on standby in Khao Yai, waiting for a distress call from anywhere in the country. When we did receive a call, we rushed to their aid to transport elephants to the hospital and then back home without charging any fee."

Today, while the ambulance still prioritises transporting sick elephants, the elephant ambulance also lends itself to delivering relief to vulnerable people and elephants affected by Covid-19 and the subsequent lockdown. The ambulance made its first relief run in April and has since then trekked across the country to deliver food items to old, disabled, pregnant and breastfeeding elephants, their mahouts, elephant camps, and also stateless people. The food has been sourced through the NGO's expansive network as well as from donations made by different organisations and the public.

The NGO's staff and instructor Phonsiri Suphasree always accompanies the elephant ambulance with another staff member to transport food to the underprivileged. He has driven long hours to reach his destination on time and even slept inside the truck as accommodations were closed during the lockdown.

"Some of the people we delivered the food to had to walk out of the forest to meet us. Then, they also had to carry the rice home for many kilometres. They could be waiting for hours since early morning if we arrived late. So, we tried to reach each destination early, too, so that they don't have to wait a long time," said Phonsiri. "It's OK for us to be tired. If one person is tired but hundreds get to have food, that's a good trade."

The spread of Covid-19 has negatively impacted several industries, with tourism among the ones taking the biggest hit. The impact has been growing steadily as the number of tourists has decreased since early this year. However, the lockdown has delivered the harshest blow. Elephant camps and related operators which have relied on both local and international tourists are now suffering from a loss of income and are struggling to keep up with expenses.

"It has been difficult for many to even find something to feed their elephants or to obtain food from other provinces. Some places also don't have any natural food sources for elephants," explained Alongkot.

"The effects on these elephant camps will last a very long time. Even when the lockdown is lifted, the entire industry won't be able to make a comeback so easily. Some will have to invest in their business again. Some may even close down." 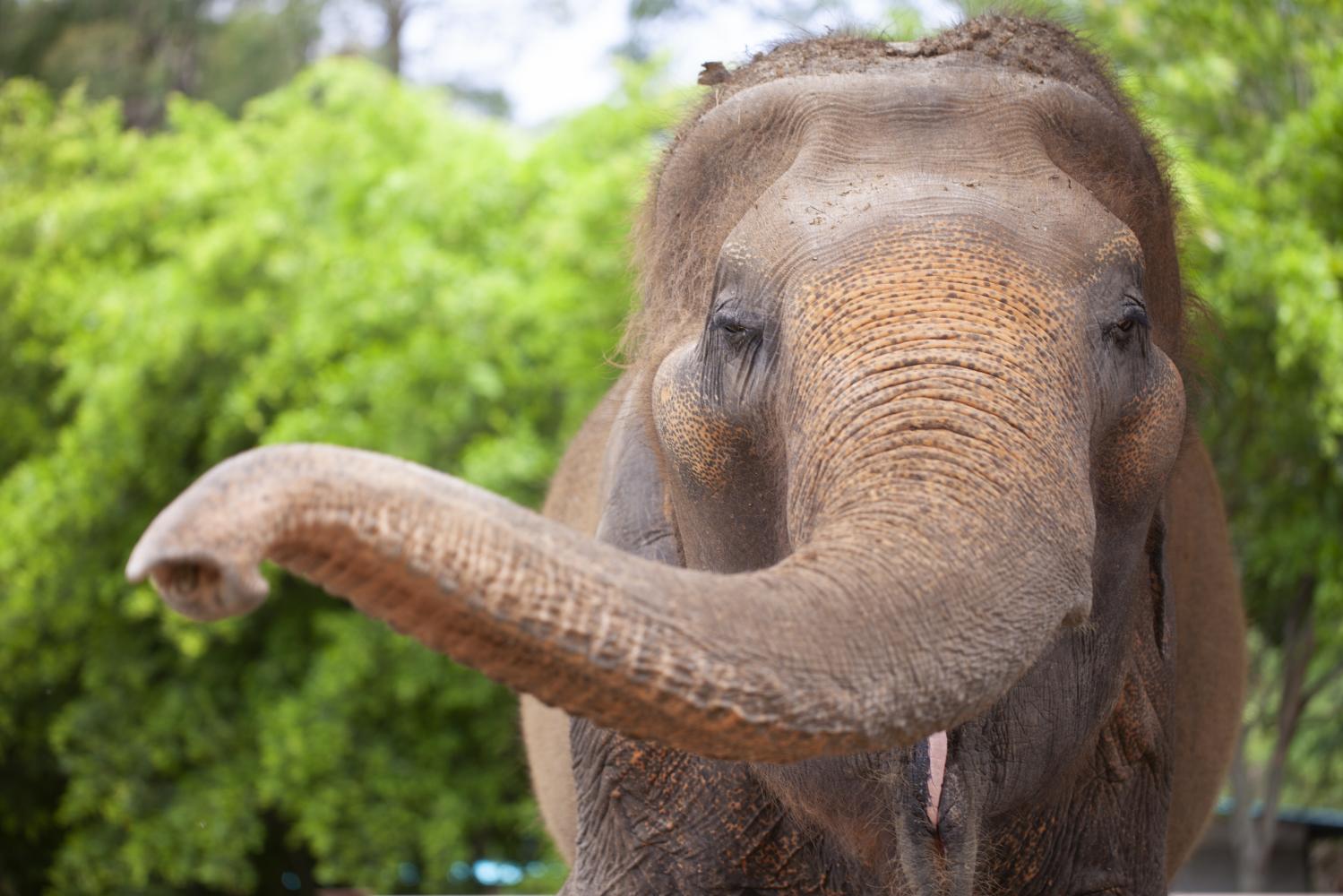 In addition to helping these camps, elephants and mahouts, the NGO is also extending its help to vulnerable population groups such as Moken, Urak Lawoi and the Moklen people who are sea gypsies native to the Andaman. Many people in these communities have worked within the tourism and hospitality sector and have lost their job during the pandemic. Due to their stateless status, they have found it impossible to approach the authorities for help during sudden unemployment. Moreover, they lack access to Thai state welfare benefits.

As part of relief efforts, the ambulance has also helped in facilitating exchanges between communities from two opposite ends of the country. It has transported rice from the S'gaw people in Northern Thailand to Chao Le (sea people) in the South and brought back salted fish from the South in exchange for Northern rice.

In sending relief to these sea people, the NGO received help from the Royal Thai Navy, which used its ship to complete the remaining distance on water to transport food items to their final destination.

"What I was most impressed with was seeing people's goodwill and generosity during this time," Phonsiri said of his experience aboard the elephant ambulance in recent months. "People shared things with one another with a smile on their face, even though they were also suffering themselves. There was a mahout who got a bag of rice from us and asked if he could use that to trade for elephant food. He traded that and got a truckload of bananas in return. In this Land of Smiles, we help each other in times of crisis because we can't just save ourselves. We have to save others, too."

The NGO plans to send the elephant ambulance out on this special mission for at least another six months. Meanwhile, it will also try to involve public participation as much as it can to make this relief effort sustainable. 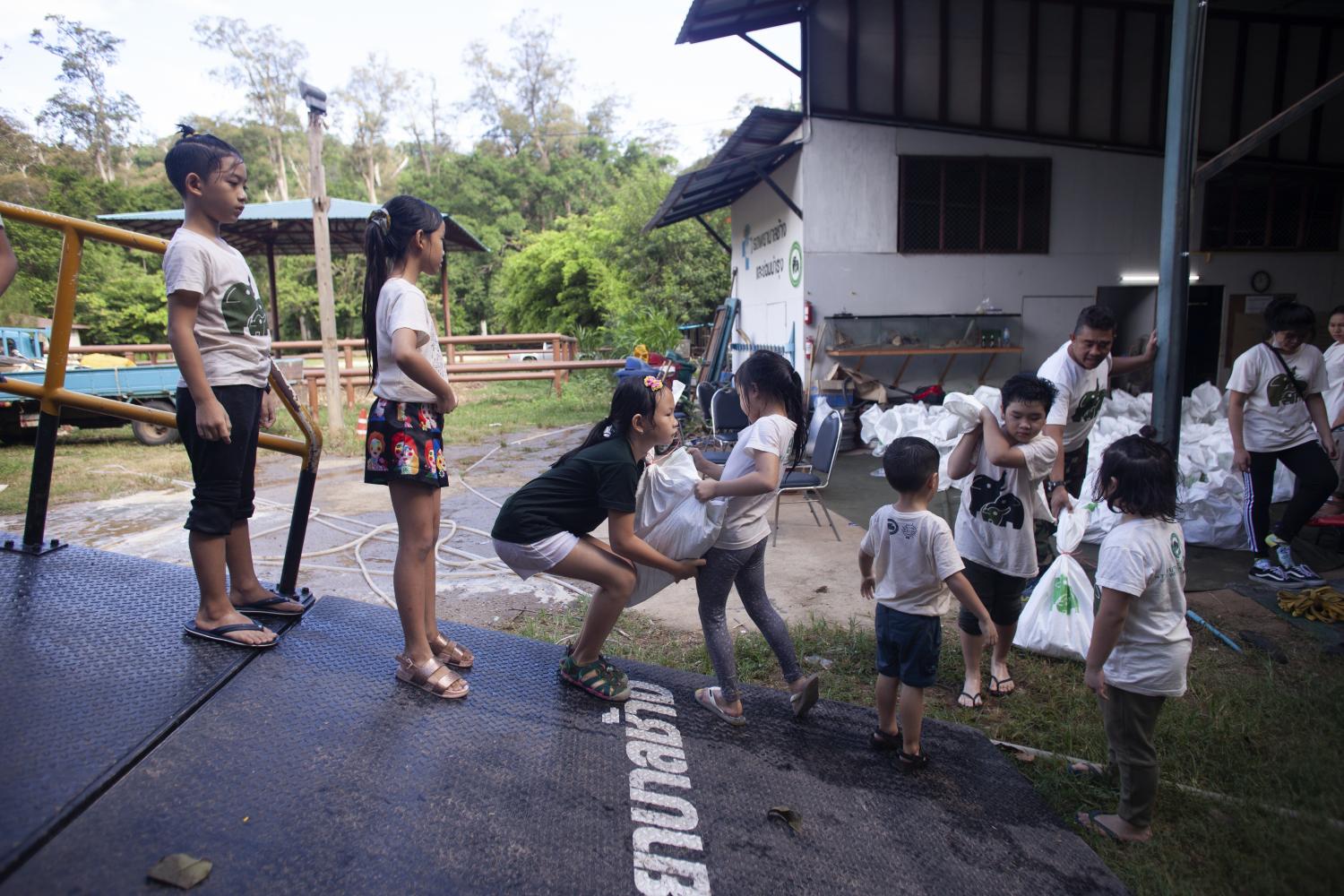 Young volunteers form a line to pass packed sacks up the ramp and into the truck. 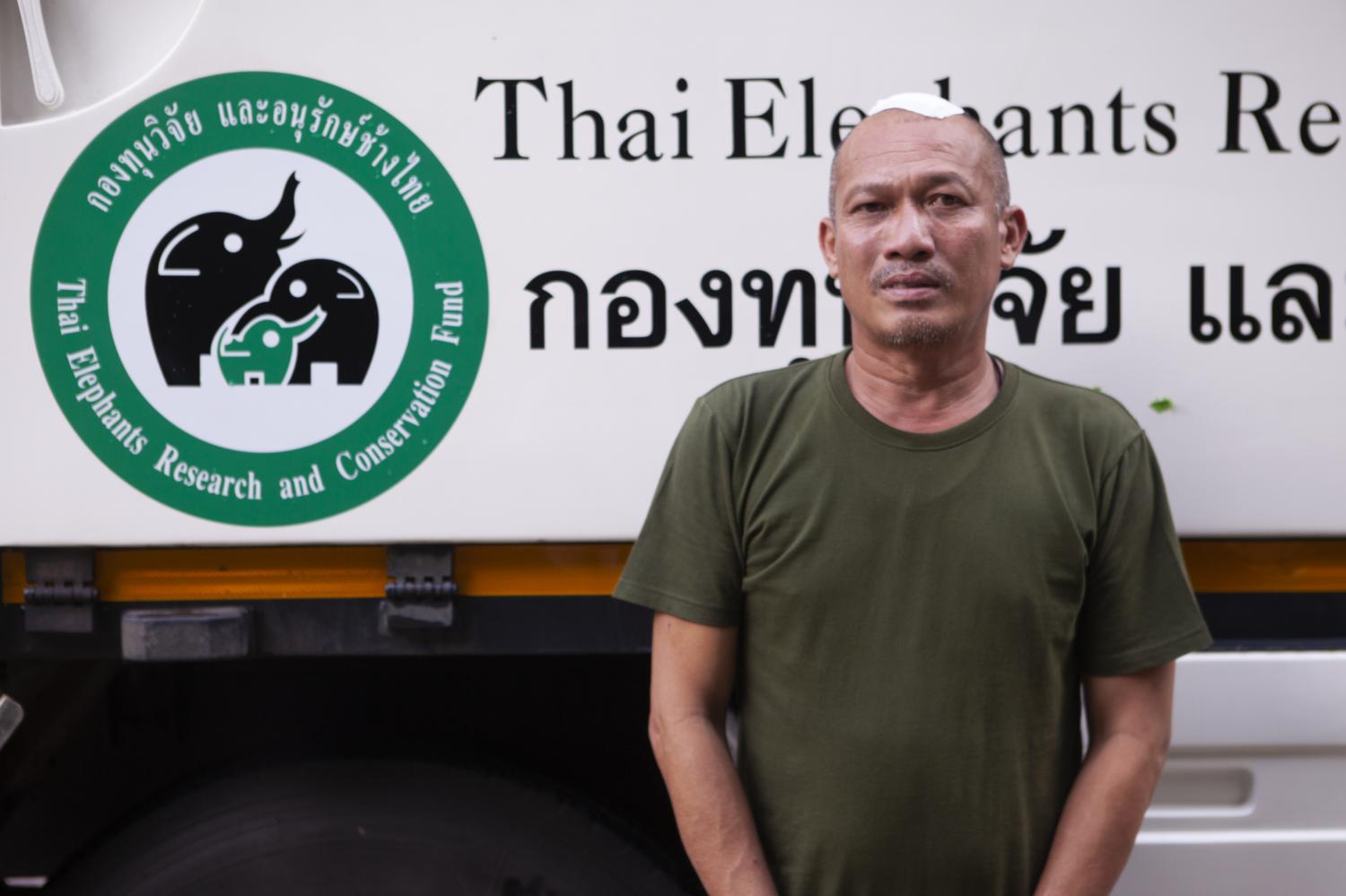 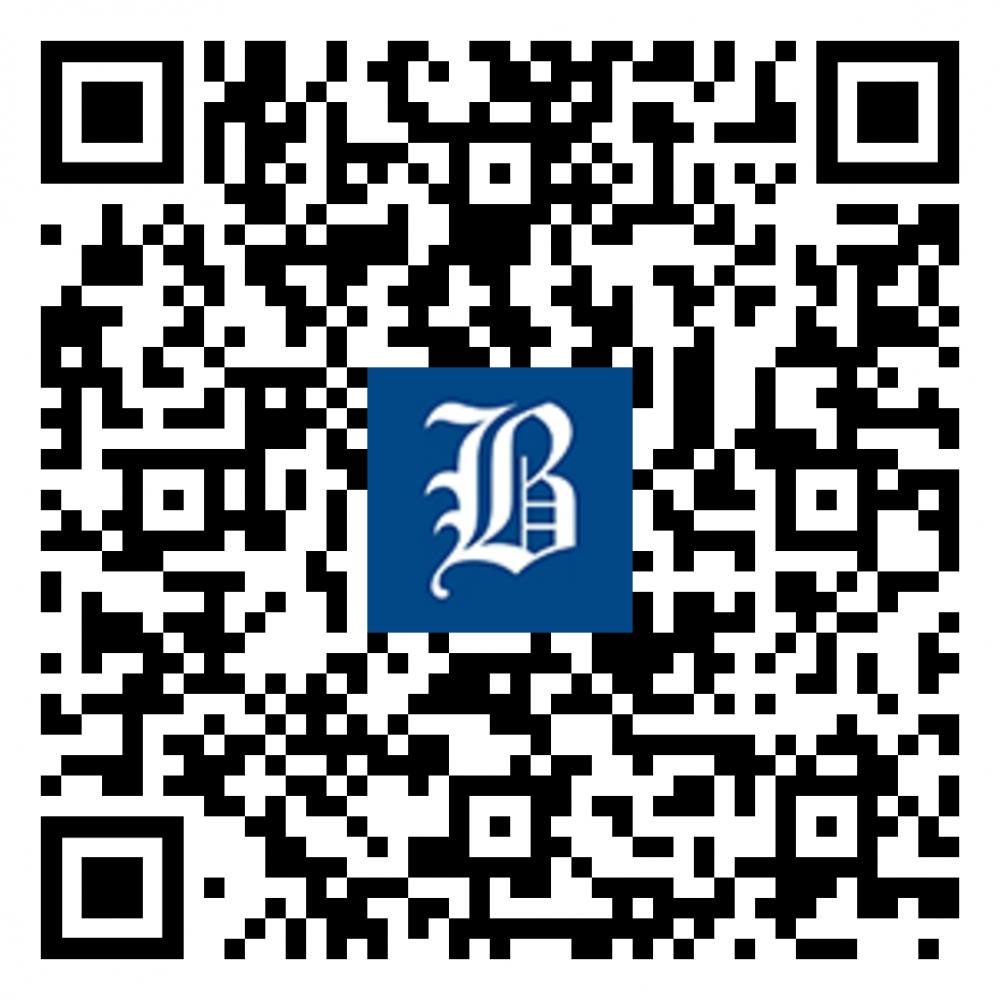