On the occasion of Pride Month, a review of the latest happenings regarding LGBTI inclusivity 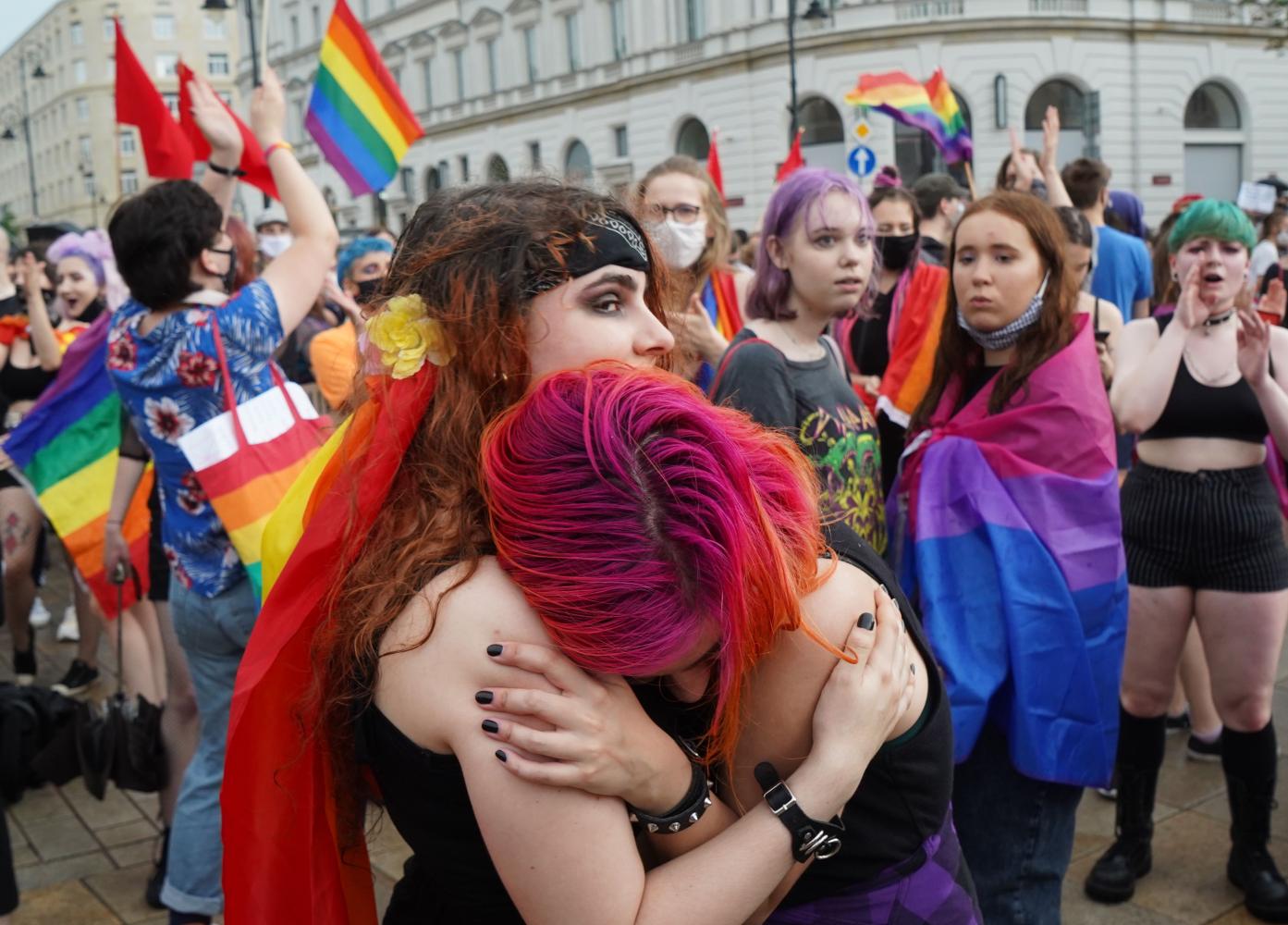 Protesters at a demonstration against LGBTI discrimination in front of the presidential palace in Warsaw.

Pride Month has had some surprises in store for us.

Recently, the Chanthaburi governor released an official document to promote gender equality and eradicate discrimination within the workplace. The announcement said that local government officials may now dress according to their sexuality. Moreover, job advertisements and opportunities also shouldn't take gender into consideration but rather focus on a person's performance. People within the organisation should be mindful of their words and actions to avoid discriminating or violating the rights of others. Different committees and positions should also be inclusive and represent a diverse and equal society.

This announcement was considered the first time a government agency formally acknowledged LGBTI rights. Just days later, Pathum Thani province also followed suit and released a similar announcement. As we rejoiced, local activists suggested that everyone will need to keep an eye on how this will be enforced in real life.

In other good news, the Move Forward Party announced that it is pushing for the amendment of the country's marriage law to allow same-sex couples to legally wed. The draft bill -- which will be proposed to the parliament -- seeks to change the definition of marriage from between "man and woman" to "person and person", and will grant same-sex couples the same rights as heterosexual couples. 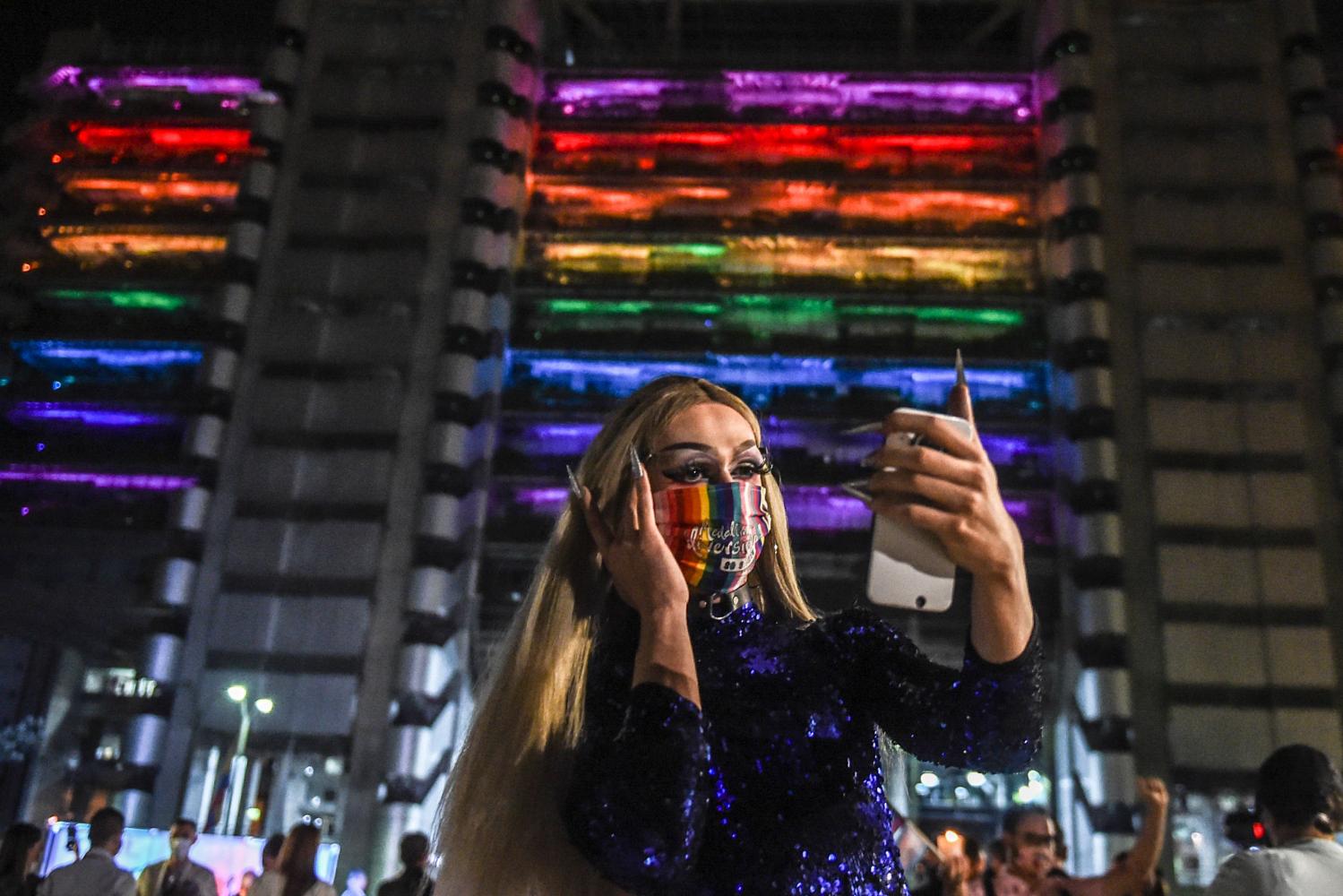 But not every news is welcoming. It's also not even surprising anymore unfortunately. Recently, documents from local schools have surfaced online, highlighting the discrimination and prejudice within the education sector. At one school in the Kaset-Nawamin neighbourhood, a student evaluation document calls "gender deviation" -- used here to indicate homosexuality and non-conforming gender expression -- an offence that may lead a student to be suspended.

Elsewhere, a document on student governance from the Sarasas Affiliated Schools was shared on social media and was met with instant backlash. The document said that teachers should discourage "abnormal" gender expression and that the "third gender" must not be seen or the school will risk losing its popularity and parental support.

At least, things are looking better at the tertiary level with Thammasat University and Navamindradhiraj University officially allowing their students to dress according to their sexuality during classes, exams, internships and graduation, as well as in their photos on the university's official documents.

As we see promising progress in areas concerning the older population, it is worrying that in places that heavily influence and impact children such as schools are still operating with such a negative mindset. 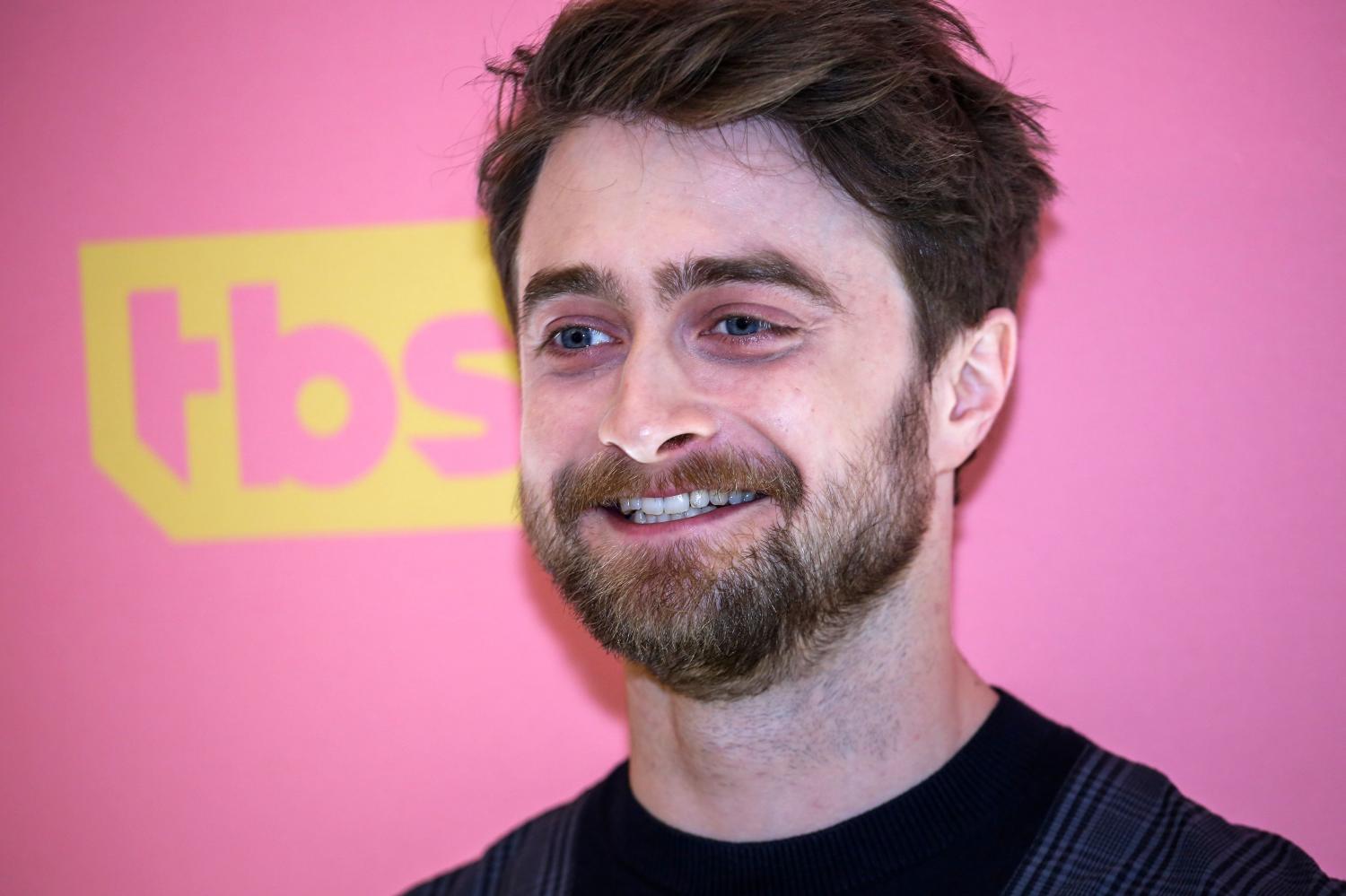 Defence against the transphobia

The wizards and witches of the Harry Potter universe recently took a united front against an unlikely opponent: their own creator.

Earlier this month, J.K. Rowling, the famed author who created the extensive magical world, released a lengthy essay on her website criticising the transgender rights movement, which many feel highlights her own misinformation about the trans population. Rowling's message didn't exactly come out of the blue. Last year, she defended Maya Forstater, whose contract wasn't renewed by her employer due to her insisting on misgendering transgender people. Recently, Rowling also took issue with the use of "people who menstruate" in place of the word "women". On social media, the author is now being referred to as TERF, or trans-exclusionary radical feminist.

While LGBTI fans of the series are disappointed that Rowling chose to use her platform and position of fame in a hurtful way, they were more than proud when their beloved Dumbledore's Army came to the rescue. Daniel Radcliffe, who played the iconic Boy Who Lived, took to the website of The Trevor Project -- an organisation that provides crisis intervention and suicide prevention services to LGBTI youths -- to show his support for the transgender community. In his statement, he said "transgender women are women" and that any contradiction to this "erases the identity and dignity of transgender people".

In addition to Radcliffe, his co-stars Emma Watson, Rupert Grint, and more, as well as Fantastic Beasts stars like Eddie Redmayne (who played trans woman Lili Elbe in The Danish Girl) and Dan Fogler also voiced their supports online to the transgender community. Moreover, four authors represented by the same literary agency as Rowling have since resigned, claiming in an open letter that the agency had failed to commit to supporting trans rights and equality.

Some readers said they felt betrayed by the author's comments, which contradict the theme of Harry Potter books about love and acceptance. Can we still love the works when we've already lost faith in its creator? Fans are now contemplating how they are supposed to move forward with the fandom they've been a part of for years.

Perhaps the best advice comes from Radcliffe himself as he addressed this issue towards the end of his statement.

"If these books taught you that love is the strongest force in the universe, capable of overcoming anything; if they taught you that strength is found in diversity, and that dogmatic ideas of pureness lead to the oppression of vulnerable groups; if you believe that a particular character is trans, non-binary, or gender fluid, or that they are gay or bisexual; if you found anything in these stories that resonated with you and helped you at any time in your life -- then that is between you and the book that you read, and it is sacred. And in my opinion, nobody can touch that," read Radcliffe's message. 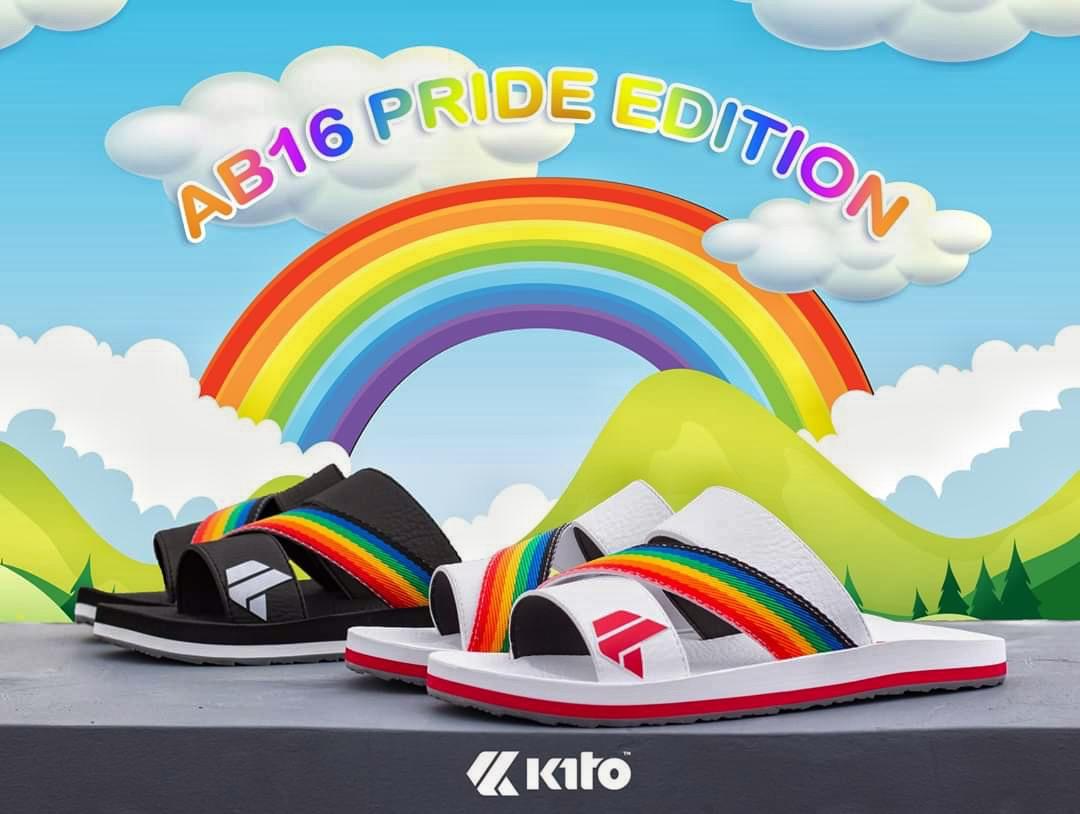 Some queer films are now showing in cinemas. At House Samyan, Call Me By Your Name is back in session. Follow Elio and Oliver (and the peach) to 1980s Northern Italy in a story based on a novel by André Aciman. A sequel has since been confirmed by director Luca Guadagnino. At Lido Connect, Tangerine and Tomcat are approaching the end of their screenings. Catch them before they leave the cinema.

Rainbows are being splashed across the market with Thai brands releasing Pride edition of their products. Ice cream parlour Guss Damn Good has its "Equality" flavour, which packs toffee crack and rainbow sprinkle in fresh milk ice cream. The shop also sported a big rainbow pride flag along its sales counter. Kito, a footwear manufacturer, also hopped on the bandwagon and has put a rainbow in every step by releasing its Pride flip-flops.

Nadao Bangkok's series of short films, Gak Tua (Quarantine Stories), feature two LGBTI storylines. The stories -- Close Friend and What Happened Last Night? -- can be pretty similar in themes as they revolve around a friendship of same-sex characters that yearns to be something more. The two shorts are available to watch for free on Nadao Bangkok's YouTube Channel. 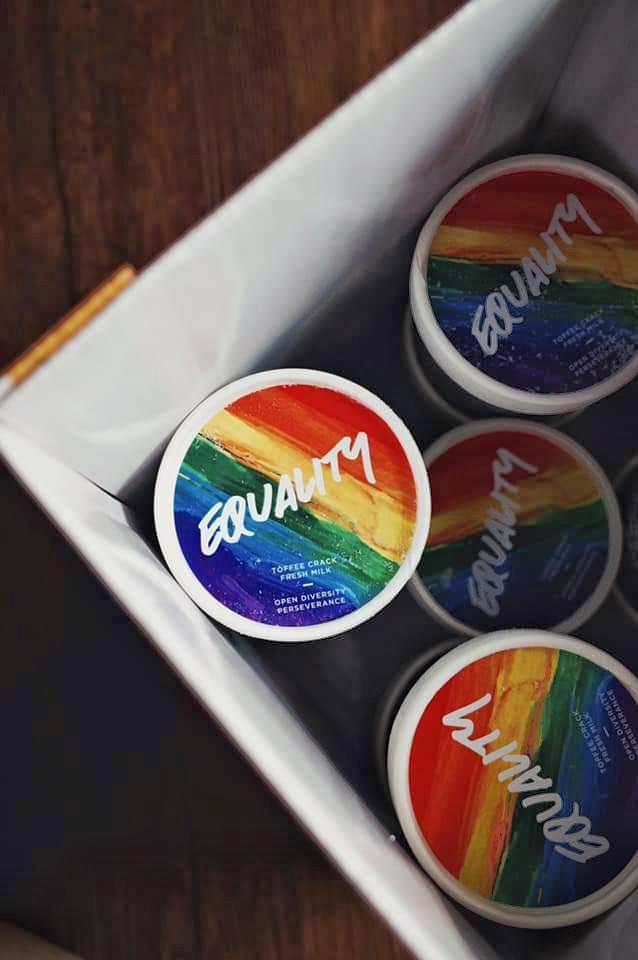 Kleenex recently released an online ad featuring a transgender man as he goes back to his all-girl school reunion. The short ad, running at 18 seconds, talks about a friendship that lasts despite changing time or appearance. Despite its heartwarming tone, the ad was criticised for referring to the transgender man in the story as "Nang", which is an informal title used to call women. Some feel this is disrespectful to the transgender identity.

Egyptian LGBTI rights activist Sarah Hegazy took her own life while in exile in Canada. In 2017, she attended a concert of Mashrou' Leila -- a Lebanese band with an openly gay lead singer -- in Cairo and daringly raised a rainbow flag there, which led to her being detained by the Egyptian authorities. Hegazy was reportedly tortured and abused while in detention. She was later released and sought asylum in Canada in 2018. The trauma she endured in prison was believed to be the cause that drove her to commit suicide.

June 12 marked the fourth anniversary of the shooting at Pulse gay nightclub in Orlando. As the communities remembered the 49 lives lost that day, they were also baffled and hurt to learn that the Trump administration has decided to eliminate the transgender healthcare protection against discrimination which was in place since Obama's era. The announcement came right on the Pulse anniversary and in the middle of Pride Month. Then, a few days later, the US Supreme Court ruled that the civil rights law now protects LGBTI workers from gender-based employment discrimination. What a time to be in America.

On Netflix, watch Disclosure, an American documentary that presents an eye-opening look at the depiction of transgender people on television and film. As about 80% of the population has never met a transgender person, what they know and understand about trans is based on media depictions. At times, these depictions may foster stereotypical portrayals, with little participation from transgender people themselves. Director Sam Feder brings trans creatives and thinkers, such as Laverne Cox, Lilly Wachowski, and more to share their analysis. 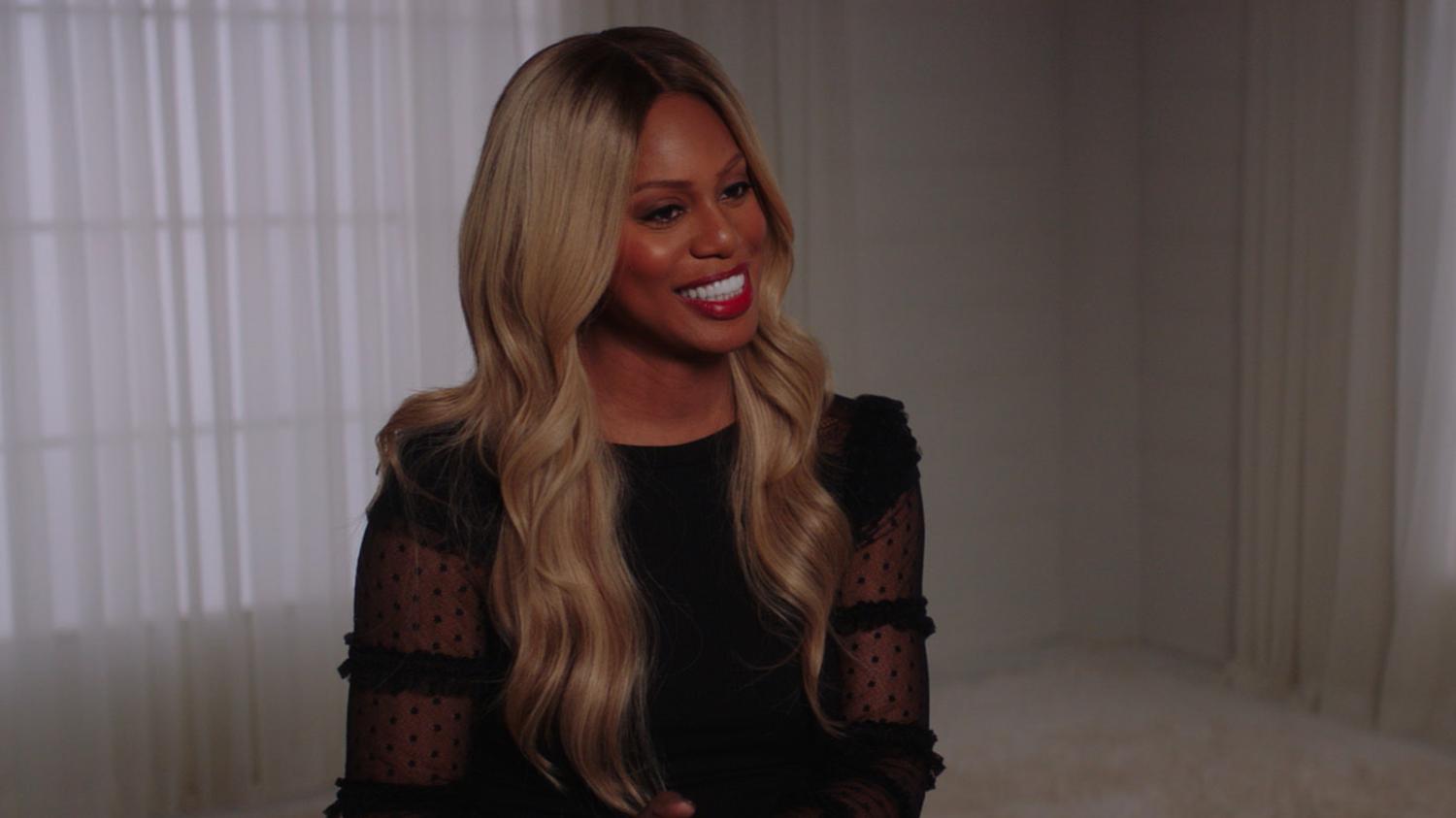 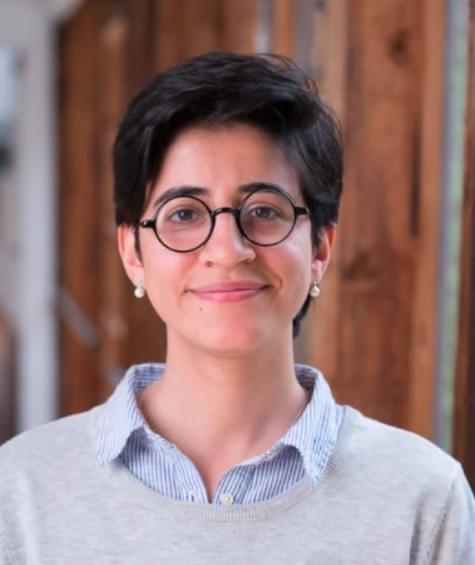