published : 20 Jul 2020 at 08:07
newspaper section: Life
writer: Kamonrat Chayamarit
The painting Smiley Face by Jaran Boonpraderm is currently on exhibition at the BACC.

Lockdowns have forced artists and other creative professionals to either adapt or "die spiritually", while still being alive. Amid the Covid-19 pandemic, people have had time to reflect on what is essential for their lives, families and careers. In this context, the role of creative industries is all the more important as professionals are speaking up and making themselves heard.

Since 2010, Thailand has been proud of its creative economy strategy, however, little has been done at the highest level as few policy changes have been made. As in many other industries, Covid-19 has transformed the creative sector in ways that would have been previously thought impossible just three months ago, especially in terms of working from home, digitalisation and adopting new work modalities. New forms and channels for creative expression are being found but adaptation has to involve new strategies of advocacy and building partnerships, including with government agencies.

Under the framework of the 2005 Convention on Promoting and Protecting the Diversity of Cultural Expressions, Unesco Bangkok has been organising a series of webinars since May with leading members of Thailand's cultural and creative industry sectors and civil society assessing the impact of Covid-19, new challenges, and required changes at the policy level. Sessions have covered independent film, literature and publishing, performing arts, visual and fine arts, architecture and design, music, and heritage sites and museums as part of the global movement #ResiliArt.

"For the performing arts sector, we lack a loud collective voice of artists in the country for the government to hear," said Raksa Kongdeng, the New York-based executive director of the Thai Theatre Foundation. "During Covid-19, we have been able to collect 180 surveys from performing artists so we could request the government to help us with specific needs such as stimulating investment within the theatre sector, providing infrastructure support, and offering incentives to encourage in-person attendance." 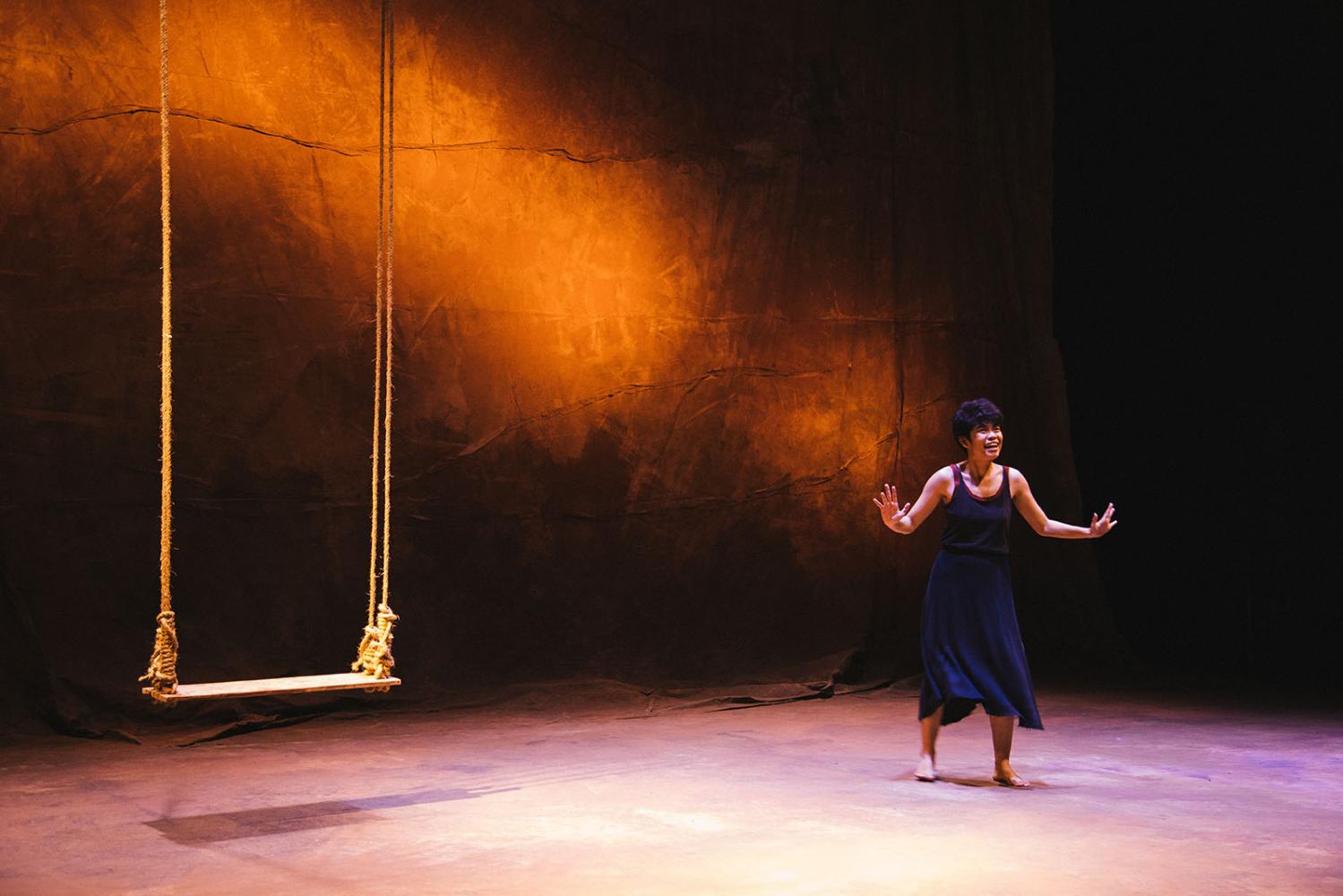 Peangdao Jariyapun appears in a solo performance titled The Syringa Tree in 2008, which serves as an example of the robust cultural offerings in Thailand that have been overlooked for policy support. Teeraphan Ngowjeenanan

Related government agencies such as the Creative Economy Agency and Ministry of Culture have also reached out to artists and others who are being impacted by Covid-19. For artists, it is not only livelihoods at stake but also their ability to express themselves and maintain their artistic freedom amid the lockdown and the future in light of government policies.

The pandemic has raised awareness about problems that have been swept beneath the rug for too long. Artists and cultural practitioners do not have a recognised status in government policies, which is why they were not targeted in welfare packages at the onset of the pandemic but instead lumped in the general unemployment category. However, artists have unique career trajectories, often either as freelancers while many also have second jobs that can make it difficult to qualify for government assistance.

Many businesses focusing on creative productions are SMEs with an emphasis on "small" rather than "medium", with a maximum of six months' reserve liquidity and limited access to loans, which is the case for small enterprises in most sectors. Across the economy, SMEs have reported difficulty in qualifying for Covid-19 assistance schemes and are more likely to shut down as a result of the economic disruption.

When Covid-19 hit, the government responded quickly with the "leave no one behind" 5,000 baht aid scheme but cultural and creative workers were not included in the first round because there was not a unified database of artists, creative professionals and cultural practitioners. In that context, aid to the sector was never inclusive. 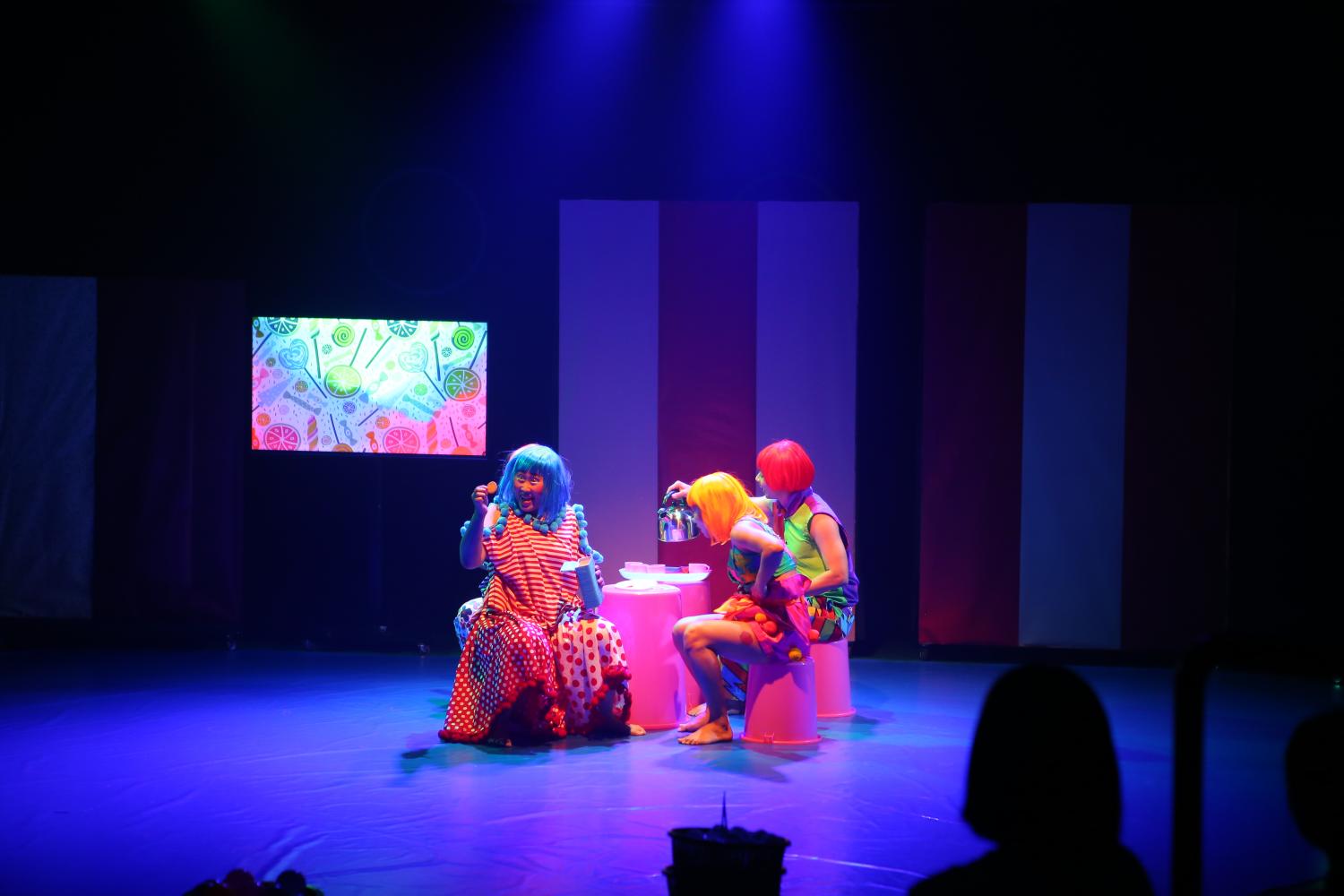 Moreover, physical distancing measures implemented for public health safety have also fostered a silo mentality with professionals working in isolation and alone. There needs to be a transformation of behaviour to foster collaboration. This should have already taken place within the framework of the Creative Economy Agency, but in reality, it has not. Ironically, the disruption caused by Covid-19 has encouraged cooperation that had previously been lacking.

"We have been coordinating among ourselves and with the government to drive change at the policy level, rather than just one-off support," said Attinuch Tantivit, owner of Atta gallery and founding member of Creative District Bangkok. "We hope to understand the contemporary arts sector ecosystem and would like to see the collaboration between government, civil society and the private sector."

In the coming months, the government will be deciding on a 1-trillion-baht bailout package for people affected by the pandemic and to support the economy. Such policies need to have a long-term perspective and be more flexible, rather than static and include public consultation and participation. The pandemic has highlighted the shortcomings of previous approaches. 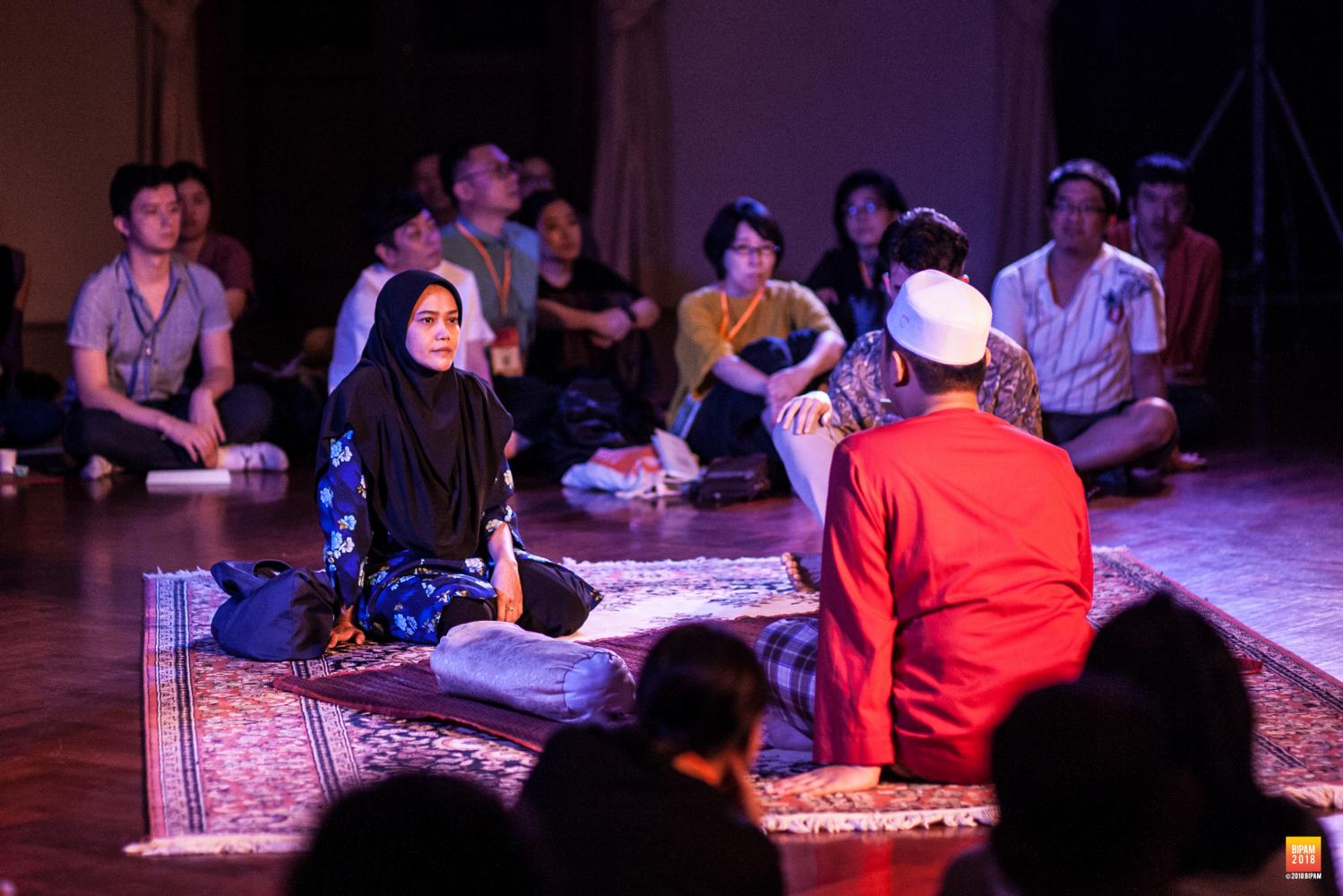 "If you ask anyone in architecture and the design industry about policy, one thing you will hear repeatedly is that our existing policy is static and has no long-term vision," said Yossapon Boonsom, a landscape architect and co-founder of Shma Landscape Company. "That undermines the ability to adapt to rapid changes."

The top priority is to increase cooperation within the government and civil society organisations in creative domains to better understand the challenges facing the creative sectors. These challenges are long-term but structural in nature despite being aggravated by the pandemic.

"Each year, universities produce many creative graduates," said Surachai Puthikulangkura, owner of Illusion CGI. "There is no strategy to nurture those creative minds and provide jobs. One role of the government is to facilitate those young and talented groups to expose them to international markets and help them to negotiate with global markets."

Now is the time and opportunity to make changes for the betterment of the culture and creative industries as a bedrock strength of the country. In June, the government announced that it was willing to hear from the public and work with society in the context of the current challenges. History has proven that sometimes a crisis is an opportunity to address deep-rooted problems. There is no need to wait for another crisis before making needed changes now.

Kamonrat Chayamarit is a programme officer with the Culture Unit at Unesco Bangkok. 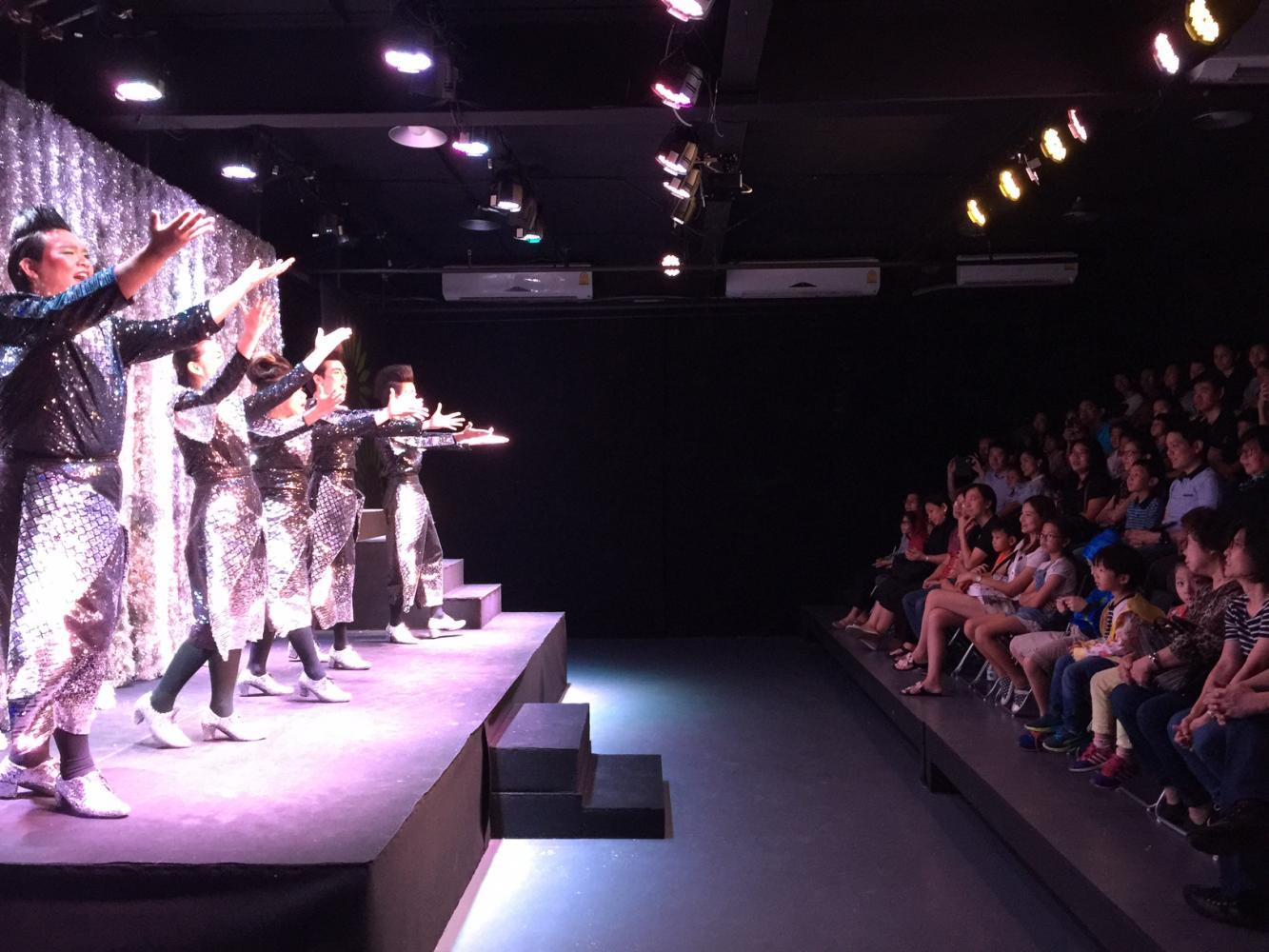