A deal to save the planet
Life
Social & Lifestyle

A deal to save the planet

The rising temperature of Earth's climate is wreaking havoc on our ecosystems by generating extreme changes in the weather, unresolved seasonal changes, and ecological damage. While there is ample evidence to suggest climate change took place even in prehistoric times, scientists have observed that the rate and degree of change since the mid-20th century has been accelerating, concluding that human activity has been the major driving force underlying this drastic transformation. 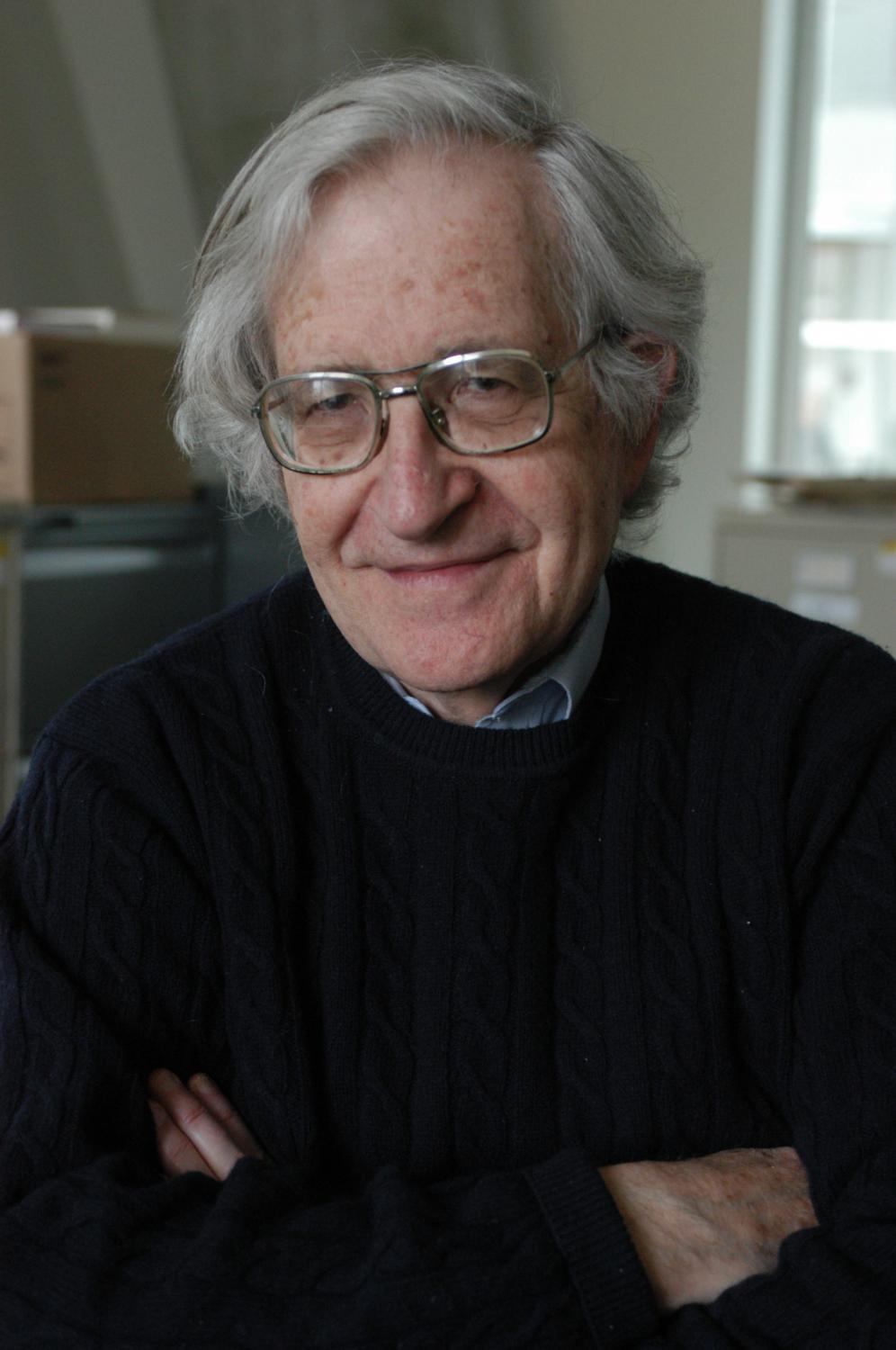 The climate crisis obviously isn't the sole concern for climatologists. In the book Climate Crisis And The Global Green New Deal, Noam Chomsky and Robert Pollin tackle some fundamental issues about the crisis and discuss radical socioeconomic and political solutions necessary to avoid destructive consequences.

Chomsky is Professor Emeritus of Linguistics at MIT and Laureate Professor of Linguistics at the University of Arizona. He is a historian, political activist, and a world-renowned critic of US social and foreign policies. Meanwhile, Pollin is a distinguished university Professor of Economics and co-director of the Political Economy Research Institute at the University of Massachusetts at Amherst.

Bob, what is the Green New Deal? What are its main provisions?

Robert Pollin: The core features of the Green New Deal consist of a worldwide programme to invest between 2% to 3% of global GDP every year to raise energy efficiency standards and expand lean renewable energy supplies. This global investment project is consistent with expanding work opportunities, raising the living standards of the masses, and fighting poverty in all regions of the world. The original New Deal under Franklin D Roosevelt's administration was a project to advance equality and social justice within the US capitalistic system while also confront the 1930s Great Depression crisis. The term "Green New Deal" thus offers an evocative and generally useful framework for the immense challenges we face today with climate change.

In October 2018, the Intergovernmental Panel on Climate Change issued a report emphasising the importance of limiting the rise in the global average temperature by 1.5C by 2100 as opposed to 2C. To achieve the 1.5C maximum global average temperature increase, global net CO2 emissions will have to fall 45% by 2030 and reach net zero emissions by 2050. To make progress towards climate stabilisation, we require a viable alternative to the existing fossil-fuel dominant infrastructure. Energy efficiency entails using less to achieve the same levels of service through the adoption of new technologies. As for renewable energy, the International Renewable Energy Agency has estimated that the average costs of generating electricity from solar, wind, geothermal, and hydropower are now roughly at parity with fossil fuel or perhaps even lower.

Is there a correlation between climate change and economic inequality?

Pollin: We should begin with asking who is responsible for releasing greenhouse gases into the atmosphere, which is causing climate change. If we focus only on CO2 emissions and trace the burning of fossil fuels back to the industrial era -- i.e.; roughly from 1800 to the present -- then almost the entire blame falls on the US and Western Europe. These are the regions that until 1980 were responsible for nearly 70% of all cumulative emissions.

Another critical way to think about inequality and climate change is in terms of impact. For example, who is paying the price of climate change? As the economist, James Boyce writes: "It is poor countries and poor people who stand to bear the greatest costs of global warming … they [poor people] live closer to the edge … and the places that climate models show will be hit hardest by global warming -- including drought-prone regions of sub-Saharan Africa and typhoon-vulnerable South and Southeast Asia -- are home to some of the world's poorest people." 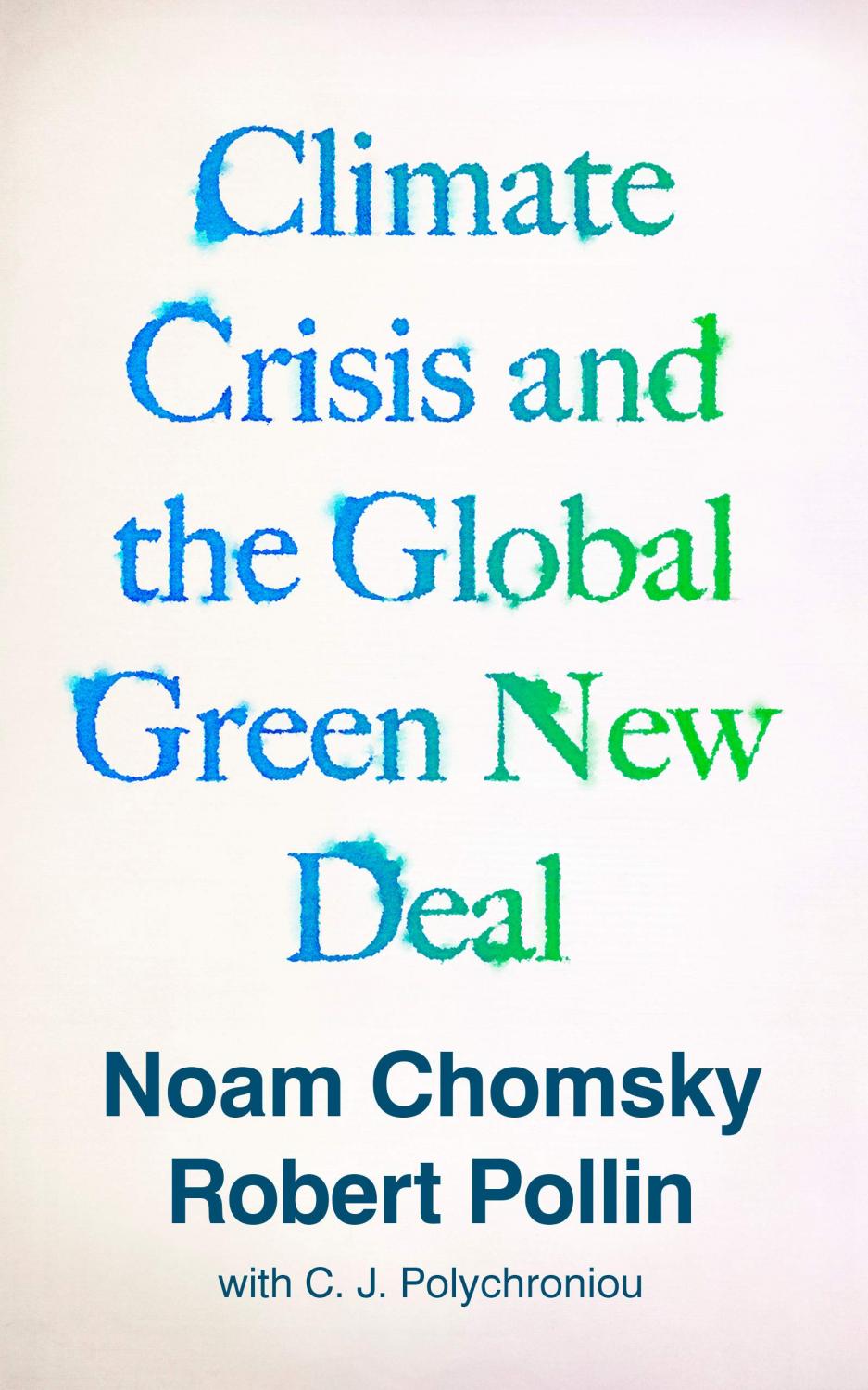 Noam, do proponents of the Green New Deal pay enough attention to other planets or are we solving a crisis that is particularly anthropocentric?

Noam Chomsky: The World Geological Organization has designated our current era as a new geological epoch -- the Anthropocene -- in which humans are having a highly significant and very harmful impact on the environment that sustains life. They have dated this period to start at the end of World War II, coinciding ominously with the nuclear age, which we have so far survived by a miracle, and global warming, which is a threat sharply increasing right now. The WGO did bring up global warming but they emphasised other aspects of human destruction of the environment as well, particularly the use of non-biodegradable plastics. It is expected that by mid-century, plastics in the ocean will outweigh fish, showcasing how they are having a lethal effect on organic life.

That is only one of the ways that humans are destroying marine life, which is essential for our own as they play an important role in the complex food chains that sustain life on Earth. Overfishing, especially factory fishing, has had a dramatic and very visible effect. I have lived most of my life near Cape Cod Bay, off the coast of Massachusetts. It once abundant with marine life and was one of the richest fishing areas in the world. Now, residents import cod. Fishing is virtually banned in a bid to salvage what little is left.

We are now living in the midst of the Sixth Extinction. It is approaching the scale of destruction seen during the Fifth Extinction some 65 million years ago when a huge asteroid hit the Earth, leading to the destruction of 75% of the planet's plants and animal species. It also brought an end to the age of the dinosaurs, which left space for the evolution of small mammals and eventually humans, who in very recent years seem intent on becoming the next lethal asteroid.

Habitat destruction is one major cause of the current devastation and also a prime cause for the current pandemic. There is far more to say about all of these crimes against nature, including ourselves.

What kind of political leadership do we need in order to turn ideas in the project such as the Green New Deal into effective policies?

Chomsky: We need political leadership that understands the facts and more importantly cares about the fate of the human experiment, which is very much in doubt right now. Humans have been on Earth for about 200,000-300,000 years. The average life span of the tens of billions of species that have existed since life appeared is about 100,000 years. We have to decide quickly whether humans will stick to that pattern.

An internal memo was recently leaked from America's largest bank, JPMorgan Chase. It recommended that the bank cut back its lending for fossil fuels because "the survival of humanity" is at risk on our present course. That is not unreasonable alarmism. When the most prominent climate scientists warn us that we must "Panic Now!", they are not exaggerating. We should listen to their warnings.

You argue that high-income countries should primarily be responsible for financing the Global Green New Deal as it was they who historically benefited from early phases of industrialisation. But why should this not be the case for middle-income countries aspiring to become industrialised nations who now emit almost as much greenhouse gas? Shouldn't they or all countries be involved financially?

Pollin: On how to finance the global Green New Deal specifically, I propose four large-scale funding sources to support public investments in clean energy. 1) A carbon tax in which 75% of revenues are rebated to the public but 25% is channelled into clean energy investment projects; 2) transferring funds out of military budgets from all countries but primarily the US; 3) A Green Bond lending programme, initiated by both the US Federal Reserve and the European Central Bank; and 4) Eliminating all existing fossil fuel subsidies and channelling 25% of the funds into clean energy investments.

Now to your other question about how should all nations, including middle-income countries, be involved so that the financing system is fair? Looking backwards, high-income countries starting with the US but also Canada, Western Europe, Europe and Australia have been primarily responsible for loading up the atmosphere with greenhouse gas emissions. They, therefore, should be primarily responsible for financing the global Green New Deal. Moving from a historical perspective to the present, high-income people in all countries and regions have a massively larger carbon footprint today than everyone else. The richest 1% globally are emitting as much as 175 times more than the poorest 10%. These facts establish the overwhelming case for a global financing structure that is strongly egalitarian at both the level of countries as well as individual people.

Please take this opportunity to send a message about the climate crisis to our young activists.

Chomsky: There are many urgent tasks to undertake and to pursue with courage and dedication if we hope to achieve a social order that will be responsive to human needs and demands. Among them, there are some tasks that have a unique urgency in that if the goals are not achieved, nothing else will matter. One of these is the destruction of the environment. We are approaching an irreversible tipping point in environmental destruction. We have recently learned that the melting of the enormous Greenland ice sheet may have reached a point of no return already. Other tipping points may not be remote either. Solutions to these dire problems are within reach but won't be for long. The question of survival as humans in any decent form should be at the forefront of our concerns, and of our activist engagements. That cannot be emphasised strongly enough.

Heroes to the rescue