No time to lose

Every business has been affected by the spread of the novel coronavirus but none more so than the restaurant and hospitality sector. A raft of restaurants closed their doors temporarily to comply with government rules and regulations. Many tried to endure through the pandemic in hopes of quick recovery. Others simply went out of business and overnight, thousands of people lost their jobs.

Among those who remained determined to persevere is well-known restaurateur, Sid Sehgal, Managing Director of Indus—a contemporary Indian restaurant, and Getfresh—a chain of healthy restaurants. Rather than succumb, Sid and his cohorts seized the Covid-19 bull by the horns and turned it around. Here are some of the strategies that made all the difference.

Prior to COVID-19 , the company spent a year putting in place strategies for 2020 – the year the new brand, Getfresh, was born. Suddenly none of that mattered. Overnight, the company had suddenly changed from a dine-in restaurant business to a food delivery business. This distinction played an essential role in daily decision-making. 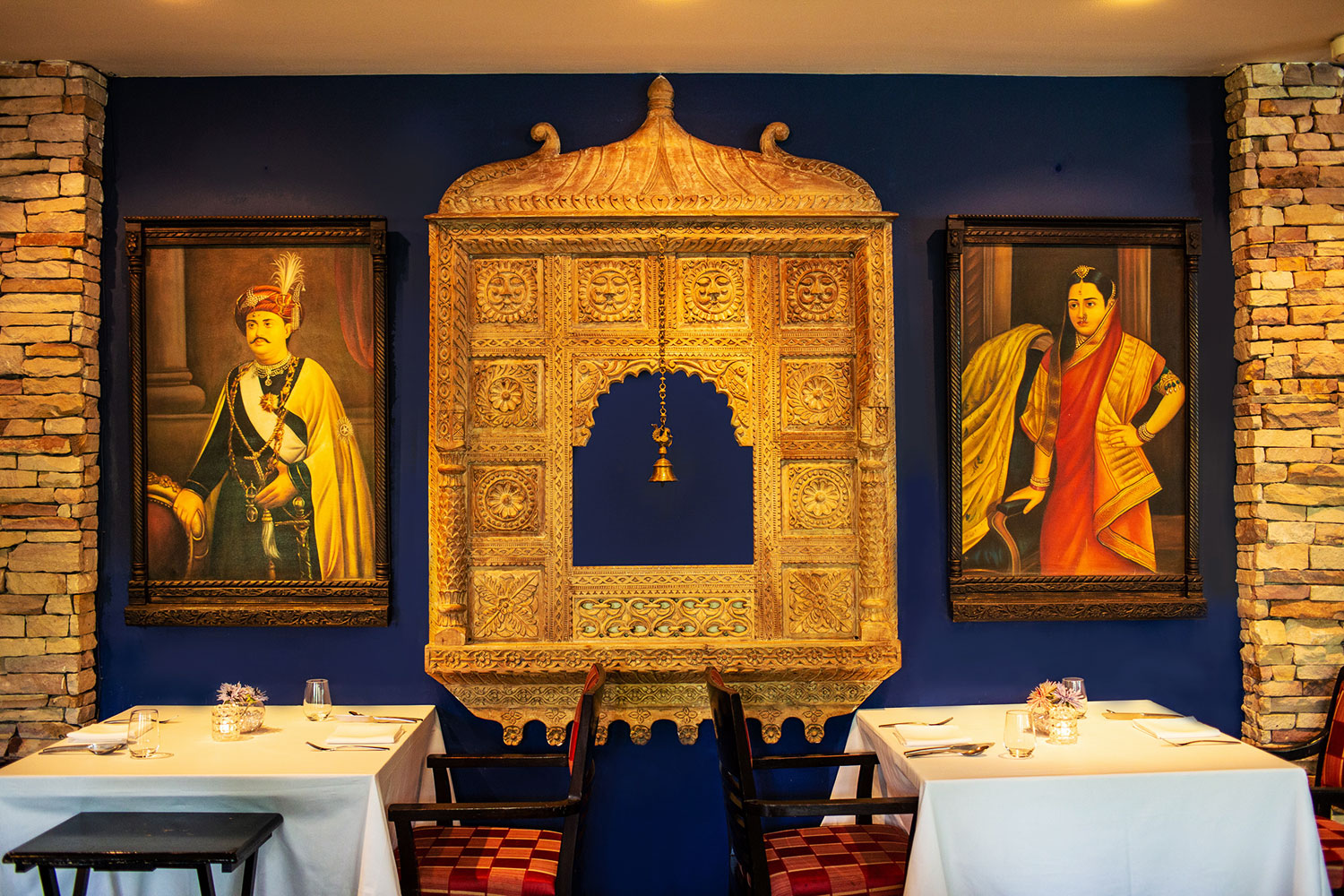 Suddenly the 9am to 6pm work hours from Monday to Friday became a 6am to 11pm from Monday to Sunday. Video calls happened one after another throughout the day.

Sid says, “It felt like we were plugged into a steroid IV drip all day. Our pace of work increased significantly, and we were able to do and achieve so much more during the day than before. This was wartime and you absolutely could not take your eyes off the ball for even a second. We explored every possibility, tried and tested so many new initiatives.”

The first thing the company did was to use technology to create a virtual office. They run Microsoft360 and set up a daily check-in call on Microsoft Teams for the Executive Committee of both companies to get together daily at 5pm to exchange updates. They had video calls with departmental teams and used Line groups and phone calls for quick discussions. They used SharePoint as a way to store and share documents so that other team members had access to them in real-time. Sid bought a whiteboard and converted a room at his residence into a home-office.

The board met daily (virtually) to discuss a combination of both strategy and scenarios. Multiple scenarios were considered, and strategic plans were created based on each potential outcome.

Sid immediately flattened the organisational charts at both companies. This meant that everyone had direct communication access to each other, and did not need to go through managers, communicate via memos, or do anything that would slow down progress in any way. 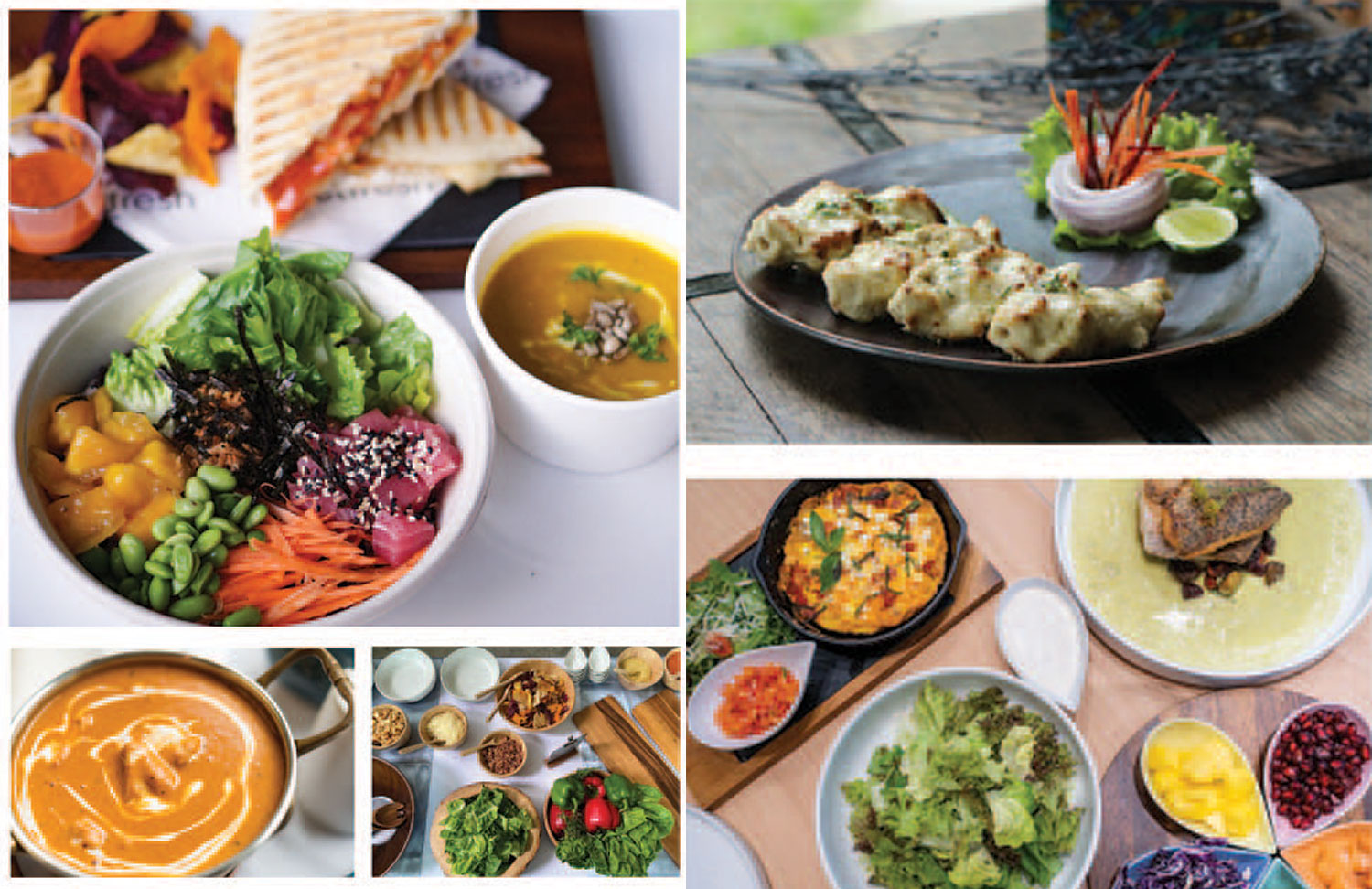 In the peak of the COVID-19 outbreak, as customers were in panic and paranoia mode, the biggest challenge was giving them confidence that Getfresh and Indus were safe. Sid and Anchit committed to an exhaustive safety and hygiene checklist that every employee in the organisation had to imbibe, of which measures were then conveyed to all customers. Some of the measures appeared extreme to the staff, but it was an ultimate decision by the management, that there could be no compromise for the safety of the customers.

For several years Indus and Dressed had worked with third-party delivery platforms such as Food Panda, Grab, Lineman, and Get. The revenue generated from deliveries made up approximately 20%-25% of the total revenue. With the lockdown, the revenue suddenly jumped to 90% of the revenue for both brands (10% of the revenue came from take away orders) and the volume of orders suddenly grew by over 300%.

Two quick decisions were made that proved useful – the catering divisions of both brands were immediately re-assigned to manage deliveries, and direct delivery platforms were created so customers could place orders directly from the brands.

The direct delivery website for Indus was conceptualised, designed, coded, and launched within 10 days, and then improved upon thereafter. The Getfresh direct delivery site followed. Both companies benefited from not having to pay hefty commissions to third parties, as well as learning more about their customers' spending patterns and preferences as a result.

Both brands created Value Sets, made up of the best-selling items with discounts of up to 40%.

“In a global crisis, there is so much uncertainty. Many people lost their jobs immediately and others feared a similar fate. We recognised that we had to offer attractive deals to get people to spend,” Sid commented.

Both Getfresh and Indus ramped up their social media game by posting twice daily on Facebook, Instagram, and Line – once before lunch, and once before dinner. Emails were sent out to their databases on a daily basis – with updates, promotions, and interesting reads.

They maximised the power of influencers. Different meal sets were provided to the influencers, and they posted them on their feeds, which brought more awareness and helped increase sales.

The concept of 'Work from Home' meal plans was created—a 14-day meal plan where customers can choose from two out of four dishes for their daily meals which are delivered to their homes. The customers would even know what their calorie intake per day would be.

Getfresh started its One-for-One program to provide one meal to a healthcare worker for every salad sold at Getfresh. They provided thousands of healthy meals to healthcare staff working hard to fight off COVID-19 in 15 hospitals in Thailand. The initiative was carried for over a month in order to support the front line workers who worked tirelessly during the peak of the COVID-19 impact.

The company set up cloud kitchens, known more widely as satellite kitchens, which allowed the restaurants to deliver their food in areas previously unavailable.

The company also implemented a kitchen-sharing scheme that created numerous win-win partnerships with other restaurants in Bangkok. The restaurants would agree to share their kitchen space, so their food would be available in different neighbourhoods they couldn't reach prior.

Even though the COVID-19 crisis has caused major economic uncertainty, depression, unemployment and so on, it was also an opportunity to reflect, make positive changes, work as a team and plan efficiently for the future. Sid and Anchit seized various opportunities, especially retail, that would perhaps not have been available under normal circumstances, in order to accelerate growth in Q4 2020 and Q1 2021. It has become clear that health and wellness is increasingly becoming a priority with or without COVID-19, and Getfresh will continue to play a major frontline role to serve that requirement.

Not every restaurateur has such business smarts but Sid graduated in Economics at New York University. It was around that time that he also become a firm foodie with a passion for restaurants which he explores ad infinitum, an obsession that has led to his opinions being much sought after around awards time. The proof, of course, is in the pudding.

“Since we implemented our strategy we’ve basically returned our business to its pre-Covid levels and we’re actually growing. It was tough going but we learned a lot and hopefully the return to normal phase the industry is in as a whole will continue.”