Colombia in the frame

In a time when the Covid-19 pandemic is still preventing people from travelling overseas, Thais can get a glimpse of Colombia through a photo exhibition titled "Colombia In 25 Photographs", which is now on view at the Bangkok Art and Culture Centre (BACC) until Nov 1. The exhibition is hosted by the Embassy of Colombia in Thailand. 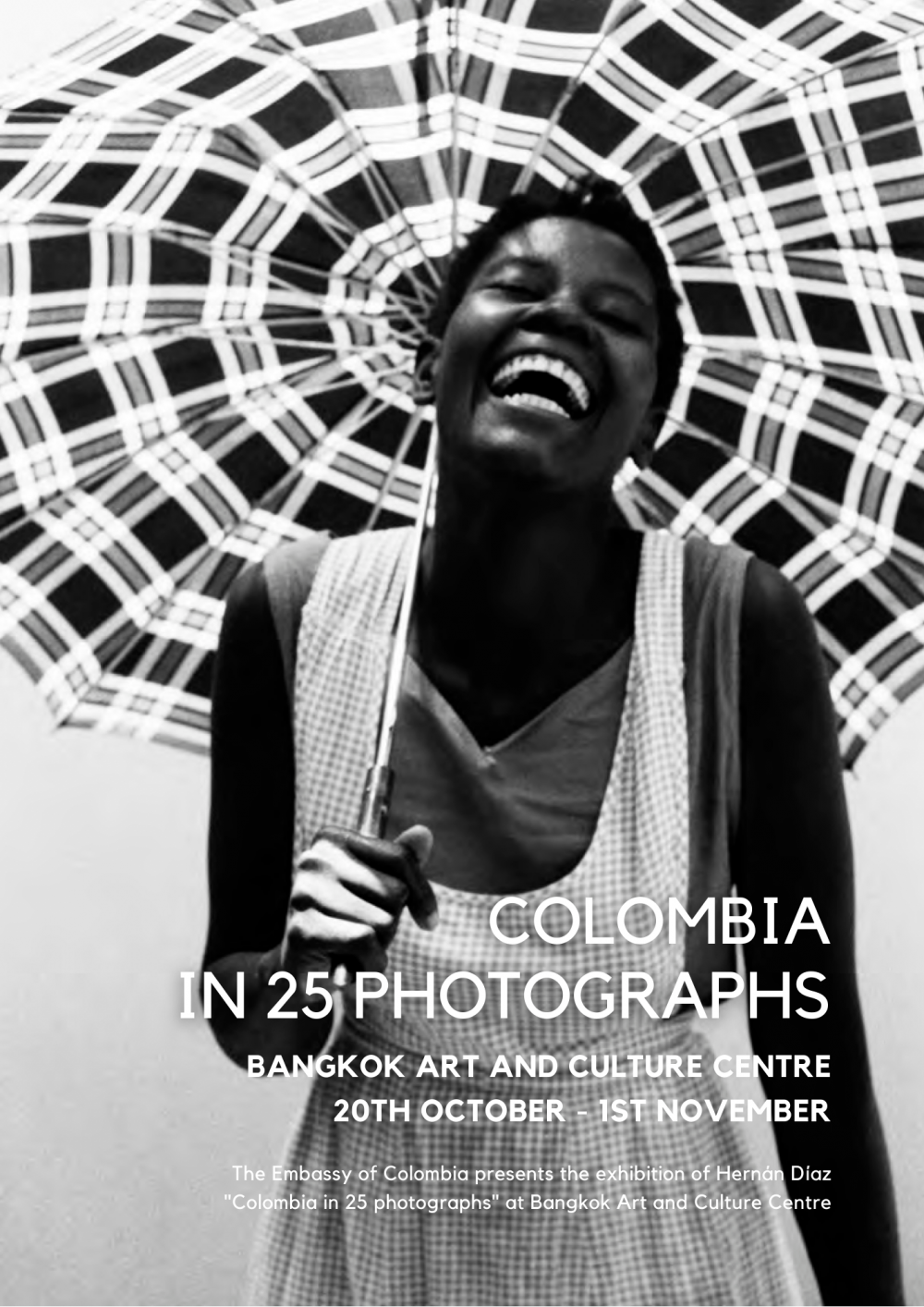 Colombia in 25 Photographs. (Photo courtesy of Embassy of the Republic of Colombia to the Kingdom of Thailand)

On display are a selection of 25 black and white photographs captured between 1959 and 1990 by prominent Colombian photographer Hernán Díaz, who died in 2009 at the age of 78.

The works on display capture various aspect of Colombia -- from landscapes and people to cities and customs of the country. Visitors will get to see images that portray the intimacy of some renowned faces in Colombia's cultural and political life, the diversity and nature of its landscapes and the beauty in architectural details as a testimony of its past. It is a journey through Colombia's rural and urban scenery and its biodiversity.

Díaz is recognised as one of the most outstanding photographers of the second half of the 20th century in Colombia. During his more than 60 years of photographic activity, he contributed enormously to give photography a significant space within the arts in Colombia and left an incomparable visual narrative of the history of the country in an archive of over 70,000 pictures, part of private and public collections in Bogota, New York, Madrid and Paris, among others cities.

Díaz published a book titled Cartagena Forever in 2002. Through the lens of the photographer, the book reveals the history of Cartagena -- a Colombian city that is located on the shores of the Caribbean Sea -- which is engraved in people's faces and in the street architecture of the town.

This exhibition, organised under the framework of Colombia's Foreign Ministry Promotion Plan Abroad, brings to Bangkok not only an important body of artistic work, but also serves as an opportunity to showcase a stimulating cultural exchange between Colombia and Thailand that the Embassy is committed to developing further.