Pope Francis voiced his support for same-sex unions in Francesco, a documentary that premiered at the Rome Film Festival. In the documentary by Russian filmmaker Evgeny Afineevsky, the leader of the Roman Catholic Church calls both gay and lesbian individuals "children of God" who "have a right to be a part of the family".

"What we have to do is create is a civil union law. That way, they are legally covered," the pope added. Pope Francis began to show a more tolerant and accepting stance towards same-sex union since his time as the archbishop of Buenos Aires. However, his remarks in the documentary are the clearest he has made to date about the matter. At the same time, his statement only goes as far as calling for a civil union law for same-sex couples but still reserves the right of marriage exclusively between a man and woman.

While the pope's words were welcomed by liberals and LGBTI community, they most likely upset conservatives since what he said contradicts the church's teachings on homosexuality and same-sex union. The Roman Catholic Diocese of Providence, for example, released a statement on its website saying that it "cannot support the acceptance of objectively immoral relationships". Although it acknowledged human and civil rights of same-sex couples, the statement added that the "legalisation of their civil unions, which seek to simulate holy matrimony, is not admissible". 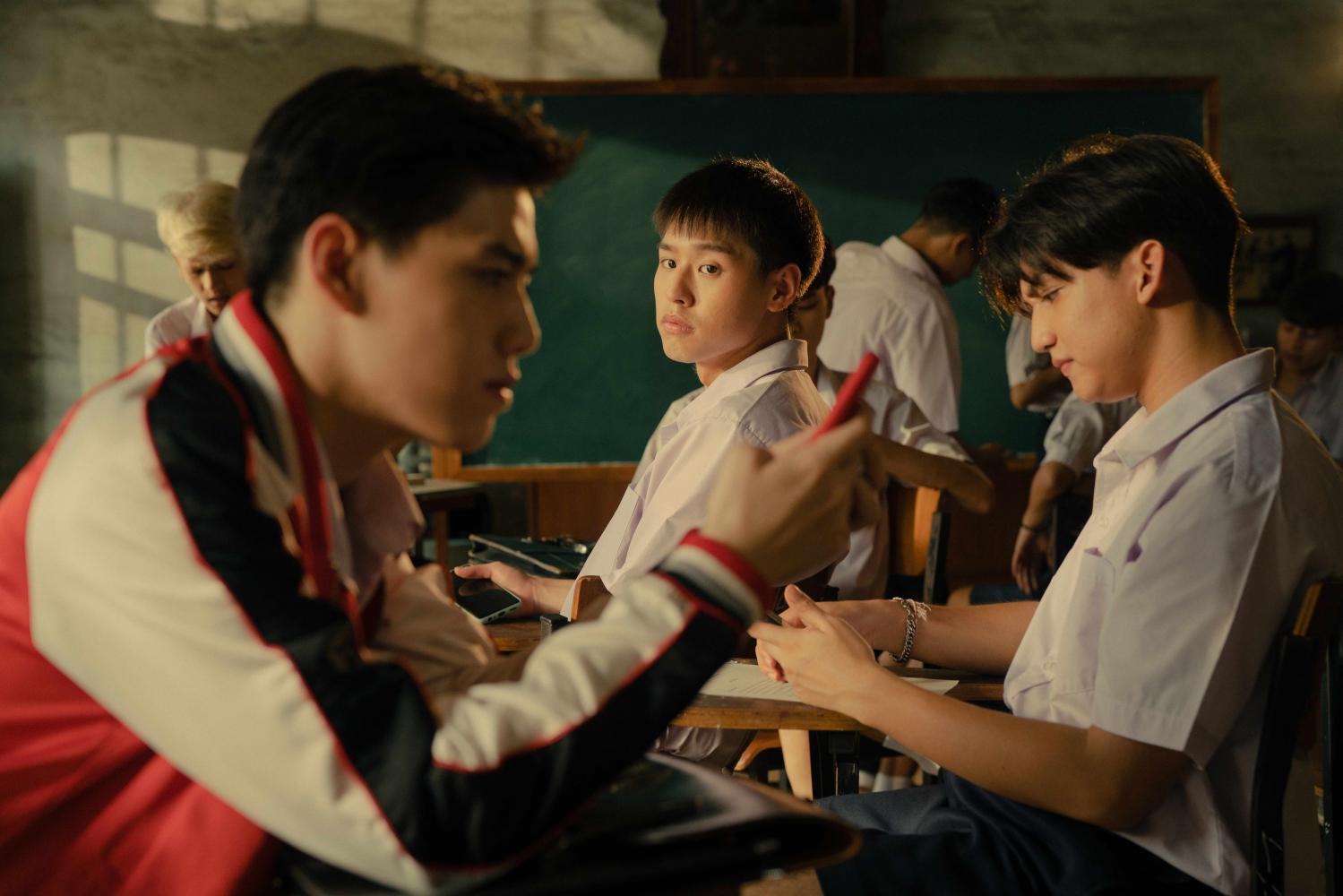 I Told Sunset About You is now available on Line TV. Photo © Nadao Bangkok

SUNSET BY THE SEA

Nadao Bangkok is ready to present a new series by the name of Plae Rak Chan Duay Jai Thur (I Told Sunset About You), which revolves around a relationship between two teenage boys. In the coming-of-age romance, Sunset becomes reunited with childhood friends Tae and O-Aew at a language school as they prepare for university exams. A fallout had driven them apart years earlier and although this reunion starts out on the wrong foot, they soon grow closer, both emotionally and intimately.

The series also sees a reunion between actors Putthipong "Billkin" Assaratanakul and Krit "PP" Amnuaydechkorn who previously played each other's love interest and supporting characters in My Ambulance, which ended rather tragically for the onscreen pair. Getting a new life in I Told Sunset About You, fans are hoping their story will be happier this time around. With clear influences of Thai-Chinese culture of Phuket visible in the show's settings, it'll also be interesting to see how this affects the dynamic of their relationship. Some viewers say they're already getting the Call Me By Your Name and Dew's vibes and there's even a scene where the two men can be seen floating side-by-side in water like it's Ellie and Aster in The Half Of It. All in all, the series looks quite promising.

As part of Line TV Original Series, I Told Sunset About You is available on Line TV for free, with new episodes coming out Thursday at 8pm. International fans can watch on Vimeo On Demand (fees apply), with English and Chinese subtitles. 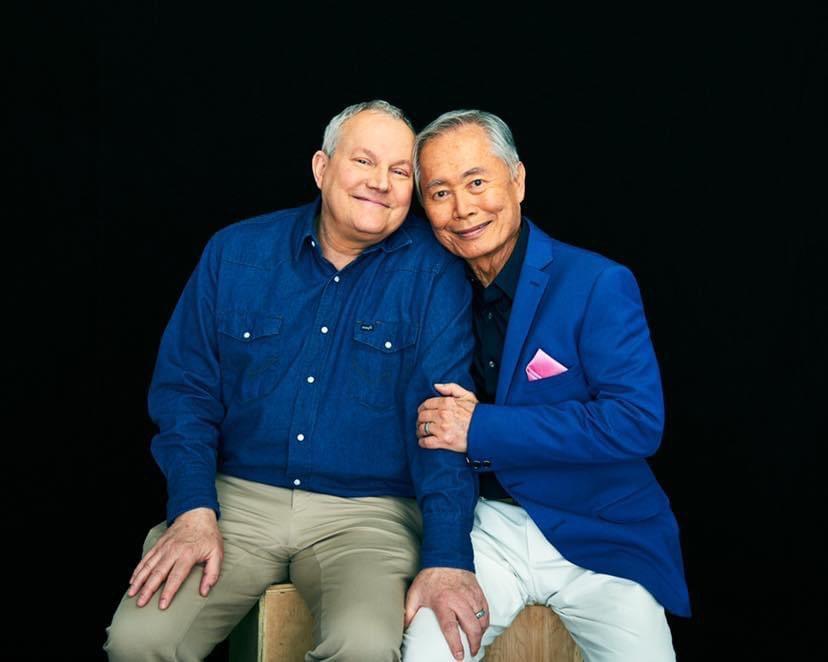 Earlier this month, Twitter became a place filled with pride when gay men took over the hashtag #ProudBoys by flooding it with pictures and stories of their partners and loved ones. The move came after a far-right, white supremacy group by the name of Proud Boys was mentioned by US President Donald Trump during a presidential debate as he urged them to "stand back and stand by".

Star Trek actor and gay activist George Takei suggested in his tweet that gay men reclaim the group's name and the Twitter community promptly responded. Soon, love triumphed as photos of gay couples kissing and their families were proudly shared on the platform. Takei himself also tweeted a picture of himself and his husband.

"Brad and I are #ProudBoys, legally married for 12 years now. And we're proud of all of the gay folks who have stepped up to reclaim our pride in this campaign. Our community and allies answered hate with love, and what could be better than that," the actor tweeted.

Miss Tiffany's Universe, the biggest beauty pageant for transgender women in Thailand, is back. The final 30 contestants for the 2020 contest have been announced and the competition is now underway. There will be a special Nang Noppamas (Miss Loy Krathong) round taking place at CentralWorld on Nov 1 at 2pm where contestants will participate in formal Thai national costumes. A live stream of the event will be available on Miss Tiffany's Universe Facebook page.

The coronation night and final round will be held at the Tiffany's Show Theatre in Pattaya on Nov 28. A broadcast will be available on the same evening on Channel 3 and Facebook Live on the pageant's page. For more information, visit facebook.com/MissTiffanyUniverse and misstiffanyuniverse.com. 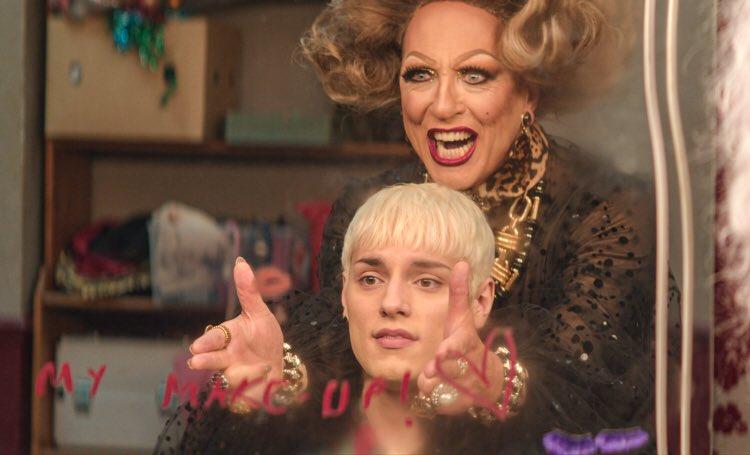 Earlier this month, Major Group's Facebook page shared a trailer of Everybody's Talking About Jamie, a film based on a hit musical of the same name about a teen boy wanting to become a drag queen. The film stars Max Harwood as protagonist Jamie New. With support from his mother and friends, Jamie overcomes prejudice and bullies to step into the light as a star. Richard E Grant also stars as a drag queen who is Jamie's mentor.

The film's release has been postponed until February next year and it's not yet confirmed when it will be showing in Thailand. Still, at least we know we have a queer movie to look forward to in Thai cinemas in the near future.