The true nature of the beast?
Life
Social & Lifestyle

The true nature of the beast?

The Crown, the PM, and the sheep in the wolves' lair

'Happy families are all alike," said Tolstoy, "every unhappy family is unhappy in its own way."

That's Anna Karenina, but it could've been lifted from The Crown, our favourite royal soap opera about a royally unhappy family called the House of Windsor. Season 4 of the Peter Morgan-scripted show has granted us an audience on Netflix since Sunday, and fans have since sat engrossed by the annual treat of splendid sets, testy dialogue, barbed humour, upperclass spite and glorious snobbery.

But with all its contemporary relevance and historical dramatisation (which invites comparison to all other gilded Houses), The Crown is at heart a story of a dysfunctional family whose extended members, from the Queen herself to her prince-brats, tipsy sister and daughter-in-law, struggle to preserve the increasingly flimsy justification of hereditary rule and sacrosanct privilege while waging a domestic war for their own freedom. This is one big unhappy family. And yet we think, it's always better to be unhappy and live in bloody Buckingham Palace, no?

The 10-part Season 4 is rich and consistent, with hardly any weak episodes. The talking point is, of course, the entrance of two characters whose footprints in modern UK history are indelible in their own ways: Margaret Thatcher (a performance of eccentric mannerism by Gillian Anderson) and Diana Spencer (Emma Corrin, making a memorable debut). They both appear at the start of the season, Thatcher when she's won the election in 1979 and ushers in a decade during which "two women run the shop, as Queen and prime minister", and Diana when she meets-cute Prince Charles (Josh O'Connor).

Their presence -- even when an episode is about someone or something else -- would stalk the entire season and give it a narrative arc as well as a chilly premonition of what would later come. Meanwhile their relationships with Queen Elizabeth (Olivia Coleman) -- rocky mostly -- provide a wealth of materials for some of the best confrontations in the season.

We're familiar with the way The Crown tweaks history to suit the narrative agendas of each episode, loose ends ironed out and separate incidents juxtaposed to hammer home the point. In Episode 3, one of the most emotionally painful, we have the recently-elected Thatcher and the ingénue Diana taking turns visiting Balmoral, the hunting castle in Scotland where the Queen and her family stay in the summer and where guests are subject to a "test" to determine their aristocratic worthiness. Mind, it's a brutal blood sport in which royal snobbery and contemptuous insults are casually spat out, accompanied by a smile or a smirk. Thatcher, with her middle-class uprightness, fails miserably from the get-go; she didn't even pack Wellington boots for a stay at a hunting lodge. How ghastly!

Then Diana happily walks herself into a trap. Because we know what we know, because history makes sense (or doesn't), only in retrospect, episodes 2 and 3 are especially painful to watch. Here's a beautiful, innocent young girl who falls for a prince (a glum, adulterous prince no less) and who goes off to her royal wedding unaware that it is a dress rehearsal for her own funeral. Episode 3 is subtitled Fairytale, which of course is ironic, because what The Crown replays here is a tragedy mistaken by everyone, including the newlyweds, as the sweetest of fairytales. Diana, long before the family ruins her, is a soft-purring sheep who strays into the wolves' gilded lair.

Taking liberty with history to stress a point also works when Thatcher becomes a distraught mother after her son, a race car driver, has gone off the map during the Paris-Dakar rally at the same time as when the Falklands incident flares up half-way across the world. Her relentlessly hawkish approach to what would become a full-blown war between the UK and Argentina is partly her aggressive style and, The Crown suggests, partly as a response to her emotional crisis and a sense of helplessness. 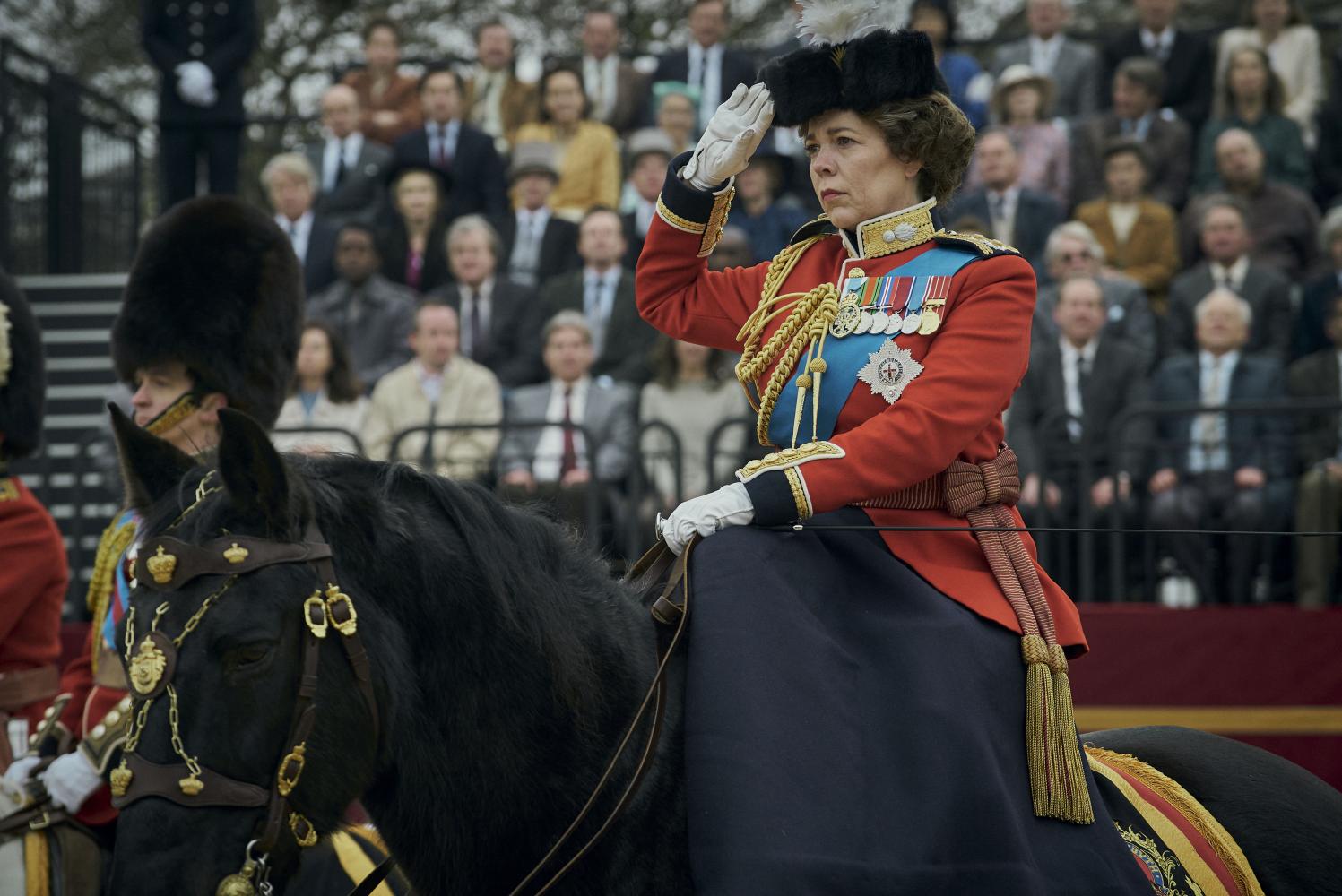 Thatcher also has a delicious sparring match with Queen Elizabeth in Episode 8, in which the two women lock horns over the call of the Commonwealth nations to sanction Apartheid South Africa. Again, The Crown finds a way to dress up dramatic confusion into a neatly wrapped historical episode, such as when The Sunday Times publishes the Queen's frustration over Thatcher's "uncaring" attitude, marking an unprecedented occasion when the sovereign openly disagrees with her first minister (The Sunday Times actually published that story in 1986, though what had led to it or what happened after was not as clear and satisfyingly concluded as the show makes it out to be).

In another intriguing chapter, subtitled Fagan, the show details the incident when a desperate, unemployed man called Michael Fagan breaks into Buckingham Palace and proceeds to enter the bedroom of the Queen. In reality, the Queen fled in horror; in The Crown, they sit down and have a friendly chat during which Fagan tells her how Thatcher's economic straightjacket is destroying the nation and ruining the life of hardworking people like him. It's a good episode, one that takes us away from stuffy palaces to the bleak reality of England in the 1980s. Obviously, this episode has Ken Loach written all over it.

I always suspect that The Crown, for all its criticism of the British monarchy, is covertly clever, well-choreographed royalist propaganda that tries to inject humanity to a bunch of overweening, stuck-up toffs (we need more of Prince Philip's casual racism in the show!). From the first season, some people might have entertained the idea that this is a conscious project to elicit public sympathy for the Queen and her odd, rude, sometimes cruel family -- to convince us that they, like all of us, have positive and negative sides, that they, like us, have their personal demons to battle, and that they, like all of us, are bound by the condition into which they've been born (see Charles in the previous season, for instance, and Queen Elizabeth herself in the first two). That they're human, not demi-gods.

But Season 4 sways me to the other direction: the cruelty, the rudeness, the glimpse into heartlessness, and the constant, desperate, selfish need to "protect the system" even by acts so blatantly inhumane -- watch Episode 7 about institutionalised members of the royal family -- all of this seems more real, more heartbreaking and dare I say, more relevant.

We still have Season 5 (which will come out in 2022, not 2021) and then we can probably determine if one of the best shows on Netflix is a royalist, a republican, or most likely a suave double agent that manages to make us prai -- serfs or subjects -- see through the tribal barbarism and personal vulnerabilities of the god-like class that is destined -- by divine right, by history, or by the outrageously illogical system of succession by blood -- to lord over us all.