T   he Breitling woman is defined as someone of purpose, action and style who's at the top of her game.

Accordingly, Breitling has enlisted Charlize Theron, Yao Chen and Misty Copeland in its Spotlight Squad, as a new trio under the Squad On A Mission campaign.

Theron has proven her versatility in numerous roles. Playing a serial killer in Monster earned her an Academy Award for Best Actress in 2004. She was nominated for another Academy Award in 2019, from starring and co-producing the drama Bombshell.

Chen is also an award-winning actress, whose accolades include the Golden Mulberry Award for Lifetime Achievement at the Far East Film Festival in 2019.

These three women also stand up for their beliefs and the issues closest to their hearts.

A UN Messenger of Peace since 2009, Theron has promoted peace as well as women's and LGBTI rights. In 2007, she founded the Charlize Theron Africa Outreach Project, to support African youth in the fight against HIV/Aids. This year, her charity helped launch Together For Her, a global campaign against domestic violence during Covid-19.

Chen has helped those who live in disadvantaged areas of China and raised awareness of the plight of refugees worldwide. As a UNHCR Goodwill Ambassador, she has raised significant funds for refugees in Asia. As an actress with a large social media presence, she uses her influence to draw more attention to the rights and interests of women and children.

Copeland has been devoted to diversity, equity and inclusion in classical ballet throughout her career. She is an ambassador to the Boys & Girls Clubs of America, of which she is also a National Hall of Fame alumna, as well as MindLeaps, which uses dance to help youth in post-conflict countries like Rwanda.

This year, she partnered with the Entertainment Industry Foundation to launch #SwansForRelief, which helps ballet dancers around the world cope with unemployment during the pandemic.

The Spotlight Squad was launched along with the new Chronomat 36 and 32 collection, available in an array of metal cases and lacquered di­als in various colours. 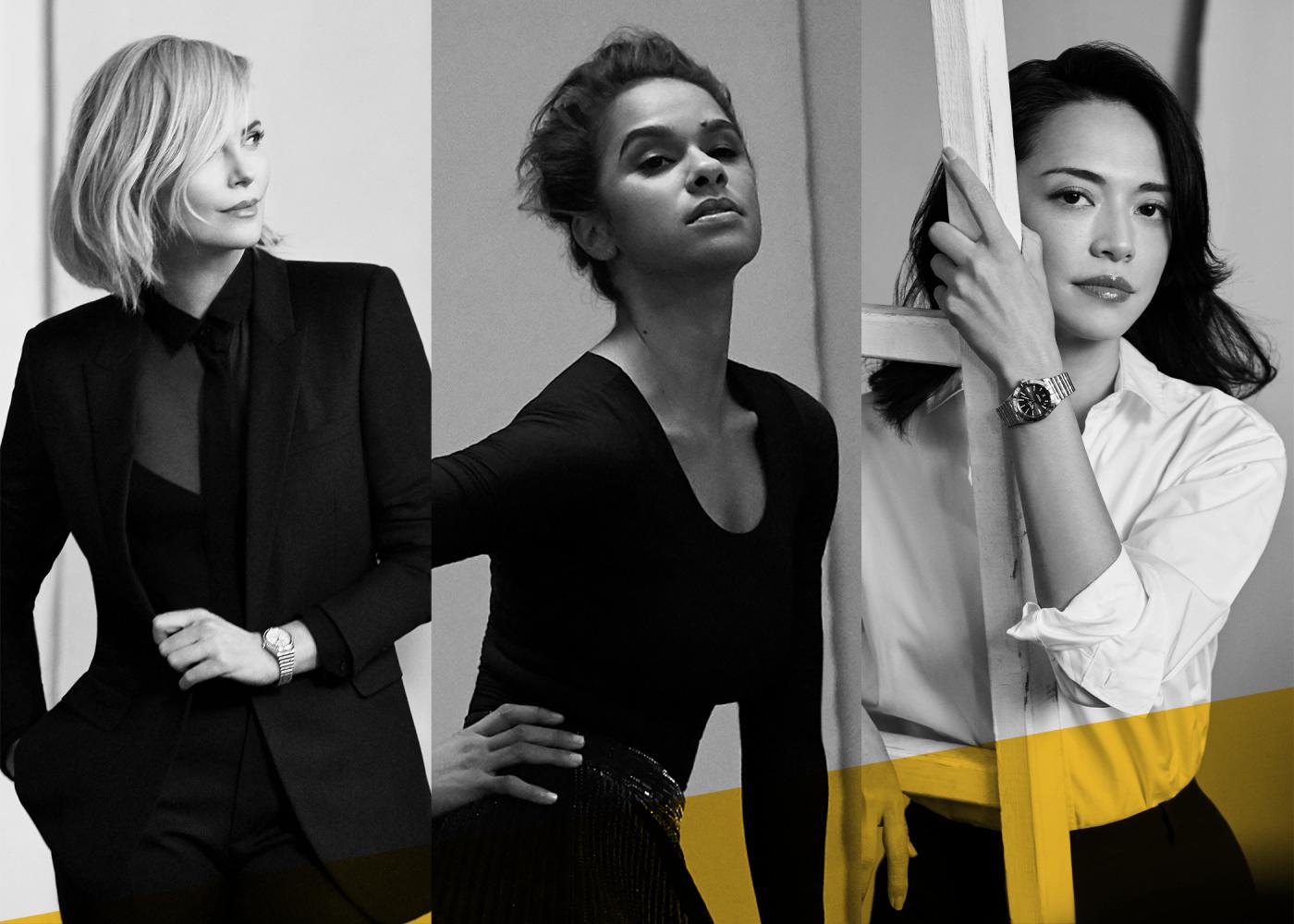