A net idol and gambler has found himself an unwitting accomplice after a disgraced senior policeman accused a well-known rescue worker of helping himself to public funds. 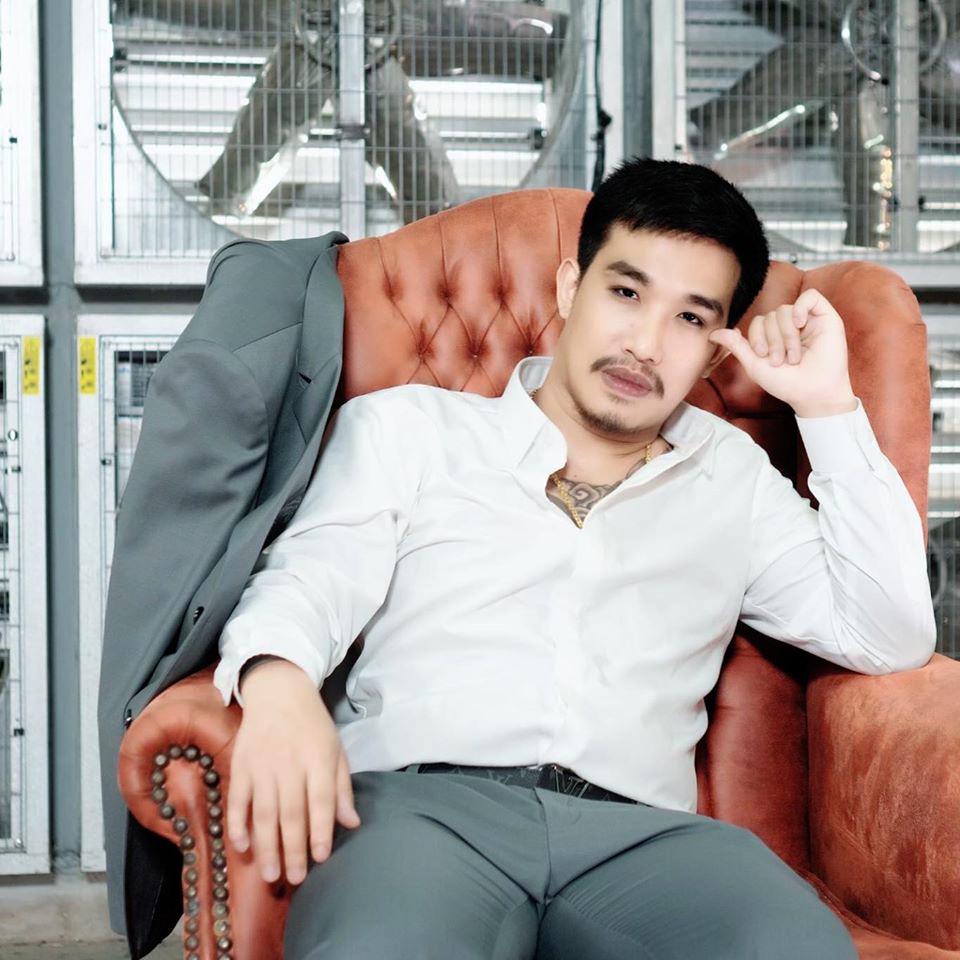 Net idol and former boxer Apirak "Sia Po" Anon, a colourful character who is facing charges of attempting to kill in relation to a shooting outside a city massage parlour in late October, found himself ensnared in another legal dispute last week after his attempt to make merit by donating funds to a public cause went awry.

Sia Po had offered to donate money to a royal fund-raising project at Siriraj Hospital after he was contacted by Bin Binluerit, an actor and well-known volunteer rescue worker asking if he would like to help.

In return for his cash, the hospital, which is raising funds for a building in honour of King Rama IX, would issue pink T-shirts with the royal insignia for Thais to wear.

The hospital has been offering the T-shirts to Thais who donate 100 baht towards the Navamindrapobith 84th Birthday Anniversary building being built to mark King Rama IX's 84th birthday. Acting as an intermediary, Bin contacted Sia Po after the gambler, who like Bin is a royalist and enjoys doing good deeds, earlier told him he had a large lump of funds to put to a good cause.

Sia Po last year donated 1 million baht in personal funds to a flood relief campaign in Ubon Ratchathani run by Bin, who was on the ground helping flood victims. He followed that up later with a donation of 100 million baht raised from casinos across the border. The two also met in early November, joining royalist crowds to greet His Majesty the King. Bin said Sia Po had told him he was willing to donate 20 million baht to help Thais wanting to turn out to see His Majesty. Bin recalled these words when, in mid-November, he was contacted by businessman Nirun Sukpreedee who has been working with Siriraj Hospital as it raises funds for the building.

Mr Nirun, who went before the media last week to explain his role in the affair, said the hospital had ordered 300,000 T-shirts under the campaign. He knew Bin was a royalist and wondered if he knew anyone willing to buy them in bulk to push the fund-raising effort along. They could then be handed out to the public. Some reports say the hospital hired the company where Mr Nirun works to supply the T-shirts.

He contacted Bin through his rescue foundation, who in turn contacted Sia Po, whom he knew had cash to give away. Bin said he arranged a meeting with Sia Po in which he also brought along Mr Nirun. 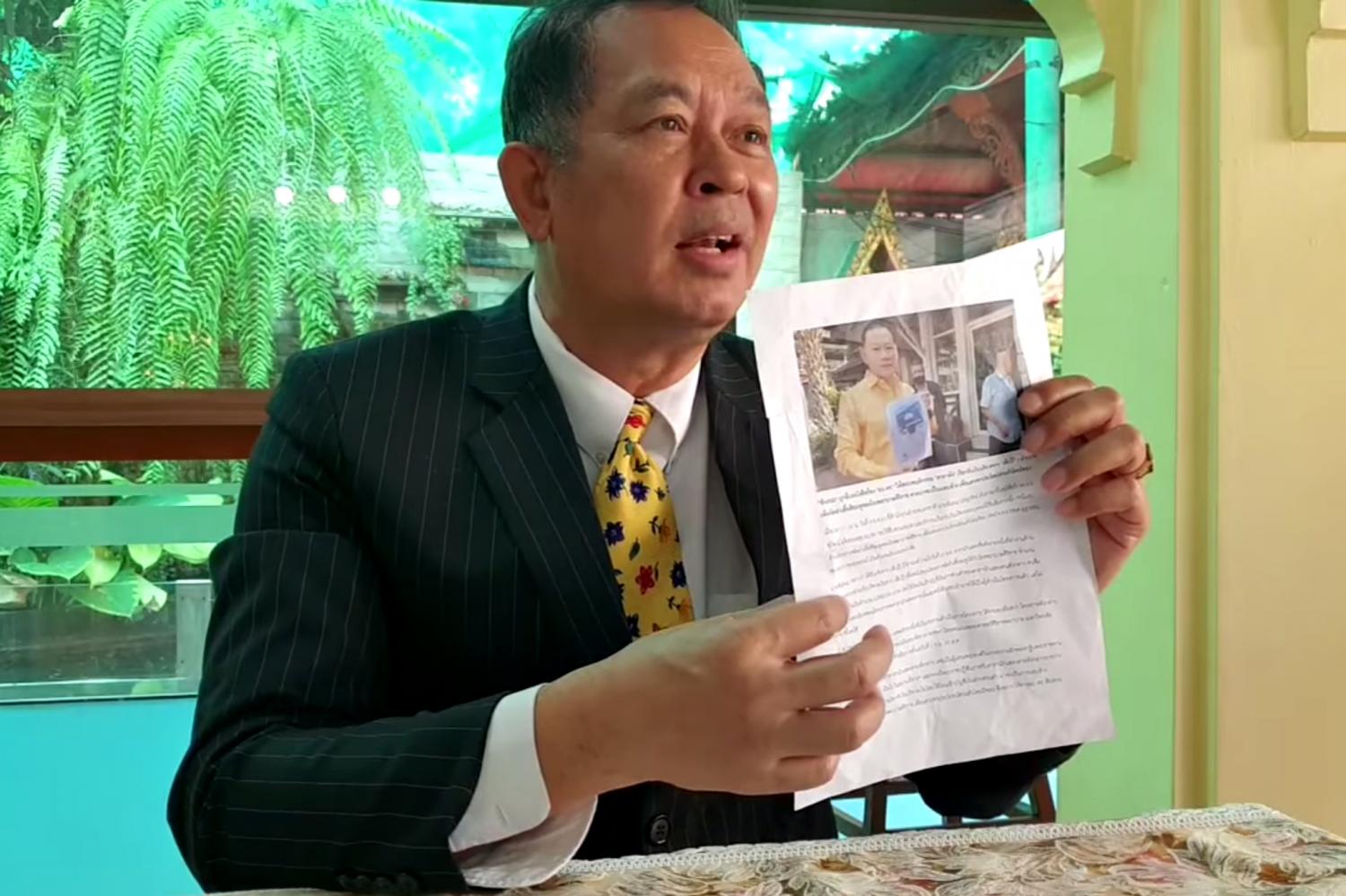 Sia Po, the men said, agreed to pay the hospital an initial 10 million baht in return for which they would release the 300,000 T-shirts. He did not want his name associated with the merit-making venture but wanted to give in an anonymous capacity.

The plan, however, hit snags after Sia Po was arrested for the shooting outside the Saree Sauna&Spa shop in Phasi Charoen district, in which he was accused of injuring two men.

Sia Po's bail guarantor was his friend Santhana Prayoonrat, a former Special Branch deputy superintendent who was to play a role in the hospital funds drama. Mr Santhana was sacked from the force for serious disciplinary violations and stripped of his rank in 2002. In May 2018 he was also charged with extorting money from vendors at Don Muang New Market.

Sia Po found that with the legal case pending he could no longer transfer funds in his own name, so would have to contact a friend from whom he had borrowed money in the past.

This friend, known as Sor in the media, was willing to lend him 2 million baht but asked what the money was for. When Sia Po said he wanted to make merit with Bin, Sor urged him to contact Mr Santhana, his ex-policeman friend, for advice.

Sia Po offered Bin the reduced amount of 2 million baht, in return for which he would get 200,000 T-shirts. However, he missed repeated deadlines to send the money, and he and Bin have not spoken since.

Mr Santhana later called Bin to ask him why he had pressured Sia Po into making large cash donations. Bin insisted the arrangement was voluntary. Bin also denied Mr Santhana's claims that he had asked Sia Po to transfer the funds to his personal account. Any donation, he said, would be to Siriraj Hospital's foundation.

Mr Santhana, who also spoke to the Siriraj Hospital doctor heading the fund-raising effort, said he learned that Bin was not associated with it, and also unearthed discrepancies between the number of T-shirts which Bin and Mr Nirun said would be released, and the number which the foundation said it had.

He claims Bin said Sia Po would get just 2,000 T-shirts in return for his 2 million baht donation, and that the hospital had just 200,400 T-shirts available, not the 300,000 claimed by Bin. He asked whether the rescue worker was profiteering on the side at the public's expense.

Further escalating the dispute, Mr Santhana has asked police to look into Bin's role in the fund-raising effort. He saw the newly appointed national police chief, Pol Gen Suwat Jangyodsuk, on Dec 9, and on Monday followed that up with a visit to the Crime Suppression Division where he sought to lay charges against Bin of attempted fraud, asking for donations without consent, Computer Act offences, and making false claims on behalf of the monarchy.

An awkward looking Sia Po, who insists he went along as a witness rather than complainant, said he was a mere middle man caught between Bin, whom he respected, and Mr Santhana, an old friend.

Even Mr Santhana, who admits he is not a damaged party but insists Bin's role looks "fishy", has sounded unconvincing in recent days as he sought to boost the rhetoric still further.

On Wednesday he played an audio clip to reporters on a promise they would not share the contents, amid claims that a "gang" was behind the con. He urged the media to ask Bin about it.

As netizens demanded Bin come up with proof to clear his name, the businessman who contacted him, Mr Nirun, said he was disappointed at the public reaction. He was also worried that Bin was being attacked by a "mad dog".

"If he wants to stop it, has to give it something to eat...either that, or get a vet who can inject it," he said.

Bin, meanwhile, said he has helped the public for more than 30 years with no complaint. He spoke on FB live from Samut Prakan, where he gave money to a cancer sufferer at home.

Bin said it has never occurred to him to divert even a single baht of other people's money. "Mr Santhana spoke civilly but all of a sudden he has gone to the police demanding a probe, which has damaged my reputation. I have the right to sue back," he said.

In a new twist to a strange affair, Sia Po and Mr Santhana on Wednesday donated 2 million baht to Siriraj Hospital's fund-raising campaign, along with 20,000 pink T-shirts to be distributed to the public. The case continues.

A woman who defrauded a Rayong gold shop of 570,000 baht worth of gold and blew the lot at a casino in Cambodia has been caught as she attempted to sneak back into Thailand.

Klong Luek police in Sa Kaeow province's Aranyaprathet district say they caught Pitchapa Kornnarong, 46, on Dec 12 as she was sneaking across the border at a natural crossing. They discovered she had an outstanding warrant for fraud sought by Klaeng police in Rayong.

Earlier, Supattra Puekprapan, owner of the Hang Thong Supattra gold shop in Rayong, complained to police saying Ms Pitchapa had bought 20 baht weight in gold on Oct 22 without paying for it.

She said Ms Pitchapa, who was caught on the shop's CCTV cameras but was wearing a face mask, showed shop staff her bank app in which she apparently transferred money to cover the purchase. She also wrote out a cheque as surety. 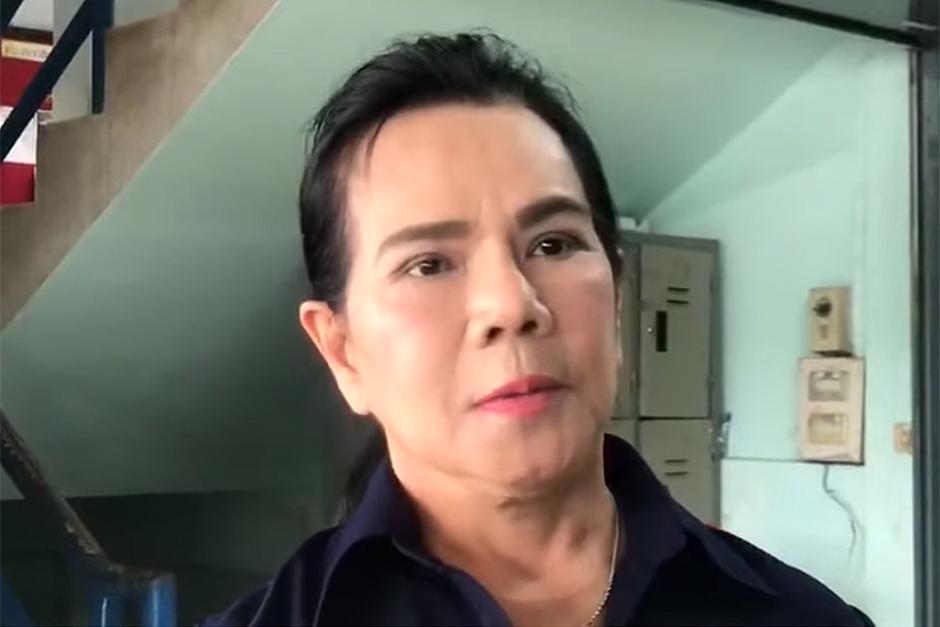 However, when Ms Supattra went to withdraw the cash there was nothing there, and the cheque was a dud.

Ms Pitchapa, who has confessed to the theft, said she sold the gold she took from the store in Rayong to a trader in the Ngam Wong Wan area of Bangkok.

She later travelled to Cambodia where she gambled it away at a casino. She lived with her husband, a Korean, close to the casino. Police say that when she ran out of money she sneaked back into the kingdom but was caught.

When she heard police had caught the thief, Ms Supattra visited the station where she abused Ms Pitchapa, who begged her forgiveness. It is unclear whether she was tested for Covid-19 after being caught.

A shopkeeper in Buri Ram is vowing to make merit after discovering supernatural forces at work outside her store. 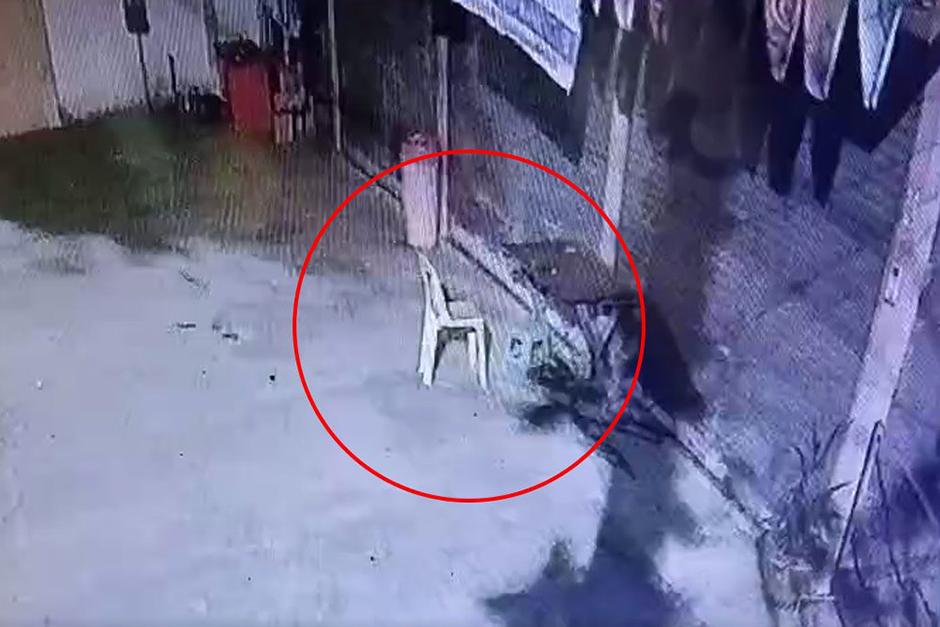 Supernatural event at work in the middle of the night? Photo By CCTV shopkeeper in Buri Ram

Locals from Kwao village, Isankeht, in the province's Chalerm Phrakiat district contacted the media after news of eerie happenings spread.

Shopkeeper Anong Yenprakorm, 42, said a clip taken by the shop's CCTV shows a deserted scene at the front of the premises.

Suddenly, a white plastic chair switches from one side of a table to another, and a water container left on the table for customers disappears. No one can be seen in the frame.

Ms Anong said the clip was taken about midnight on Dec 11. It went undetected until Tuesday afternoon, when local police visited her, asking to look at her CCTV footage as they investigated the theft of a buffalo.

Her shop is on the side of the road and police thought the thief might have driven past. Ms Anong said she surrendered her CCTV vision, which police played at the station. They noticed the strange phenomena, which no one has been able to explain.

The shopkeeper denies the tape was edited, as the police played it on their own machine.

As locals puzzle over how the chair and water container moved of their own accord, Ms Anong thinks she might have the answer.

Amid media reports of the "hair-raising" event at her shop, Ms Anong says she intends making merit for the pair to appease their spirits and put her mind at rest.