Montien Boonma's death in 2000, at the age of 47, was perhaps the saddest episode ever felt by the Thai contemporary art circle.

When cancer took his life, his friends mourned the departure of one of the country's most respected pioneers in conceptual art while his students lost their beloved master. Montien, whose work dealt with transitional disquiet, rapid industrialisation, and, late in his life, with the conundrum of Buddhist philosophy, was instrumental in ushering Thai art through the threshold of modernity in the late 1980s and the following decade.

The subsequent generation of artists continues to be inspired by Montien's spirit. Among them, Navin Rawanchaikul, who studied with and closely assisted Montien, deeply cherishes the memory of his master and the intellectual legacy he has left behind. Last year at Bangkok CityCity Gallery, Navin put together the elegiac, melancholic exhibition titled "Revisited<>Departed", which interweaves the presence of Suwan Rawanchaikul, the artist's father, and Montien, the artist's teacher. That show was a moving tribute to the two role models in Navin's life and it also re-introduced Montien and his lasting influence to the current generation of gallery-goers.

This weekend in Chiang Mai, Navin will launch another exhibition to mark 20 years of Montien's passing. A continuation to the previous show, the title is now flipped to "Departed<>Revisited", which will recreate a number of Montien's site-specific installation works as well as feature new accompanying pieces by Navin and his team. Archival materials such as Montien's personal letters, objects and sketches will also be on view. 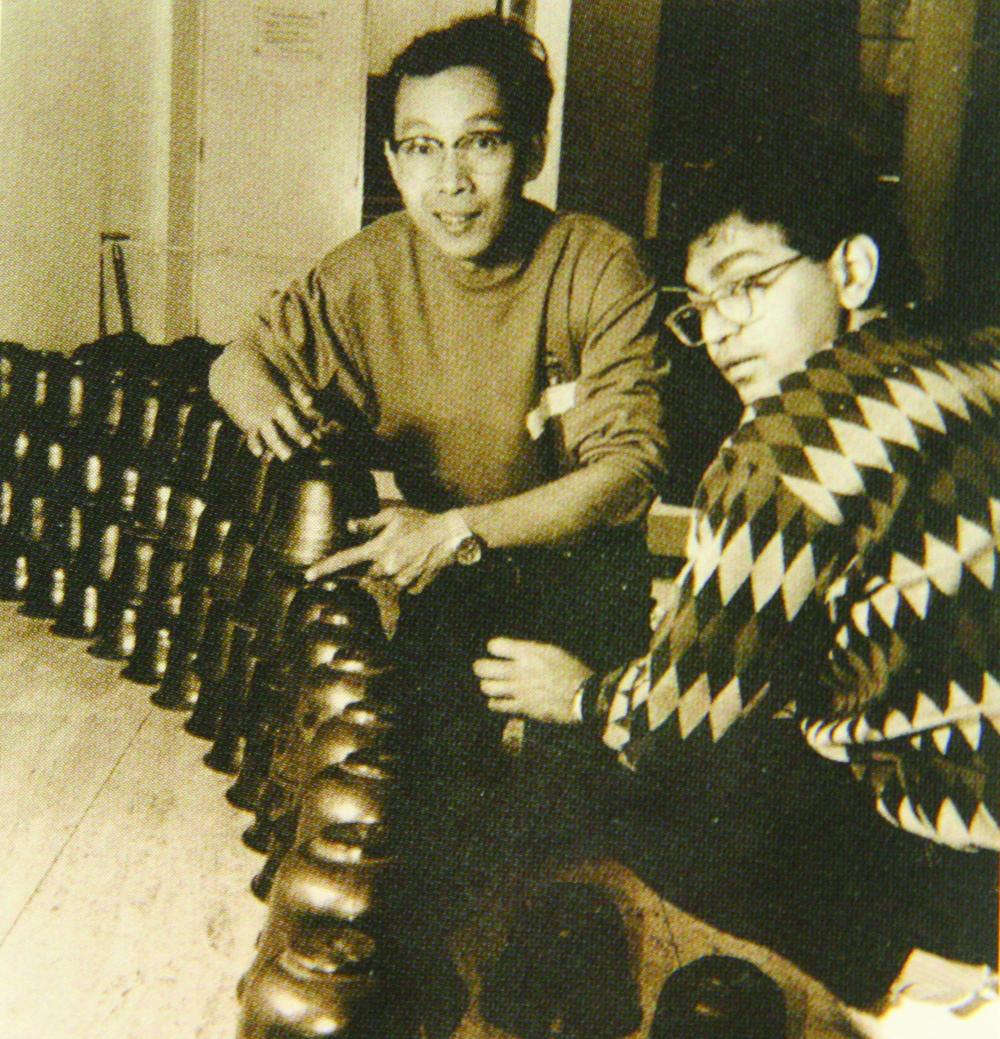 Meanwhile, the venue Navin has chosen is wholly connected to the contextual origin of the exhibition: "Departed<>Revisited will take place at Wat Umong, a well-known forest monastery in Chiang Mai. This was the place where Montien came to rest and find tranquility when life threw too many unpleasant things at him. However, more importantly, Wat Umong was one of the sites of the legendary exhibition that heralded the coming of age of Thai contemporary art. In 1992, "Chiang Mai Social Installation" was an experimental public art festival organised by local artists and progressive-minded art students -- Navin chiefly among them. Even today, the "Chiang Mai Social Installation" is still a watershed moment where the public is treated to a new concept of how art could be created and exhibited. The city-wide event engaged local communities and explored a variety of dialogue between artists and society.

Montien was one of the artists who put up his works at Wat Umong, with Navin, then a student at Chiang Mai University working with his teacher. In "Departed<>Revisited", some of Montien's original pieces will be resurrected on the same ground where they once stood. Among them are Vessel-Meditation, a clay installation that speaks of life's impermanence; Room, a piece that came out of Montien's growing unease that led him to adopt two symbols, the question mark and the exclamation mark, as the motif; there will also be a video documentation of Body Temple, a mournful work made up of coffin-shaped wooden boxes laced with his dying wife's therapeutic herbs. 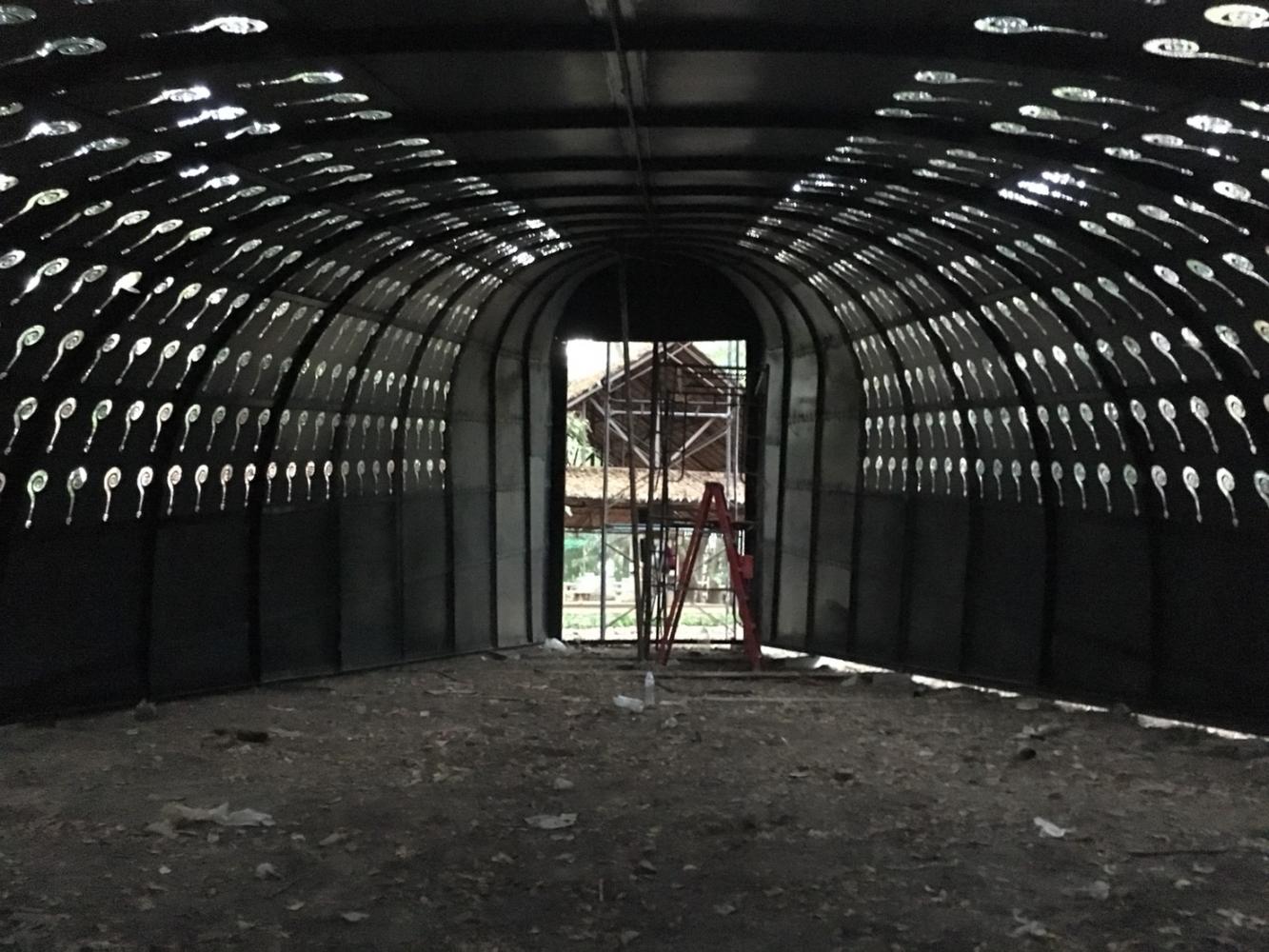 Alongside these historic pieces will be Navin's interpretative tribute to the late artist through several works. One of them is a visual travelogue that records Navin's journey to see people who knew Montien; the video is accompanied by Navin's voice reading a letter addressed to his teacher. Another highlight is a new work inspired by an old one; Black Questions (After Montien Boonma) is a re-imagination of Montien's Black Questions (1995), exhibited Wat Umong over 20 years ago. This outdoor sculpture is shaped like a tunnel, at the end of which is a monochrome portrait depicting Montien and his extensive universe of friends, family, acquaintances and students.

"Departed<>Revisited" will open this Saturday at Wat Umong. There will be a lot of activities on the opening weekend where artists, critics and friends of Montien will come together to celebrate his life and work. The exhibition will continue until the end of March. 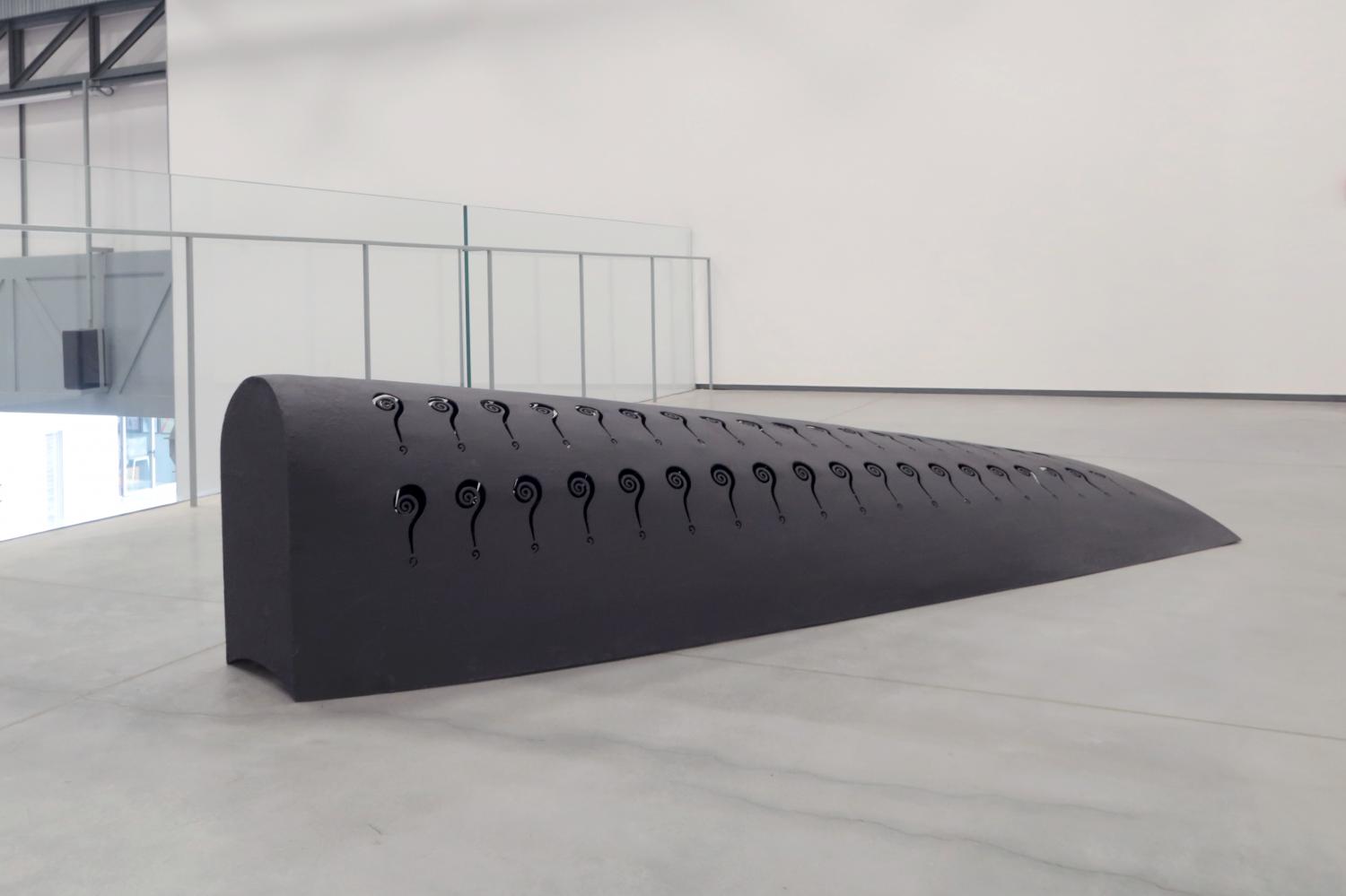