The year nature bounced back

As Thailand welcomed 2020 with a ban on single-use plastics, the Covid-19 pandemic has led the government to adopt several strict measures to safeguard the environment

One of the most difficult years in living memory, 2020 gave us the Covid-19 crisis, but it also provided us with many lessons.

While people have become more aware of the impact of global warming and climate change and started seeking solutions for sustainable living in recent years, this year, the outbreak provided a clearer picture as human activities were disrupted, which allowed the environment to spring back to life. The authorities and private sectors took this opportunity to shift their sustainability strategies, however, several problems still remain unsolved.

Life captures some of these issues to mirror movements in the country.

As the year of the rat arrived, single-use plastic bags were banned in Thailand. The Pollution Control Department (PCD) had spent two years preparing to implement its 20 year-action plan regarding plastic waste management from 2018 to 2037 in a bid to encourage Thais to stop using seven types of plastics commonly found in the sea like polystyrene-made food containers, plastic cups, straws, cup seals and plastic bags.

Aiming to reduce plastic debris by 225,000 tonnes a year, 75 shopping malls and convenience stores with over 24,500 branches stopped providing customers free plastic bags as they joined the "Every Day Say No to Plastic Bags" campaign.

Thailand is the sixth-largest contributor of plastic waste in the world's oceans and this was a collective effort to alleviate the crisis after marine ecosystems have been damaged extensively for decades. Shoppers had to learn to carry their own fabric bags when shopping but at the same time, some pointed out that retailers were taking advantage of the opportunity to save costs and push the burden onto consumers.

The ban on single-use plastic bags is expected to be fully introduced next year while a ban on plastic bottles, cap seals, disposable bags, cups and straws will be added to list between now and 2025.

Moreover, the Natural Resources and Environment Ministry will also ban plastic and electronic waste imports starting this Friday. Back in 2017, China had banned electronic and plastic waste imports, resulting in top waste exporters like Australia, Japan and the United State shifting focus to Thailand due to weak environmental laws.

According to the Ministry of Natural Resources and Environment, the amount of imported plastic waste jumped from around 152,000 tonnes in 2018 to 323,000 tonnes in 2019, making Thailand one of the largest dumps in the world. Today, the country has a recycling capacity of 25% but the ministry wants to see all plastic waste in Thailand being recycled by 2027.

Hoping to enhance its waste management strategy, the Commerce Ministry recently announced a ban on the import of 428 types of electronic waste as part of a 2018 resolution by the government sub-committee controlling imported electronic and plastic waste. 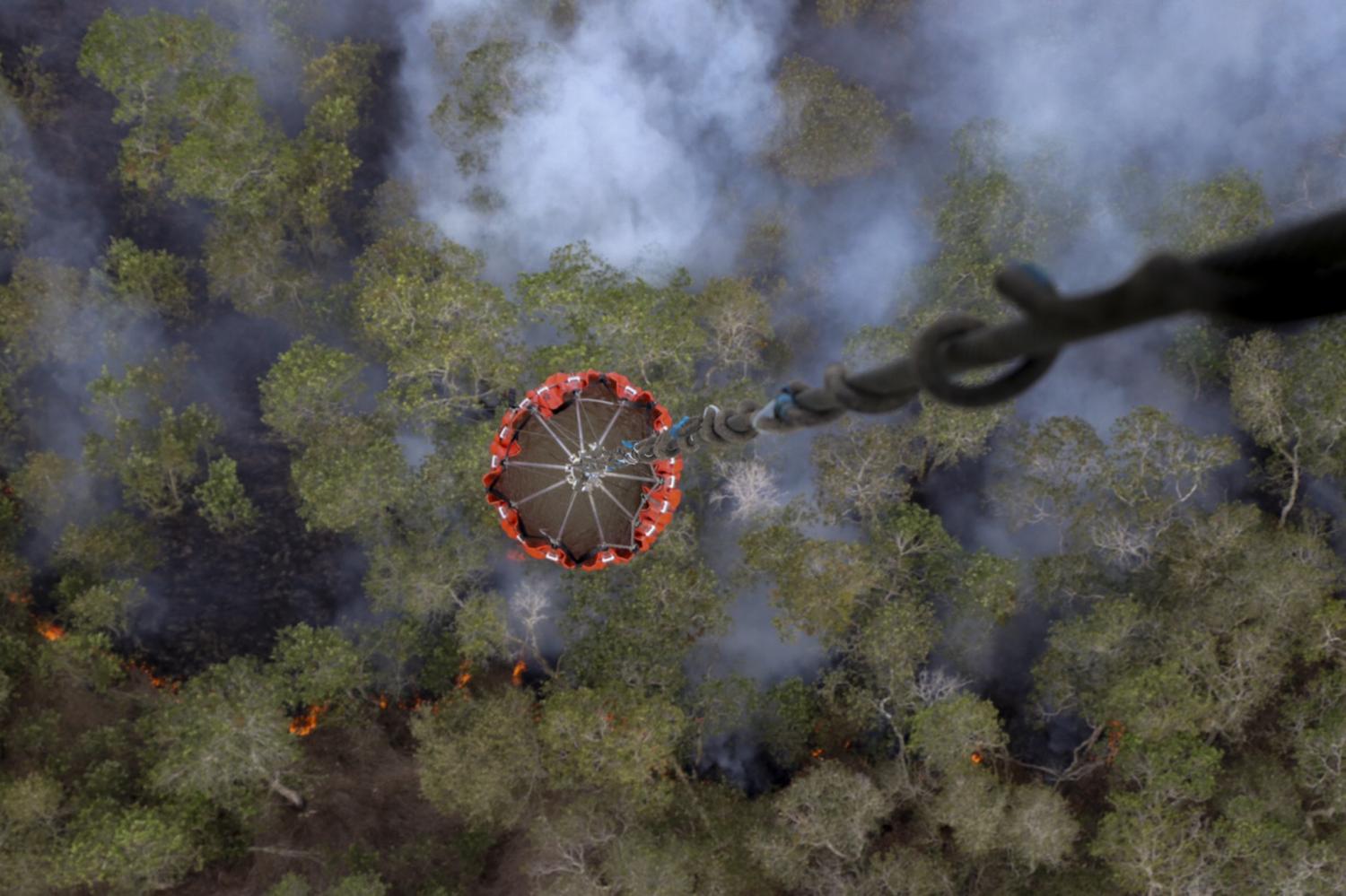 This year, Thailand experienced at least two major wildfires, starting from the Phu Kradueng National Park in the northeastern province of Loei, where 3,400-rai pine forest and grassland burned down, a result of man-made activity.

According to an investigation, the park office pointed out that some folks might have set fire at the foot of a hill while collecting wild animals and plants. With strong winds, it quickly spread up to the mountain, but fortunately, the inner core of the park, home to wildlife, remained safe.

Some conservationists indicated that Phu Kradueng might be too dense as the authorities have spent over 30 years expanding pine plantations in areas that used to be green pastures.

While Sasin Chalermlap, secretary-general of the Seub Nakasathien Foundation, said to the Bangkok Post that the mountain was more beautiful with green pines, the plantations have changed the ecology of Phu Kradueng. Pines have consumed large amounts of underground water and the large plantations have sucked up water on the mountain top as well. Therefore, the authorities should leave the area to recuperate as a grassland that would serve as a natural fire break.

Like any other year, highlanders in the north had to fight against the blaze, stretching from Doi Suthep-Pui National Park, Doi Khun Pae and Doi Mon Dok in Chiang Mai to mountainous lands in Mae Hong Son and Lampang.

The wildfires have long been a source of conflict between local communities and authorities, especially when park officers pointed out that the fires were a result of villagers burning forest for rotational farming and foraging.

To find a solution that allows everyone to co-exist, the authorities announced two weeks ago that there would be no ban on farm burning in Chiang Mai this winter. Instead, the authorities will shift their focus from a zero-burn policy to fire load management instead.

As the country went into lockdown and people stayed at home for months on end, it was a golden time for wildlife to come out and roam around the lands.

On social media, there were video clips showing a large herd of elephants slowly crossing a road in the eastern province of Chachoengsao while another showed a group of leatherback sea turtles on the beaches of Phangnga and Phuket laying their eggs.

To promote sustainable tourism post-Covid-19, the Natural Resources and Environment Ministry has decided to close all 157 national parks for at least two months every year so that the ecosystem will have a break to rehabilitate.

In Krabi, the authorities have used reef propagation techniques to plant almost 30,000 young corals in Maya Bay but just 15% have survived. However, its ecology is gradually recovering and now the national park is building a new nature trail and vantage point where tourists can admire beautiful views of the pristine beach and the bay from far away.

"The whole beachfront of Koh Yung will be blanketed with branching corals over the next few years. Before the Covid-19 crisis, there was hardly any marine life in the deep-water areas but now we can see sharks seeking food -- this means the marine ecosystem is once again becoming bountiful. In the past, there were only nine species of fish around here," veteran marine ecologist Thon Thamrongnawasawat told the Bangkok Post.

"I think it will take 30 years to restore coral reefs in Maya Bay. Now, the ecosystem is getting better and it is a sanctuary for blacktip reef sharks to give birth."

Sending rubbish back to tourists

To celebrate the high season, Khao Yai National Park will send trash back to tourists as a keepsake. The credit for this campaign goes to Natural Resources and Environment Minister Varawut Silpa-archa who came up with this plan to deal with visitors who leave their litter at campsite spaces.

He posted on his Facebook account that the park provides rental tents and facilities to every tourist. Therefore, they should not forget to put their rubbish in the bins provided before leaving as well in order to avoid endangering wild animals. In case rubbish is found, the park will mail it back to the tourists as a souvenir.

This was his reaction after photographs on social media showed rubbish left behind in tents in Khao Yai National Park. Following the 2019 National Park Act, lawbreakers can be fined up to 500,000 baht or jailed for up to five years for littering. 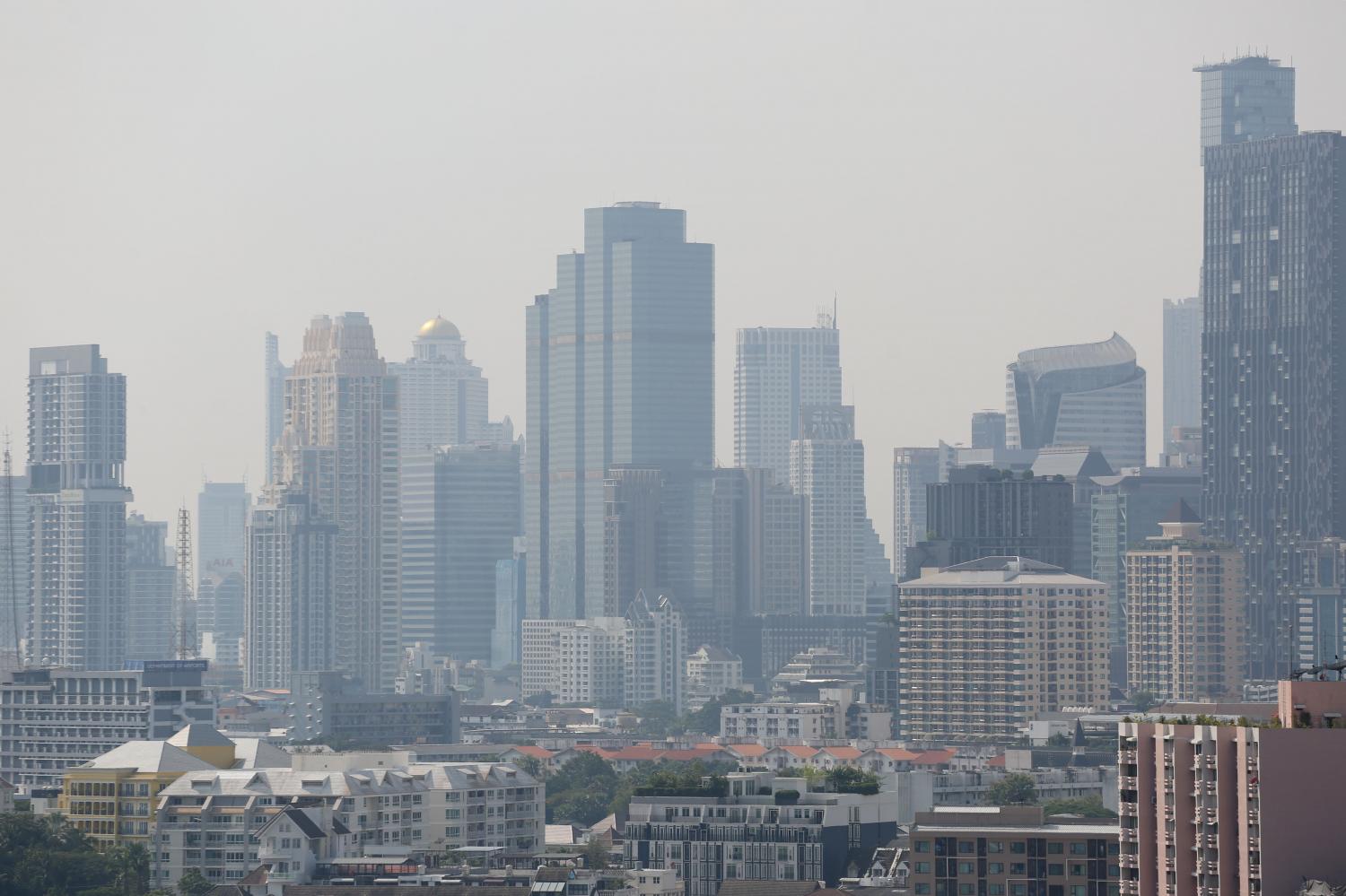 This month, PM2.5 pollution returned to Bangkok and other provinces. The authorities suggested people should adjust their lifestyle such as changing working hours, closing schools and travelling by public transport. There is also a plan to ban trucks in the capital areas.

Two weeks ago, the Ministry of Natural Resources and Environment also announced to cut the number bushfires which generate this pollution in the northern region.