Social issues in the spotlight

As the end of 2020 nears, one can confidently say that Covid-19 has probably had the biggest impact on exacerbating social issues in the country.

The economic shocks as a result of the pandemic have significantly increased the risks of violence, exploitation, and abuse for individuals, households, and communities as they struggle to sustain a livelihood and cope with future economic uncertainty within the short-term constraints imposed by measures to mitigate the spread of the virus.

While there have been numerous cases in 2020 mirroring the social ills in Thai society, Life examines the top four news stories this year that best encapsulate deep-rooted issues within society that need to be addressed.

A press conference regarding the mysterious death of Nong Chompoo in October. Photo: Apichit Jinakul

The alleged murder of two-year-old toddler Nong Chompoo in Mukdahan province in May deeply disturbed the Thai public. The suspicious death of the little girl, whose naked body was found in an elevated forested area attracted public attention at a feverish level, with reporters combing the area 24/7.

The high-profile case led to a handful of press conferences by police in which it brought forth new witnesses and evidence that might help crack the case and lead to the arrest of the perpetrators. However, the toddler's demise under dubious circumstances in her village in the Dong Luang district of Mukdahan became a national fixation in the following weeks and months after her lifeless body was found by a search team comprised of villagers.

The media frenzy that ensued after the initial few weeks of updates began to become increasingly dramatised in what appeared to be a vain attempt to rake in viewers. Several TV news programmes and talk shows also took it upon themselves to become amateur investigators, unscrupulously invading the privacy of the dead girl's family and neighbours for interviews that had become a daily occurrence.

Coverage by two Thai digital TV channels, Thai Rath and Amarin, eventually received criticism by the public and investigators for their extensive coverage of the crime which often had reporters bringing character witnesses that had no particular bearing on the case.

In fact, both channels faced criticism for treating the death of the young girl inappropriately to boost viewer ratings. These channels were also slammed by many Thai netizens for portraying the murdered toddler's uncle as a misunderstood innocent man while he was in fact the main suspect in this case.

The public, nevertheless, found themselves divided on which side to take as some viewed this sort of coverage as a quest for justice largely due to a lack of faith in law enforcement to do their job properly. 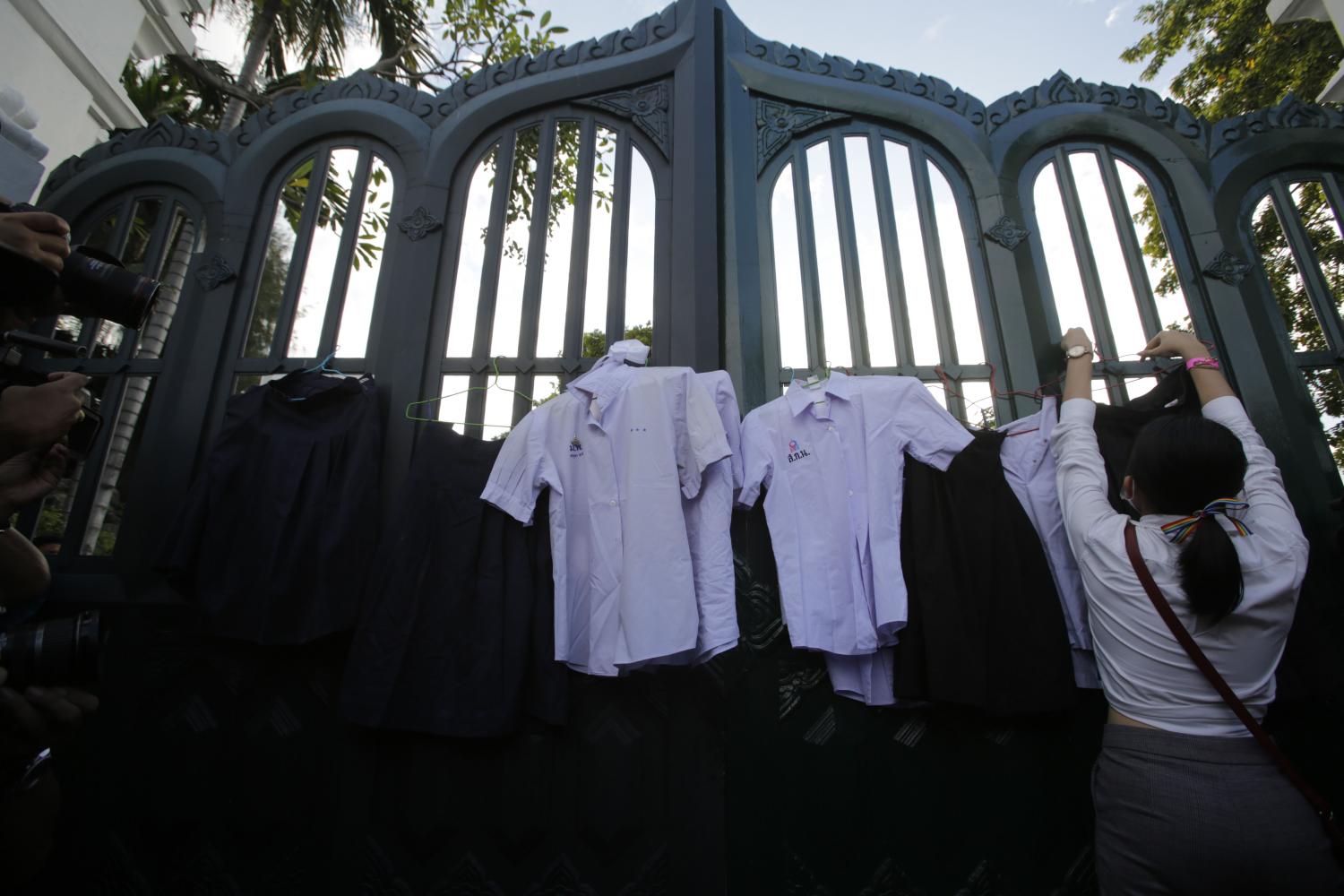 Student uniforms hang in front of the Ministry of Education as part of a student movement to call for freedom to wear personal attire to class. Photo: Pornprom Satrabhaya

Ditching school uniforms for normal plainclothes was a hotly contested issue when the "Bad Students" protest group posted an appeal on Twitter calling on students to wear what they want.

Their reasoning was simple: let us attempt it and determine if wearing outfits of our choice can reduce inequality.

Their message resounded a much-suppressed desire to discard their obsolete uniforms and have the freedom to wear personal attire. There was even a shout out to all students to throw away their uniforms on Dec 1 and dress in the manner they prefer to go to school. The hashtag #saygoodbyetouniforms pretty much summed it up.

Also, since anti-government protests commenced in mid-July, students have been railing against the Education Ministry, not to mention the wider administration of PM Prayut Chan-o-cha. From their handful of petitions, this was probably one of the most eyebrow-raising moments for many in the public.

A Bangkok Post report said the call had also been taken up by fellow activists in the northeastern province of Khon Kaen. The Pakee Students KKC group took to Facebook to urge students to ditch their uniforms.

The overall reaction from schools leaned more towards: "If you desire to act according to the rules outside of the school campus, it is your prerogative but the school has its own rules."

Amporn Pinasa from the Office of Basic Education Commission said students refusing to wear their uniforms were in breach of school regulations. 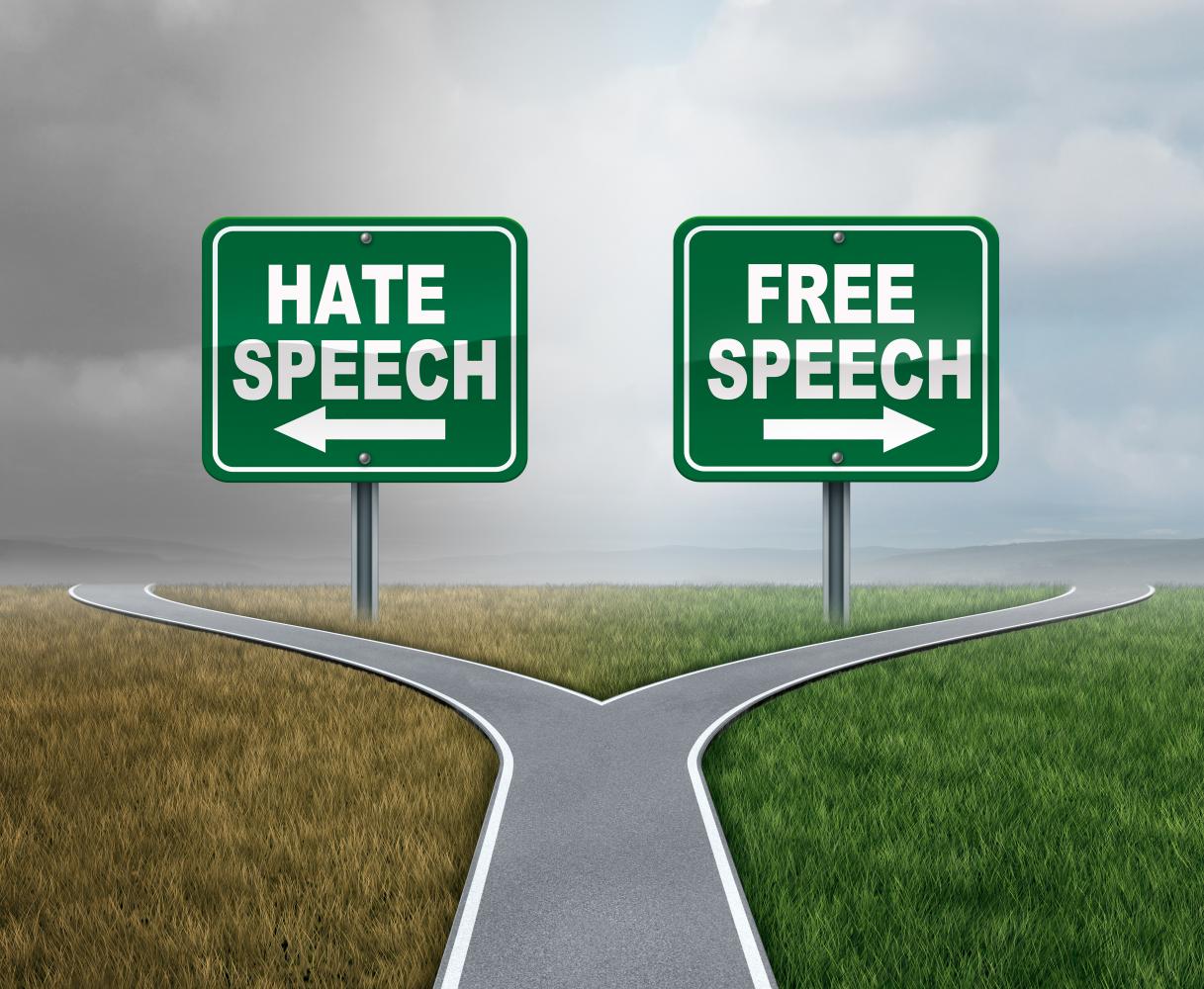 Given the heavily divided political landscape, respected academic and peace advocate Chaiwat Satha-anand warned the public that violence caused by differences in political ideologies will get worse because of hate speech and fake news.

Due to the volatile nature of politics, he said there is a high likelihood for people to turn violent before adding his concern that Thai society has arrived at a point of prolonged conflict.

"Conflict will continue even though governments, including the military-engineered Prayut Chan-o-cha administration, have tried to reconcile rival groups," he said.

Some of the factors that deepen the conflict, according to Prof Chaiwat, is online hate speech and fake news posted on social media.

Chaiwat said attempts to educate society to recheck "facts" posted on social media were needed but it was still not enough. 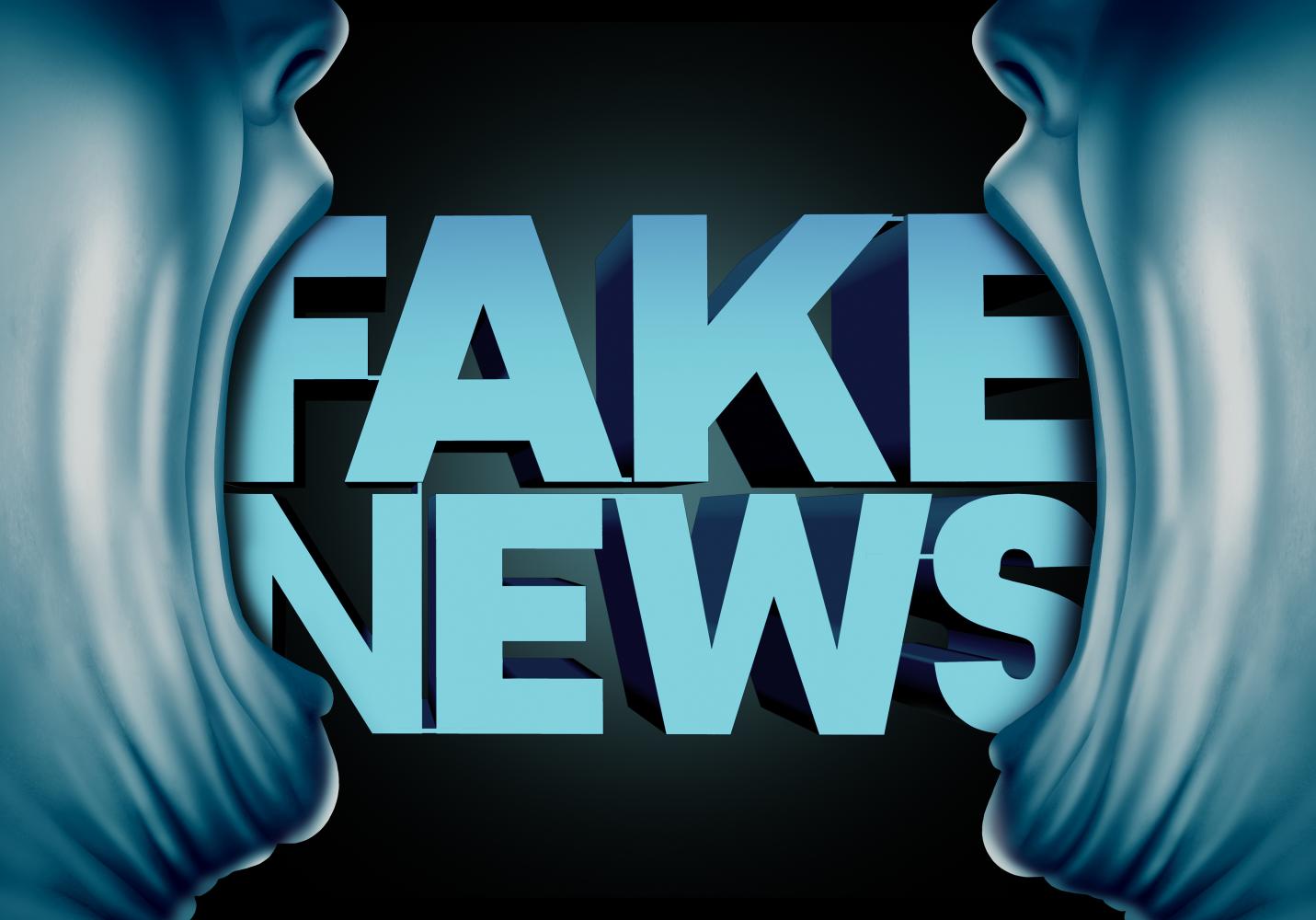 "The reason behind hate is necessarily related to or solved by education," he remarked, adding that the family and upbringing also have a pivotal role to play in remedying the problem.

"Hate speech is nothing new to Thailand. The country has witnessed hate speech for almost a decade, albeit without always breaking into violence.''

Prof Pirongrong Ramasoota, vice-president of Chulalongkorn University for Social Outreach and Global Engagement, said fake news has become a powerful tool to stoke hate and fear and that a combo of fake news and hate speech is a recipe to stir up violence.

"My concern is that people easily believe what they see or read without checking whether it is true or not. I would suggest people become educated about what the media does." 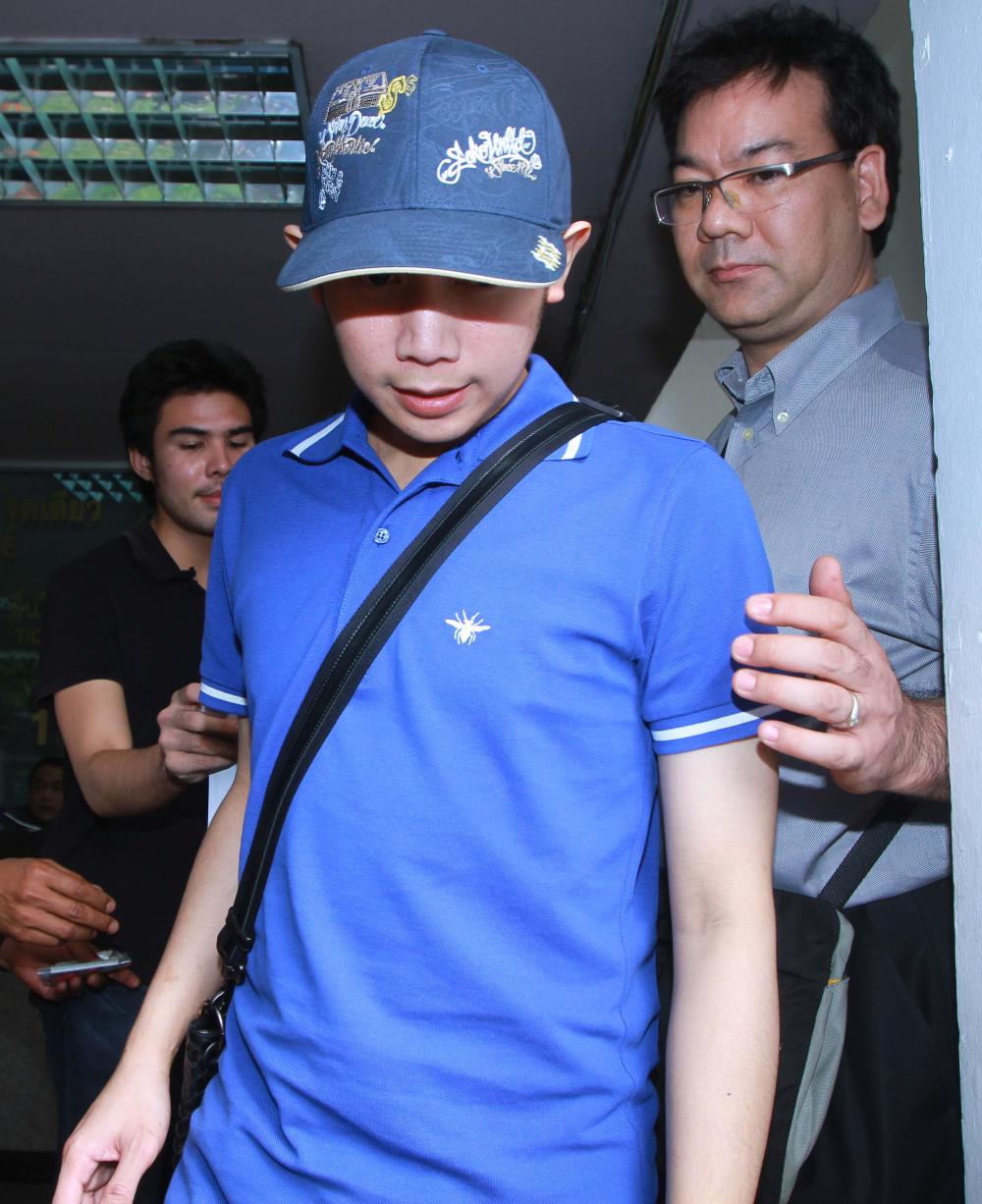 Red Bull scion Vorayuth "Boss" Yoovidhya, the suspect in a brutal hit-and-run case in which a police officer was killed, gave authorities the slip in 2017 leaving for the UK just days before he was due to answer charges over a 2012 incident where Pol Snr Sg Maj Wichian Klanprasert was killed.

Legal proceedings to indict the grandson of the late founder of Red Bull have dragged on since then, often hampered by excuses and delays.

From the very start, many critics had little faith in the outcome of a case which they claimed highlights the privilege enjoyed by Thailand's wealthy elite or so-called "hi-so" families. Let us not forget Vorayuth's father is Thailand's fourth-richest billionaire, according to reports.

While an effort was made by concerned parties to bring the suspect back to Thailand, nothing actually came out of it and it was not until September of this year that news of prosecutors indicting the suspect on cocaine and reckless driving charges once again surfaced.

These new charges were brought about by new evidence two months after all other charges were dropped. Surprised? Don't be as the rich don't give up without a fight.

A working group at the Office of the Attorney-General (OAG) announced the prosecutors' decision shortly after authorities "unexpectedly" dropped the case, sparking public outrage and a series of investigations that pointed to widespread flaws in a justice system that seems tilted in favour of the rich and connected.

We also learned that a new investigation in the case found that the suspect, Boss, had taken cocaine during the time of the accident. No legal action had been taken against him previously on the drug charge.

Moreover, there was also fresh evidence and key witnesses who could prove the reckless driving charge to court.

It was also reported that earlier, a deputy attorney-general and an acting police chief decided to not arraign him on reckless driving charges causing death.

Just when you thought there was finally a breakthrough in this case, we heard reports this month about how public prosecutors are now insisting they cannot proceed with the indictment of Red Bull scion on drug charges for allegedly having cocaine in his system during hit-and-run, saying they are duty-bound to wait until police actually arrest him and bring him to trial.

So, the waiting game continues and so does the following question: what if Vorayuth was not the Red Bull scion but the son of a mechanic? Would he not have been prosecuted at a lightning pace and duly incarcerated if found guilty?