Taking a similar approach to designing concept cars, Chopard has created its first self-winding tourbillon chronometer, the Mille Miglia Lab One, which represents a condensed expression of technologies and the brand's futuristic vision of haute horlogerie.

Chopard's design engineers and watchmakers drew inspiration from a unique movement that equips the L.U.C Engine One models.

Inspired by a disc-brake system, the tourbillon carriage is brought to a halt by axially mounted levers that are activated as soon as the crown is pulled out. The movement can thus be set to the nearest second, which is extremely rare for a tourbillon.

Another patent filed by Chopard relates to the Variner balance, which ensures stable movement rating by compensating for inertia variations throughout the running time of the watch.

The movement is characterised by its engine-style finishing. Its open-worked tourbillon bridge is shaped like a satin-brushed double bar. 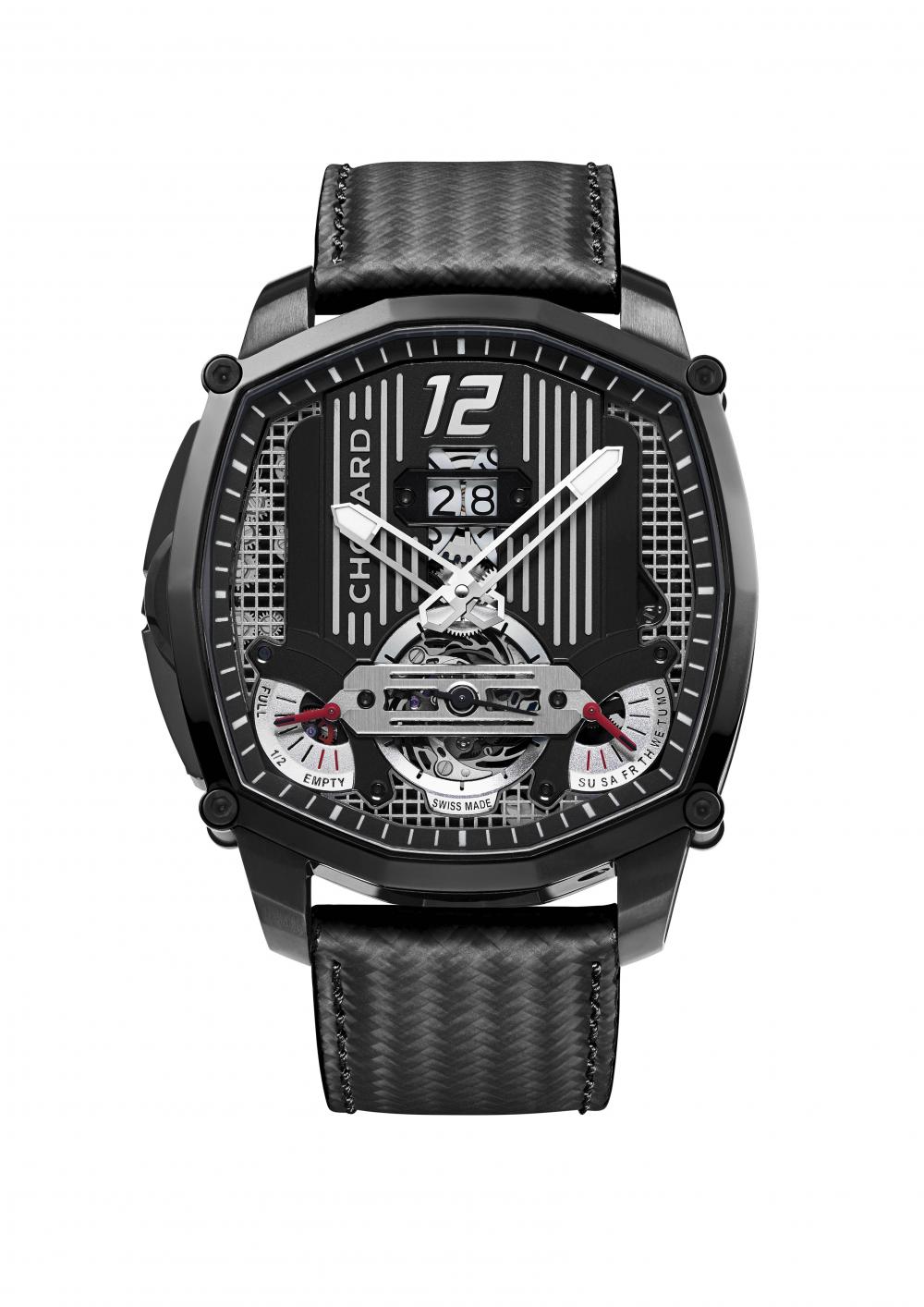 Featuring an all-dark finish in colours alternating between anthracite and deep black, thanks to a new galvanic treatment, its shimmering grey colour makes a striking contrast with the calibre.

With its 485 parts, the Calibre 04.03-M is one of the most complex movements ever made by the Swiss manufacture.

Dictated by the movement, the cushion-shaped titanium case with a black Diamond-Like Carbon (DLC) treatment measures 48.6mm by 46mm.

The dial is an open-worked grid reminiscent of a racing car radiator grille, while the movement echoes the open-worked cylinder head topping the dial and housing a large double-disc date display at 12 o'clock.

A retrograde day indication is located between 4 and 5 o'clock, opposing the power reserve display. When full, the "petrol tank" of the Mille Miglia Lab One delivers 60-hour power reserve.

A patent has been filed for the invisible crown which, to avoid disturbing the wearer during laps, remains hidden beneath the watch and interacts laterally with the movement. Contrary to standard practice, it is fitted on the left.

The final touch is set by the strap with its resolutely automobile-style materials: woven carbon fibres on one side, and rubber next to the skin.

A limited-edition of 20 pieces, the Mille Miglia Lab One is available exclusively in Chopard boutiques. 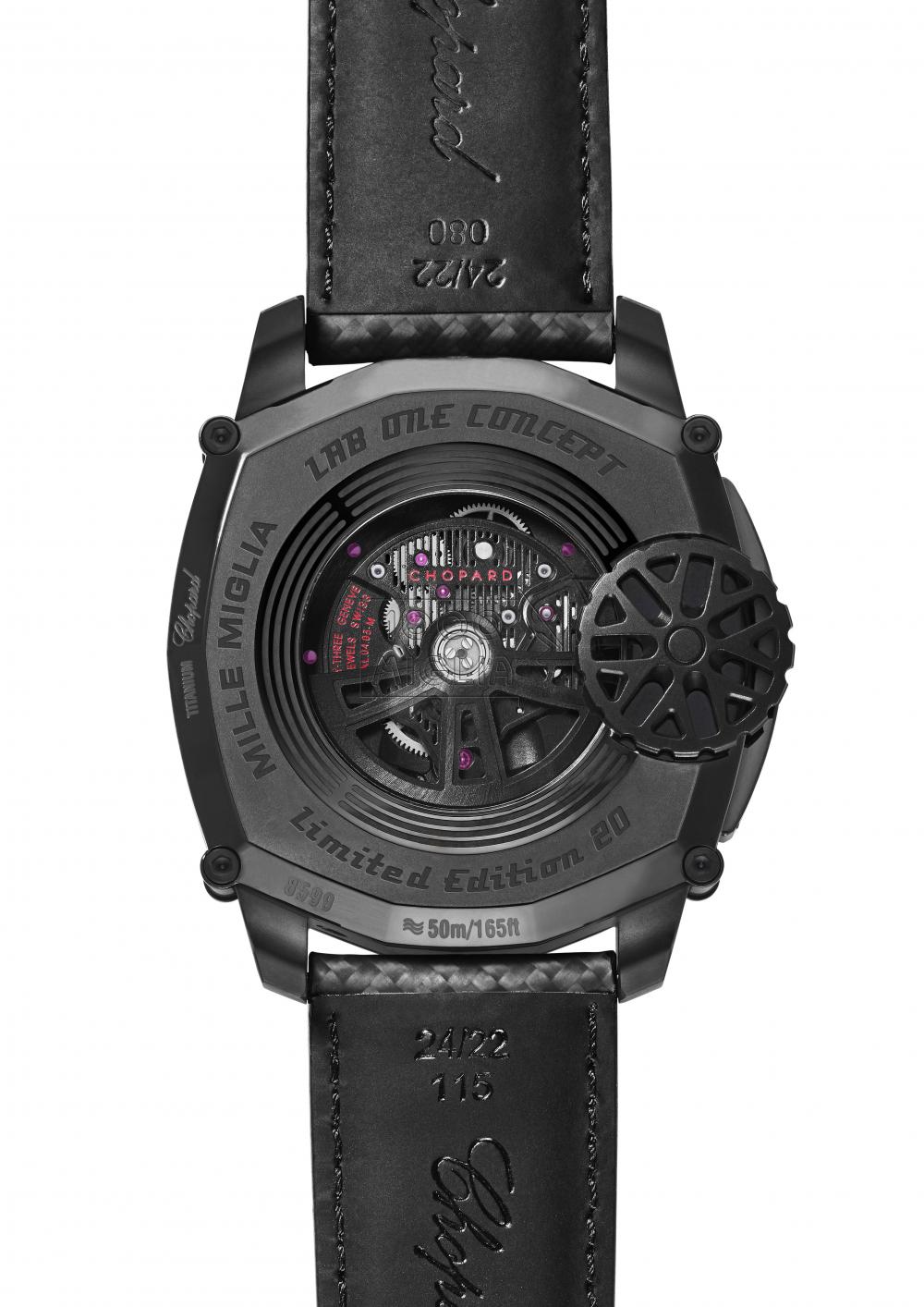