The family of a young bride stood up at her Isan wedding has turned down an offer from the groom's family to hold the wedding again next month, saying being duped once was enough.

The young bride, "M" (full name withheld) Yusamran, 15, was left to greet guests alone at her simple wedding, held under a rented tent at her home in Phra Thong Kham district of Nakhon Ratchasima, after the groom and her lover of seven months, Theeraphat Khemsuntia, 20, failed to show.

The bride's family posted pictures of the failed Jan 17 wedding and asked friends to share them. The story was taken up widely by the Thai media last week, amid claims that the bride's family pressured the groom into marriage after the groom had his way with the girl, who is underage. 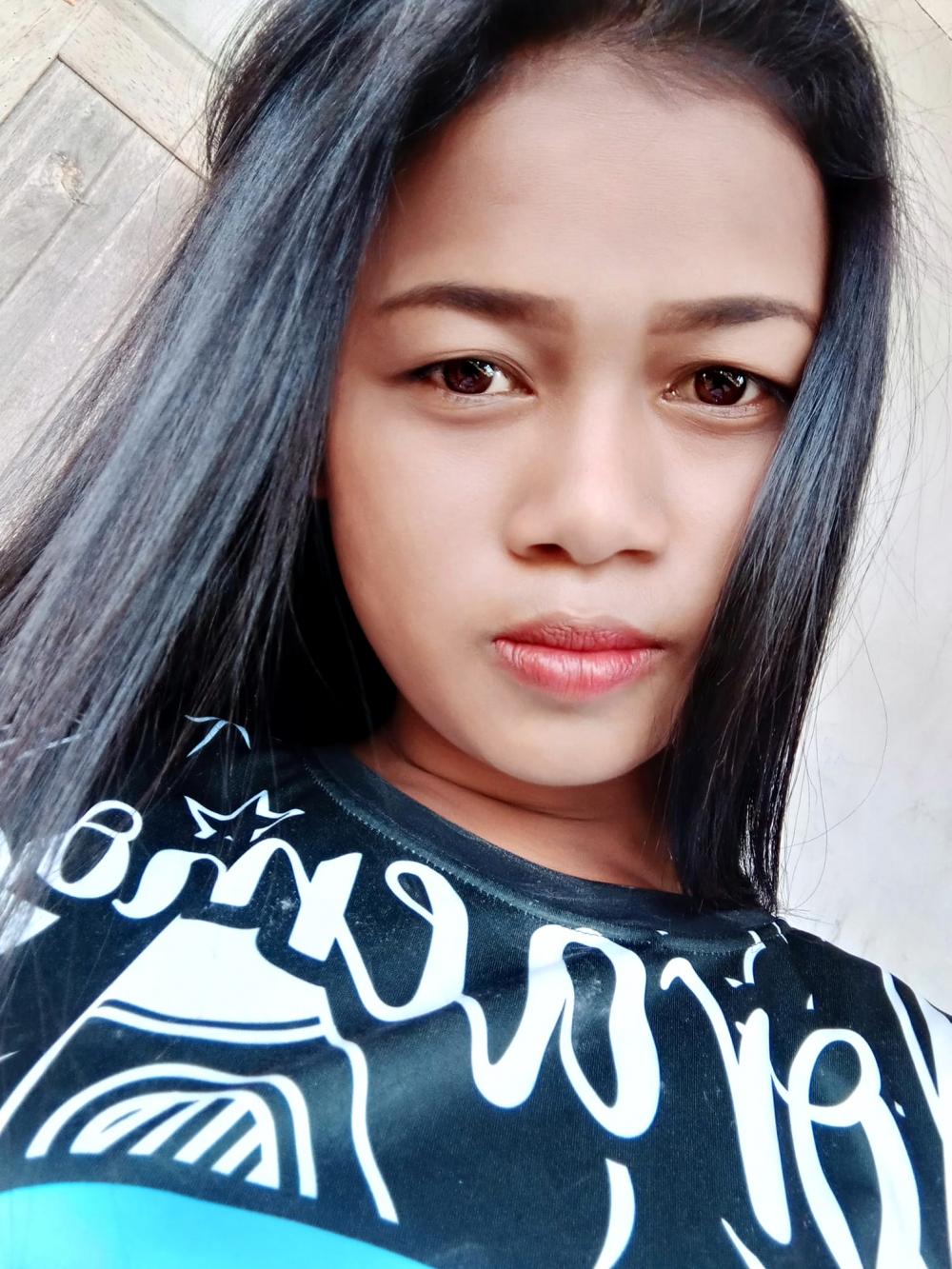 Media reports said M's family laid a police complaint alleging the groom had absconded with the girl. Theeraphat's mother, Umaporn, 56, said she was worried her son would end up in jail, so asked to meet the family.

M's family demanded damages of 100,000 baht in return for dropping the legal action. But she told them her family had no money. "So her family suggested they get married," Ms Umaporn said.

She was told to meet the family at the police station where she had to agree in writing to take responsibility for her son's actions by agreeing to marriage. "I don't know what they wrote, but I signed it," she said, adding she had little education.

Ms Umaporn said her family is poor. Her son, like M herself, left school early and is unemployed. Just as she could not afford the damages, nor could she find the bridal price demanded by M's family, of 60,000 baht plus 1 baht's weight of gold.

"But they insisted I would have to find it; if I couldn't find it, they said I shouldn't bother turning up."

Ms Umaporn said if her son and M love each other, they should be allowed to live together first without having to get married. After they find work they could save some money and get married later.

She claimed the bride's family didn't consult her about any of the wedding preparations. The groom's family contacted her the day before to say it was on, but she decided not to go as she still had not raised the bridal price. The bride's family had given her just three months to raise the sum, which was not enough.

"If the court decides my son has to go to jail, we will just have to live with it," she said. Theeraphat and M met on the internet. "The girl came to see my son once or twice a week but didn't stay overnight," she said.

The bride's family, meanwhile, said it was left out of pocket by 119,000 baht as a result of the no-show.

Som Bunchert, M's father, said the family of five was forced to mortgage their land for 30,000 baht, borrow from friends and call on their savings to pay for the wedding. He is the main breadwinner, bringing in 200-300 baht a day by selling goods he finds in the local forest.

M's mother, Lamduan Bunchert, 36, said Theeraphat's mum had told her he would marry her daughter at the bridal price demanded. She had also signed the document agreeing to the deal. "The groom's mother also proposed the wedding date, though she left me to organise the wedding and did not contribute any money," she said. 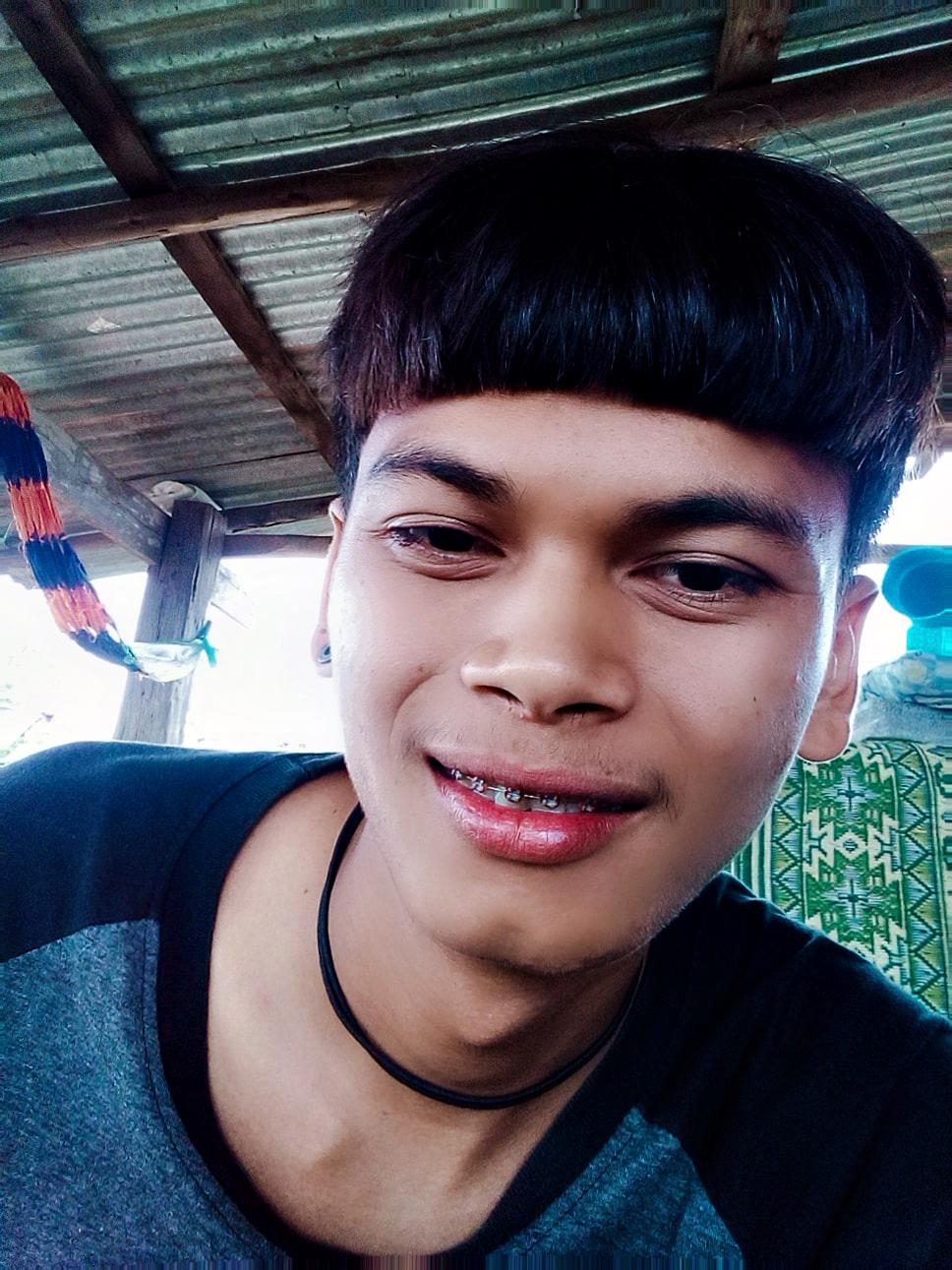 Theeraphat turned up the day before the wedding to help arrange the venue. Facebook images show the couple posing with friends and relatives; nothing seemed amiss.

She felt embarrassed about the turn of events, as guests included the tambon chief and everyone asked what had happened to the groom.

The day after, the groom sent a message saying sorry, and that he still loved her. However, he also asked if she really wanted him to go to jail.

Media reports say that after Theeraphat's no-show, the bride's family went to police, who persuaded them to lay charges of abduction and statutory rape against Theeraphat. The Daily News newspaper said he had made M pregnant before the bride's family urged the pair into marriage.

At the police station, Theeraphat told M's clan that if they wanted to recoup the cost of the wedding they would have to see him in court. He maintained M was just as keen on sex as he was. He denied media reports he fled, claiming his family was not told about the wedding until late and was not game to show as they did not have enough money.

Despite that, his mother Ms Umaporn later said she is willing to pay the bill for the wedding expenses, as the debts have left the bride's family struggling to feed itself. After talking to her son, who is still keen to get married, she has also suggested the couple try again next month, by which time she hopes to have raised the bridal price.

M's family, however, is having none of it. The young woman, who was shown crying with relatives on the day she was stood up, said she is too heartbroken to take such a step.

Her father, Mr Som, said they would not agree to another wedding, and nor were they willing to settle the legal case. "If we hold another wedding we could be deceived again. My daughter is also very unhappy," he said.

Slumming it in quarantine

An engineer who complained about living standards at a quarantine hotel in Ranong has been put in his place by local notables, saying he was too used to the good life and not willing to give hardship a go.

The engineer, who returned to Thailand recently after working in Myanmar, posted to Facebook last week, complaining about conditions at the state quarantine facility based at the old Jansom Hotel, once a landmark in the province. 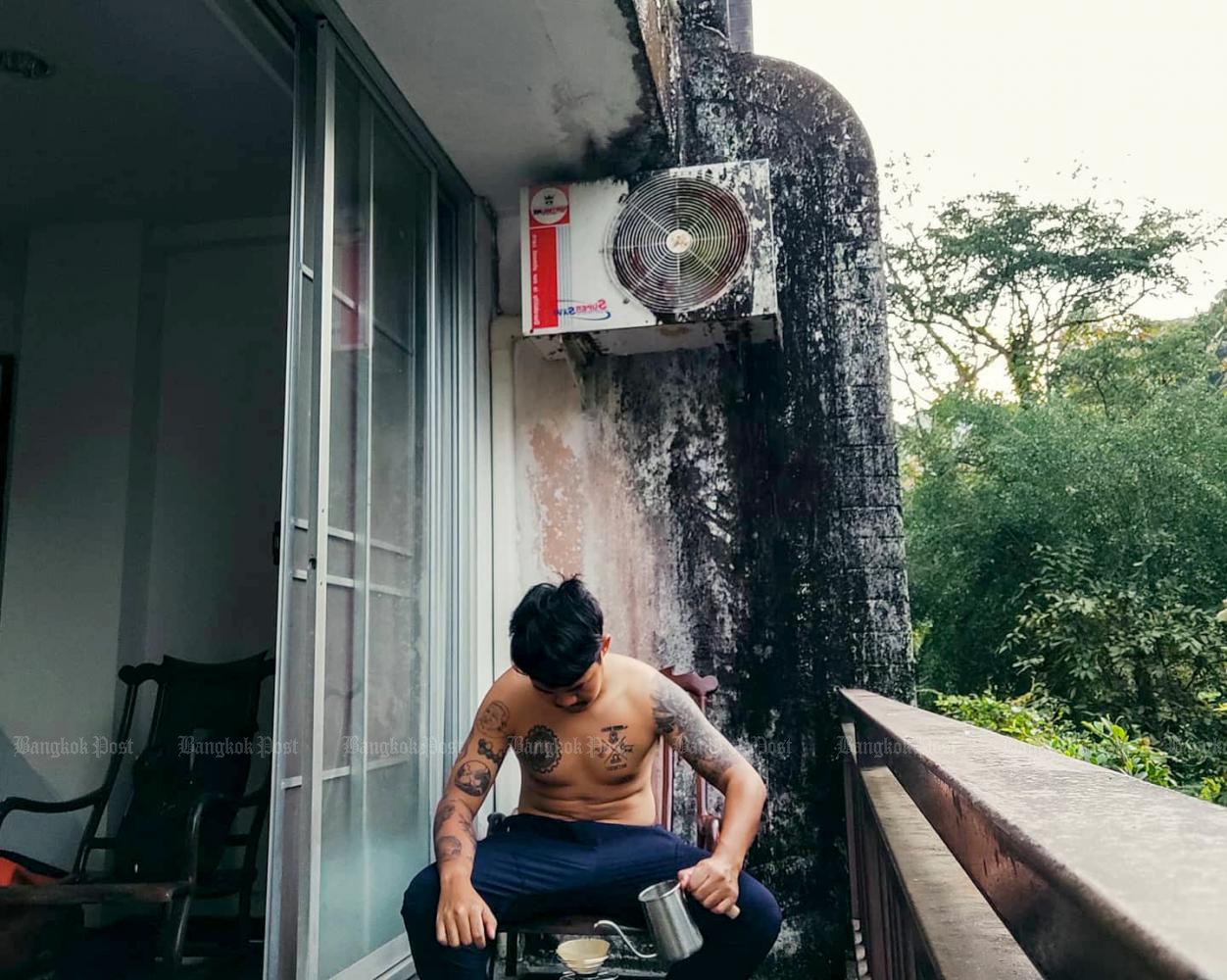 The run-down Ranong hotel where the engineer was staying.

He said he was given a room with no electricity, no water, no WiFi, no fridge. On a more comical note, he was told on the day he arrived that, in the absence of running water in the toilet, he should relieve himself over the balcony, and offer a wai of apology to the resident spirit.

He posted images of a lit candle in his darkened room, and a mold-covered, run-down looking balcony which overlooks an overgrown forest.

"I ask you, is this a suitable place to live? It's no surprise to me that some people flee quarantine, because it really tests the psyche," he complained on Jan 16.

"We have been forced to stay in an abandoned building, little different from what the homeless encounter," he grumbled. By 11pm, he said power and the pumped water supply had been restored.

His FB post was carried widely by the media, which likened the gloomy premises depicted in his post to a haunted hotel.

The publicity upset locals, who say the province had failed to tell them that people were being held in quarantine at the old hotel.

Traders contacted by Amarin TV said they were unhappy to know that people at risk of Covid-19 were staying nearby.

"Not only is the facility close to a community but is also nearby a local tourist attraction [the hot spa]," one said.

He admitted some locals knew people were being held at the hotel, but for many the news came as a shock.

Meanwhile, a staff member working for a local MP, who was not identified, said the engineer critic was a pampered one who should try exercising a little tolerance.

He had inspected the place and it looked clean and safe. He agreed it was really just a place for sleeping, with few amenities.

However, he said few employers locally were prepared to let the state use their premises for quarantine, so the province had no choice. "Trying looking past the little things and exercise a little tolerance," he advised.

Sathit Thimkam, a doctor from the Ministry of Public Health in Ranong, said staff were still looking for suitable venues for quarantine.

Somkiart Sisaneht, governor of Ranong, said the province had used the old Jansom Hotel for quarantine since last year. "The engineer was responding to momentary stress.

More than 100 people have passed through it without problem," he said. The engineer has since taken his FB account offline.

A young man thumped in the mouth by a city motorist in a fit of road rage has challenged his attacker to turn up at the police station where they can view CCTV footage of the incident which set off their row. 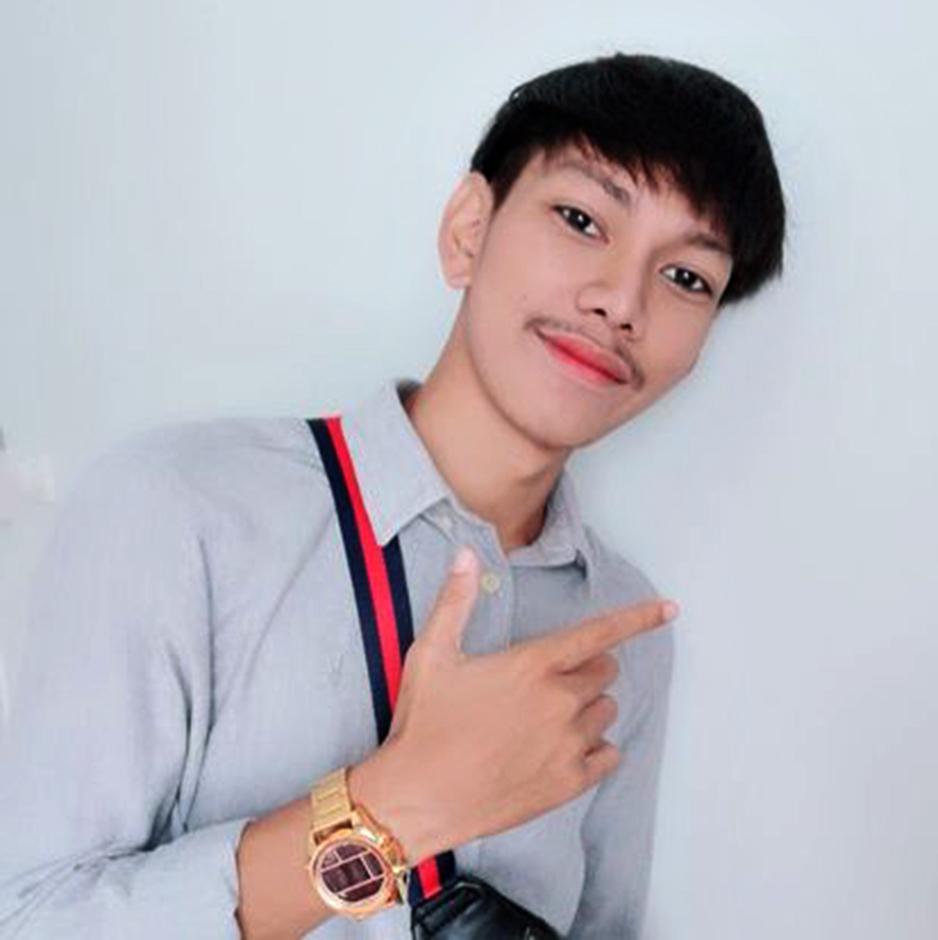 Peerakarn Aiyara said he and his wife were riding his black Scooby motorcycle in soi Onnut 17 in Suan Luang on Jan 17 when a white Honda cut in front of him.

He parked nearby Sam Yaek market to visit a convenience store. However, the Honda cut in front of him again as they both vied for a car park on the narrow two-lane road, forcing his wife to jump clear of the bike.

Far from apologising, a woman wearing green left the Honda and started berating them for their poor driving. Moments later, the male occupant of the Honda approached him and punched him in the mouth. Mr Peerakarn shared video footage of the incident online, though it does not include the assault.

"He accused me of grazing his car, but I said I didn't hit anyone. He challenged me to go to the police before the couple calmly drove away," he said.

Mr Peerakarn visited Klong Tan police to report what happened, and the local hospital to tend to his mouth wound. He said the other side failed to show at the station despite the dare. He said if he had really grazed their vehicle he was happy to take responsibility. If not, the driver should apologise for hitting him.

Krirkrit Kengma, a witness to the incident including the assault, said he had suggested the young man get the police, but the Honda driver took off first.

"I have seen the Honda in the soi often, and he's probably a local. Collisions occur here often as the road is narrow, there are no lights and drivers don't show each other any courtesy," he added. Police are investigating.

A trip to bountiful