A new, offline educational resource shines in bringing parents and children together

Lily, a third-grader, has found online learning during the second lockdown in Bangkok stressful and depressing. Her mundane weekly routine, which centres on peering through a mobile phone screen to keep up with lessons, has caused her to lose interest in her education, much to the chagrin of her frustrated mother, who is losing hope in finding proper educational activities to maintain her daughter's focus. 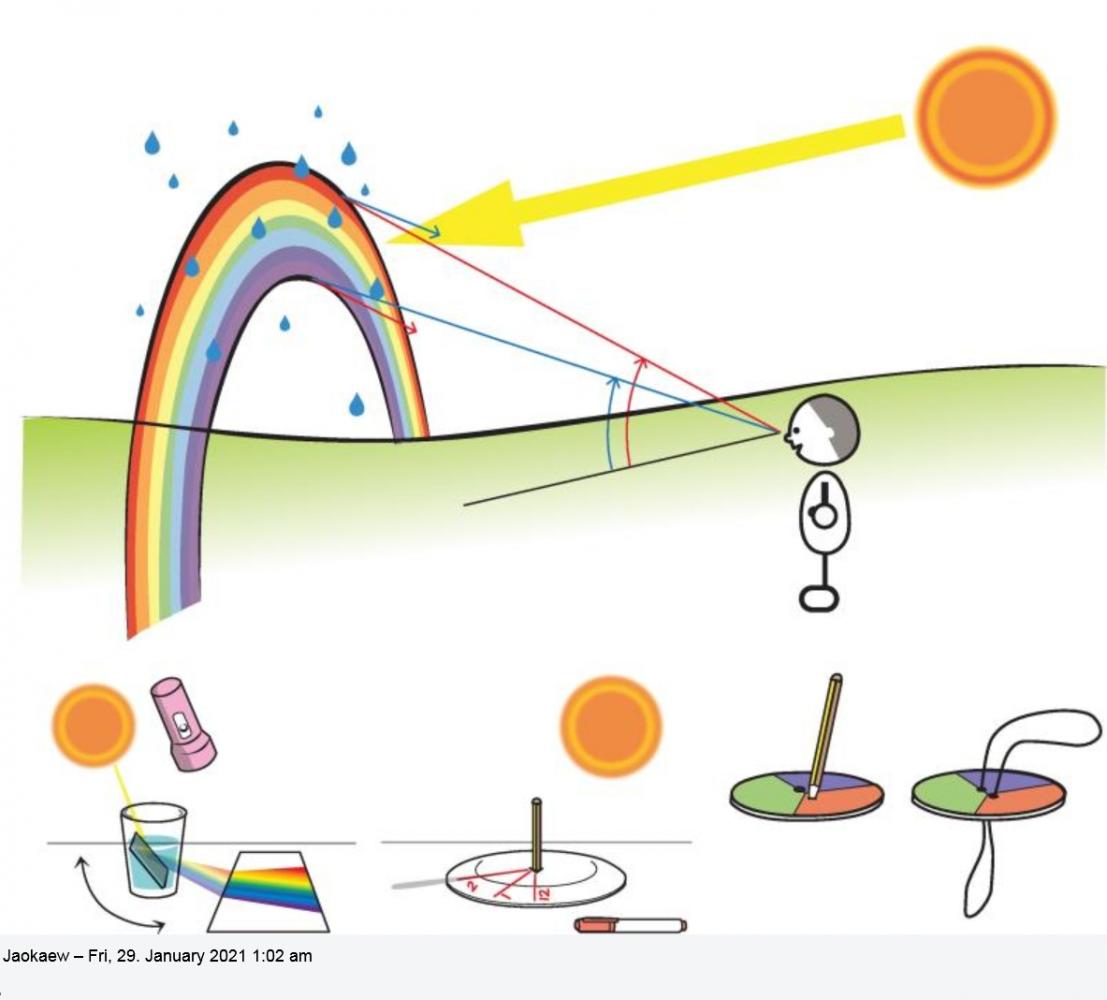 Working from home, she scoured the internet for material that would develop her nine-year-old's interest and curiosity in her lessons, and offer the mother and daughter some bonding time through these activities.

Her search ended after finding Learn to Light, an educational resource created for parents to teach their children about light through fun activities that can be carried out while at home. Learn to Light was recently launched by Nulty, an award-winning architectural lighting design practice.

The initiative, aimed at youngsters between the ages of four and eight, can very well be used by older children due to the diversified topics that are included. Users especially find the attention to detail and colourful graphics highly complementary.

Learn to Light worksheets include play-based learning tasks that introduce young people to key scientific terms such as refraction, reflection, dispersion, and shadow play. Led by Nulty's inquisitive owl, each worksheet encourages children to explore their surroundings and question the role that light plays in their day-to-day experiences.

She was able to download all six experiments, which are in both English and Thai, for free, and with no hassle.

Lily's mother particularly enjoyed worksheets in the Learn to Light series that allowed her to demonstrate to her daughter how to use a light source and objects in the house to carry out creative activities, among which included how to form a rainbow in water, how to create a sundial to understand light and shadow, and how to use a colour mixing wheel to observe the manner in which primary colours disappear to produce white.

Director of Nulty, Spencer Baxter, said that Learn to Light was initially conceived in response to the first Covid-19 lockdown. It was primarily designed to offer families offline educational activities utilising readily available rudimentary household items while staying relevant to the lighting design community that Nulty is a part of.

The firm's guiding principle -- "more than meets the eye" -- is also at the heart of Learn to Light, he said, because it encourages youngsters to be inquisitive, use their imagination, and learn about the science behind light.

"Learn to Light came around through a brainstorming session across London, Dubai, Miami, and Bangkok, it was a collaborative idea and was pushed forward by our team in London," Baxter said. "We originally issued it in English but saw a greater use for it in Thailand because of the complexities of online learning here.

"I visited Thailand 21 years ago and have been a regular visitor since. I have spent a lot of time in rural Thailand, and so have a good idea of how society deems rural education. For me, it was very important that we utilise this content in Thailand because it probably has more benefits to Thai society than elsewhere due to the fact that there is a greater lack of online expertise in education here."

Baxter said the programme is quite a new thing for Thailand, transitioning from physical learning in schools to online learning, which is a lot more difficult. Many households, he added, still do not have the internet or hardware to use, making the manner with which the company offers its content more readily usable to the masses.

"It is downloadable in both English and Thai for free, and can also be used by any Thai national that has an interest in the English language or learning, it can be used as a cross-reference to prove your English language as well."

Baxter said what motivated him to share it further, and as far as he possibly could, was feedback he received from his own children, who have an interest in lighting and science.

"Graphically it is targeted at the younger generation, so at first, he told me that he thought it was beneath his knowledge base, until such a time that he carried out the experiments and learned something about refraction, reflection and so on," he said. "He was pleasantly surprised that he had learned something. And to be honest I would challenge any adult to understand the terms and terminology and understand the results of the experiments.

"I was also motivated to share our content with a rural school in Chaiyaphum, it is a school that is supported by a charitable foundation that is directly linked to our industry. I went to the school and was taken aback by the work they had done and there was great feedback. This has further motivated us to take Learn to Light to a wider community.''

Baxter believes family ties can also be positively impacted when parents and children indulge in educational activities that both enjoy. "Homework is a chore for both children and parents," he said. "One of the aspects of Learn to Light is to make it a little more enjoyable for parents to get involved with their child's education."

"What these activities do is bring people to get around the table, which is certainly something that happened during my childhood. There was table time and family communication time. We would eat and talk together. With the advent of modern technology, it is less prevalent to see this happen.

"Our initiative is to educate, to help bring knowledge to children, but also simultaneously bring the family together while doing so. To carry out something that is relatively enjoyable related to education, which need not be looked upon as a chore. So it is also about creating good quality family time with something that is brain food, so Learn to Light is really a multifaceted tool.''

For video of this story, visit bangkokpost.com/vdo. To access the Learn to Light worksheets, go to www.nultylighting.co.uk/blog/learn-to-light-educational-worksheets-thai-children/.