Change is in the air
Life
Social & Lifestyle

Change is in the air

The government is under increasing pressure to curtail killer air pollution

As the Lunar New Year approaches, ethnic Chinese in Thailand are learning to curtail the tradition of burning paper and incense sticks to prevent hazardous emissions as PM2.5 pollution endangers the country.

Like past years, the veil of PM2.5 dust started shrouding Bangkok and other cities in December as authorities sprayed water to clean streets and suggested citizens make lifestyle changes to reduce air pollution. But this is more like alleviating symptoms than solving the root cause.

According to the World Health Organization, each year around 7 million people die from the impact of air pollution, which is the world's largest environmental health risk. One in eight global deaths is a result of air pollution, with 2.6 million deaths related to outdoor air pollution in Southeast Asia.

New data shows a strong link between air pollution exposure and cancer as well as cardiovascular diseases such as strokes and heart disease. Heavy air pollution also is key to the development of acute respiratory infections and chronic obstructive pulmonary diseases.

Last week, Kasetsart University hosted a seminar called "2021 PM2.5 Matchurat Ngiab (2021 PM2.5 Silent God Of Death)" to raise awareness on the PM2.5 crisis and find solutions for sustainable living. Serving as one of the key speakers, Professor Dr Siwatt Pongpiachan noted particulate matter in the air with a diameter of less than 2.5 microns is wicked, depending on where it comes from.

"The PM2.5 sources are mostly man-made activities, ranging from transportation and agriculture to industry. Today, people focus on PM2.5 concentrations and live in fear. PM2.5 can carry carcinogens and heavy metals, but trees can release chemical substances like aromatic essential oils and a pine forest can contribute to the ozone layer at the same time," said professor Dr Siwatt, director of NIDA Center for Research and Development of Disaster Prevention and Management and research fellow at the Chinese Academic of Science at Xi'An. 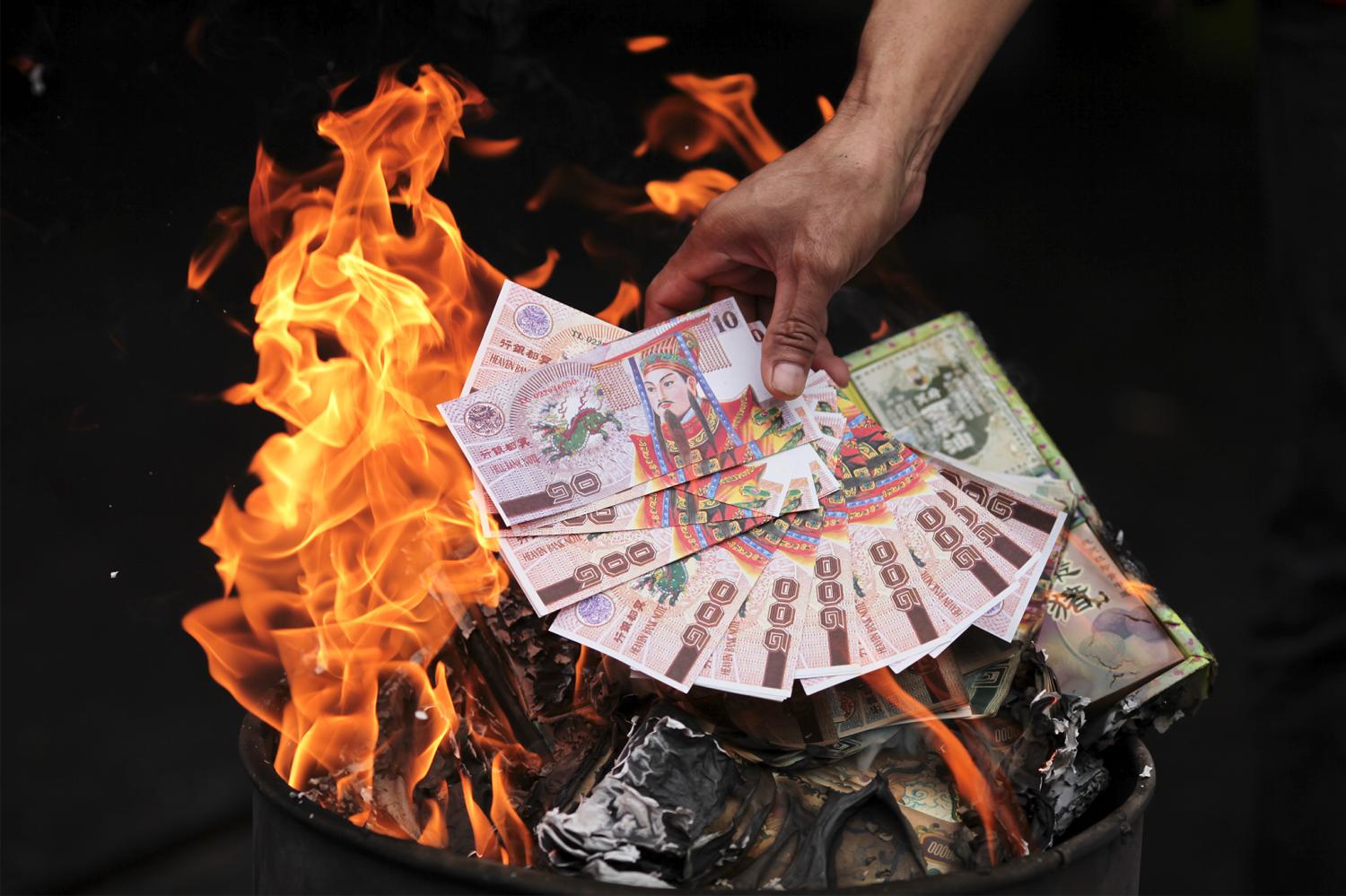 "It's time for Thailand to establish an Environmental Protection Agency like the United States. Recently, members of the Bhumjaithai party and the Thai Chamber of Commerce proposed drafts of a Clean Air Act to the House of the Representatives to tackle the air pollution problem. It's good for Thais to have different options."

Many years ago, Siwatt collaborated with Chiang Mai University and Saitama University to conduct research on the impact of polycyclic aromatic hydrocarbons (PAHs) on air quality. He found there were different proportions of PAHs during wet and dry season. For instance, Chiang Mai has a higher level of PM2.5 as a result of lighting fireworks to celebrate Loy Krathong.

"In 2017and 2018, I conducted research on PM2.5 sources in Phuket and Bangkok and found 44% came from exhaust emission and 24% biomass burning. Therefore, we should give priority to the exhaust emission control and wildfires to tackle the air pollution problem. Some research also found that women and children are more sensitive to carbon dioxide than men and elderly," he said. 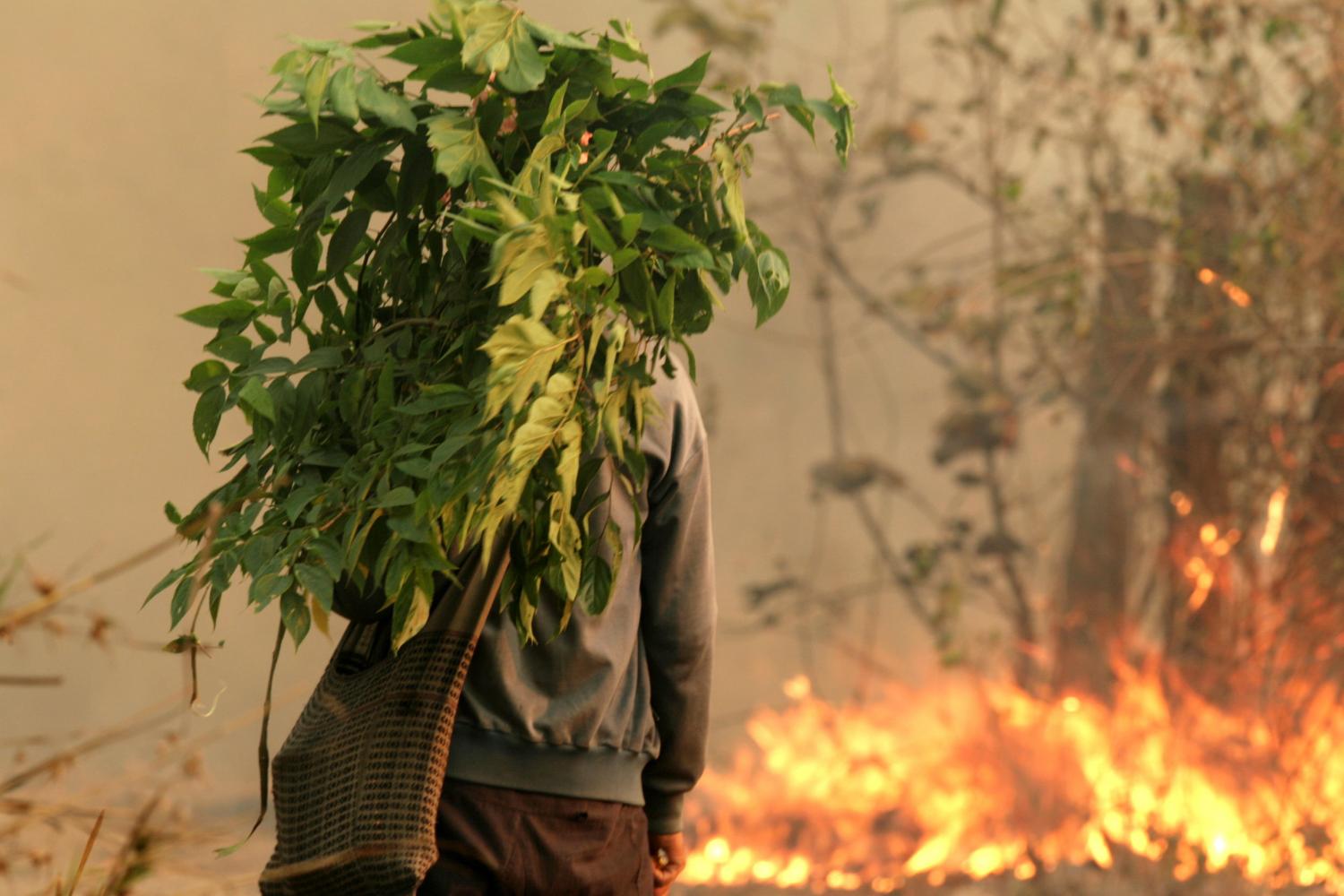 "The PM2.5 dust increased after the government encouraged farmers to plant sugarcane. Farmers need to burn crops because they don't have money to buy machines. We expect to see GDP growing every year, but our health is worse. No one talks about happiness indicators. The government should educate farmers to cultivate economic crops, based on climate and geography. For example, farmers in the North should invest in tea or coffee plantations because they have higher value than corn or sugarcane."

China has become a good sample when in 2018 the Earth Environment Institute at the Chinese Academy of Sciences built the world's largest air purifying tower in the northern town of Xi'An. It can reduce PM2.5 smog in an area of 10km² by 12%, while Chinese citizens began travelling by subway to reduce toxic gas emissions. The government also implemented environmental policies and laws to control polluting industries.

"It's hard to solve the air pollution problem if we can't upgrade fuel services and car engines to meet the EU5 or EU6 emission standards. It's better if the country goes for electric vehicles then the government won't have to invest 10 billion baht in improving fossil fuels. At the same time, Thailand can cut the PM2.5 air quality danger level from 50 microgrammes per cubic metre to 25," he said.

In 2019, Kasetsart University and National Hydroinformatics Data Center came up with the Microclimate and Air Pollutants Monitoring Tower to perform vertical measurements of air pollutants.

Using a tapered element oscillating microbalance, this 117m tower has collected average ambient particulate concentrations including PM2.5 and ozone at 30m, 75m and 110m above ground to show the real-time, hourly and daily air quality index. 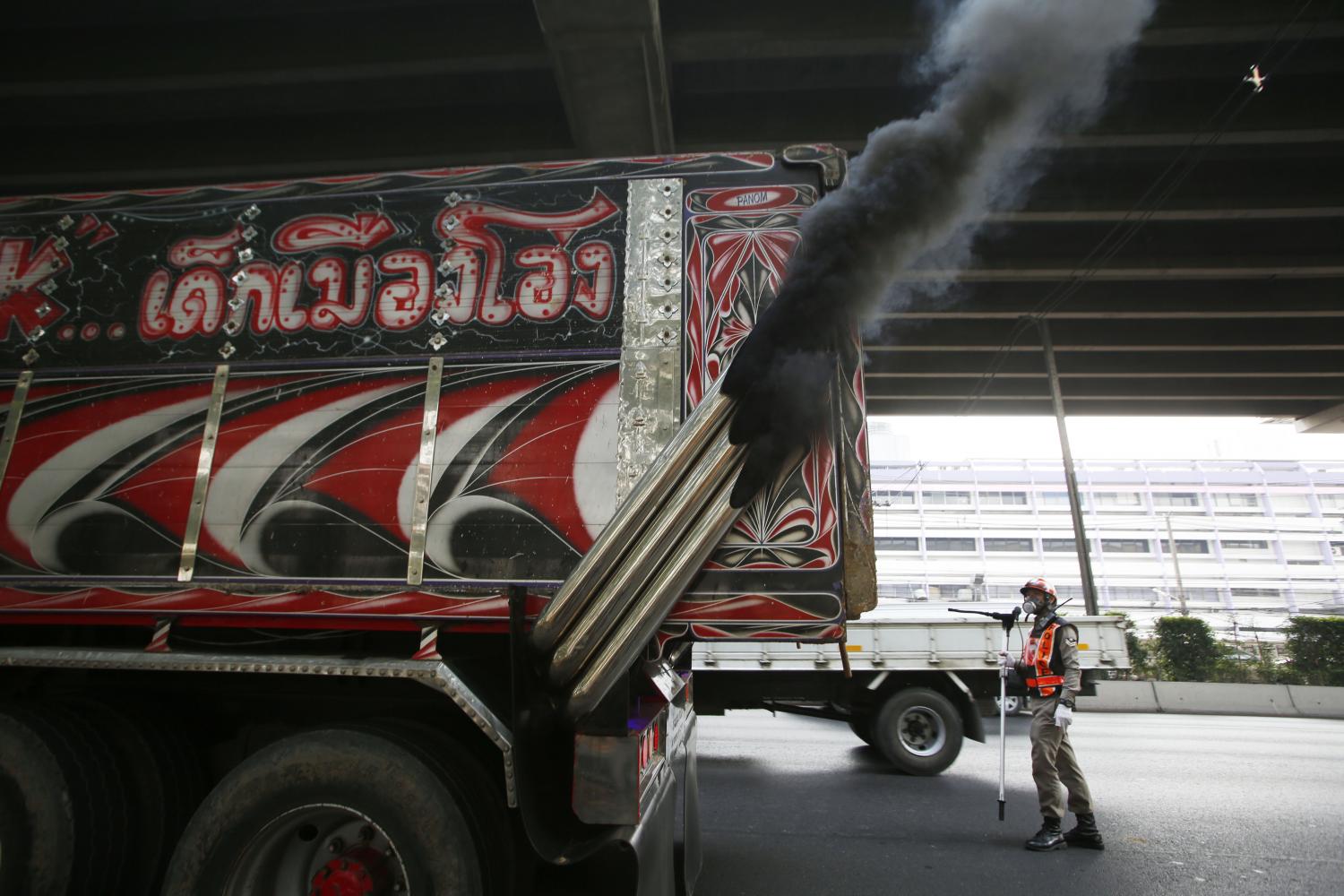 "Following our motto of eat well, live well, we pay attention to the health of our students and personnel and also want to educate people about air pollution. Many people are still confused about PM2.5 concentrations and the air quality index, so we share data on airq.ku.ac.th, which everyone can access," said Asst Prof Dr Surat Bualert, dean of the Faculty of Environment at Kasetsart University.

"Normally, the arrival of wind from the east and northeast will warn us of the PM2.5 dust coming. We've spent five years collecting data to learn about the behaviour of particulate matter during the high concentrations. We've noticed that there are six particulate patterns in Bangkok."

However, Surat indicated that only four patterns are frequently discovered in the capital. The Midnight Particle Pattern often comes in November. The concentration of dust will be higher after midnight and will gradually lower in the morning when the temperature gets warmer.

Global climate change has contributed to the frequency of the Inversion Particle Pattern during the day when the wind is calm for a long time, resulting in a cloud of ultra-fine dust particles accumulating in the air. Dust in the Transboundary Pattern is blown from other countries and the mixed dust combines different patterns.

"The air pollution problem is relevant to many ministries and academicians have information and innovation. We should work together to solve this crisis," he said.

In 2015, Assoc Prof Dr Jessada Denduangboripant from the Biological Science Department of Chulalongkorn University was a pioneer in highlighting the PM2.5 pollution.

"In recent years, we've learned that Thailand doesn't only have summer, rainy season and winter, but also the PM2.5 season. People become aware of this situation and learn to survive by wearing surgical or N95 masks, using air-filter replacement pads or buying air purifiers. While the Bangkok Metropolitan Administration has sprayed water and ordered schools to close, this can't help get rid of the PM2.5 smog," he said.

"The government should look for sustainable solutions to solve the air pollution problem. In the US, President Joe Biden plans to replace the government's vehicle fleet with electric models. In recent years, China has encouraged people to use electric bikes, which can really help reduce PM2.5 smog, resulting in Beijing becoming one of the cities with the most clean air in the world. In Thailand, PTT plans to manufacture electric cars."