Since the 50s, Rolex Oyster Perpetual watches have been on the wrist of the most daring people on the planet

From ocean deep to mountain high, the world was like a living laboratory for Rolex, whose founder Hans Wilsdorf tested his watches in extreme locations while supporting explorers on groundbreaking expeditions.

For instance, the Swiss brand equipped the British Everest Expedition with robust and reliable timepieces in 1933.

On May 29, Sir Edmund Hillary and Tenzing Norgay were the first to reach Mount Everest's 8,848m summit. 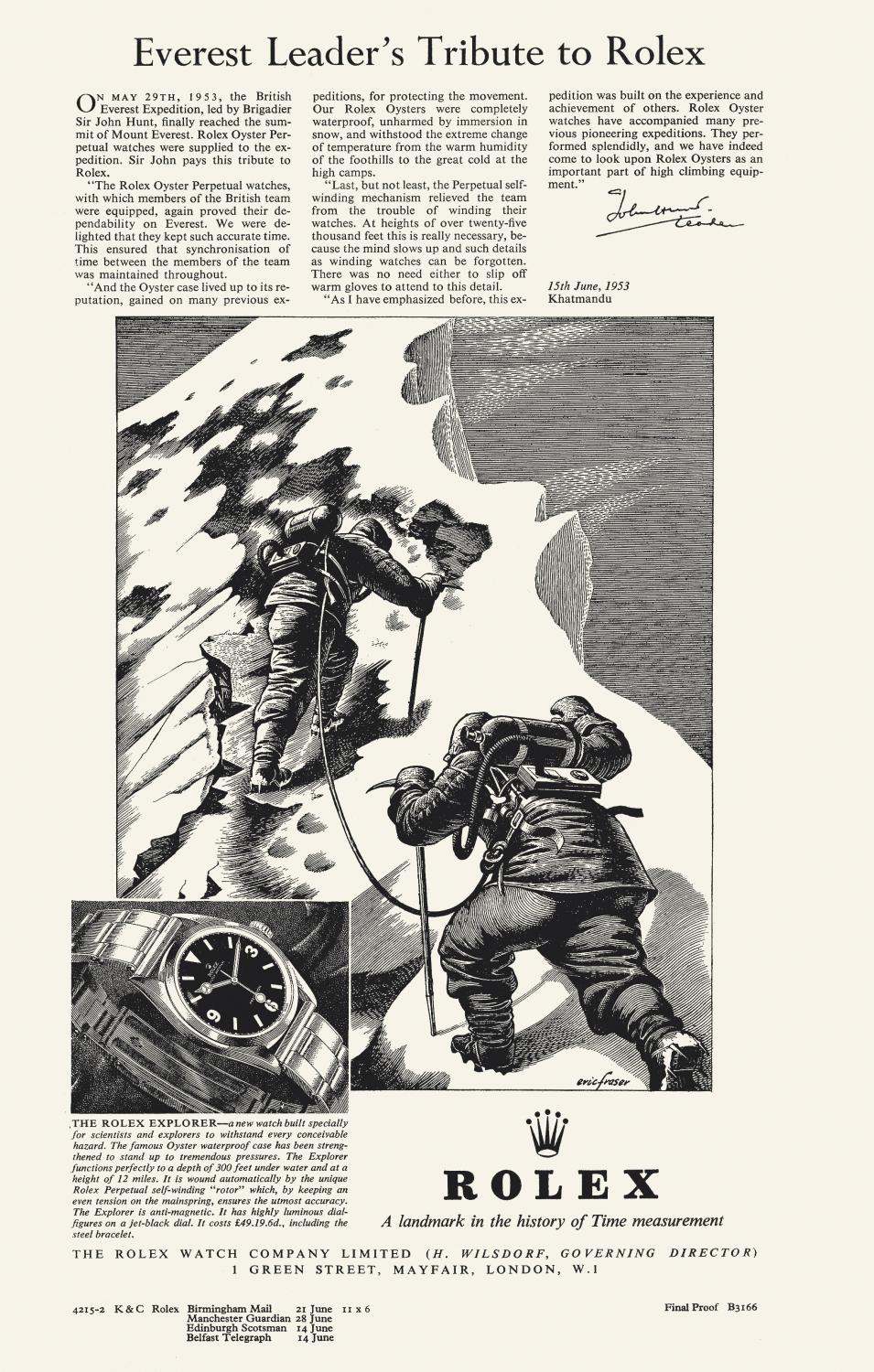 The precision of the watches ensured the synchronisation of time between team members, noted Sir Hunt, in a tribute to Rolex written in June 1953.

"Our Rolex Oysters were completely waterproof, unharmed by immersion in snow, and withstood the extreme change of temperature from the warm humidity of the foothills to the great cold at the high camps," he said.

Following the historic ascent, Rolex introduced the Oyster Perpetual Explorer, as the first of a series of Professional watches in 1953. 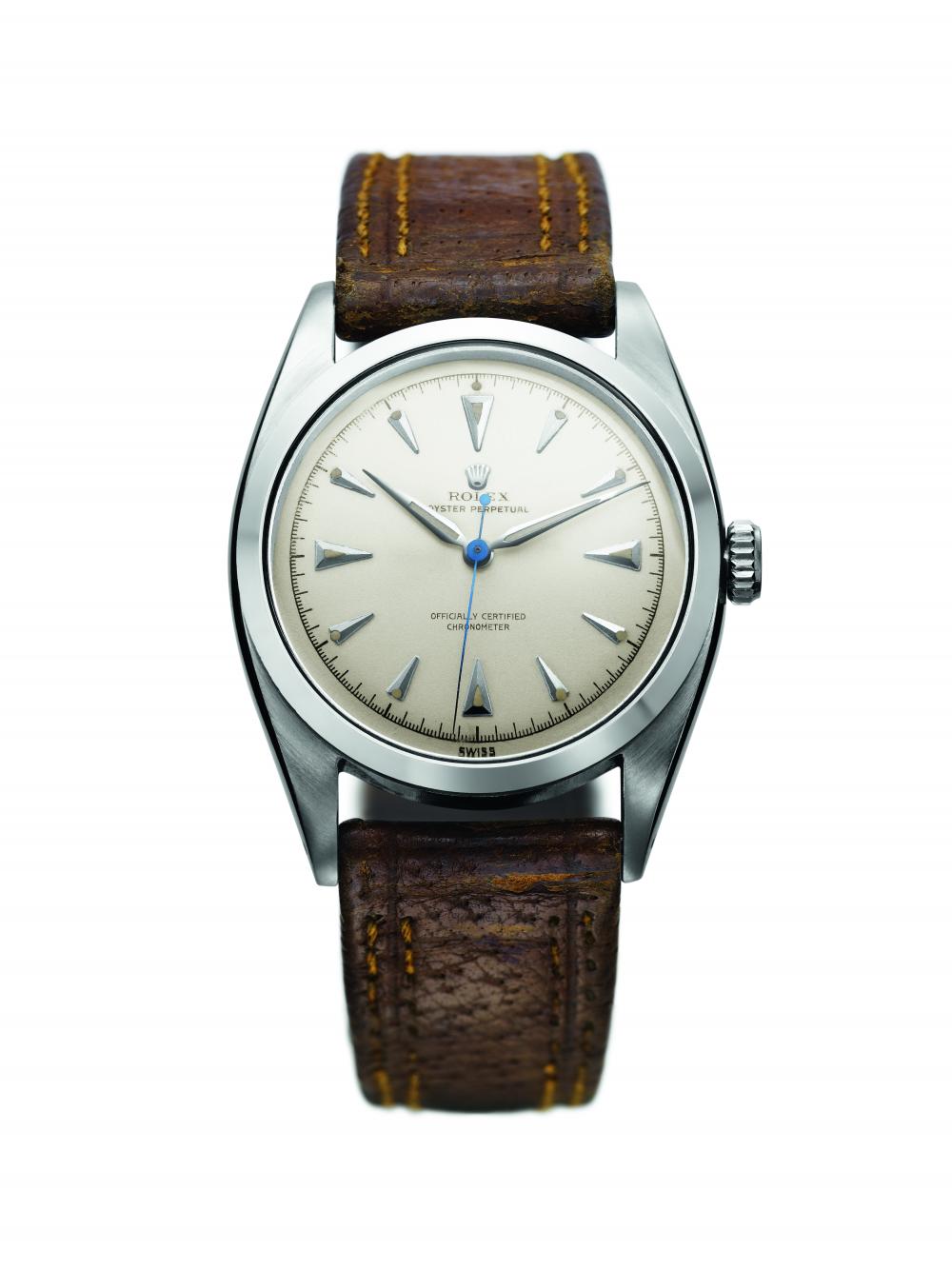 The Oyster Perpetual Submariner was also developed under the concept of tool-watches, and launched as a professional model for divers in the same year.

Embodying the adventurous spirit, the Oyster Perpetual Explorer has evolved over the years, in encompassing Rolex's technological innovations, such as Parachrom hairspring and Paraflex shock absorbers. 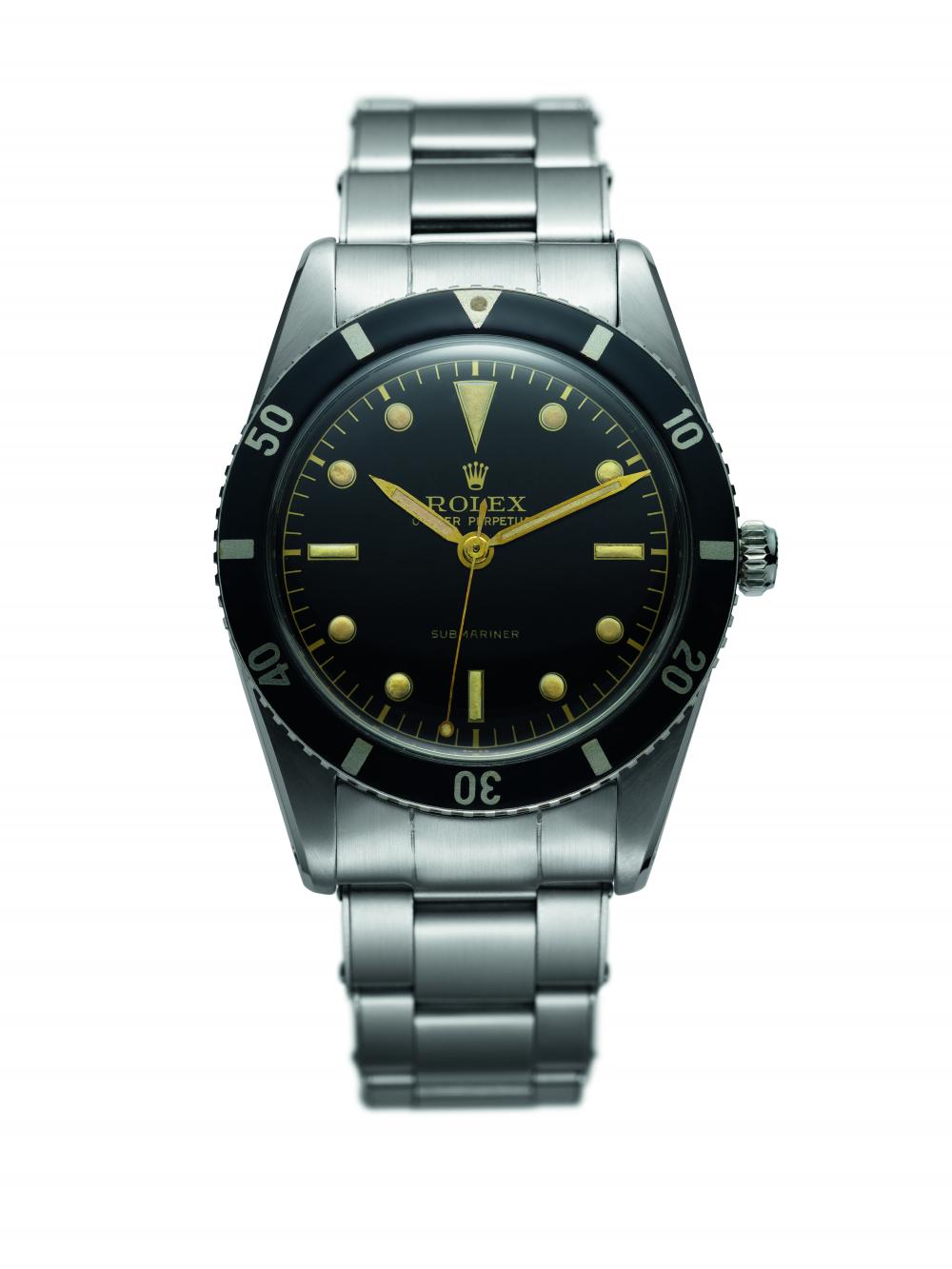 The Chromalight hour markers, emblematic 3, 6 and 9 and hands stand out in contrast on the sleek dial. They are filled with a luminescent material emitting a long-lasting blue glow for legibility.

Launched in 1971, the Oyster Perpetual Explorer II was also designed for excellent legibility. For speleologists, who spend days at a time in darkness, or polar expeditions travelling under the midnight Sun or through endless night, its 24-hour display is an essential part of their equipment.

The model allows the wearer to distinguish daytime from night-time hours. Local time is shown by the conventional hour hand, while the time in a second time zone (reference time) can be read off the graduated bezel using the 24-hour hand. 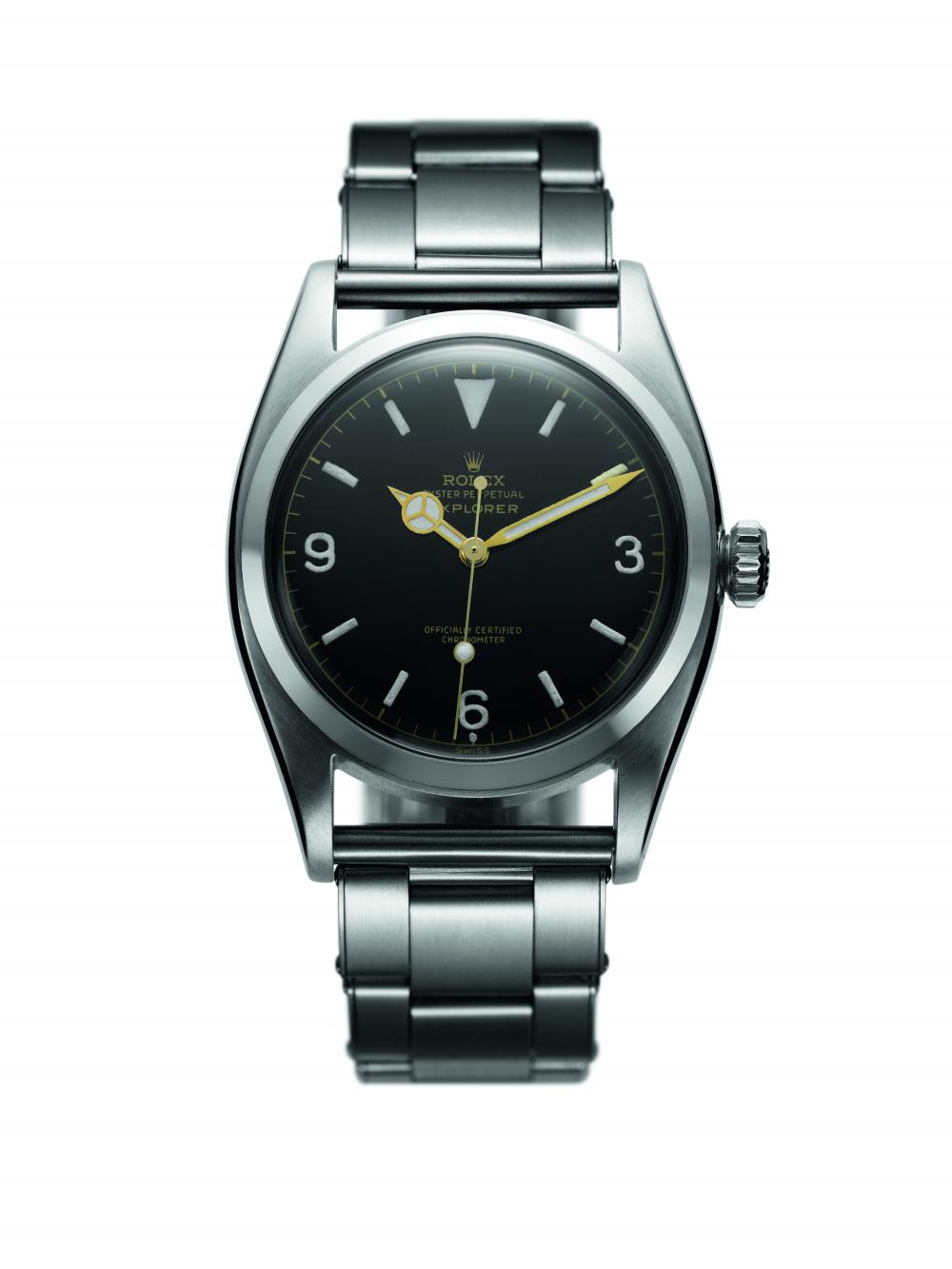 Four decades after its release, the Oyster Perpetual Explorer II was restyled with a bigger 42mm case.

Entirely developed and manufactured by Rolex, self-winding mechanical movements power the Oyster Perpetual Explorer and Explorer II, which are certified as a Superlative Chronometer.

This exclusive designation attests that they have successfully undergone a series of tests conducted by Rolex in its own laboratories and according to its own criteria, which exceed watchmaking norms and standards.

The precision is tested by an exclusive methodology that simulates the conditions in which a watch is actually worn and is much more representative of real-life experience.

Rolex timepieces have been tried and tested, again and again, in the Himalayas.

Swiss-Canadian mountaineer Jean Troillet climbed Mount Everest in 1986, and in 1997 became the first man to descend the north face on a snowboard. Troillet holds the record for the fastest ascent of the north face and has climbed 10 of the world's 8,000m peaks, all without supplemental oxygen.

Beforehand, Junko Tabei was the first woman to reach the summit of Mount Everest in 1975. Later, the Japanese mountaineer became a powerful advocate for the protection of the environment, quantifying the impact of human waste on the mountain in her postgraduate degree in environmental science.

For almost a century, Rolex has been an active supporter of pioneering explorers, who ventured to the most extreme places on Earth to shed light on the natural world.

Today, the expedition for pure discovery has given way to exploration as a means to preserve nature.

The Swiss brand continues the legacy of its founder, by supporting explorers in their quest to protect the environment.

In 2019, Rolex launched the Perpetual Planet initiative, which includes an enhanced partnership with the National Geographic Society to study the impacts of climate change, and Sylvia Earle's Mission Blue to safeguard the oceans through a network of marine protected "Hope Spots".

It also encompasses the Rolex Awards for Enterprise that recognises individuals with projects advancing knowledge and protecting human well-being and the environment.