An eldery abbot is in shock after a young man whom he nurtured through his early years at his Suphan Buri temple betrayed him by stealing more than one million baht.

Phra Khru Wimonpariyatyaporn (Luang Phor Thong Sukinprasert), 89, abbot of Wat Uya is a member of the old school of monks who deposits temple donations in his own bank account.

However, until recently he relied on the services of a former temple boy who was in 2011 ordained at Wat Uya, known as Thanakorn (no surname supplied), or Phra Jay as he was back then, to do the banking.

Phra Jay was a diligent monk, ingratiating himself with elders, helping organise functions, doing the paperwork and taking the temple into the technology age. The temple, spread over a 38 rai site, is casting what will be the country's tallest bronze statue of Luang Phor Sothorn, a revered Buddha image.

Phra Jay served in the monkood for five years, with the abbot helping pay his way through Pali language studies. He graduated in Phra Pariyatti Dhamma level three, enough to give him the title of "maha" before his name.

However, the abbot said Jay met a woman about three years ago and decided to leave the monkhood. The couple married in November last year.

Shortly after he left, Jay, who was still helping with the temple's banking, took the abbot to Krungthai Bank. While there, reports say he asked for the abbot's ID card and quietly set up a banking app on his phone which linked his own account to the abbot's.

Luang Phor Suk, the abbot, deposited his monthly wages of 3,100 baht while he was there. Later the same day, Jay secretly transferred the money to his own account via the app.

Reports say he made his next withdrawal in November last year, taking 37,205 baht. In the same month, he married his bride. The transfers carried on until he had cleaned out the account both of the abbot's wages, paid in over three years, and 890,000 baht in temple donations, the total reaching 1,001,600 baht.

Luang Phor Suk discovered the funds were missing when temple assistants took him to the bank on Feb 17 so he could withdraw money to pay the temple's labourers.

The temple spends most of its annual donations on the statue project, which Luang Phor Suk hopes to finish before he dies. Today after a 10-year effort all that remains is the lower part of the base, but that will require a big chunk of money for materials and wages. When standing the statue will be 24m tall, its lap 18m wide.

Bank staff told him they couldn't withdraw the money as the account was empty but for 33 baht. Staff asked him what app he used, but Luang Phor Suk said he didn't have one, as he doesn't know how to use a smartphone.

The bank's inquiries led back to Jay, who admitted taking the money via the bank app, spending it on his marriage dowry, a deposit on a new home, and a car.

News reports, which dug up FB posts of Jay and his new wife celebrating their nuptials, said the pair were enjoying the good life while the temple, which had helped give Jay his start in life, was left to beg for money to pay its bills.

Phra Mahakamol Kodpunyo, assistant to the abbot, said he called Jay about the theft. He offered to pay it back at the rate of 10,000 baht a month.

While the abbot was happy not to pursue the matter of his own stolen wages, he felt obliged to go to police over the missing donations, as that was public money.

"Phra Jay was clever, helped the temple develop, connected CCTV cameras to the premises, and drew close to the abbot. Locals paid him respect and admired his talent," he said, recalling Jay's contribution.

"The abbot was saddened and disappointed to hear Jay was behind it, as he supported him and trusted him. 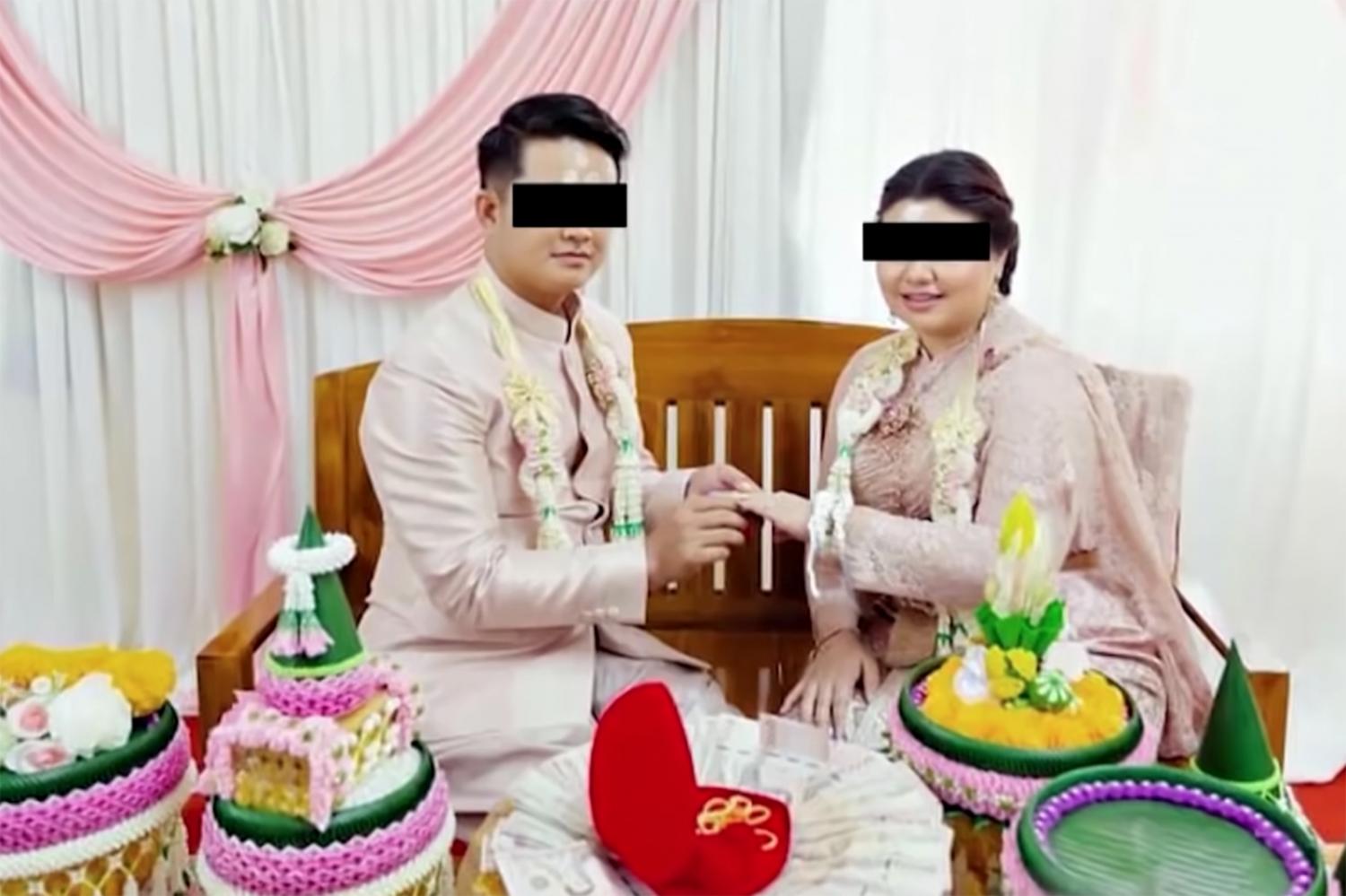 Jay is said to have spent the stolen money on his marriage dowry.

"All I can do is give the abbot strength and look after his bruised feelings. He was close to the young man and he turned and did this to him," he said.

Luang Phor Suk said he feels stressed about the theft but has to try to come to terms with the loss so he can be happy. He is also worried people will not want to make merit at the temple any more.

The temple, which says it has been unable to reach Jay since, wants him to contact elders to reach a settlement. It is unclear whether the temple has gone to police.

Amarin TV's Tub Tho Kaow news show, which covered the saga, asked if Jay was watching and warned him about the potential jail time for theft. He is said to be working at a factory in Pathum Thani.

A secondary student blackmailed by a soldier into sending him money in return for keeping her naked images under wraps has forgiven him. 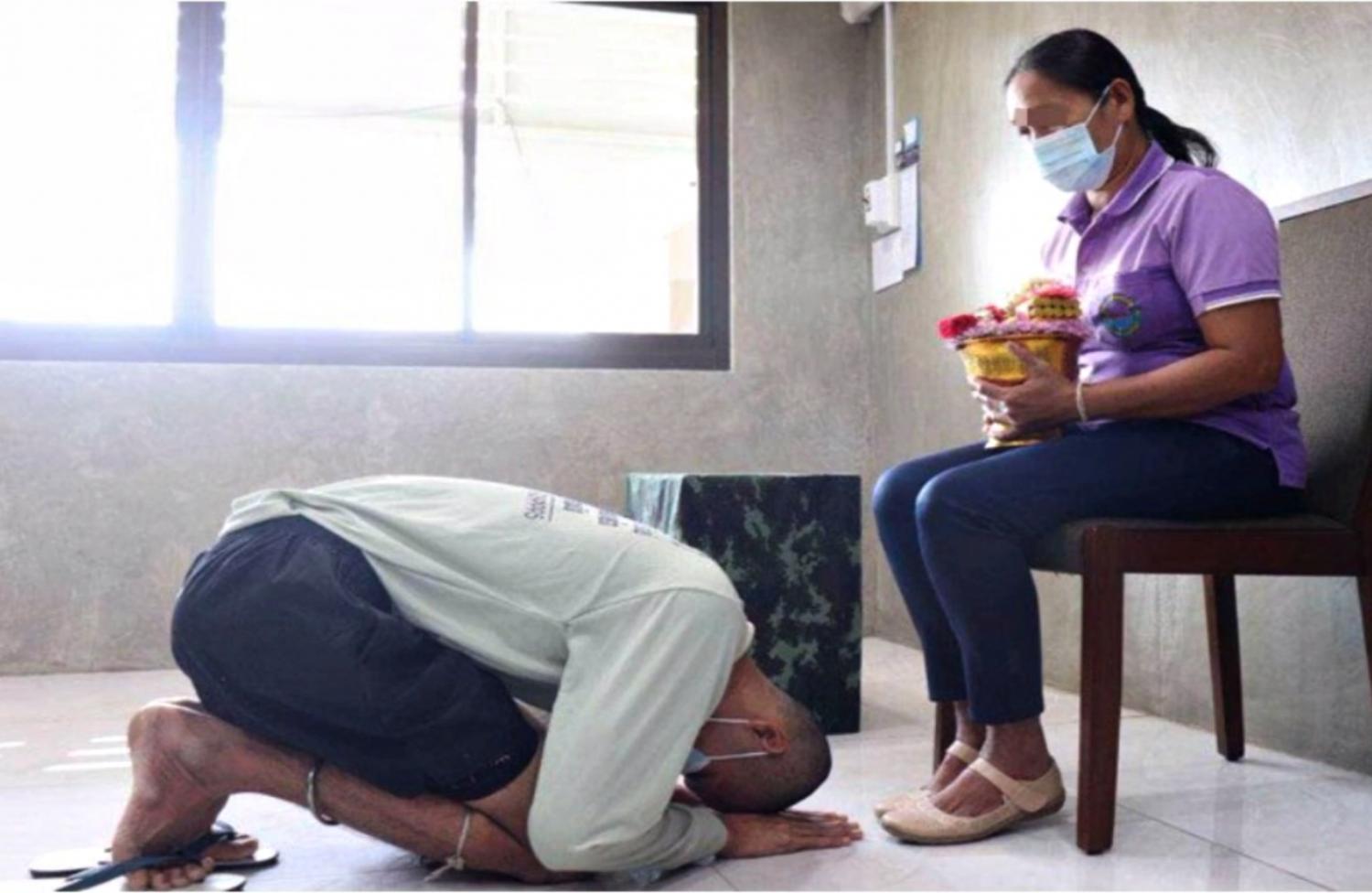 A teacher at the girl's school in Satuek district, Buri Ram, contacted police last week to say a soldier had been blackmailing her student, Kung.

She was sending the money secretly from her father's bank account and was so depressed about her stealing that she contemplated suicide. Kung and the soldier had grown close on the internet and exchanged images of themselves naked.

The soldier, Pvt Watcharapol Kaewudom, 22, from the 4th Infantry Battalion's 23rd regiment, had told her that if she didn't send money he would release the images on the internet.

He asked for an initial 300-500 baht, but when that eventually grew to demands for 2,000 baht, Kung, who knew the password to her father's bank account, did not know where to turn. Her teacher noticed the girl looking depressed and asked her what was wrong. After she disclosed details of the saga, the teacher took her to seek help from the police.

Police contacted Pvt Watcharapol, who admitted blackmailing the girl. They had met on the internet about six months ago, he said.

Kung's father, 60 said he knew nothing about the saga and had not noticed the money going missing.

By way of apology, the army has repaid the money and is also helping Kung with her education. Gen Adul Boonthamcharoen, commander of the 6th Infantry Battalion and head of the Suranaree Command, ordered the soldier's superior to take Pvt Watcharapol to Kung's parents and ask their forgiveness.

News images showed him prostrating himself before her mother. Kung's parents and teacher said they forgave the young man, and offered him strength as he undergoes the likely jail time which awaits.

After accepting his apology both sides hugged each other. Kung's mother said the young man's own parents are ailing.

"I hope he can emerge from this ordeal a better person so he can take care of them when he gets out," she said. She admitted her daughter was in a bad way mentally during the ordeal.

Udon Thani police say they want to hear from a man who threw his wife out of their marital home, claiming she was unfaithful, only to start seeing a lover of his own. 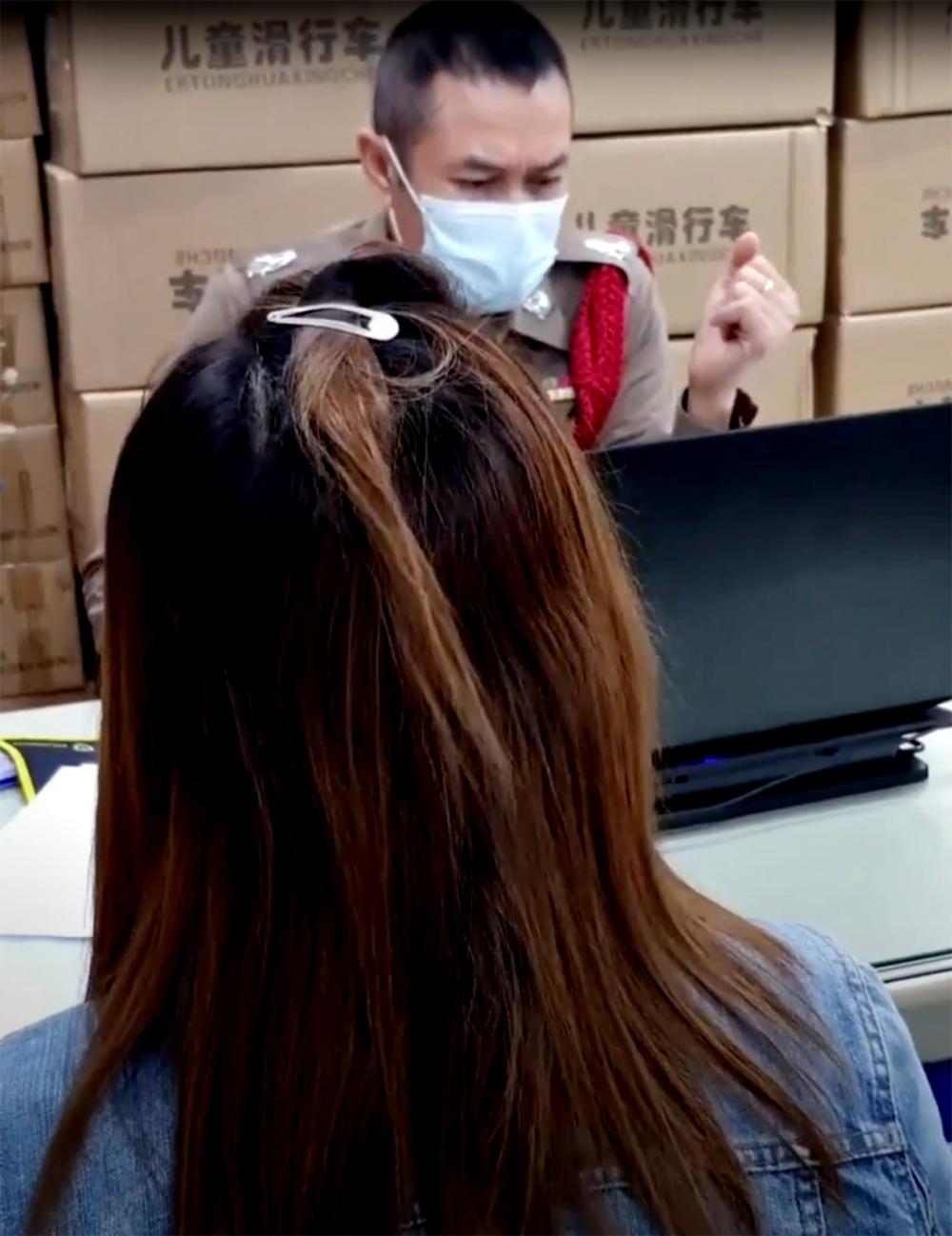 'A' says her husband drove her from their home.

"A", 43, from Nong Han district, said her husband of 24 years, "B", had driven her out of their home after assaulting her. He claimed she had been unfaithful, which was not true. However, she discovered later that he himself had been seeing someone else, and suspects he ejected her to try to transfer blame.

A, a beautician, has two children by B, a factory worker aged 45. She said the couple had worked hard and saved to buy their own home in the district.

She claims they were happy, though B's behaviour started to change at New Year when he started getting jealous and forbade her from talking to other men.

Last month, claiming she had been seeing someone else, he hit her with a piece of plywood.

A said she packed her bags and asked her son to take her to a friend's place for shelter. On Valentine's Day, hoping her husband had calmed down and they could make a new start, she took B some roses to appease him.

Her husband, however, slapped her face and told her to leave. She went to stay at her father's home amid claims, spread by B among family and friends, that she had left him.

A said a sympathiser later sent her images of her husband with another woman, sharing a meal, hugging and at a hotel. When she confronted him with the images, he admitted seeing her. However, he refused to divorce A and said he would rather kill his wife than let her go.

A said she had also spoken to the new woman in B's life, who mocked her because her husband had chosen her instead.

The beautician said when she took her children to see B's parents, she was shocked to learn B had taken the woman there for introductions. He told them A had left him.

A, who took along her marriage certificate to show police, warned women to make sure they register their marriages, as they do not know what lies ahead.

She said she would file for a divorce to ensure B splits up their marital assets so she has something to leave their children, aged 21 and 17. She will also pursue charges of threatening to kill against her husband.

Pol Maj Plewthong Sareenan, an inspector at Nong Han station, said police would call in B to explain the threats against his wife.

A paradigm shift in cancer care