Come and see (no need to pray)
Life
Social & Lifestyle

Come and see (no need to pray)

published : 6 Apr 2021 at 04:00
newspaper section: Life
writer: Kong Rithdee
A scene from Ehipassiko, or Come And See. Come and See

In an ordinary democracy, a film like Ehipassiko (in English, Come And See) shouldn't have had the least bit of worry about the possibility of being banned. The subject itself initially provoked the censors' impulse: this is a finely-tuned, patiently observed documentary about the controversial Wat Dhammakaya and the dramatic 2017 siege of the temple.

Religion is always a prickly issue for Thai censors, and Ehipassiko serves up a double dose of Buddhism locked in a physical and ideological standoff with the state (a fully military regime then). Not to mention the status quo has long regarded Wat Dhammakaya and its elusive, moon-faced abbot, Phra Dhammachayo, as subversive malcontents, a theological unorthodoxy, and a popular protest sect with obscure political connections and spiritual authority.

In the end -- thankfully, despite ours not being an ordinary democracy -- common sense prevailed. The film was cleared three weeks ago in a second-round deliberation and is now showing in selected cinemas across Bangkok. To further compound our fascination with how the censors work (and think), the film has received the G rating -- fit for general audience of all ages. Sadhu!

So, yes, let's go and see the film. Ehipassiko is a Sanskrit verse used by Buddhist preachers meaning "come and see"; interestingly, "come and see" also appears in the Bible, in a more or less similar context as a solemn invitation to contemplate a place or an event. (There's also a 1985 Russian film of the same name, a harrowing anti-war saga in which the audience is metaphorically invited to come and see the atrocities committed by the Nazis against the people of Belarus.)

Directed by Nottapon Boonprakob, a maverick documentary filmmaker with a bright career ahead of him, Ehipassiko anchors its narrative on the weeks-long standoff between the disciples of Wat Dhammakaya and the thousand-strong police bent on storming the premises to nab the temple's abbot, Phra Dhammachayo, for his alleged involvement in a massive embezzlement case. That setting was dramatic enough even for routine prime-time news. Then we had Gen Prayut Chan-o-cha (pre-election) slapping the all-you-can-eat Section 44 and declaring the temple an emergency zone, as if he were chasing evil terrorists. As the police marched forward, the monks and the apostles inside the temple formed a human shield and chanted prayers. Communication lines were cut, supply routes blocked. Two people even died inside. And in the end, as we already know, the authorities couldn't get their hands on Phra Dhammachayo, who seemed to have evaporated, or been smuggled out, or entombed -- whatever the case, the serene monk who pushed all the hot buttons still can't be found. 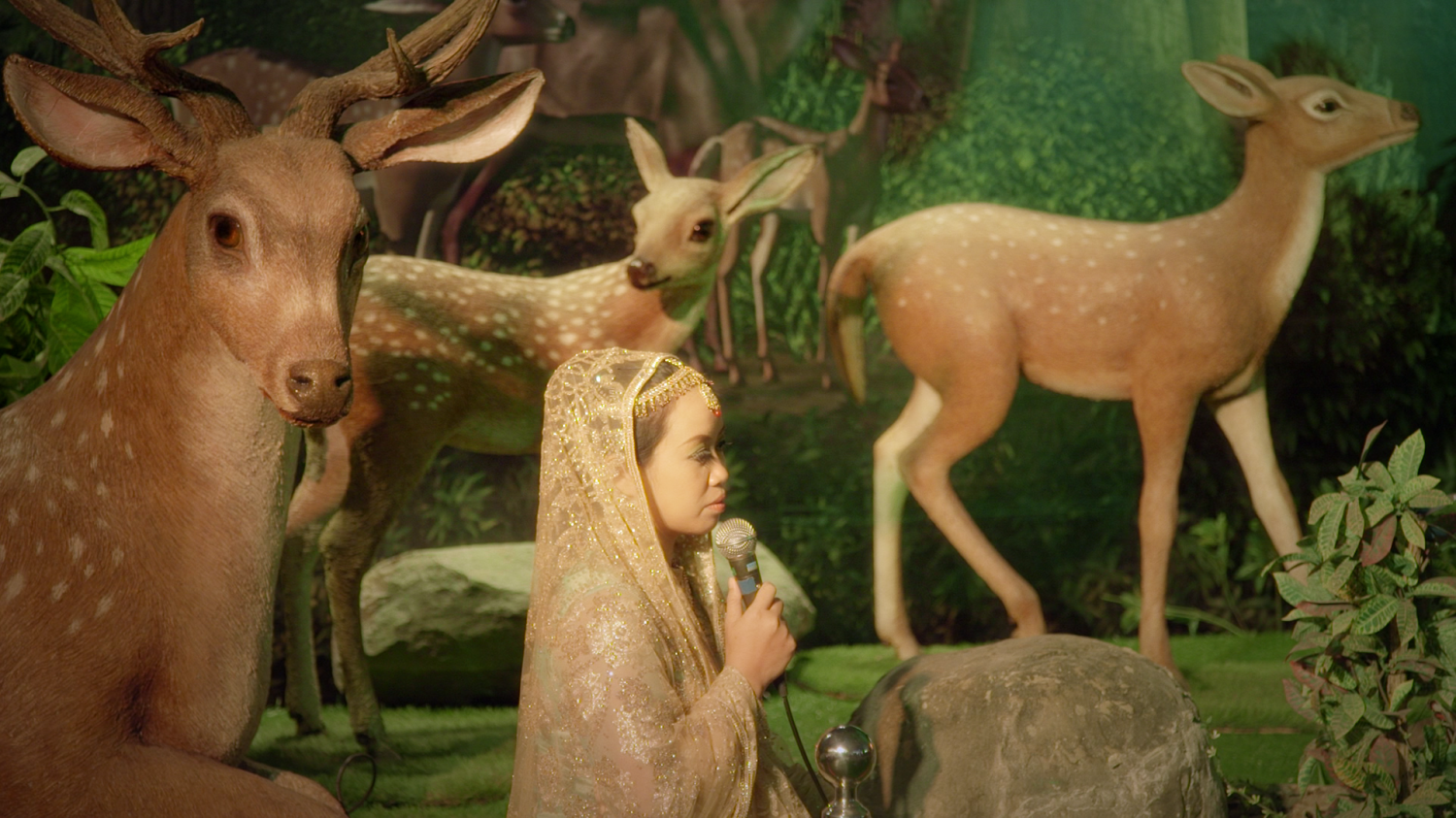 Ehipassiko, or Come And See. Come and See

What Nottapon does in his documentary is a hybrid between long-form journalism and lyrical inspection of the conflict. More Alex Gibney than your standard Netflix-and-chill documentary, Nottapon spent months filming and interviewing people -- disciples, detractors, scholars, monks, historians, Dhammakaya personnel, Dhammakaya enemies -- and presents a lucid narrative of the invisible clash that is bigger and potentially more deep-rooted than the push-and-pull at the temple's gate: it's a confrontation between Dhammakaya's Wagnerian mythmaking efforts -- part transgressive, part progressive, part outlandish, as testified by their penchant for monumental architecture and massive, geometric formations of devout prayers always at the ready to make massive donations -- and the old establishment that wants total control over its subjects' body and soul.

It's risky to claim to be "neutral" or "objective" when those terms are inherently subjective, especially in the matter of politics and religion. But still, Ehipassiko does a fine job of allotting space and talking heads to the various sides, each not so much contradicting the other as enriching the unending debate: is Dhammakaya a cult that sucks money out of its naïve followers? Was everything that happened in and around Wat Dhammakaya 2017 politically motivated? Is freedom of religion guaranteed -- a freedom and a right to believe that must not be meddled by the state? The documentary -- unlike those serial killer docs -- is propelled less by the need to know all the answers than by curious scholarship and the willingness to listen. The film doesn't suggest where Phra Dhammachayo might be holed up, but that seems almost irrelevant at the end (and it's not too hard to guess anyway).

And yet Nottapon didn't just give us a wishy-washy, he-said-she-said account of an explosive issue. Ehipassiko walks the tightrope and goes beyond information peddling into a collection of insights, delicately, almost imperceptibly, by composing scenes that serve no narrative purpose but that glimpse into the enigma of faith, the ego of men, the poetic arrogance and piety, and the monolithic grip of state (military) power. That the film wasn't banned is a cause to celebrate, but that we had to worry about that possibility in the first place means the ideological and spiritual horn-locking presented in Ehipassiko is still with us today.