published : 9 Apr 2021 at 04:00
newspaper section: Life
writer: Noko
Jean-Jacques Fiechter during one of his first dives in the south of France. (Photos © Blancpain)

In the early 1950s when scuba diving was in its infancy, one of the amateur divers was Jean-Jacques Fiechter, who wanted to master the new sport in order to discover antiquities lost under the sea.

Fiechter's underwater adventures led him to invent the Fifty Fathoms, whose story is engagingly retold in a new two-part documentary, which is in memory of his aunt Betty Fiechter (Blancpain's CEO from 1932 until 1970) and Captain Robert "Bob" Maloubier OBE.

He was Blancpain's co-CEO from 1950, and after his aunt's retirement he led the Swiss company until 1980. 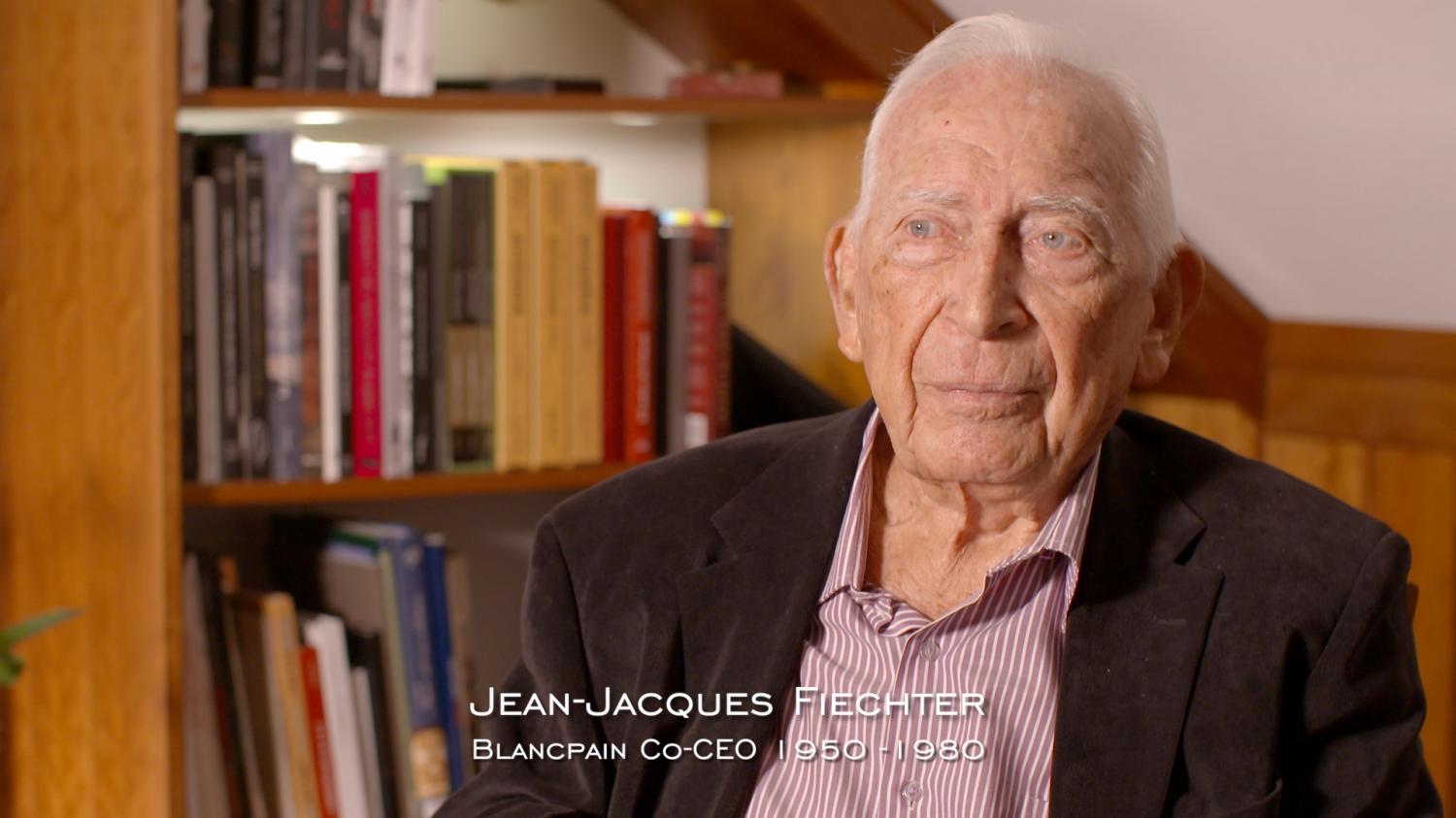 In Part 1 titled The History As Told By The Pioneer Who Created It, Fiechter shares his epiphany following an emergency ascent during a dive off the coast of France.

"The climb should have been slow but I climbed much faster, without taking the necessary precautions. So I ran the risk of having an attack of the bends, of having to stop my climb, and not being able to come out of it," he says.

"Scuba diving is an extraordinary sport, but you have to have the right equipment," he says. "Those who owned a waterproof watch usually removed it as a precaution before going into the water because in the 50s, water resistance was not yet guaranteed. It was the adoption of the O-ring seal that changed perceptions of the watch's water resistance.''

His patented O-ring and crown seals ensured the water resistance while an ingenious rotating bezel allowed calculation of the time underwater.

These inventions were incorporated into the Fifty Fathoms created in 1952, which has ever since defined the genre of modern diving watches. 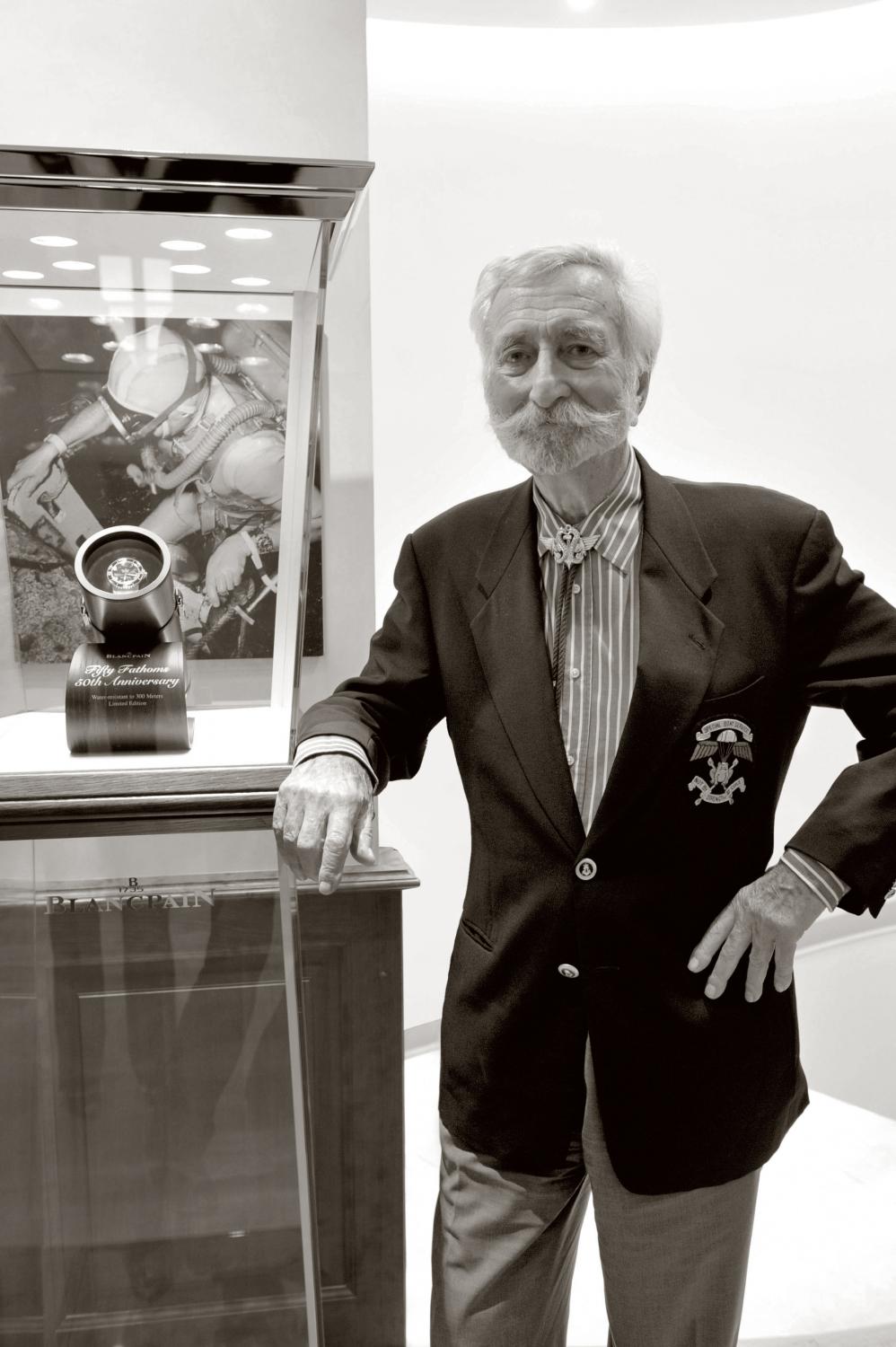 The name is a play on words inspired by full fathom five, a phrase from The Tempest by William Shakespeare.

Fiechter's ideas corresponded with the needs of the French Navy, elaborated in an interview with Captain Maloubier, who recalls the quest to find a rugged and reliable watch to equip a new combat diving corps.

To meet the additional requirement, a soft iron anti-magnetism inner case shield was added to the Fifty Fathoms produced in 1953.

The film also recounts the saga of the US Navy's multi-year testing programme that led to the selection of the Fifty Fathoms as its dive watch in the late 1950s, and its modifications as MIL-SPEC versions.

Likewise, the German Navy had particular specifications, fulfilled by the BUND No Rad model introduced in the mid-1960s.

The development of the Fifty Fathoms took place in the workshop in Villeret, where Jehan-Jacques Blancpain founded his eponymous business in 1735.

Located in northwest Switzerland, the village was home to Blancpain for over 200 years. Following a change in ownership, operations moved to the Vallée de Joux and the focus turned to other models in the 1980s. 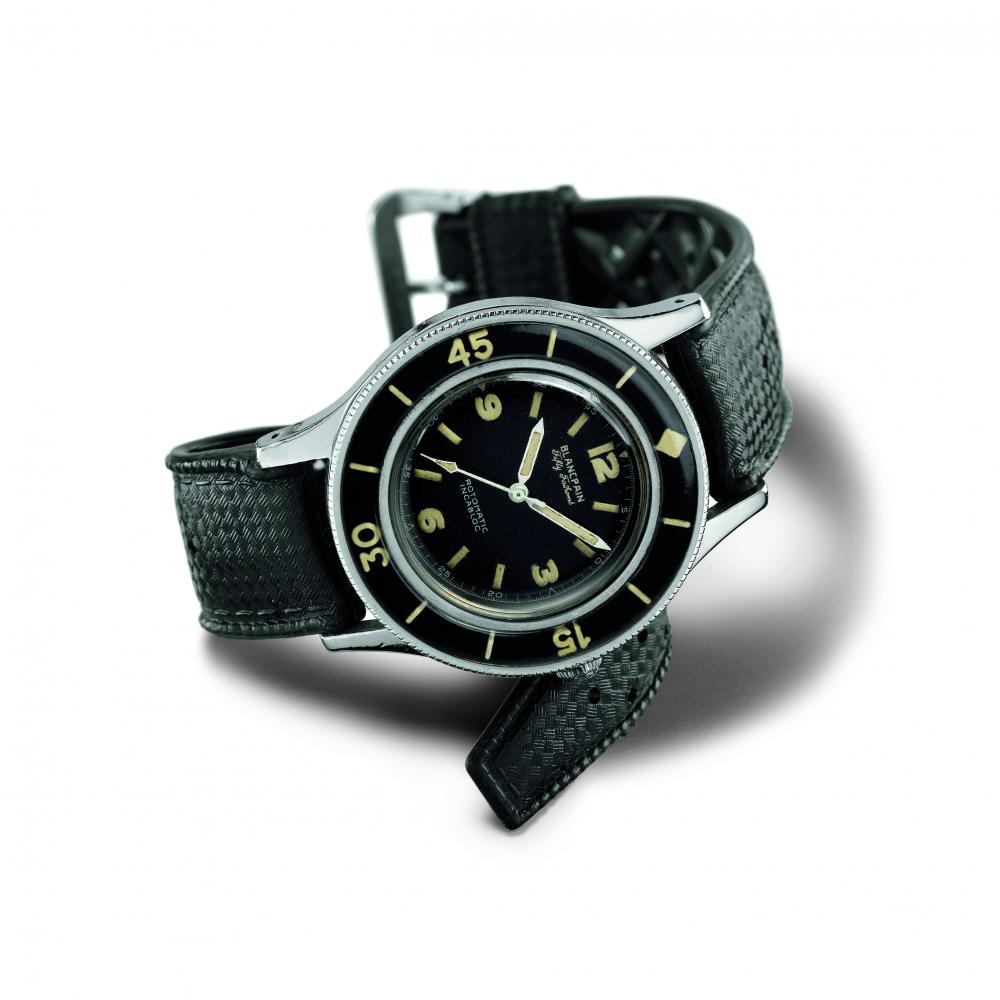 In 1992, the long-established maison became a part of the Swiss Corporation for Microelectronics and Watchmaking Industries, known today as the Swatch Group.

The diver's watches disappeared from the collection until the Fifty Fathoms re-emerged in a trilogy of watches related to sea, land and air and was launched in 1999.

The Fifty Fathoms then made a bigger comeback in the 21st century under the vision of Blancpain's president and CEO Marc A. Hayek.

In Fifty Fathoms Part II Coming Back Alive, Hayek expresses how he fell in love with the vintage timepiece from the 1950s.

Advertising for the Blancpain Fifty Fathoms MIL-SPEC in the 1950s.

"The original was for me so beautiful. The beauty of it was just stunning, timeless," he says. "We have to bring this beauty back alive. I just felt today we can do something that looks much closer to the original and has the advantages of today's materials."

Hayek is an avid diver, who made a splash by daringly introducing the Fifty Fathoms models underwater.

On the occasion of its 50th anniversary in 2003, Hayek plunged along with Captain Maloubier into Thailand's waters, as a part of the launch of a commemorative model featuring modern innovations.

Four years later, during a dive in the south of France, he presented another new model to Italian freediving champion Gianluca Genoni.

"We have to do it in a different way," he says. "We have to launch our partnership and Gianluca has to get his watch under the water and not on land."

Over the years, the performance of the Fifty Fathoms has been taken to the next levels through materials, movements and complications useful for diving and underwater explorations. 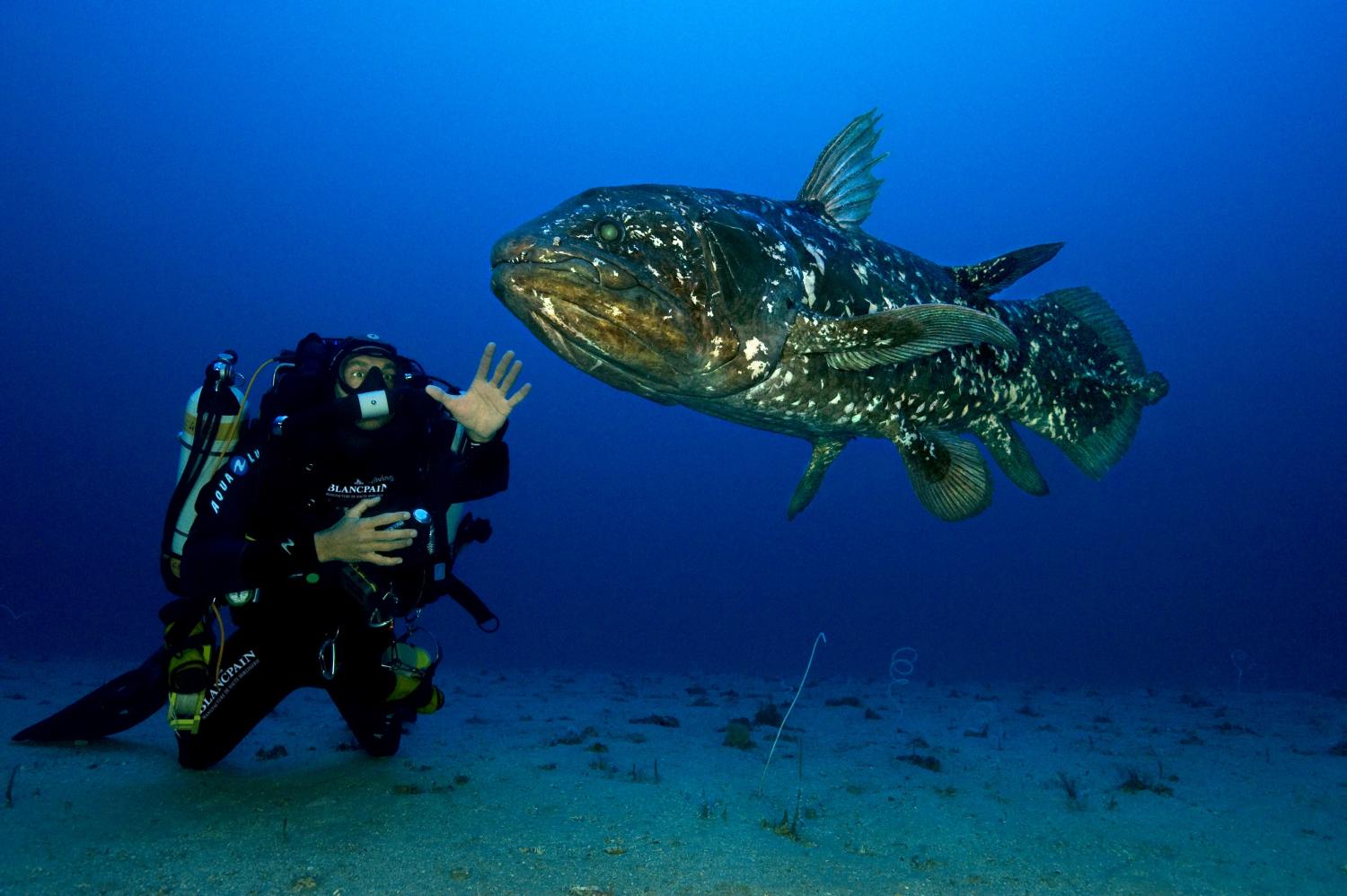 Laurent Ballesta's Gombessa expeditions focus on studying some of the rarest marine creatures.

A series of limited editions have also been released so that owners can contribute to the funding of marine expeditions and conservation projects. 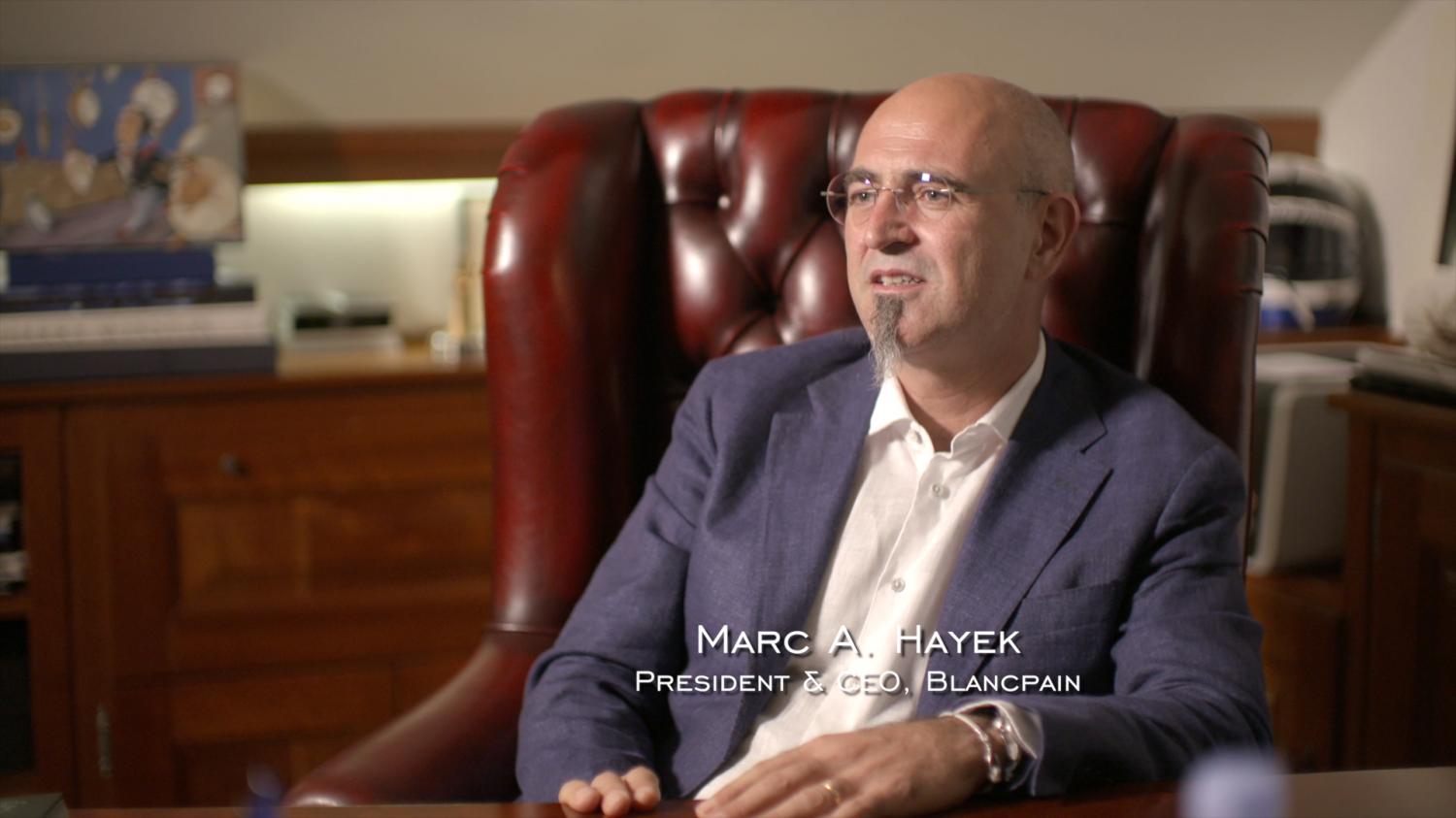 "The Fifty Fathoms didn't start as a watch. It started as a diving instrument. It is today again more than just a watch, with the Ocean Commitment," says Hayek. "It's about giving back something to the ocean and education to the people, and motivating people to protect its beauty and to preserve it."