A more reverent Songkran takes shape on the Chao Phraya

published : 12 Apr 2021 at 04:30
newspaper section: Life
There will be community stalls at all temples. photos courtesy of Thai Beverage

"Refreshing Songkran With Purified Mind" is the theme for the "Water Festival 2021", which will take place at 10 waterfront venues with historical significance from tomorrow until Thursday.

Organised by Thai Beverage in cooperation with many organisations, including the Tourism Authority of Thailand, the sixth edition of the festival will once again take visitors back in time to experience Songkran in a traditional way through many activities that will take place at five royal temples and five famous pier sites along the curve of Chao Phraya River.

There will also be a refreshing Songkran tunnel, a Buddha bathing ritual, merit-making, alms-giving to monks, chanting, cultural performances, community stalls offering local crafts and products, as well as different fun activities at each temple.

Highlights include a demonstration on making flower arrangements, auspicious desserts and scented water and fortune-telling based on 12 zodiac signs and Thai astrology at Wat Phra Chetuphon; and traditional Thai dance and concerts in the garden at Wat Arun. 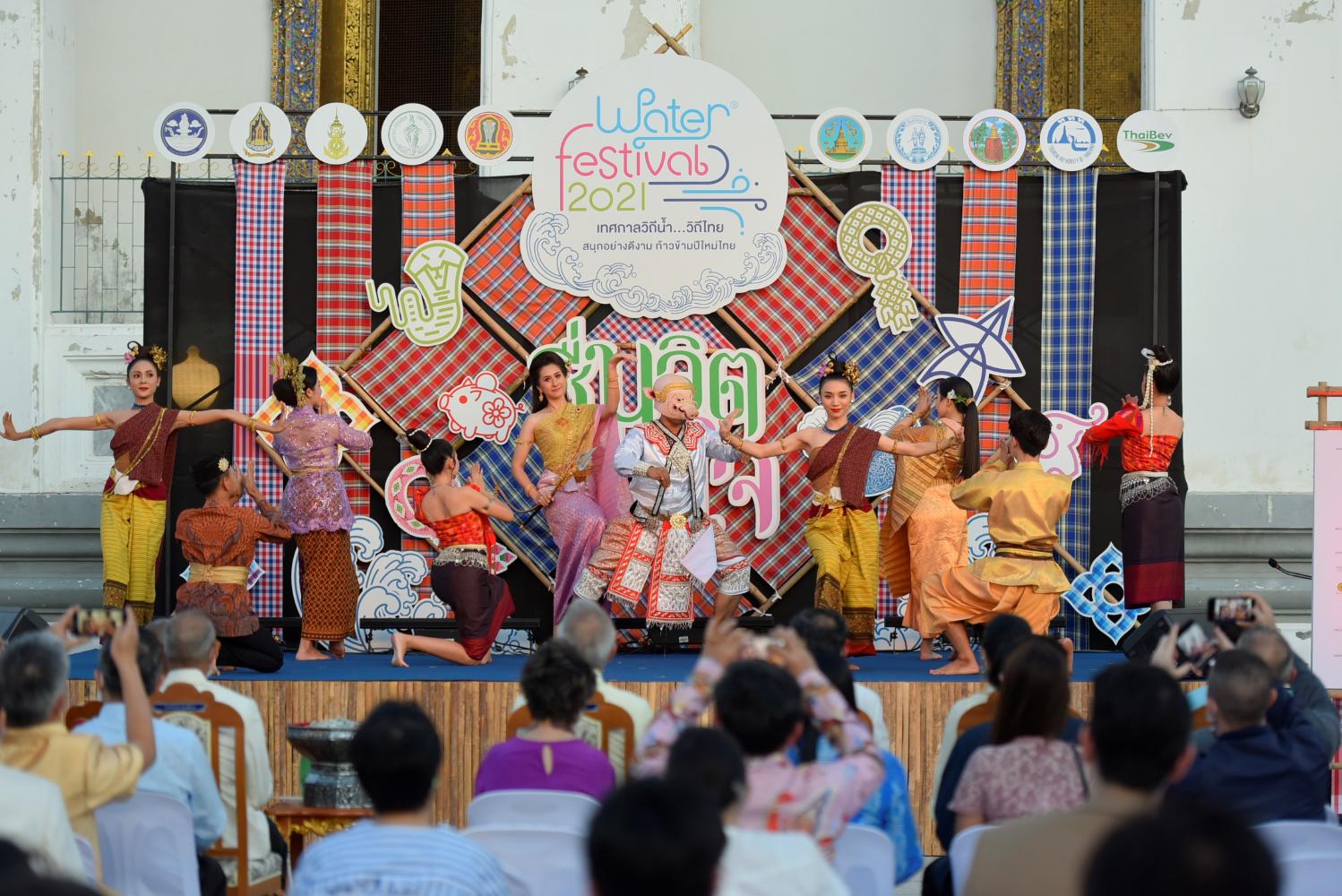 Wat Kalayanamitra will present a Thai kite show, a lion dance, traditional fencing and boxing performances and a retro luk thung concert while visitors to Wat Prayoon will enjoy a multicultural food contest, a bonzai contest and a temple fair offering local delicacies from the Kudi Chin and Klong San communities.

A temple fair will be offered at both Tha Maharaj and Yodpiman River Walk and a contemporary temple fair and cultural performances will be presented at Asiatique The Riverfront. Lhong 1919 will host a food truck festival while Sooksiam at Iconsiam invites everyone to try traditional delicacies and shop for outstanding products and lucky charms from across the country.

Activities at the temples will run daily from 8.30am to 6pm, except Wat Prayoon, which will be open for Songkran fun from 8am to 10pm. The festival at the other five piers will run from 10am to 10pm, except Asiatique The Riverfront, which will kick off the fun at 5pm.

There is no admission fee and free shuttle-boat service to the 10 piers will be available from 8am-10pm on all three days.