Manit Sriwanichpoom, Thailand's best known contemporary photo artist, is sharing his thought processes with "Pink Man Story", an art exhibition and book launch that will take place at the Studio, on the 4th floor of the Bangkok Art and Culture from April 29 to May 16. 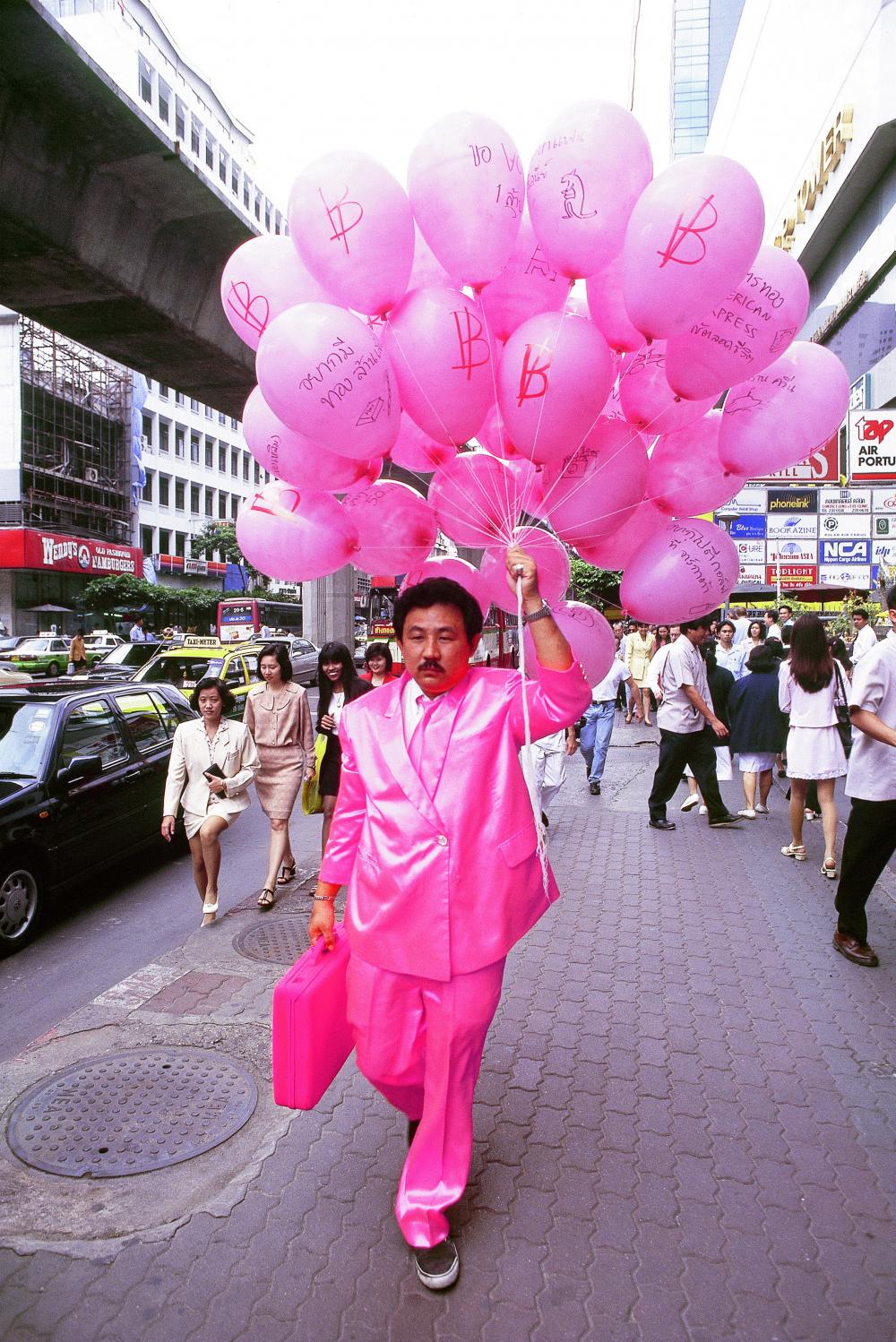 The 60-year-old artist has a vast and varied body of work from the past three decades but his greatest hit is "The Pink Man Series", which sprang into being just before the Tom Yum Kung economic crisis in 1997 that erupted in Thailand and spread across the world.

Created to criticise consumerism and politics, the series portrays a fat Asian man in a suit whose archetypal inner truth of nouveau riche vulgarity is made manifest with that most "tasteless" colour, shocking pink.

Armed with a matching supermarket cart, he is seen shopping for status and sensation in heaven and hell, vainly and desperately attempting to fill his eternally empty cart/heart.

As a consumerist and contemporary art icon, as much as an inverted crucifix, Pink Man is the exact antithesis of the peacefully meditating Buddha statues of old Siam. Yet the current mania for massive gold Buddhas in Thai monasteries might actually make Pink Man redundant.

The opening party will be held on May 1 at 5pm. Launched at the event will be Pink Man Story, a compilation of the entire Pink Man series from 1997-2018, with never-before-seen conceptual sketches and thoughts by the artist and provocative texts by art writers and curators.

Also making a grand appearance will be Pink Deva, Pink Man's post-death guise, performed by Sompong Thawee. He will be accompanied by his classical entourage Aunyawan Thongboonrod on cello and Thanaporn Sathienwaree on violin.

There will be an artist talk on May 8 from 3-5pm. Bangkok Art and Culture Centre is on Pathumwan intersection and opens Tuesday to Sunday from 10am to 7pm.