Warin Lab Contemporary is presenting "Reincarnations III -- Ecologies Of Life", which takes a close look at the extinction of selected animals at the intersection of human intervention, from April 29 to June 30.

On display will be two- and three-dimensional works by Ruangsak Anuwatwimon, an environmentalist-zoologist-artist who initiated his multidisciplinary art project, "Reincarnations", three years ago to raise awareness on the impact of the disappearance of natural ecosystems and mainstream national narratives.

This third series follows his ongoing research on the the swallowtail butterfly species, or Bhutan glory, which was native to the Chiang Dao mountains in northern Thailand but disappeared in the 1970s as a result of unethical collecting.

Also presented in the site-specific installation will be a papier-mache sculpture of the Japanese wolf, last seen alive in the early 20th century, and a stunning life-size sculpture of Schomburgk's deer, a now-extinct species. 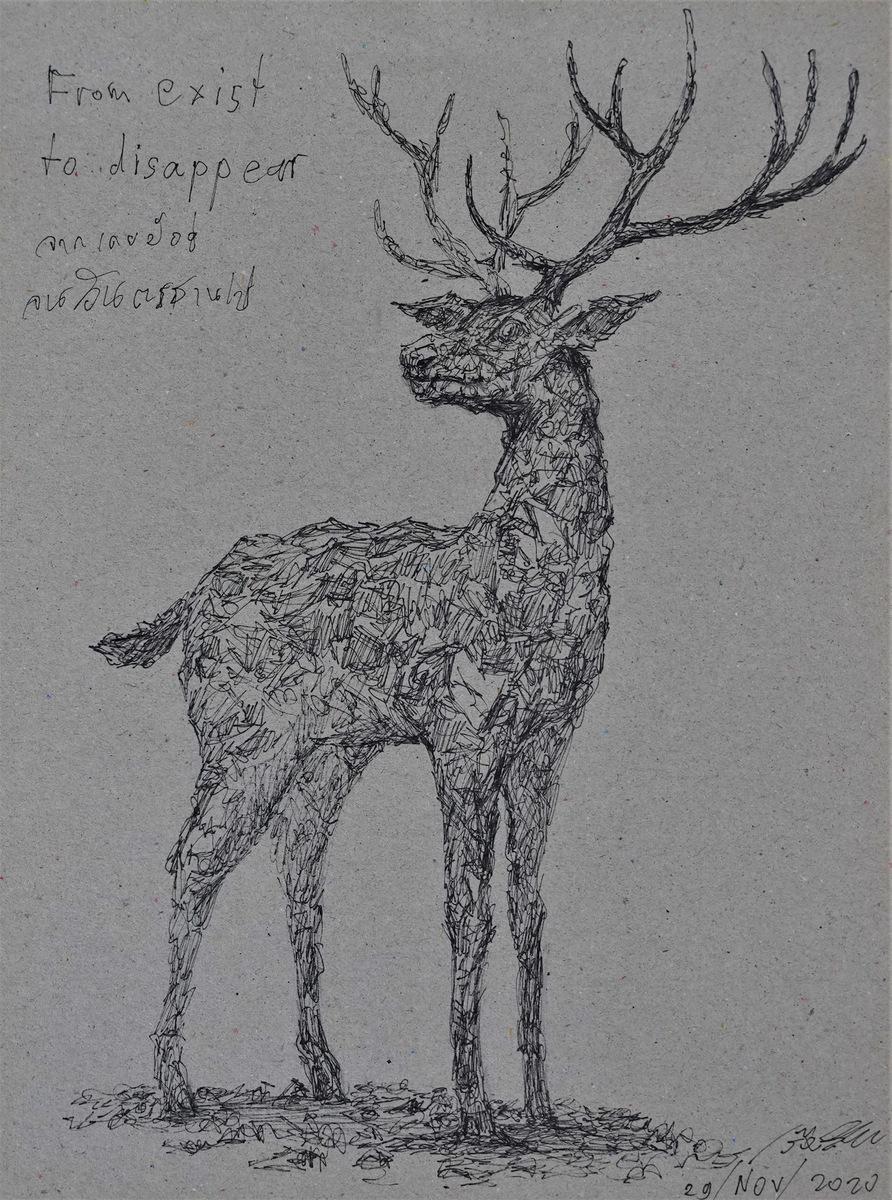 A preparatory sketch for the mixed media sculpture of a Schomburgk's deer. Picasa

First described in the late 19th century, the animal is native to central Thailand in the Chao Phraya plateau near Bangkok, today known as the Rangsit area where the artist conducted ground research.

It was last seen alive in the wild in 1932 and declared extinct in 1938 with the cause of its disappearance remaining unclear. However, the only embalmed exemplar resides not in Thailand, its home country, but the National Museum of Natural History in Paris.

This local deer species with its unique basket-shaped antlers was named after Sir Robert Schomburgk, who served as British consul in Bangkok from 1857 to 1864. It entered Western reference books in the mid-1960s while Boonsong Lekagul, a medical doctor and also the first researcher and ecologist of Thailand's wildlife who, in the 1950s and 60s, researched on and advocated the preservation of endangered animal species in the country, as well as produced and collected a number of books on wildlife including the Schomburgk's deer.

Warin Lab Contemporary is on Charoen Krung 36 and opens Tuesday to Saturday from 10.30am to 7.30pm.