Phiangkwan Phanthumphan, a fourth-year student at the Faculty of Architecture, Kasetsart University, blindfolded herself and held a cane while carefully walking down the stairs. Even with a cane, she was worried about her safety since the stairs were not designed for the visually impaired.

Phiangkwan's experimental experience is part of a course, "Universal Design Academy", which is preparing infrastructure design for housing, hospitals, tourist attractions, department stores, educational institutions, public transportation, pathway overpasses, to name a few, to be accessible for everyone. Universal Design Academy is a programme organised by the Thai Health Promotion Foundation, the Center of Excellence in Universal Design and the Universal Design Center. The latest programme was attended by 45 professionals from various fields such as architects, real estate developers, interior designers and building managers from the Airport of Thailand, the Marine Department, the Property Management of Chulalongkorn University, and the Thai Red Cross Society and other professionals such as dentists and physicians.

Assoc Prof Trirat Jarutach, head of the Center of Excellence in Universal Design, Faculty of Architecture, Chulalongkorn University, developed the Universal Design Academy from a programme launched by the Urban Redevelopment Authority in Singapore. For two weeks, the academy provided participants with knowledge about "universal design" and ministerial regulations under the Building Control Act of 1979. Then, participants had to use wheelchairs and wear blindfolds in order to understand how to design a building that it is accessible to everyone. At the end of the programme, participants had to present their plans and designs for building improvement. 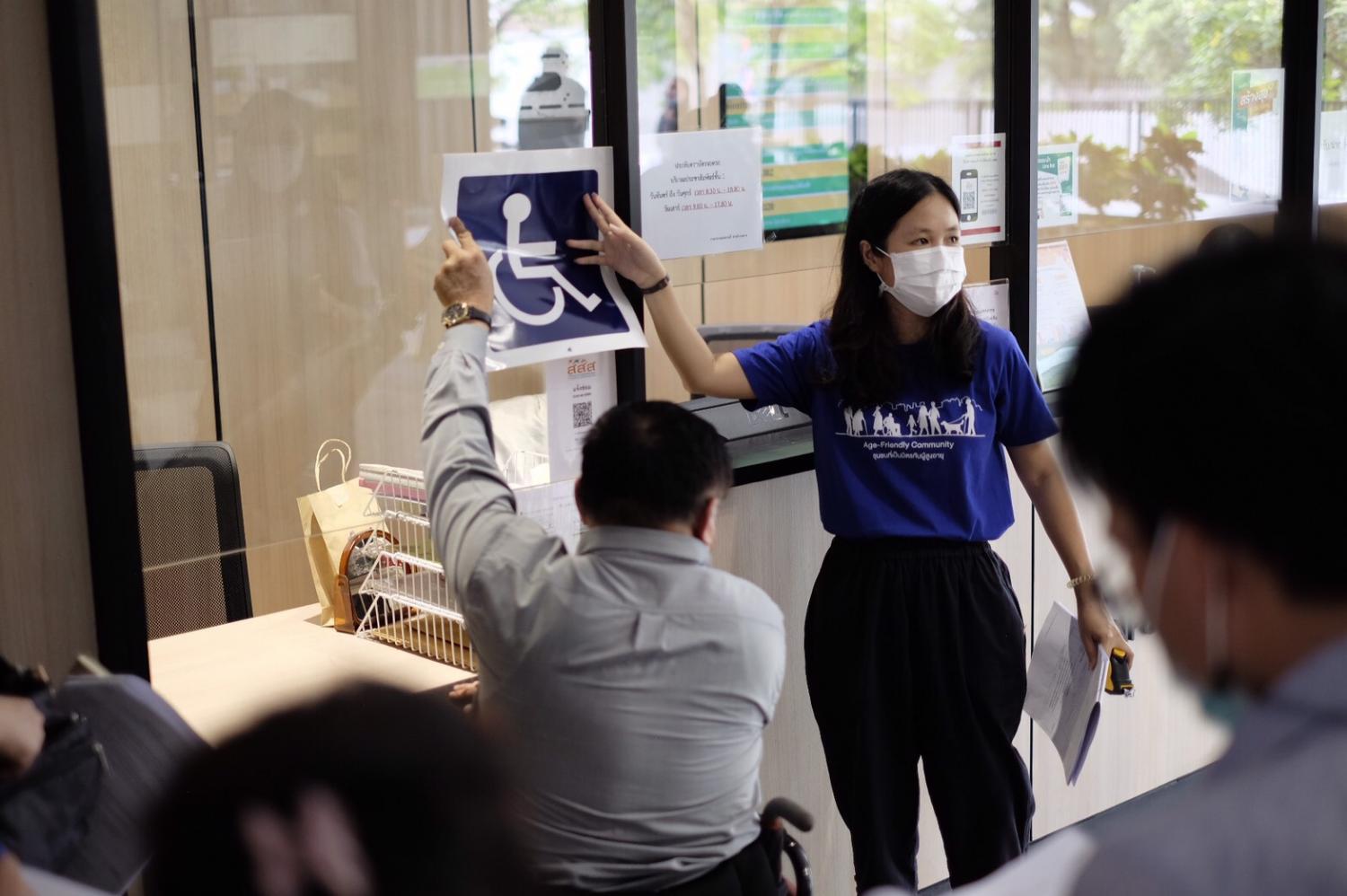 "Universal design is not fashion. It is essentially basic design for everything from clothes, cars, streets to buildings. Some people misunderstand that universal design is design for people with disabilities. Even though universal design was originally created for disabled people by an American architect who had polio, universal design means access for everyone such as elders, pregnant women and injured people. Hence, it is defined as a design for all. For instance, a building provides both stairs and ramps so that everyone can use ramps. In the future, we probably will not have to build stairs," explained Trirat.

It is important to prepare buildings and facilities with universal design because Thailand will become a fully fledged aged society this year with 20% of the population aged 60 or above or around 13 million people. According to Thai Health, the annual number of deaths from falls in Thailand averages 900 to 1,000 elders. The death rate of old women who die from falls is higher than men and half of these women fall in a bathroom or an area inside their house. Universal design can prevent all residents from such an end.

"There are four areas of a home where elders usually fall -- stairs, a bedroom, and areas that connect between interior and exterior areas such as the backyard and porch since they change their postures including getting up or stepping out in this area. Elders also tend to fall in an area that is dark, slippery or has steps. These areas are hazardous and should be adjusted. The floor should be smooth without different levels. If a porch is soaked because of rain, a roof should be built to cover it. If an area is dark, lighting should be added. Grab bars should be installed in these four areas," said Trirat. 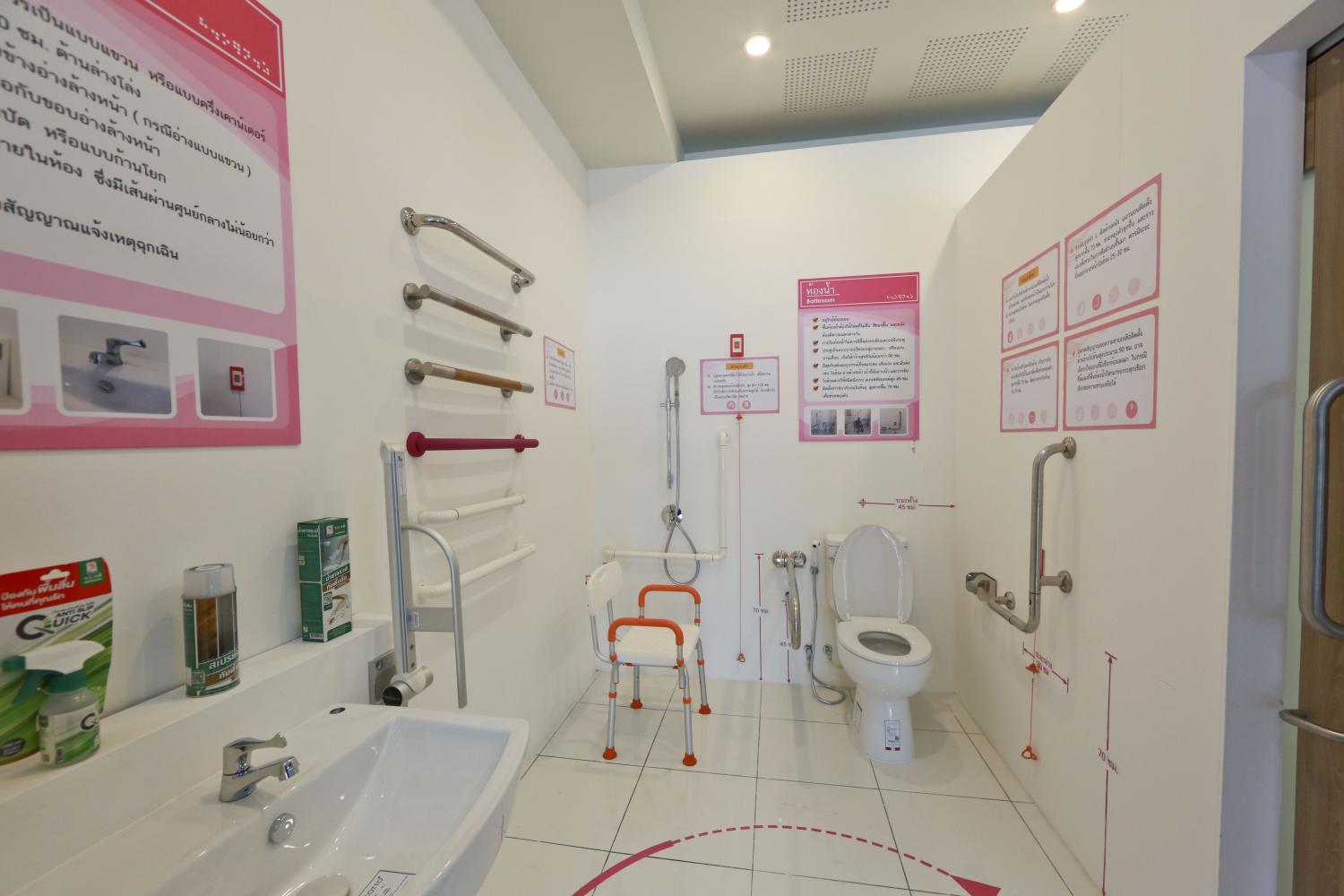 Trirat mentioned that he joined forces with the Ministry of Social Development and Human Security to monitor 40,000 buildings of government organisations such as schools, town halls, districts and police stations. He found that only 5% of these buildings or 2,000 buildings in total provided "universal design facilities" but even half of these did not meet universal design standards.

"Many ramps are steep and people with wheelchairs cannot use them. To prevent vulnerable groups from getting injured, facilities and buildings should meet seven principles of universal design -- simple and intuitive use, equitable use, flexibility in use, perceptible information, low physical effort, tolerance for error, size and space for approach and use. When a bank provides a special desk to serve elders, it is not equitable use. Elders do not want to be a burden. They prefer to have a similar service as others. An example of perceptible information is a sign which the law requires to have a blue background with a white graphic or vice versa. The sign should be clear and easily seen," he said.

The head of the Center of Excellence in Universal Design said "tolerance for error" is equipment to warn people to be aware of platforms in front of them.

"Equipment can decrease errors. Many handrails end at the last stair and many elders fall there. The handrail should be extended to be 30cm longer than the last stair, so elders can hold the handrail and step down to the floor. Warning blocks or tactile strips should also be attached on surfaces to warn pedestrians to be aware of something in front of them. A warning block is located 30cm before a ramp or a different level of platform. People usually think that warning blocks are for the visually impaired but at BTS stations we can see yellow warning blocks to warn all passenger to stay behind this zone," Trirat said. 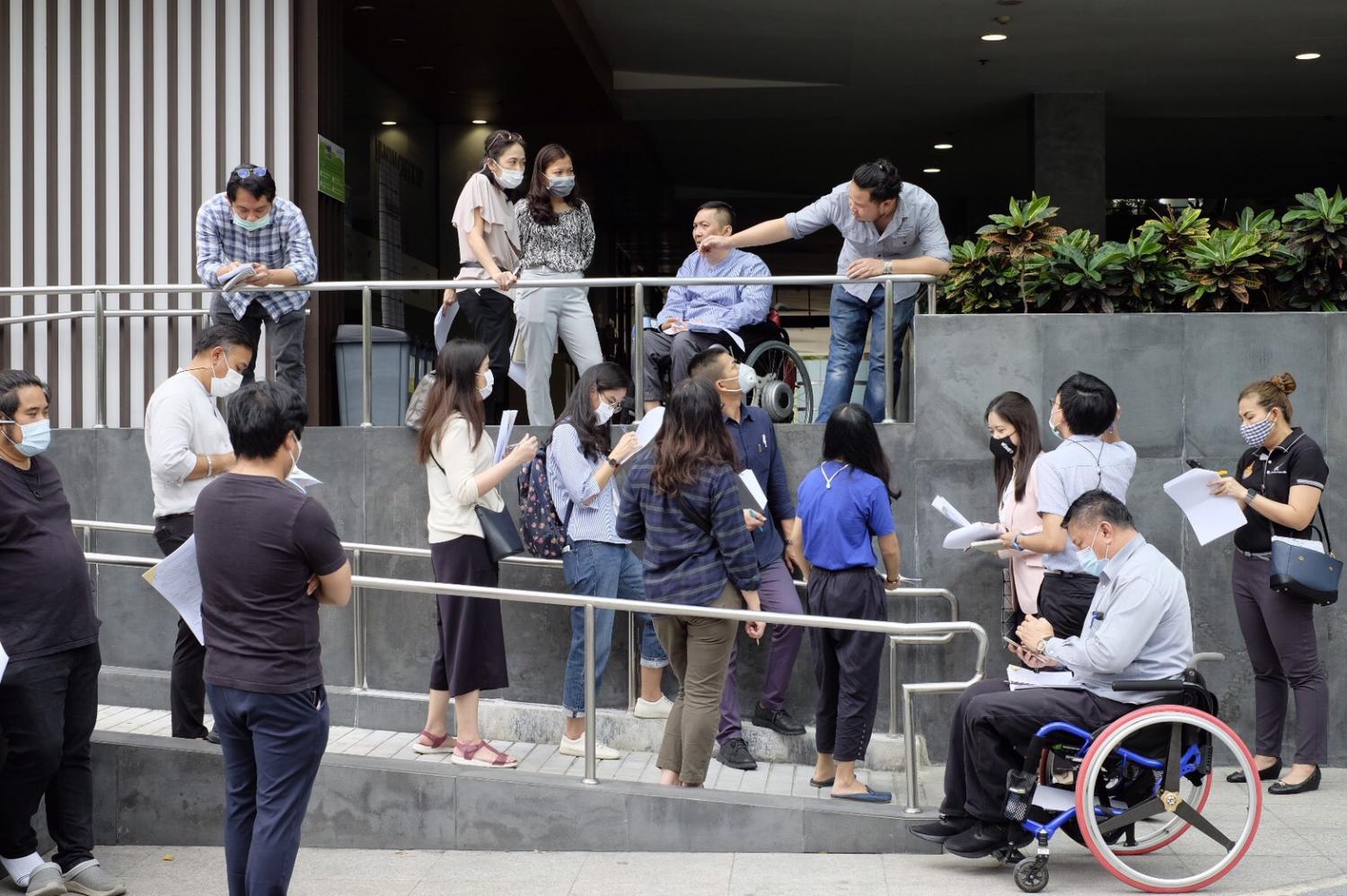 Academy participants use wheelchairs to understand the design for all concept. Thai Health Promotion Foundation

After working on universal design for 16 years, Trirat found that people have a negative attitude because they think this kind of design is only for people with disabilities. However, the idea of universal design is slowly gaining acceptance in society. At the academy, Trirat hoped that participants, especially real estate developers get the idea to use universal design in their constructions. His idea will soon materialise too since Jaturong Thanapura, the founder of Rachaya Real Estate from Udon Thani, is planning to adopt universal design in its current housing project.

"I'm planning to build safety houses, which target middle-class residences and above because this kind of house requires large space. Many accidents can occur in a house, so I would like to build a safe house. We will have a mock-up house that has a universal design applied in every area of the home. Then, we will choose some functions to apply in other homes," said Jaturong.

Asst Prof Jitravadee Roongin Kunkar, head of Real Estate and Facilities Management Section, Faculty of Industrial Technology, Suan Sunandha Rajabhat University, is another participant at the academy. She says she plans to educate her students and encourage them to use universal design ideas in their projects. She is also interested in using materials to reduce the cost of universal design.

"Designers must understand the equipment and expensive equipment does not necessarily mean great quality. It should be fun to figure out how to use the equipment for a universal design that is still under budget," said Jitravadee. 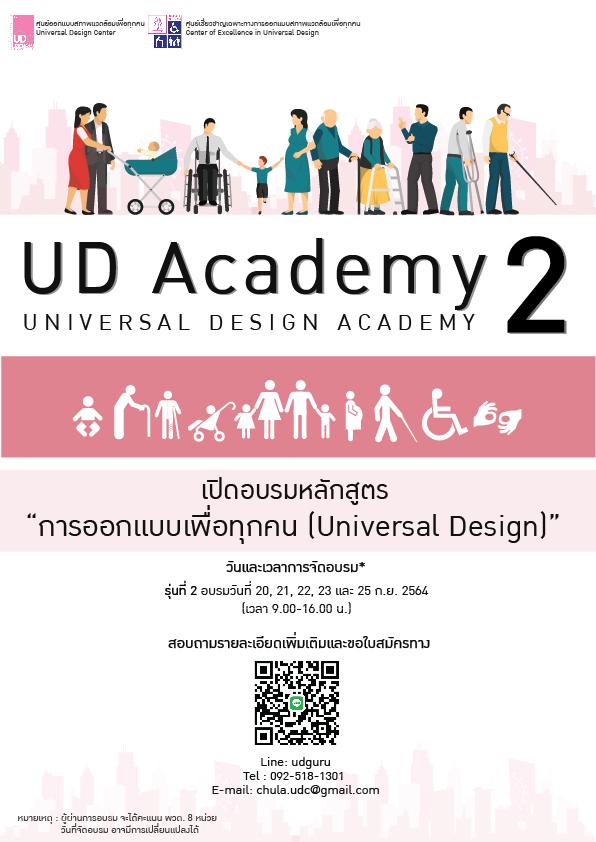 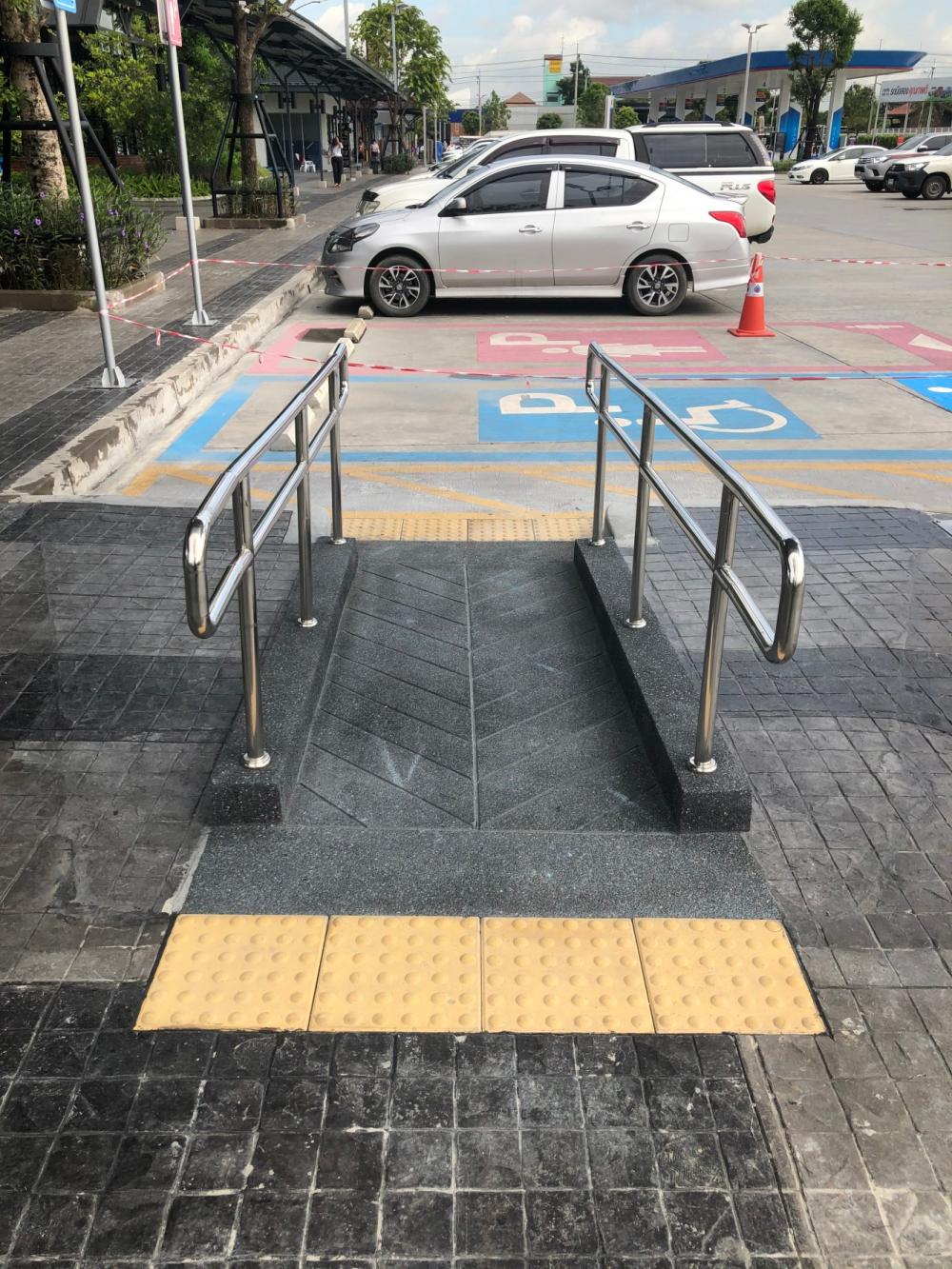