The path to world champion

Relatively new to jiu-jitsu, Pechrada Tan's victories at two competitions prove that it is never too late to follow your dreams

The pint-sized Thai sporting talent clinched the world title in the adult women's purple belt 49kg weight division, outclassing a tough opponent, Wadima Alyafei -- a national player for the UAE -- by 3-0. This makes her the first Thai to win an Abu Dhabi World Professional Jiu-Jitsu event.

Becoming world champion in under three years was the result of this 32-year-old's fiery determination to succeed in whatever she puts her mind to. Pechrada became interested in jiu-jitsu after marrying Vinc, a Singaporean jiu-jitsu black belt trainer/competitor, who inspired her to make the leap of faith in following her dreams.

He has been training her for the last two-and-a-half years as he believed she could compete at the highest level and offered her the emotional support she needed to succeed. 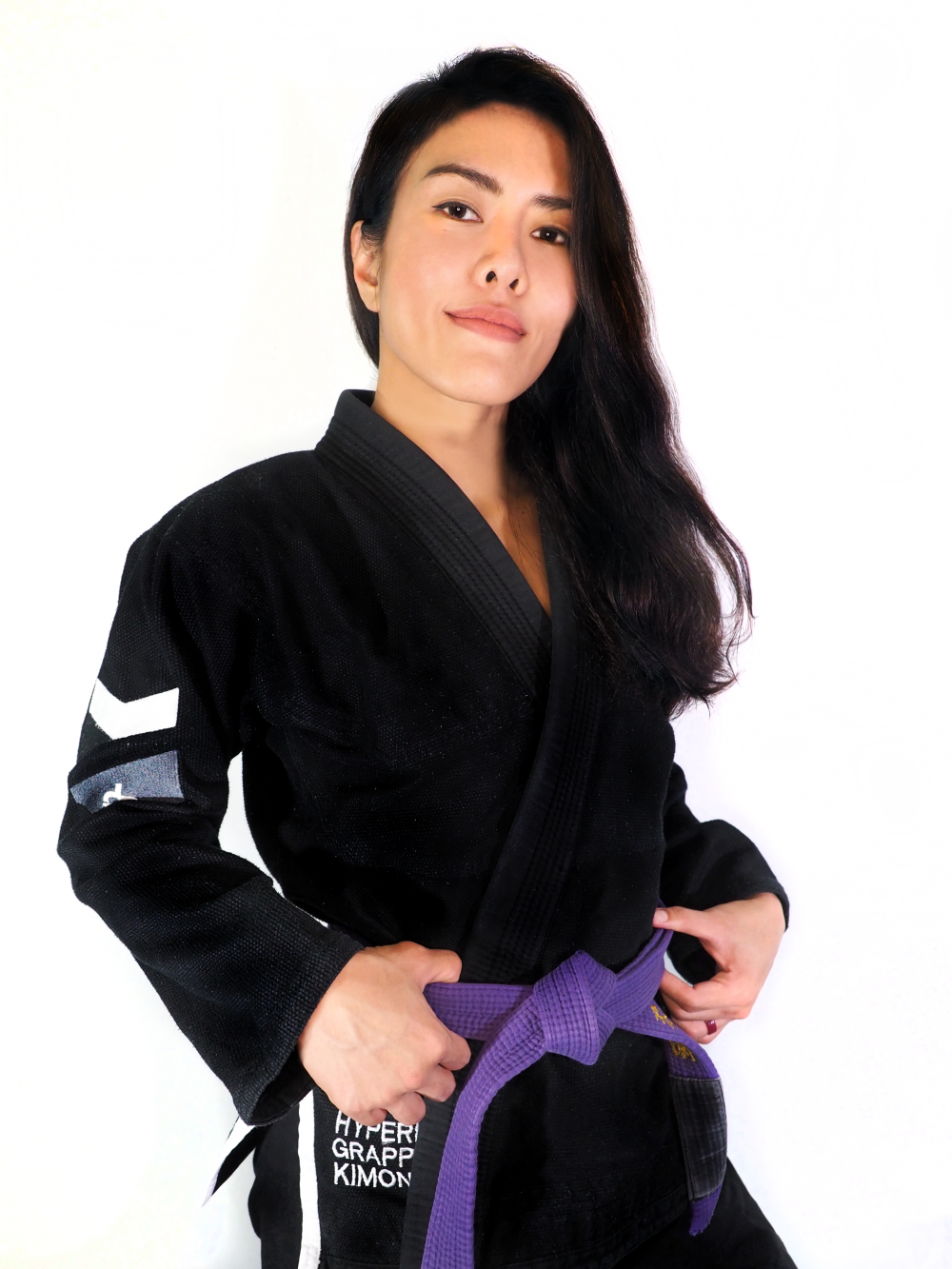 "Not long before I started dating my husband, I found that my health had begun to deteriorate due to lack of physical exercise, stress at work and the perils of living in a congested city such as Bangkok. Initially, I was looking for a sport that would help me with my fitness. Due to its popularity, I tried muay Thai but long story short, it did not work out for me and when I got to know more about jiu-jitsu, I found myself fascinated and curious to see where it would take me.

"I began to seriously contemplate pursuing this sport as a career at the age of 30. Yes, it is never too late to follow one's dreams. While the sport doesn't offer prize money, the medals and titles athletes accumulate through their competitive career helps them to build their portfolio as trainers."

Pechrada, who is based in Singapore, describes her journey as filled with adventure, enlightenment and self-reflection, which in part has been due to the blood, sweat and tears she has had to shed to refine her athletic prowess.

"It has not been a bed of roses for me. Each hard knock in life has been a learning curve. Not only has all the training helped me get my health back but the feeling of winning tournaments also made me appreciate the hard work that goes into it," remarked the Sa Kaeo province native.

"From the tedious process of losing weight prior to tournaments to training seven days a week has instilled character and discipline. When I lose a competition, I feel that I have failed myself so it makes me more determined to train harder for the next tournament. Victories don't make me complacent. On the contrary, it gives me all the more reason to intensify my training to reach the next level."

Competing in the UAE during a global pandemic was an eye-opening experience for this well-travelled athlete who has competed in 10 major tournaments since becoming a professional.

To her delight, many competitors turned up for the championship, each highly qualified to win titles.

"The Covid-19 situation impacted me with travel restrictions and competitions being cancelled. Not knowing when I would be able to travel interfered with my fear of not receiving sufficient competition experience. I felt I was becoming rusty at the edges. All the training you do is great but it is nothing like actually getting experience through competing. I did not miss a day's training despite the lockdown. 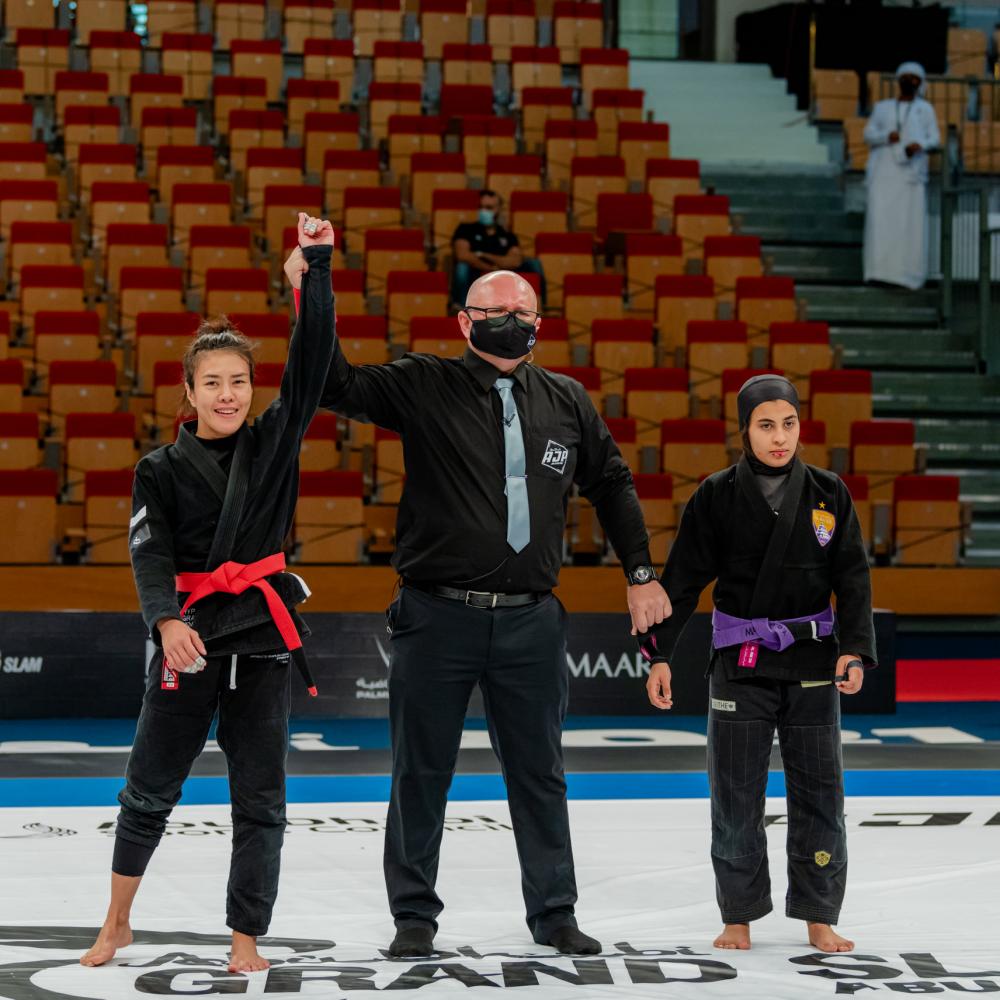 "I wanted to be ready to compete at the drop of a hat. It was difficult in the beginning because like all coaches, Vinc had certain expectations from me as his student and had no qualms showing he meant business. It was tough love and I had to learn it the hard way. It took me time to appreciate the natural side of our relationship. At the gym, he is my coach and thus I have to be compliant in order to improve myself as an athlete. However, when we are at home, I am his wife and he is my husband and so it has worked out pretty well in this sense."

Pechrada encourages people to follow their dreams despite the rough road ahead.

When she made up her mind to become a jiu-jitsu player, her dream was to eventually compete in the finals of a world championship. A victory was the icing on the cake.

"It is a moment of great pride to compete among the very best in the sport. When you reach the finals and all eyes are on you is when your training comes into use. You just go out there and give it your best. Victory is always sweet but the true adrenaline-pumping moment comes when the judge declares you the winner by shouting out the country of your origin, Thailand! Now that is a very special moment and it gives you a lot of happiness. The memory is etched in your mind forever."

Pechrada says her ultimate goal is to become a black belt.

"I know that with my determination and competitive experience, I have a shot at achieving my next milestone. And yes, my coach/husband will be by my side throughout this journey as well."