published : 11 Jun 2021 at 04:00
newspaper section: Life
writer: Kanokporn Chanasongkram
Without using a protective cage, Fred Buyle is a part of the marine nature when photographing sharks.

Freediving legend Fred Buyle captures the beauty of the oceans and countless marine creatures through his underwater photography using only natural light. His oceanic adventures are not short of meeting and snapping sharks.

"An encounter with sharks is always something special and I consider it as an incredible privilege to meet such animals in their natural environment. Just think about that sharks have been roaming our oceans for 400 million years," said the Belgian ­freediver and friend of Ulysse Nardin.

The lemon shark has been put under the spotlight by Ulysse Nardin, whose limited-edition diver's watch is inspired by the gentle giant.

The largest recorded lemon shark was measured at 3.4m and weighed 184kg. Thanks to their colour which matches that of the sandy ocean floors, the carnivorous sharks are easily camouflaged so that they can sneak up on their prey.

Buyle came face to face with the magnificent yellow creature for the first time almost 25 years ago, on an offshore reef in New Caledonia.

"Back then they had a bad reputation so I was wondering how the encounter would evolve. All went well and there was mutual curiosity," he recalled. "Lemon sharks have a strong personality. I find they always look a bit grumpy and over-serious but you quickly get past that first impression when you freedive with them. They are top predators of the coral reefs, and are very important to regulate that particular ecosystem."

His ties with the sea date back to his childhood when he spent several months each year on the family sailboat. Buyle actually discovered freediving at the tender age of 10, and became a scuba diving instructor in his late teens.

The champion freediver set his first world record in 1995, and broke three additional world records between the late 1990s and 2000, including passing the mythical 100m depth on one breath of air in 1999.

When he turned 30 in 2002, Buyle combined his freediving prowess with underwater photography. He had followed his ancestors' footsteps, as his great grandfather was a pioneer of photography in the 1890s, and his father an advertising and fashion photographer during the 1960s.

"In both disciplines, you need to be focus on what you do but at the same time you have to be able to let go and follow your instinct," he said. "Therefore I believe you need to practice both a lot in order to be totally prepared when a great photo opportunity arises and in that case you won't have to think about how to use your camera or holding your breath. Practice, dedication and having fun while doing it are the three key elements." 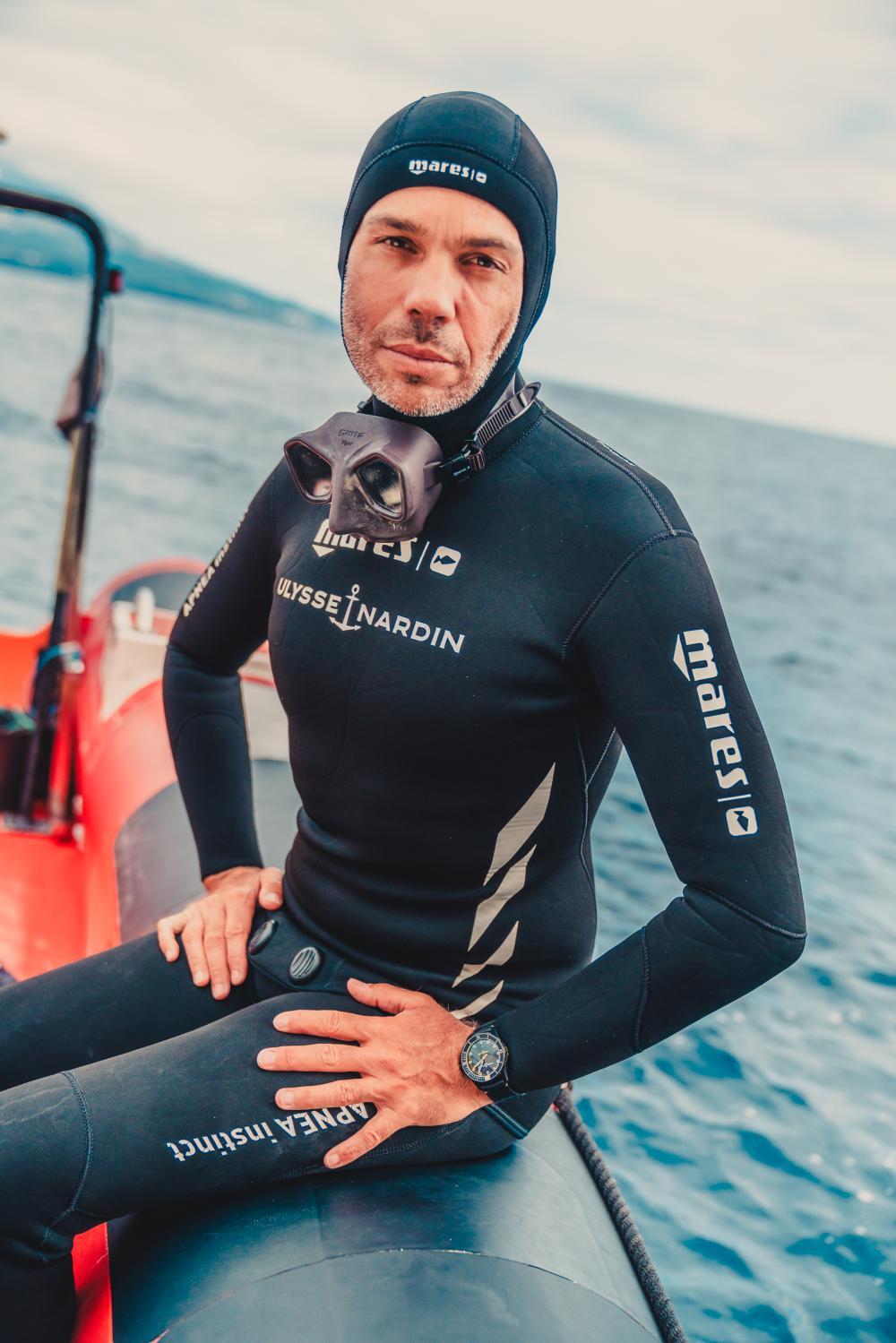 His "Zen" approach makes his underwater photography different from others.

Since 2005, he has been assisting marine biologists in their fieldwork, in addressing conservation issues.

Without using a protective cage that can disturb the animals, the fearless freediver is a part of the nature as he approaches the great white sharks, lemon sharks, humpback whales, sperm whales and other marine creatures.

During the dive, he performs tasks such as acoustic and satellite tagging and DNA sampling. The bio-tagging of lemon sharks, for instance, provides a better understanding of these mellow members of the Carcharhinidae family.

"Lemon sharks are not aggressive towards people yet they are nearly a threatened species. Bio-tagging is essential to having a larger perspective on how they live," said Buyle, who's based in the Azores Islands, located in the Atlantic ocean.

Not only lemon sharks, every shark species play a crucial role in the ecosystem. By not consuming shark meat and products, people can help save the animal and restore healthy oceans.

"People's perception of sharks is changing. They are not always portrayed as blood-thirsty predators. It's a good first step but everyone should be more concerned about sharks because they are extremely important for sustainable oceans," he said.

Designed for the deep

As sharks are beloved emblems of Ulysse Nardin, the Swiss watchmaker supports oceanographic research on the apex predators.

For instance, its Shark Tracker App allows following in real time the sharks that have been previously tagged by the organisation and its collaborators. This gives a wider access to study the movement of the magnificent creatures in the oceans.

The numerous shark species are essential to the natural order of marine ecosystems. Learning more about their movements, feeding habits and mating processes will drive a better approach to shark conservation.

Ulysse Nardin also supports the Aquarius Reef Base, deployed 18m beneath the surface of the Florida Keys National Marine Sanctuary. 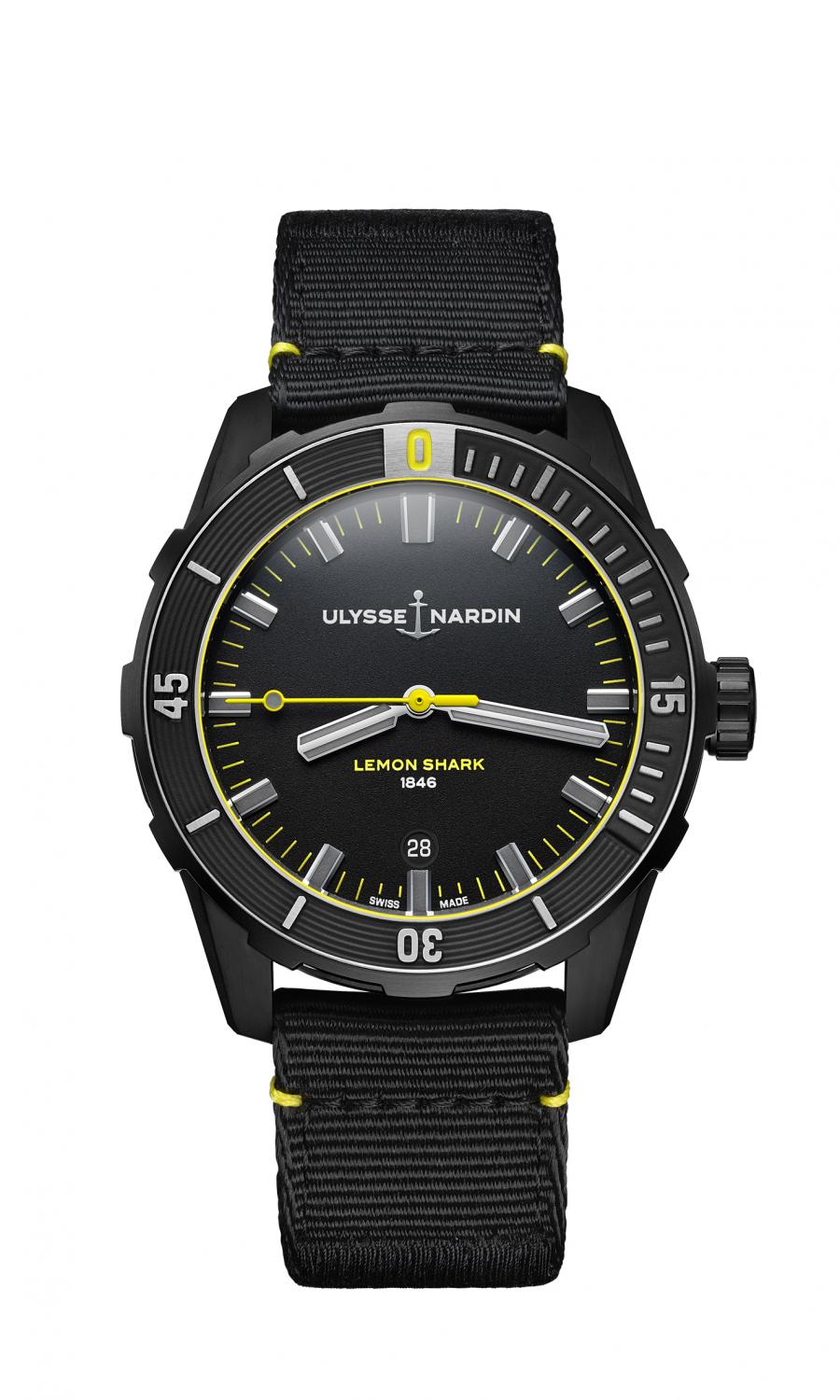 Limited-edition Diver Lemon Shark matched with the R-Strap made from recycled fishing nets.

The world's only underwater research and education laboratory is the heart of Florida International University's Medina Aquarius Program, conducted by the university's Institute of Environment. The Aquarius Reef Base provides unparalleled means to study the ocean, test and develop state-of-the-art undersea technology and train specialised divers.

The collaborations with OCEARCH and Florida International University are portrayed in Ulysse Nardin's documentary film released to mark the launch of the Diver Lemon Shark timepiece, on the occasion of World Oceans Day 2021.

Founded by Ulysse Nardin in 1846, the eponymous brand owes its reputation to its ties with the nautical world: its on-board marine chronometers are among the most reliable and remain very popular with collectors all over the world.

Today, the watchmaking takes place at its birthplace in Le Locle as well as in La Chaux-de-Fonds in Switzerland. Besides shark conservation, its environmental commitments include integrating materials culled from the ocean into new products, in order to reduce marine pollution. 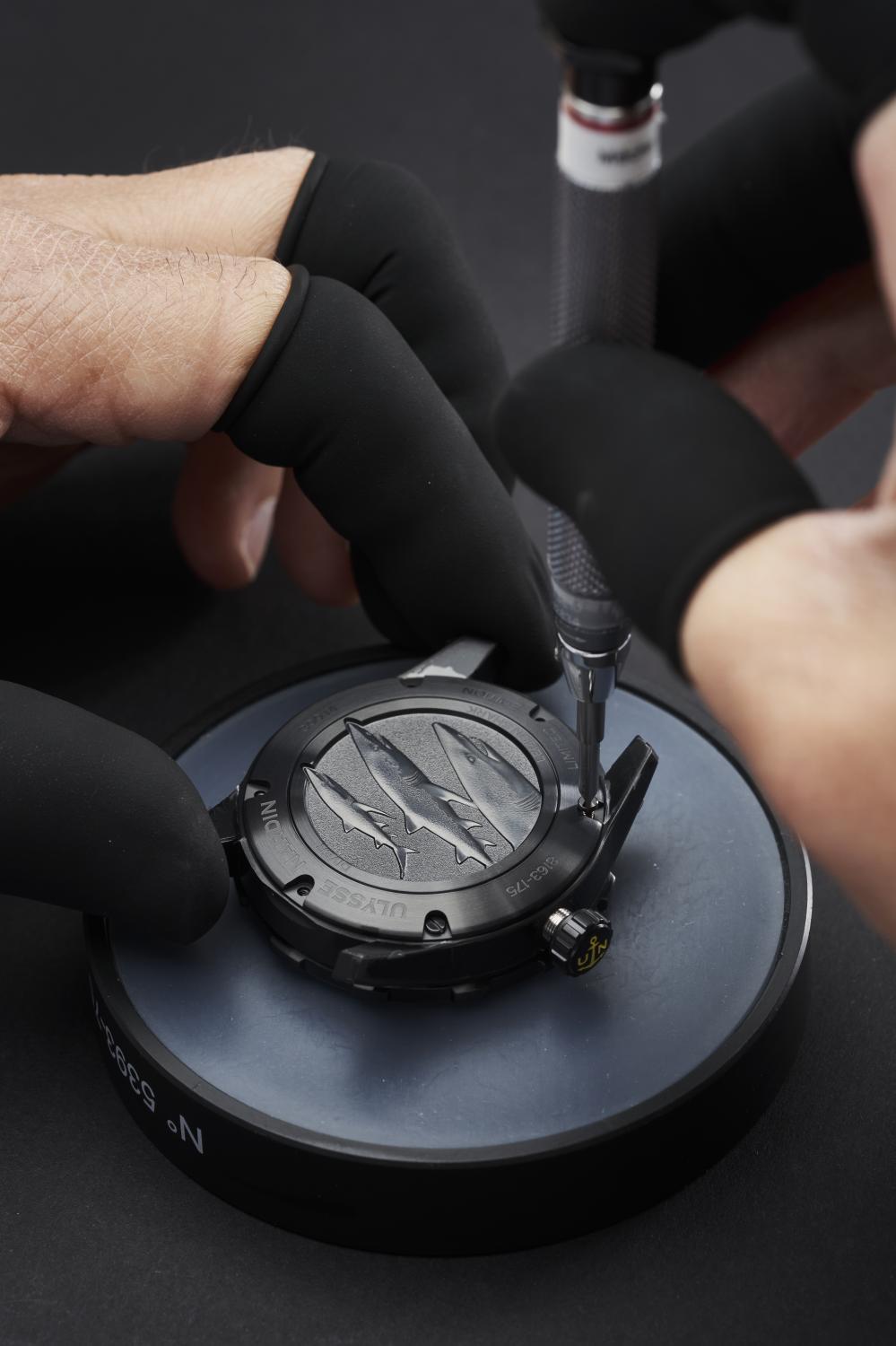 The caseback features a stamp of three lemon sharks.

For instance, discarded fishing nets are recycled as a material for making watch bands.

The resulting R-Strap is an eco-friendly feature of the new Diver Lemon Shark, housed in a steel case with black DLC.

Powered by Caliber UN-816, the 42mm Diver model has been redesigned with Superluminova indexes in "shark grey" and touches of yellow on the bezel, black dial, crown and band, recalling the colour of the lemon shark's skin.

A trio of lemon sharks is engraved on the case back of the limited edition available in 300 pieces.