A parcel delivery company is apologising after a customer was forced to track down eight iPhone 6 devices stolen by a member of its own staff.

Flash Express was forced into an embarrassing climb-down after earlier refusing to help its customer who complained her order of second-hand phones and a phone charger had been diverted while en route from Kamphaeng Phet to her home in Pak Tho, Ratchaburi.

Pimnipa Sanguanrat, 43, who makes food to order in Ratchaburi, had asked her relatives in Kamphaeng Phet to send her the devices. When the parcel arrived three days later, sent via Flash Express, it contained a single mango fruit, stuffed inside in place of the phones. 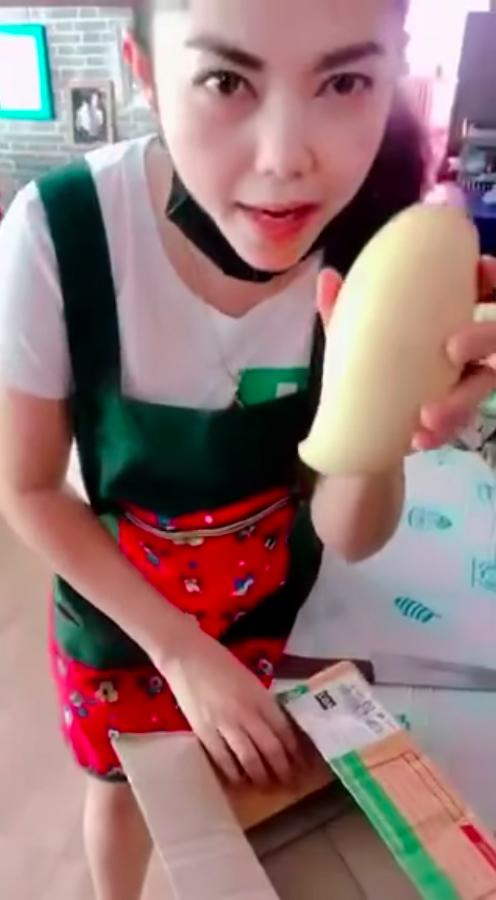 zShe suspected the phones had been stolen as the box showed traces of having been forced open. Ms Pimnipa, who contacted the company and later wrote about her plight on Facebook, said Flash Express refused to help, claiming second-hand devices were not covered by insurance, and the outlet which sent the parcel was not a licensed dealer.

The outlet, meanwhile, confirmed that when the box left its shop it weighed 1.04kg. The box which arrived at her home containing the mango weighed not even half that amount.

Undeterred by the company's stance, Ms Pimnipa contacted turned to Apple and with the aid of its remote tracking app on iCloud, traced the stolen devices initially to Flash Express's sorting centre in Bang Rakam, Phitsanulok.

As the phones were switched on one by one by whoever had taken them, she was able to pin them on a map via their GPS signal. Ms Pimnipa said the tracker also showed some of the phones being switched on in Muang district.

Police inquiries were later to show that a staff member at the centre had stolen the devices and replaced them with the mango. Before Ms Pimnipa and the police were able to catch up with him, however, he sold three of the devices to a friend in Muang district, who sold them again to a contact in Rayong.

Having found the location of the devices, Ms Pimnipa and her younger brother on June 4 alerted Bang Rakam police. Since she first found them, the tracking app had pinpointed areas close to local temples: Wat Yang Khwaen U in Bang Rakam, and Wat Chulamanee in Muang district.

The police and Ms Pimnipa set out together with the tracking app, which apart from pinpointing the location also sets off a high-pitched ringing tone to help find missing or stolen devices.

Police found five of the devices at a house about 10m behind the first temple. The occupant, Pornthep Bunchuay, 26, initially denied any connection, but when police hit "play sound" on the app, and the phones started ringing nearby, he was forced to confess. They found the phones and a charger in the back of a Mitsubishi pickup parked under a lean-to on the property.

Mr Pornthep said he was sorting parcels at the Flash Express centre on June 1 when he noticed the parcel intended for Ms Pimnipa had broken open and contained phones. Seized by greed, he switched the phones for a stray mango fruit he had spotted in a delivery vehicle.

He had since sold three of them to a friend in the district, Thawatchai "Ekk" Choksuriyasakul. When police found him at his apartment, close to the second temple pinpointed on the tracker, he said he had already onsold the devices for 500 baht each. Police are tracking down the devices and in the meantime have charged Mr Pornthep with theft.

Ms Pimnipa said she was delighted to get her phones back, and said Flash Express had started talks about compensation. She was disappointed with their initial response, which forced her to take on the role of detective herself. "Even when I found someone at their sorting centre had done a switch, they still did not help as much as they should have done," she said. When she accompanied police to Mr Pornthep's house on the day of the arrest, she returned the mango which he had stuffed in her parcel.

Flash Express has offered its "deepest apologies" for its handling of the matter. "We have taken a look at the CCTV and sacked the worker concerned," it said. The firm also would impose tougher security measures at its sorting centre to make sure there would be no repeat.

A tattoo artist is winning praise for helping a former school friend he found wandering around in a drug-induced haze.

Jakkarin "Golf" Seungcharoen, 27, came across his friend, Bank, his long hair dishevelled, barefooted and wearing tattered jeans, wandering along the road on May 7. He and Bank were friends in primary school but had lost contact over the years.

He recalled Bank as polite and reserved and said he could not accept the state he found him in. Golf, known as golftheband on TikTok, decided to help him, gaining the young man's trust, contacting his mother, and arranging for him to enter rehab. 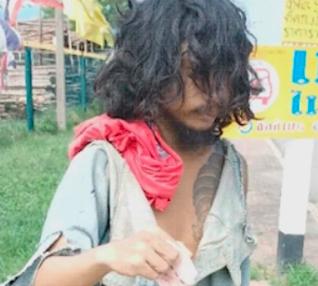 He recorded their journey in a series of clips which have since been widely shared by Thais, moved by Golf's efforts to help his friend. "You are one in a million -- a true mate," they enthused.

Golf said the Bank he found was living the life of a vagrant. He visited his mother in Thanyaburi, Pathum Thani, who said Bank had been mentally unwell for four years. He took drugs, was prone to rages and had hit her.

He had been treated for his drug habit before but refused to take his meds, leading to a relapse.

Golf said he arranged for Bank to enter rehab at Srithanya Hospital in Nonthaburi. Bank, his mind still befuddled by drugs, was a reluctant patient and had to be lifted to an ambulance, where he was strapped down for the journey. 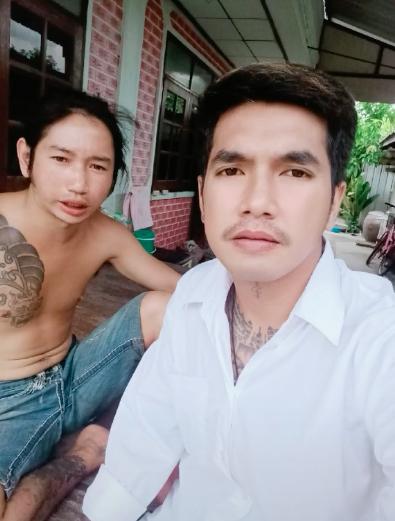 His treatment was delayed several days when the hospital insisted he get checked for Covid-19. After testing negative he spent the next two weeks in care. Golf said that as his friend improved, they spoke regularly by video call.

On the day of his release on May 31, a smiling Bank is seen offering Golf a wai as he leaves the ward. A clip shows him embracing Golf and greeting his young son. Doctors said he was 70 per cent recovered.

By late last week, thanks to publicity about his recovery, Bank was emerging as a minor public figure. A TV show invited him on, when Bank said the thing he wanted most in life was an acoustic guitar. The host offered to buy him one if he stayed on his meds.

Golf said his mate, as he gets better, was hoping to start a fried pork stand. He was making his own plans to set up a shop offering his tattoos. The cost of caring for Bank, which Golf raised from friends and family, came to 12,800 baht.

Thais were moved by the saga, which at one point had Golf almost in tears as he battled with obstacles in the health system. "I don't want to be famous, I don't want money, and I don't want to make merit...I just want my friend back the way he was," he wrote. "Thanks you to everyone who gave him a morale boost. Thanks also to the obstacles which made me realise how important friends are."

A young drug suspect arrested in Songkhla impressed police with his ability to compose rap lyrics capturing his plight.

A clip of Tak "Note" Phasuk, 26, composing a rap-style ditty on the fly aired widely in the media. Mr Note, wearing a smile throughout, extols the benefits of cannabis and takes a pot shot at police for being "ignorant" for charging him.

Border Patrol Police Division 43, Narcotics Suppression Division troops, and Tourist Police, who made the arrest, say the young man and his supplier, Wanchai "Win" Athiphatpong, 25, whom they also nabbed, were buying and selling cannabis over the internet.

After catching Mr Note at his apartment, where they seized two bags of dried cannabis, weighing 18.5 grammes, and drug taking gear, they had the young rap fan call Mr Win to make a bogus order. Mr Win told his mate he could spare him "only" half a kilogramme for 4,000 baht. They arranged a time to meet at a condo in Hat Yai, when police pounced.

However, his arrest drew less attention than that of his musical mate, Mr Note, who as police were processing his case made up a song about ganja and his new status as a drug suspect. As an officer sorts through bags of dope behind him, Mr Note performs rapper-style for the benefit of police filming him. 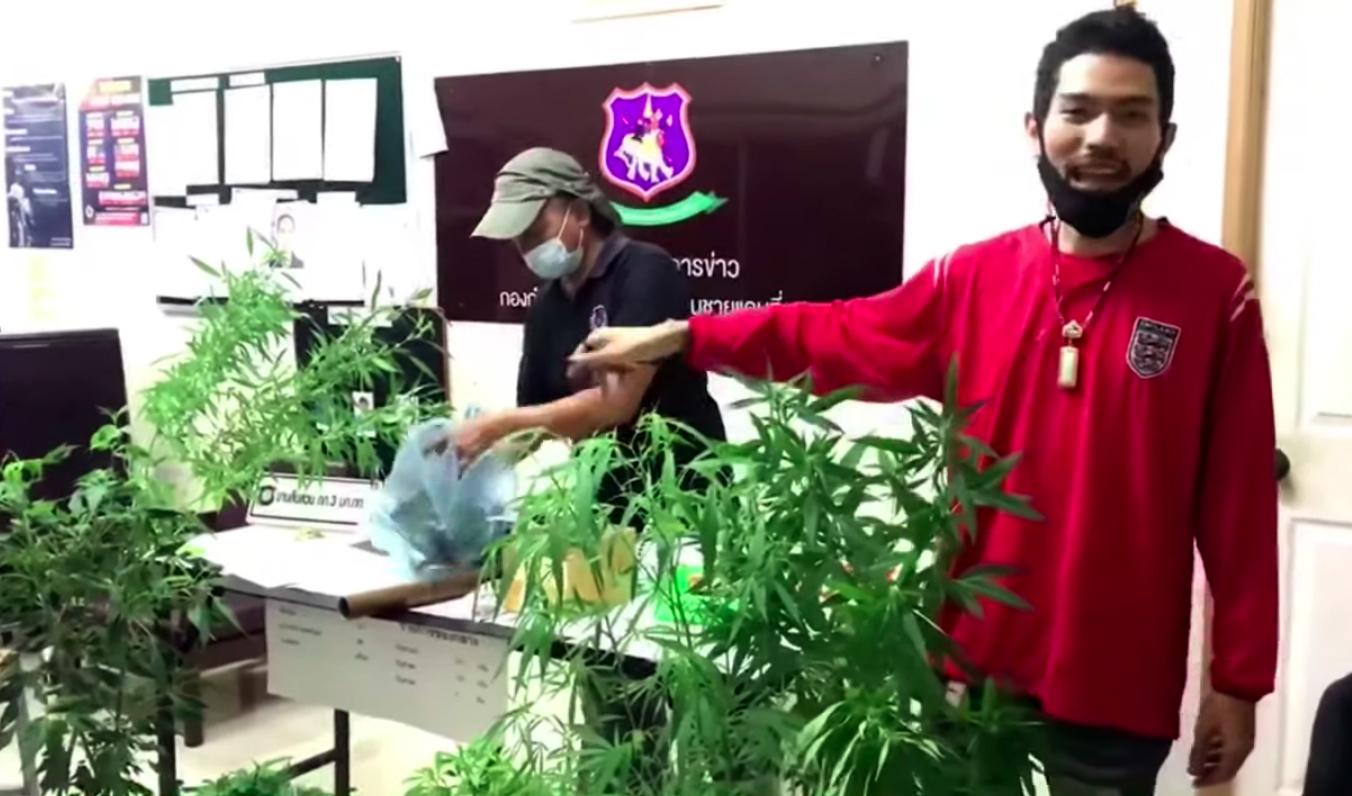 He extols the health benefits of the drug and asks why police, whom he likens to a tall, hungry ghost in Thai mythology, or Pred, are arresting him. In rhyming Thai lyrics, and jabbing at the air rap-style, he sang:

Welcome...today we are here to talk about cannabis plants, Ganja...many plants...which police have seized, Seize, why? they are medicinal plants...herbal plants of Thailand, (repeat) Herbal plants which we raise to treat diseases, To make money...or take as drugs, They export it all over the country But some Thais are still ignorant like Pred.

Far from being upset, police egged him on, interposing with rapper-like chants of "Yo, Yo!"

Frivolity aside, Mr Note was charged with possessing dried cannabis, and Mr Win with possession and cultivating the drug, both of which are still illegal despite recent changes to the medical cannabis law.