In late 2020, Jaquet Droz revealed the first signs of a partnership with John Howe, the illustrator and conceptual artist of Peter Jackson's The Lord Of The Rings and The Hobbit trilogies.

The Swiss brand has been based in La Chaux-de-Fonds, since clockmaker Pierre Jaquet-Droz founded the company in 1738. Born in Canada, Howe has actually lived in Neuchâtel for 30 years.

The partnership combines Jaquet Droz's mastery in artisanal techniques with Howe's work, which conveys myths and beliefs that have been nestled deep within people's minds for thousands of years.

Far more than just a mythical creature, the dragon comes alive on the dial of Petite Heure Minute from the Les Ateliers d'Art collection. 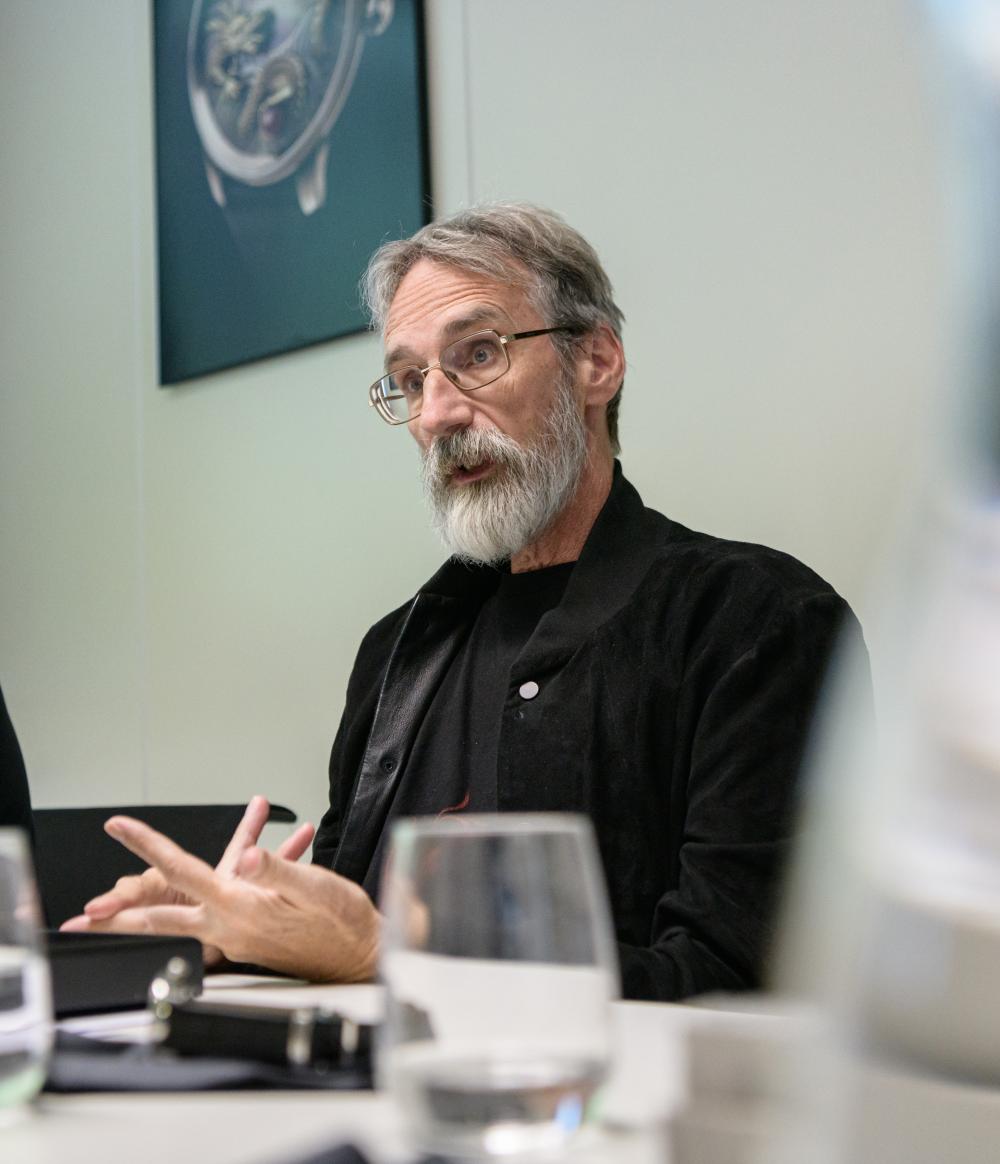 While Howe's dragon echoes the essence of his early designs, a full range of Jaquet Droz decorative techniques was required to reproduce each relief, contour and volume for a work of art with unique dimensions and a monochrome pictorial masterpiece, which emerges from a dark blue Grand Feu enamel dial.

Under the off-centred time display, the red-tongued dragon holds a luminous pearl in its claws. The Dragon Pearl is traditionally associated with happiness, abundance, wisdom and knowledge for its owner. Its body nestles into the hollow of the 41mm case, which is available in red gold or white gold.

Each available in 18 pieces, the two versions of Petite Heure Minute Dragon are powered by a self-winding movement, whose gold oscillating weight has been meticulously hand engraved to depict the dragon's tail with its countless scales. 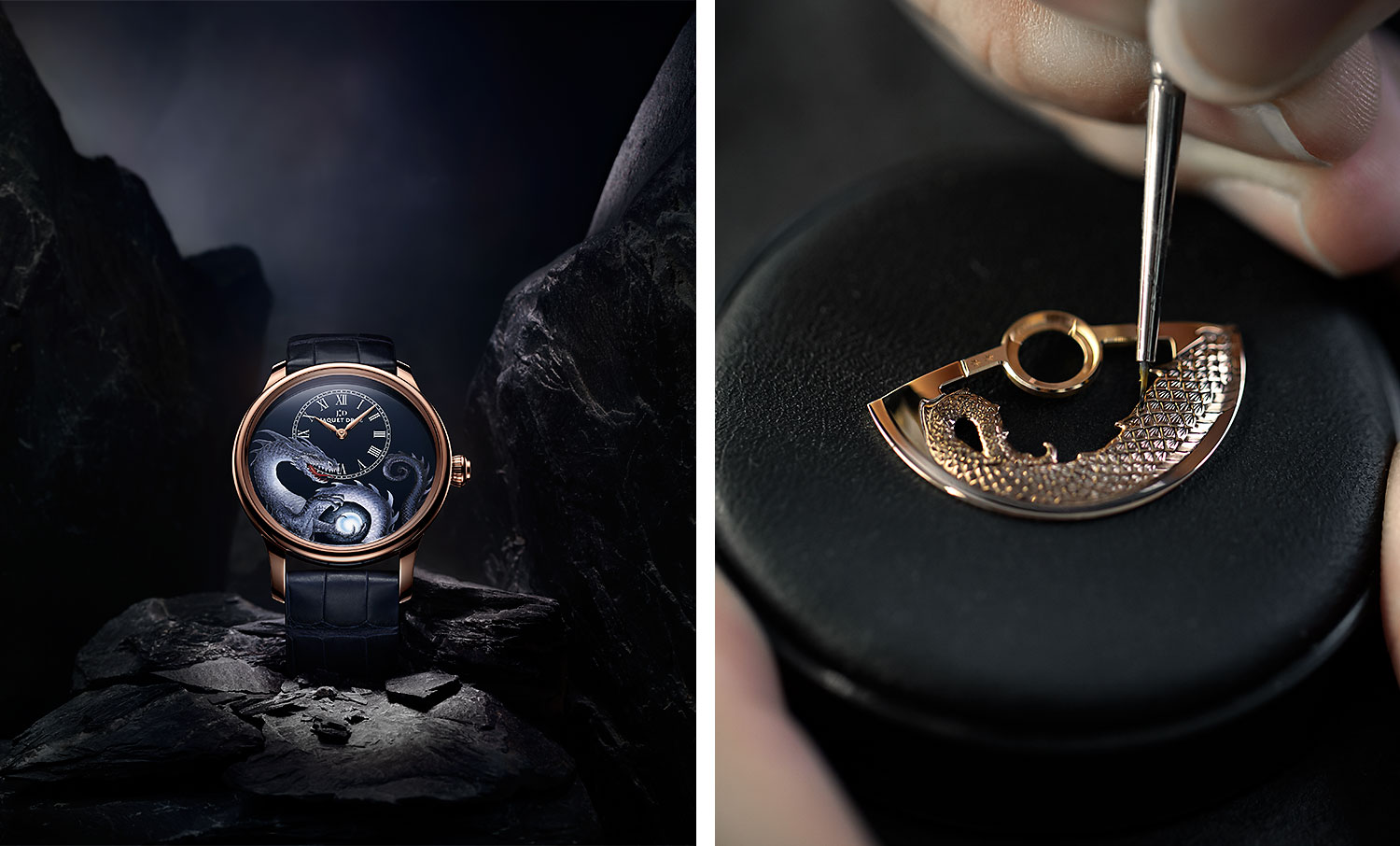 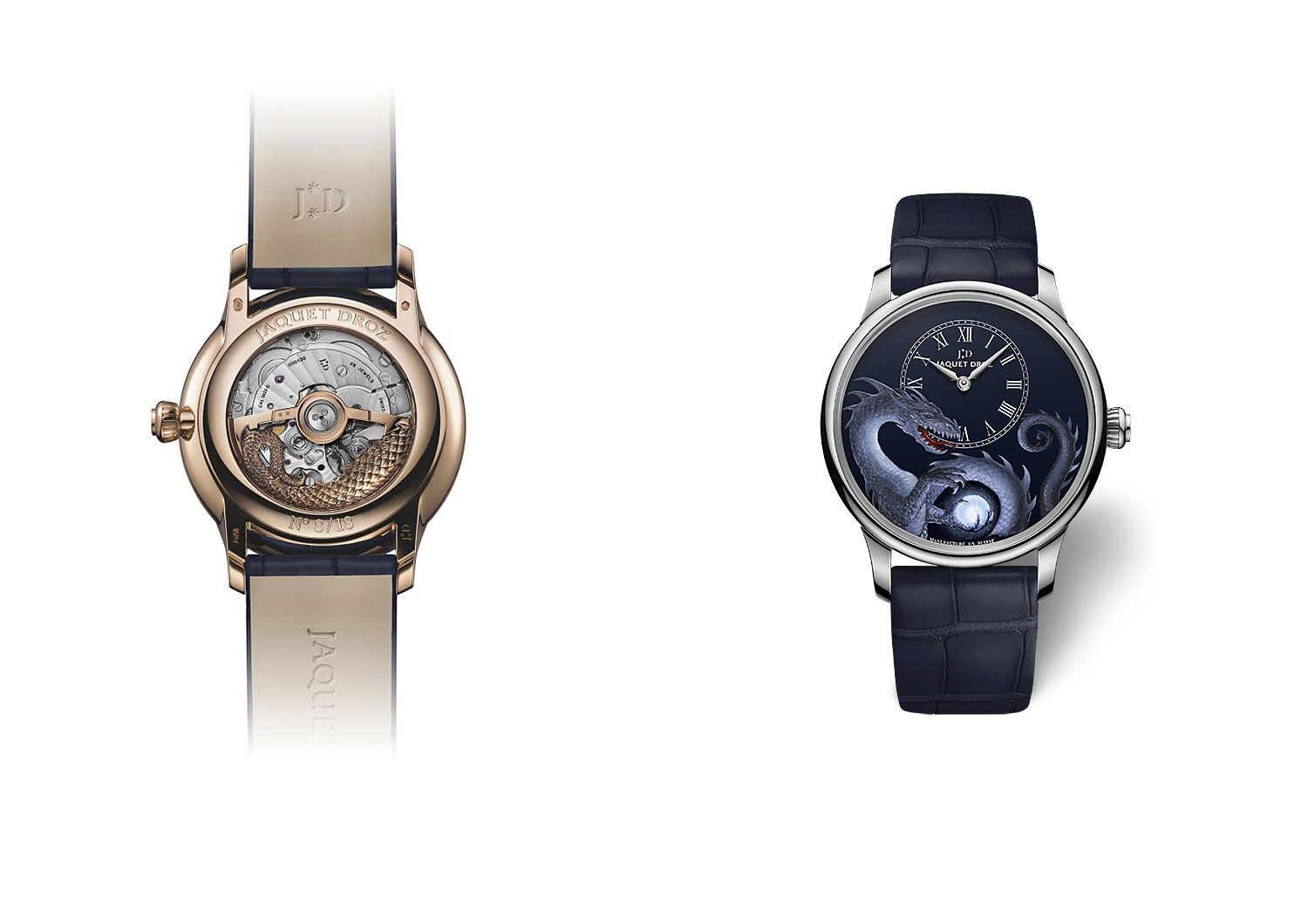