Blasts from the past
Life
Social & Lifestyle

Blasts from the past

Relive the decades gone by at these places

The world moves in a circle around the sun and that, perhaps, explains why trends from decades ago are always doing the rounds. It doesn't matter which decade you were born in, each one had its own exciting new technology, trendy fashions, memorable toys, movies and music -- all of which can be looked back on with fondness. Guru has selected a few places to get your nostalgia going. 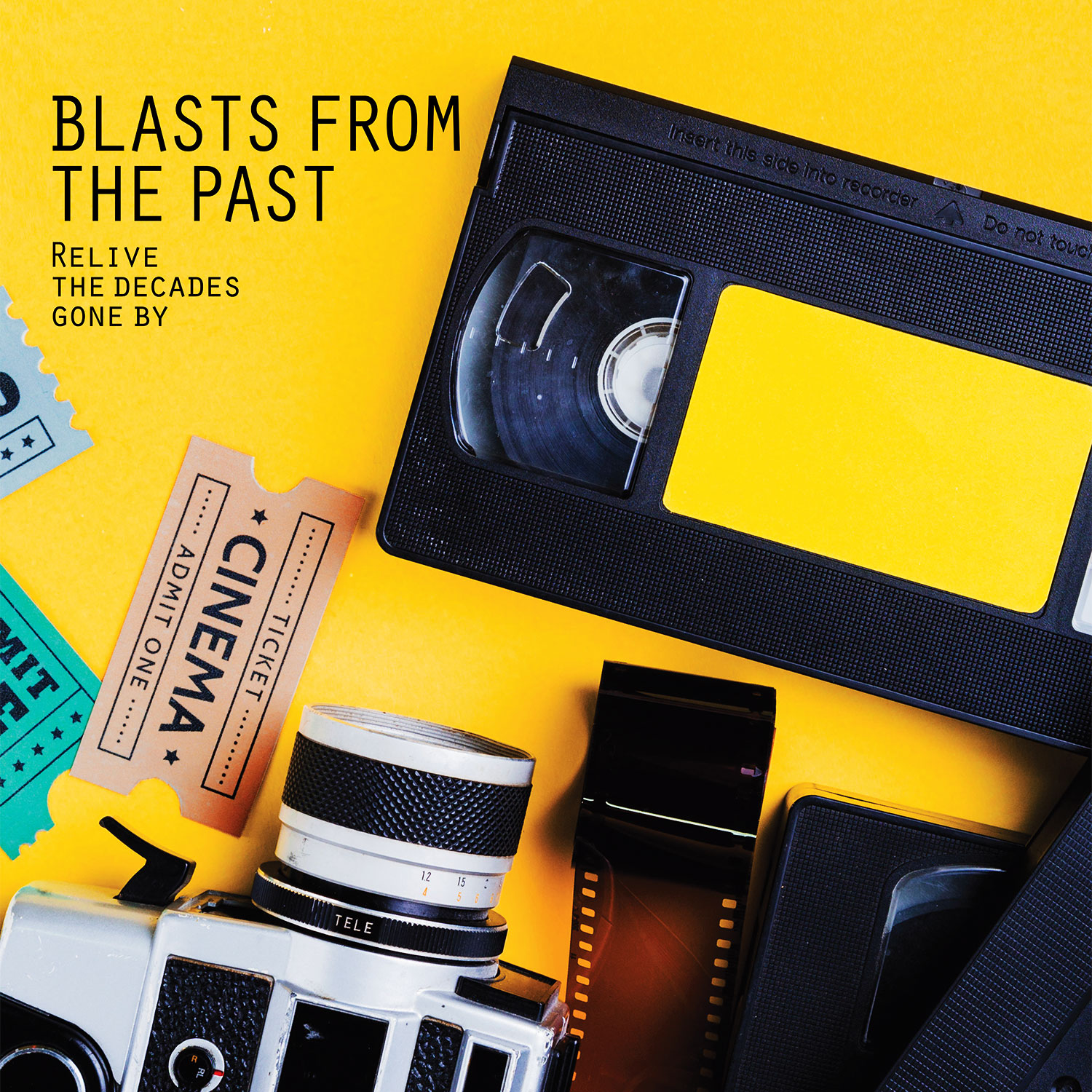 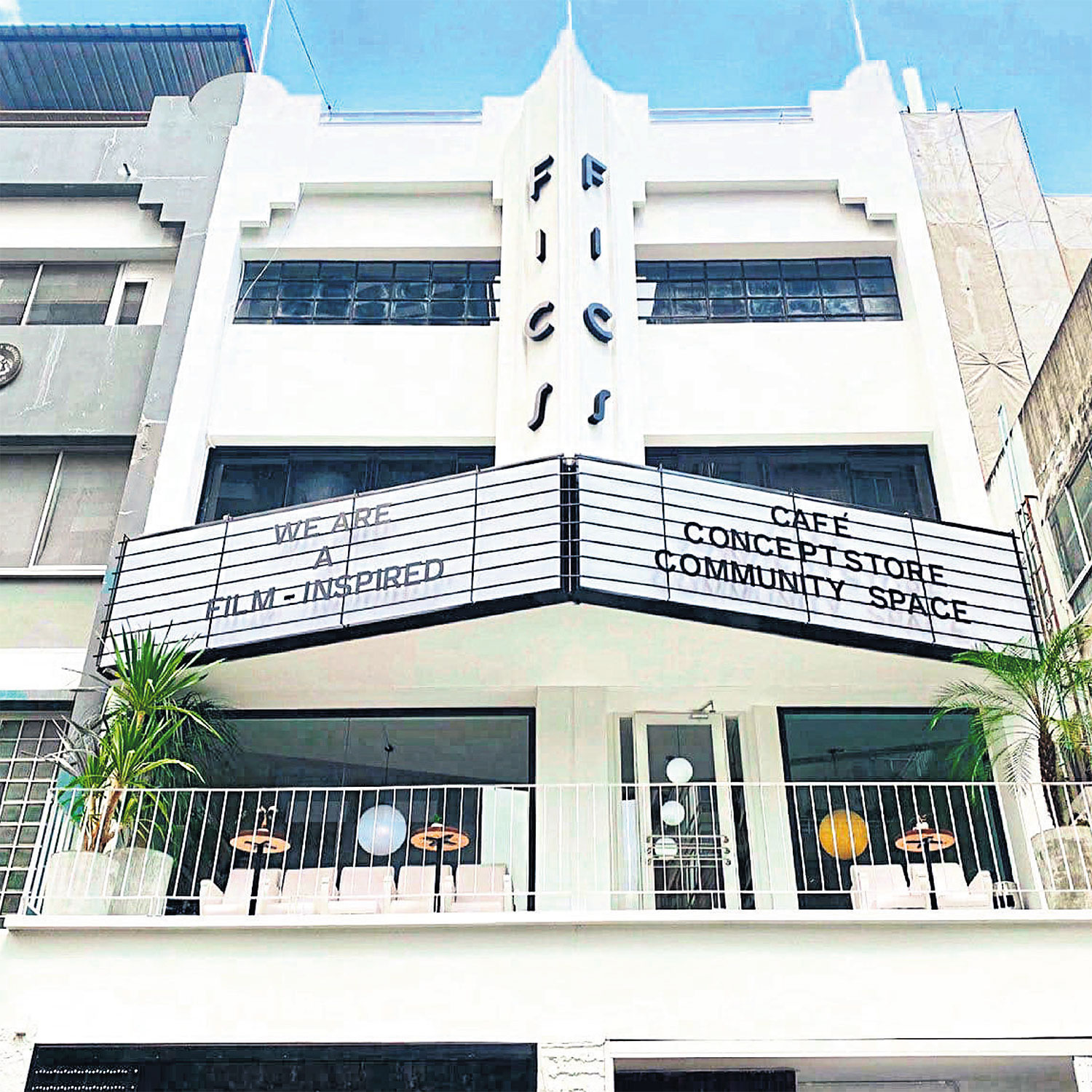 The marquee on the white building on Sukhumvit 31 reads, "We are a film-inspired cafe, concept store, community space" and that pretty much sums up FICS. This four-floor building is loaded with film-related stuff. The beautiful exterior is captivating, reminiscing of a standalone cinema, unlike today when all cinemas would be located inside malls. The first thing you will notice as you walk towards FICS is a Photoautomat booth by Sculpturebangkok, allowing Amélie's fans to take candid shots or leave them for Nino's scrapbook. On the first floor, the OFTR Bar is decorated in modern art mixed with details from a cinema lobby, such as round box-office lights hanging from the ceiling, classic posters on the wall and rows of cinema chairs (actual seats from Scala Theatre) sitting by the entrance. The second floor houses a cafe and store, where film-inspired drinks and souvenirs are sold, along with a VHS corner. The highlight is on the third floor and is known as the Poster District, which is a space for movie posters. This is also a marketplace for serious poster traders and offer a variety of classic to modern film posters. FICS is open daily from 7.30am-5.30pm. 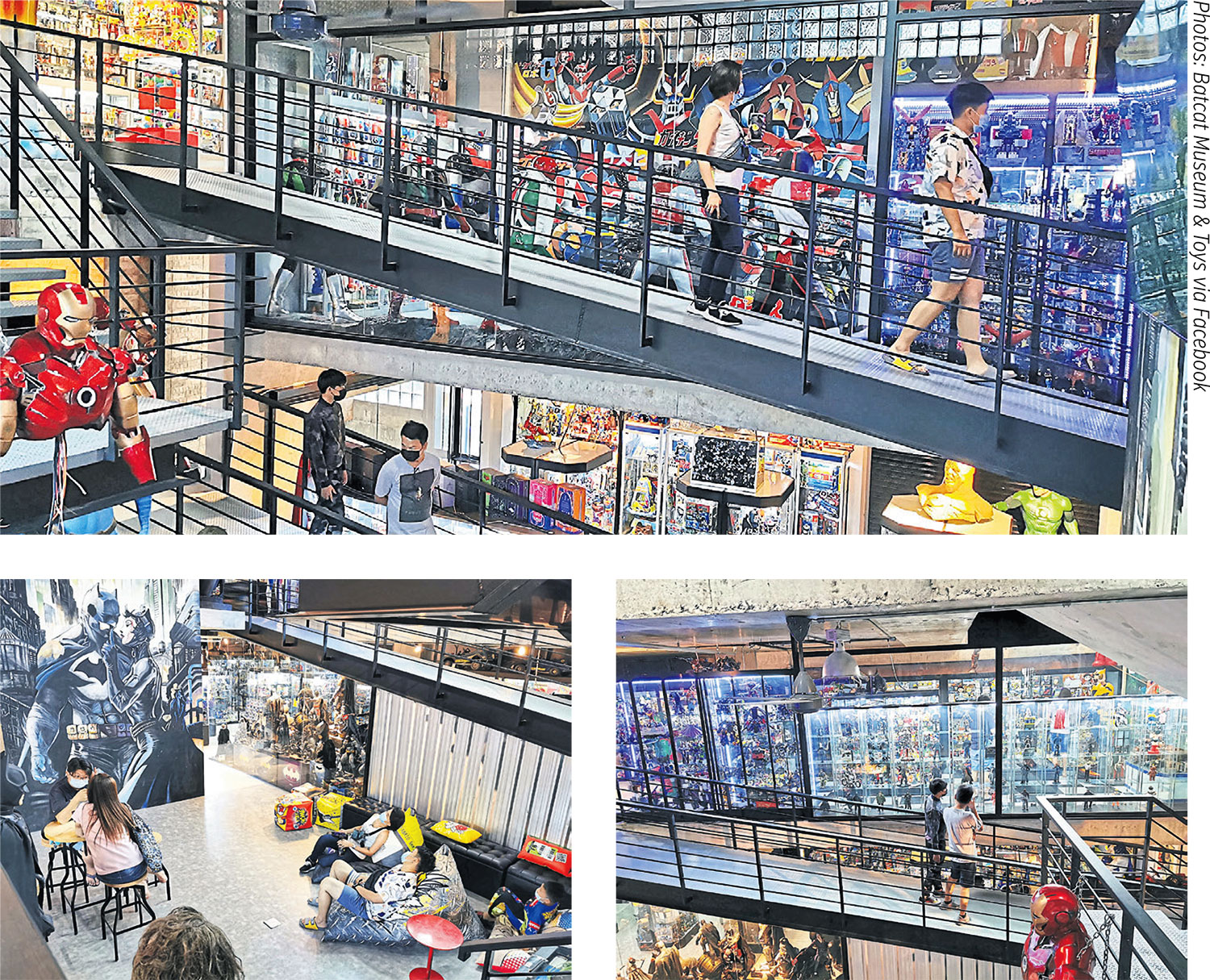 Hidden on Ramkhamhaeng 14, the Batcat Museum & Toys is a favourite with Batmaniacs and figure collectors. After being closed for two years for renovations and expansion, Batcat has reopened with five distinctive zones. Batcave, DC World, Marvel Universe, Japanese figures and iconic toys from films, and futuristic- and robotic-themed toys. The cave is the passion project of Batman fanboy Somchay "Dang" Nitimongcolchai, who is recognised as the biggest Batman merchandise collector in the Asia-Pacific region. His Batman collection goes from the Adam West era to the Ben Affleck era, and includes costumes, weapons and even a life-size Batmobile! (No, we don't know who you will have to sleep with to get a ride in it!). Besides Master Wayne memorabilia, Dang also has more than 60,000 figures from movies, cartoons, TV shows, comics and anime, some of which are rare and priceless. While you're visiting the museum, don't forget to check out the superhero-inspired cafe. BatBaRang Cafe sells food, drink and souvenirs. Entry into the bat cave comes at the extremely affordable price of B100 for adults and B50 for kids. Open Friday to Sunday from 9am-5pm. 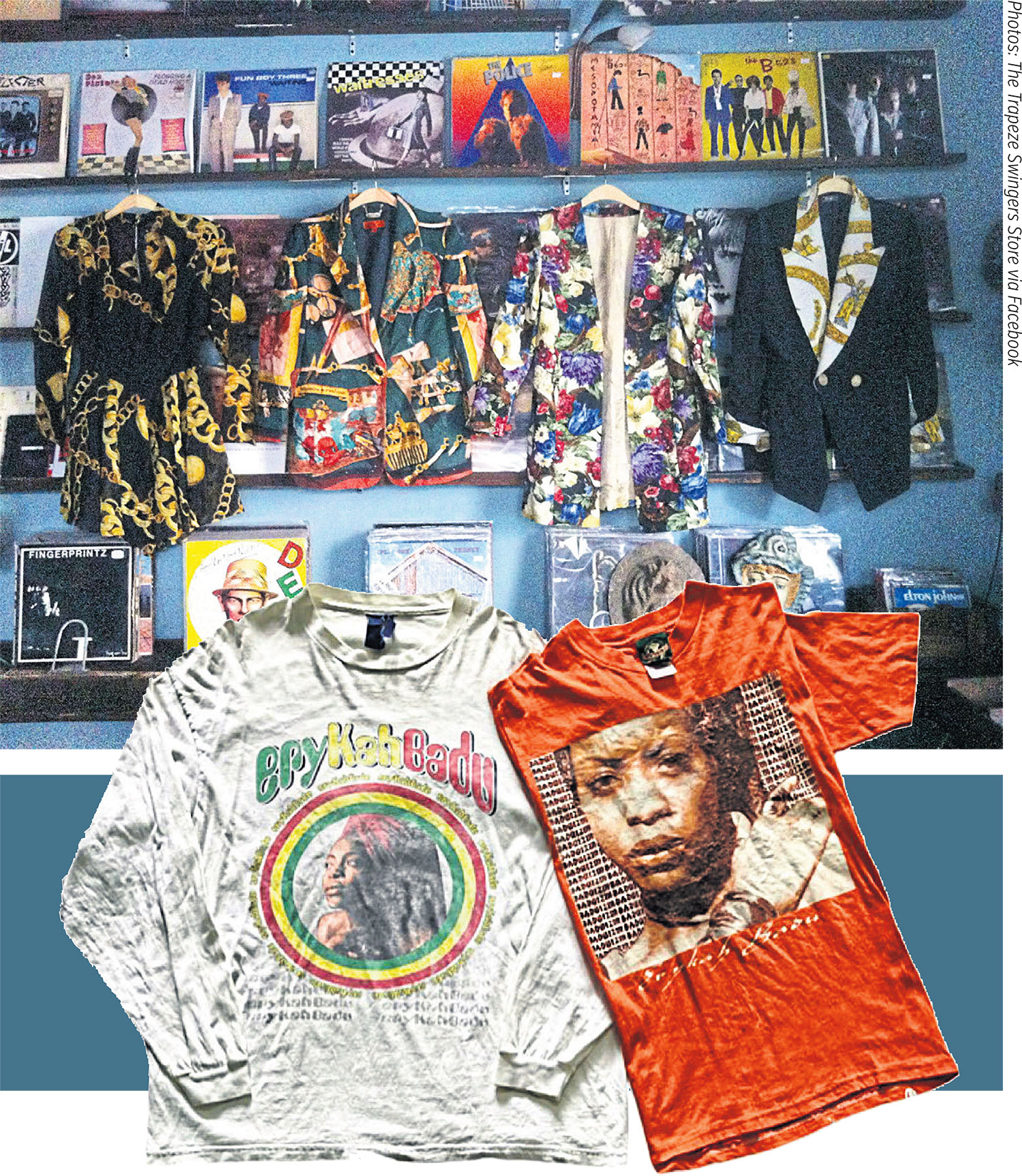 If you're looking for vintage dresses or T-shirts, The Trapeze Swingers Store is it. Nestled in a small alley on Chana Songkram, off Phra Athit Road, this two-storey store is a vintage favourite for men and women. A treasure trove packed with clothing, sneakers and accessories of the decades gone by. Expect a range from classic cotton/polyester tees (especially those featuring music bands and artists), wallet-friendly faded jeans, old-school sneakers to snazzy dresses and vintage brass accessories from high-end fashion labels. Visit by appointment only.

Given the rise of analogue trend of film camera, we aren't surprised why hipster Charoen Krung has many film shops and film development labs for shutterbugs to drop by. Analogue never dies, we guess. A must-visit is the three-storyed Fotoclub BKK, a one-stop film community space located on the corner of Charoen Krung 32. Fotoclub was founded by a passionate group of friends who have a common interest -- the clicking sound of a film camera. They aim to create a club that gathers film enthusiasts by hosting in-house workshops and photo walks. A faux concrete room on the first floor has been installed with wooden shelves and glass cabinets showcasing a variety of film rolls, cameras and accessories along with photo books. They also offer a film development and scan service for colour at B150 per roll and black and white for B200 per roll. The second floor func 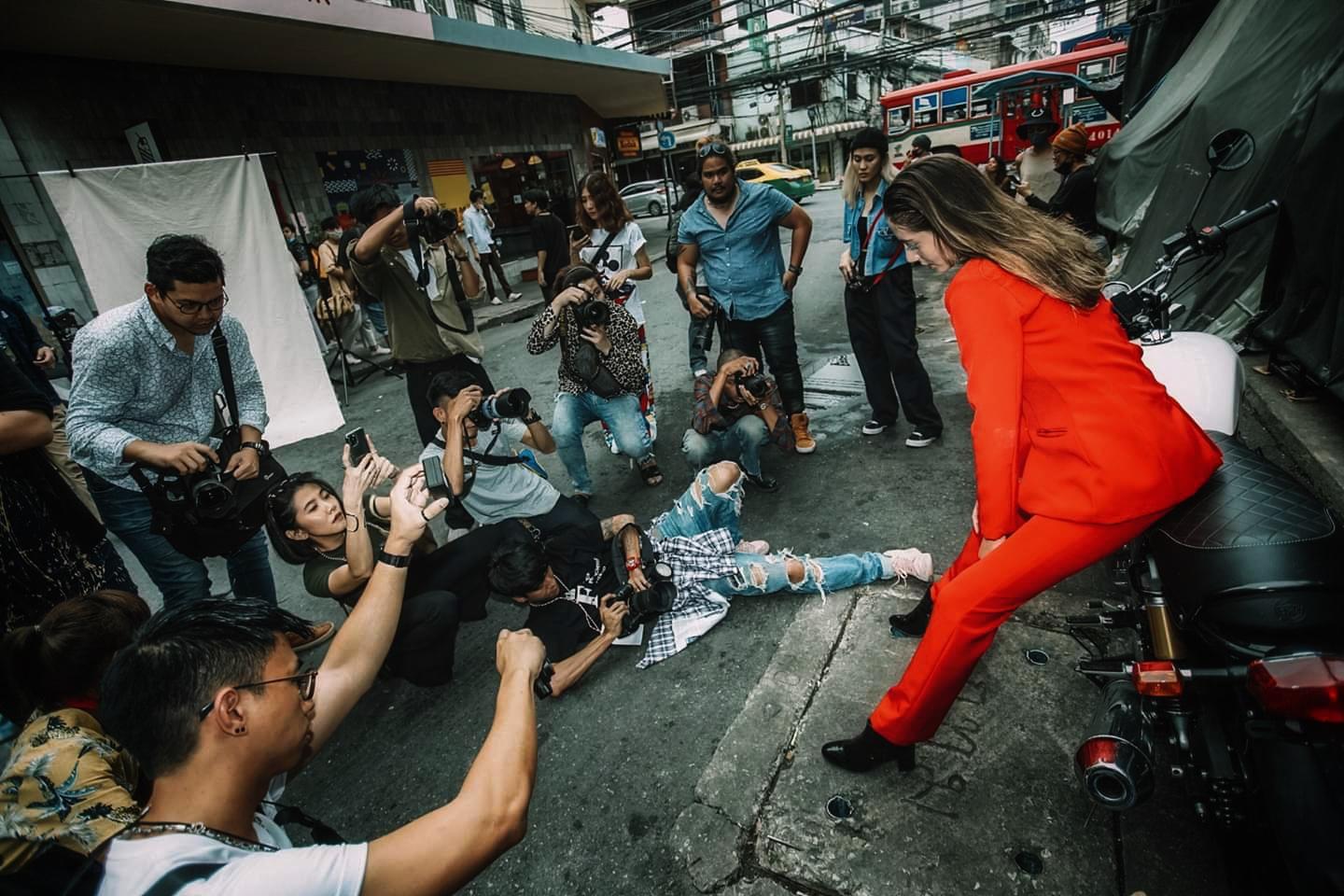 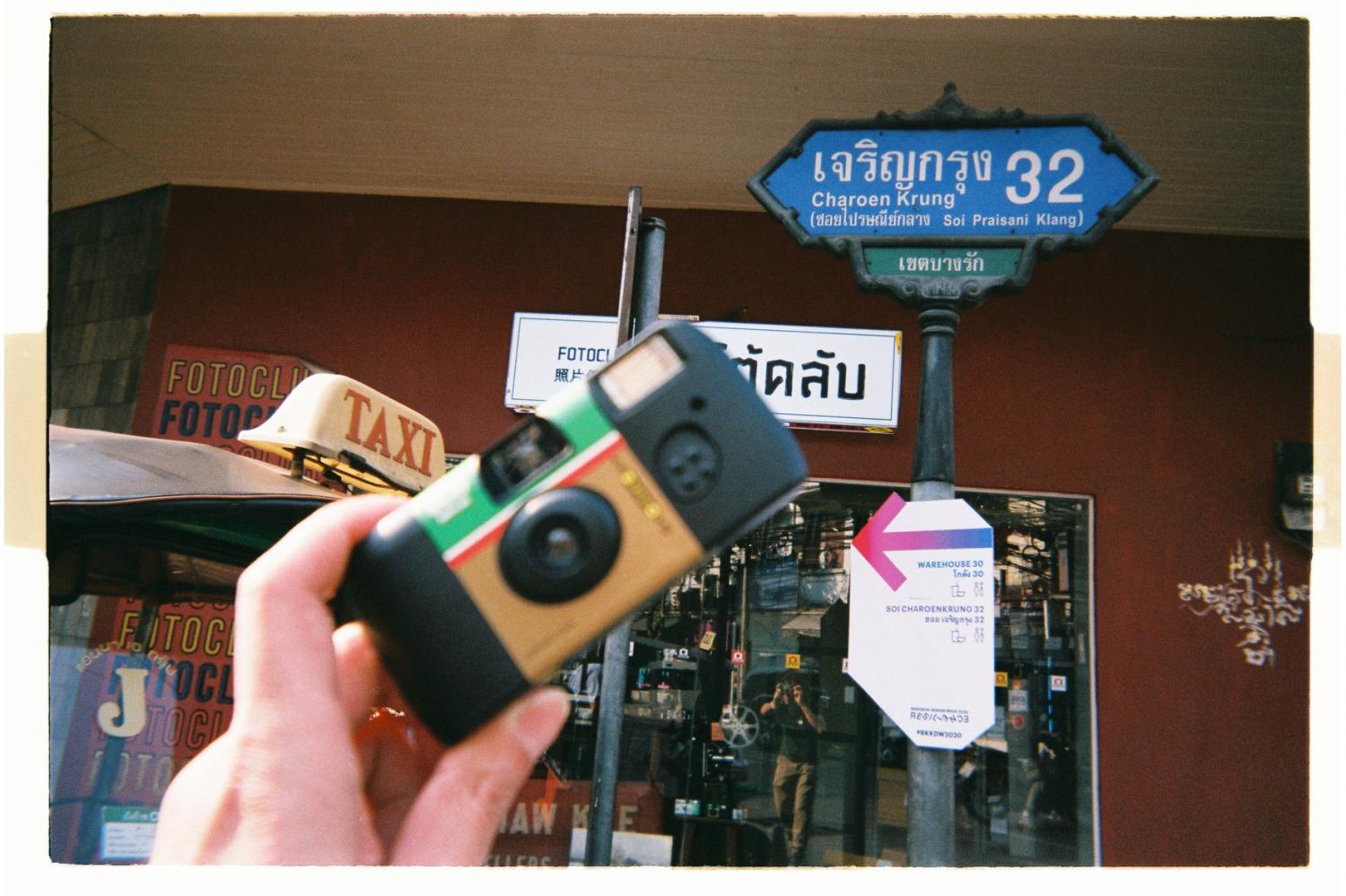 tions as a darkroom, while the third floor hosts occasional workshops and doubles up as a photo gallery. Open daily from 11am-8pm. 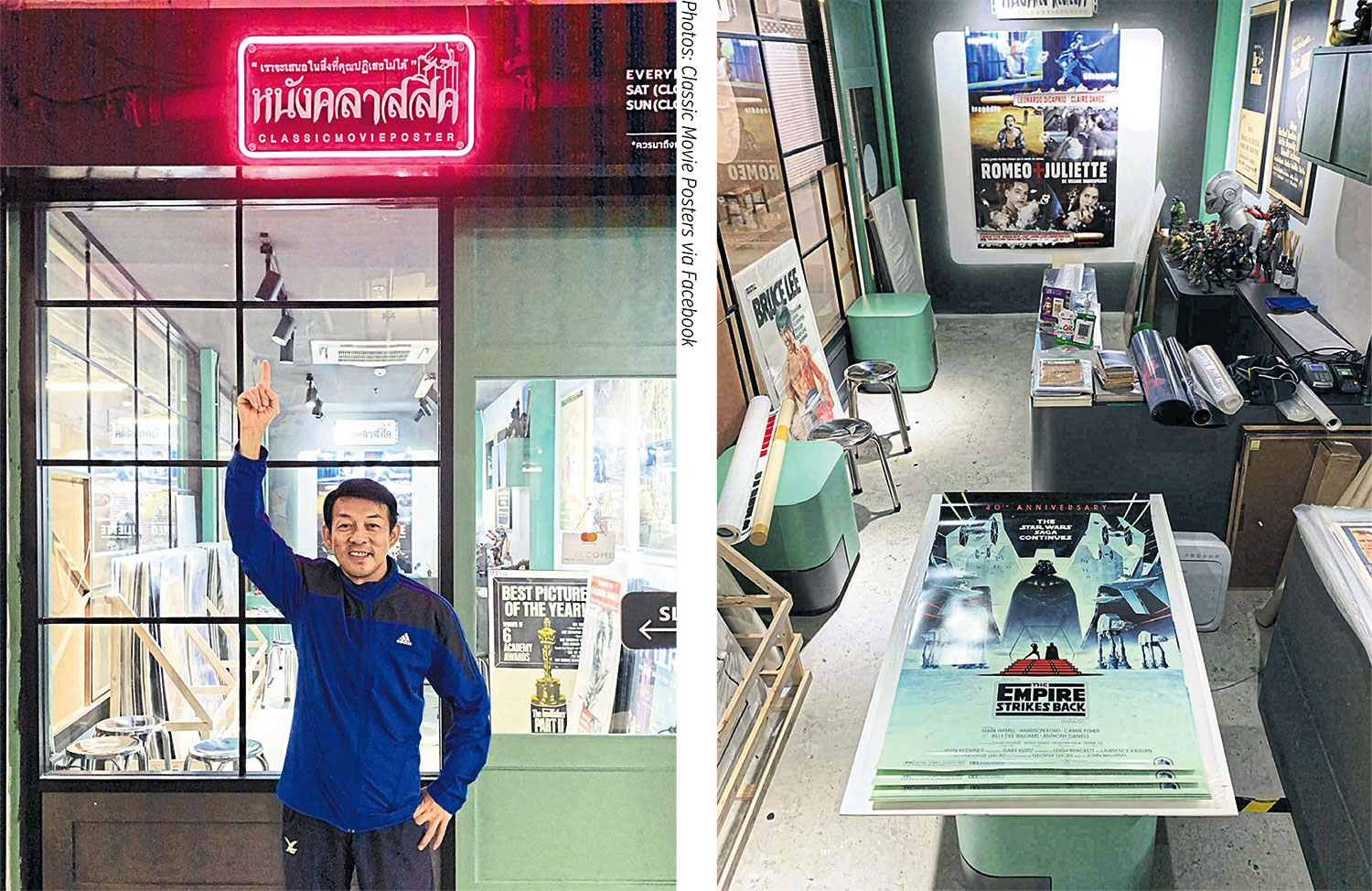 Situated for more than two decades at the old and new Lido on Rama I Road, this long-standing Classic Movie Posters shop specialises in genuine and highly collectible movie posters from the 70s to today's blockbusters. These posters might be neglected and seen as just an advertisement for movies, but not on this guy's watch. Santi "Ti" Tuntipantarux, the man behind the poster shop, turned his passion into a career. He has collected posters since he was a kid. His customers come from different parts of the world (pre-Covid, obvi) but chase the same passion -- movie posters. To him, this one-unit store isn't just a marketplace, it is more like a spot for cinephiles to meet and share anecdotes about their favourite movies. His collections range from Hollywood to Thai film posters, from the first Godfather, Star Wars, Disney animations to Parasite and How-To-Ting (Happy Old Year). Aside from the rarity and limited print of these posters, there are also Thai versions of movie posters of some of the foreign classics which were hand-painted back when a sophisticated printer or a scanner didn't exist and recreation was necessary. And that is why Thai version posters are as good as gold. Open weekday from 2pm to 8pm. Close at 7.30pm on Sat and at 7pm on Sun. An appointment must be made in advance. 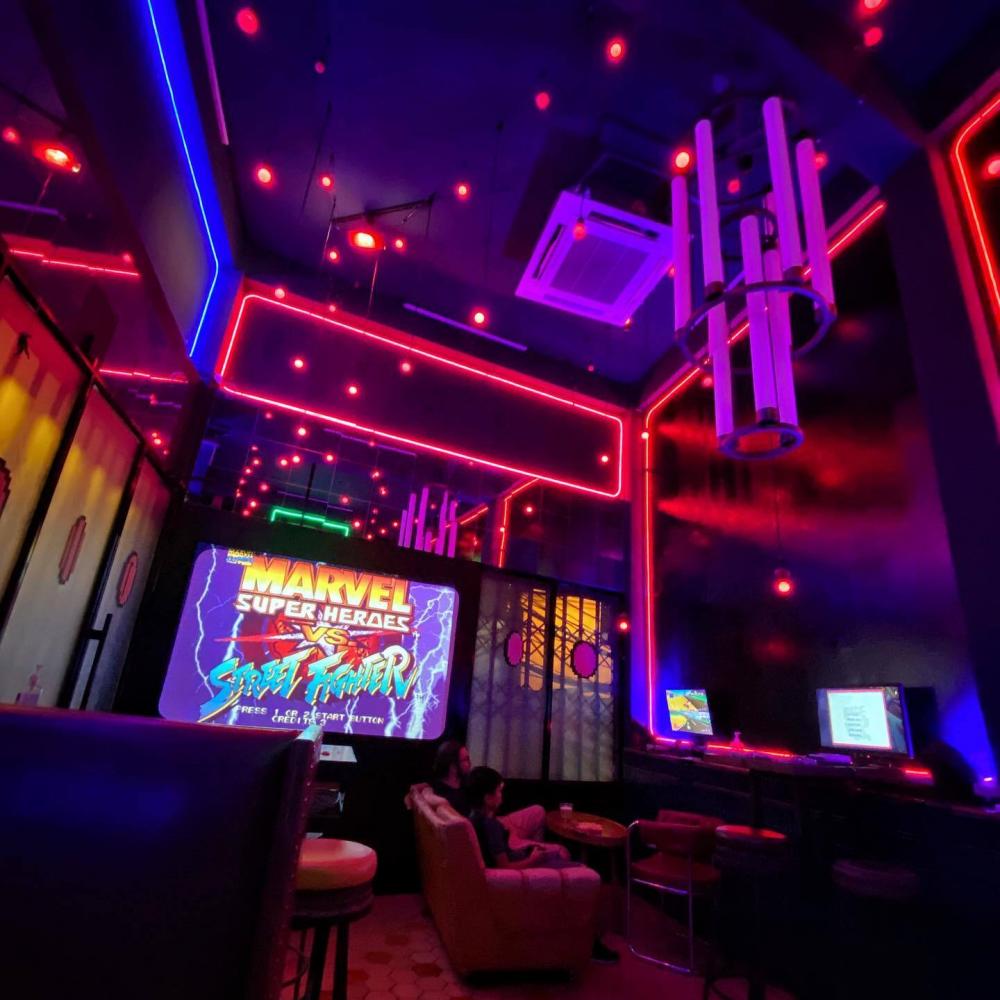 100-Bit Barcade is offering a judgement-free space where adults can unleash their inner-child. Located on Chareon Krung 31, this evocative building gives off retro vibes of the golden years of arcade video games. Super Mario Bros detailing and a Delorean time machine from Back To The Future in an eight-bit aesthetic are on the exterior wall to catch all the 90s kids' eyes. The interiors carry you away to the spacey arcade realm, which features neon-light installation, retro diner sofa booths and stools, a balcony DJ booth and wooden bar. Three arcades, four console stations and one "beercade" are installed for gaming geeks to play till they drop. Expect nostalgia-filled gaming from Bomberman, MarioKart, Space Invaders, Tekken, Donkey Kong, Pac-Man, Street Fighter and hundreds more.

This place is also a house for Pappy's, which serves loaded Chicago-style hot dogs, milkshakes and ice cream floats. A Chicago-style beef dog (B180 per set) is a poppy seed bun with a beef sausage, fresh tomato, sport peppers, diced-onion and pickle spears. Celery salt and yellow mustard add some serious kick. Their sausages are homemade. Hot dogs, milkshakes and gaming make a great combo for a casual fun evening. Open Tue to Sat from 11am-9pm.