It was during the early hours of July 5 when a chemical factory in Samut Prakan went up in flames after an explosion damaged nearby homes and property.

The fire affected at least 80,000 people and killed one firefighter and injured 40 others.

Navigating her way through the damage, Praepilai Junpromsuk and her husband felt relieved to find their library intact after the nightmarish explosion at the Ming Dih Chemical Company in Bang Phli district. Their home is only 500m away from the Taiwanese-owned chemical factory, which they never knew existed.

"The meteorite-like bang jolted me awake. I found my roof ripped off and saw a large cloud of black smoke. The blast shattered glass downstairs. Nobody knew what was going on. We packed our stuff and left the area at 3.40am," she told the Bangkok Post.

It was not until 9am that officials ordered the evacuation of residents within a 5km radius. It took firefighters over 24 hours to extinguish the flame as authorities announced that fire had been put out before dawn on July 6, however, the fire reignited in the evening. The next day, officials only allowed residents outside the 1km radius to return home.

Praepilai said they are staying in a hotel as their house is being repaired. However, she can still smell the lingering toxic chemicals. In wake of this disaster, she said their lives are hanging by a thread and this could happen to anybody.

"When the dust settles, we plan to move out. Our parents have asked us to relocate to Tak for our safety," she said.

However, those who remain here will feel the effects for some time. Four kilometres away from the epicentre of the explosion, Somkid Chaijitvanit lives with her parents and dogs. Their house did not suffer any damage but the pall of black smoke hung over their area. When they returned home, they knew it is not the same. She fears that the toxic chemicals will have contaminated the environment, including her garden.

"The wind carries a burning smell. My sisters are allergic to rainwater and I have removed all the trees and decided not to plant anything for six months. I don't dare to use the water too," she said.

In 1989, the factory was built in the purple zone for industrial activities. However, in 2009, the area was turned into a red zone for commercial and residential purposes but the factory continued to operate until the explosion. The Industry Ministry has told the company to relocate to an industrial estate. 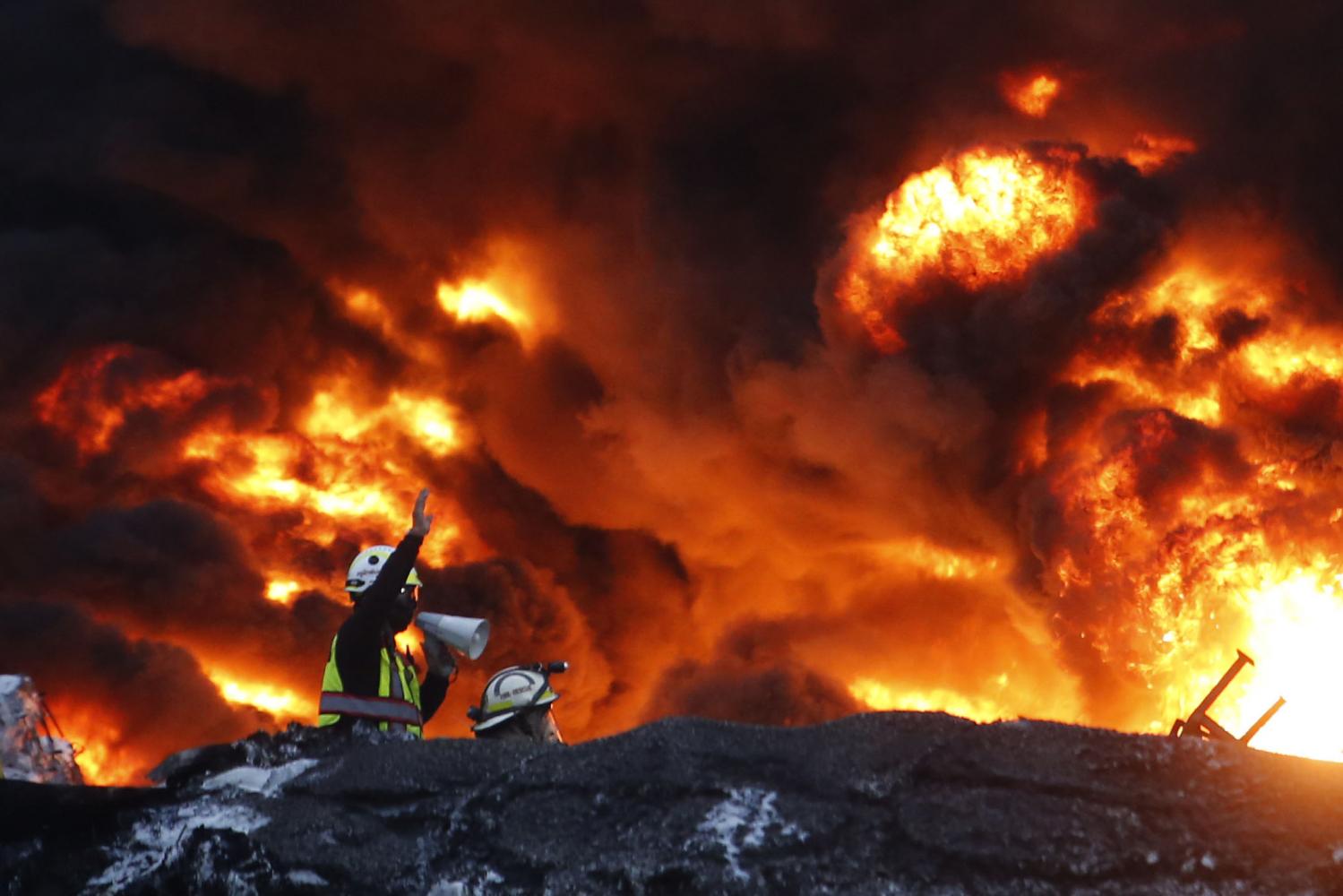 Managing the risk of chemical fallout

Assoc Prof Weerachai Phutdhawong, a chemistry lecturer at Kasetsart University's Faculty of Liberal Arts and Science, said the factory had three types of chemicals on its premises; styrene monomer used to produce expandable polystyrene foam, organic solvents such as toluene and carbon tetrachloride, and pentane.

"The tank of styrene monomer often leaked and residents had filed complaints about the smell for two years. It is pungent and flammable at low temperatures. However, the blast was possibly caused by the explosion of the pentane tank," he said.

The Pollution Control Department said officials are removing the styrene monomer from the fire-gutted factory for safe disposal. As of July 11, it was not detected within a radius of one to 2km and the air quality was found to be at a safe level.

He said toxic chemicals will fade over the years but the community should relocate to other areas temporarily because of the risk of cancer. His team has collected soil and water samples within a 2.5km radius to study the amount of chemical residue in the environment.

"I advise locals to have check-ups and sue state officials and the factory for dereliction of duty," he said.

Sonthi Kotchawat, an environmental expert, said the burning of styrene monomer gives off carcinogens such as benzene and polycyclic aromatic hydrocarbons, which can spread to homes within a radius of 1 to 2km. The government must provide firefighters, community residents, and field reporters with regular checkups and screen them for leukaemia and lymphoma.

"Toxic chemicals can contaminate the soil and water. Although styrene monomer can evaporate and decompose, its derivatives such as formaldehyde and benzene can accumulate in rivers. Don't eat fish at least for one month. Clean up first," he said.

When asked about compensation, he said the factory had bought insurance cover of 25 million baht for external parties but Taiwan assured that it will take responsibility for damages. In fact, the Department of Industrial Works should order chemical factories near communities to take out an insurance cover for the environment and people's health. Otherwise, residents will have to sue polluters, which could take up to 10 years.

"The US enforces this rule. Insurance companies take the trouble to introduce safety measures in factories. In the Philippines, high-risk plants are required to contribute to the environmental guarantee fund," he said.

He said the government should amend the 1992 Environmental Act to allow the use of its fund for clean-ups and damages because currently, it is being used for local waste treatment. Moreover, it should set up a checks and balances system. In the US, state agencies ensure that factory operators meet standards but the Environmental Protection Agency also monitors pollution for public health.

"It should also establish an environmental court and authorise the Pollution Control Department to sue polluters on behalf of the public," he said.

Supaporn Malailoy, manager for EnLAW, an environmental foundation, said legal battles are a painstaking process, citing the explosion of chemical warehouses at Bangkok's Klong Toey Port and the improper storage of Cobalt-60 in Samut Prakan.

"We helped victims [of radiation] seek medical evidence from doctors to determine the health impact and damages. I think access to justice is fraught with problems. I have not thought about the environmental court but there should be an overall improvement in considering environmental cases," she said. 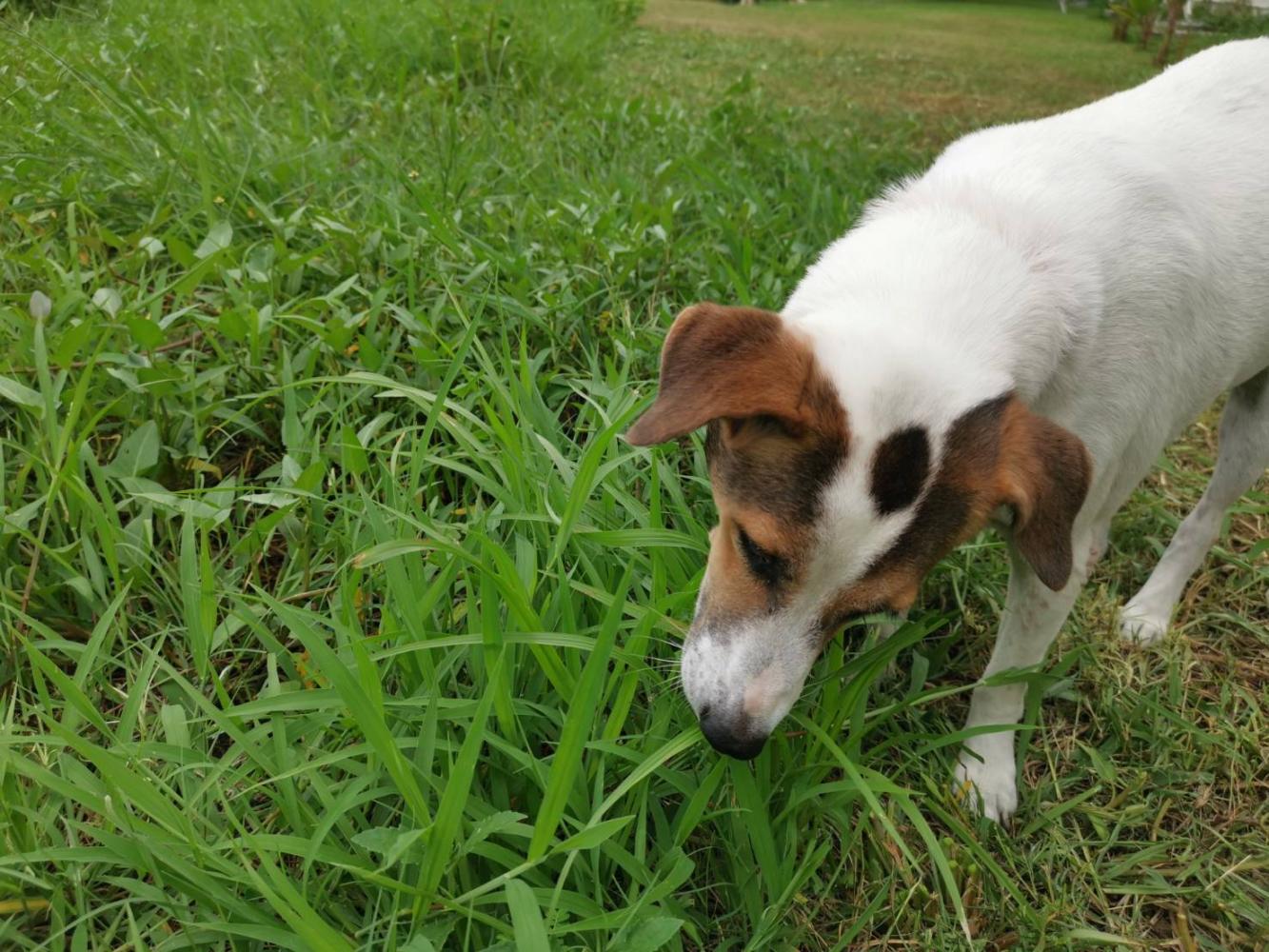 Somkid Chaijitvanit fails to stop her dog from eating grass in her garden out of concern over chemical fallout in the wake of the factory explosion.

The Move Forward Party submitted the draft bill on pollutant release and transfer register to parliament late last year. It was deemed to incur expenses even though the party insisted that it is the duty of the Pollution Control Department. Last month, Prime Minister Prayut Chan-o-cha took it off the table without giving any reason.

Sirikanya Tansakul, deputy leader of the Move Forward Party, said the draft law will require polluters to report the possession, transfer, and emission of chemicals to the Pollution Control Department. Authorities will publish data on websites that residents can access to ensure that they are fully informed of nearby plants and potential risks.

"In fact, it will protect factory owners from false accusations because pollution is traceable. It will also help state agencies prepare for emergencies and insurance companies give accurate coverage," she said.

She said the party and environmental groups will ask the public to sign a petition for the draft bill in the hope that the premier will reconsider it in the wake of the explosion. However, it will run parallel to an amendment to the 1992 Environmental Act proposed by the Pollution Control Department, which seeks to revise only one section to cover pollutant release and transfer register. Moreover, the party plans to amend the 2019 Factory Act that waives the renewal system of factory permits and allows operators to report to third parties in a self-declaration system.

"It has been too lax. Under this scheme, state agencies can't monitor factories," she said.