In the late 80s to mid-90s, if you were looking for an action star who could kick butt, you were probably looking at Jean-Claude Van Damme whose movies like Bloodsport (1988), Kickboxer (1989), Double Impact (1991) Universal Soldier (1992), Hard Target (1993) and Maximum Risk (1996) were among martial arts action favourites. Now in his 60s, the man is back with this action-packed French parody The Last Mercenary about a secret agent-turned-mercenary who comes out of hiding in order to protect his son from being assassinated.

Written and directed by David Charhon, The Last Mercenary stars Van Damme as Richard Brumère, aka The Mist, a former French special agent-turned-mercenary, who urgently returns to France after 25 years when his son Archibald (Samir Decazza) is falsely accused of arms and drug trafficking following a blunder by an overzealous bureaucrat and a mafia operation. To save him, Richard reaches out to his old contacts and teams up with a bunch of reckless youngsters and an offbeat bureaucrat to make this impossible mission possible. He also needs to find the courage to let his estranged son know that he is his biological father.

The Last Mercenary was destined to divide film critics and its audiences whether you're a long time fan or completely new to Van Damme's work. This movie has a lot of crazy martial arts action scenes with loads of slapstick humour, both intentional and unintentional. But if this movie is judged on those merits alone, then it does quite a decent job overall. Gun fights, car chases and martial arts fight sequences are quite well choreographed and show off Van Damme's skills and athleticism. At 61, he is still super flexible and able to perform all those crazy moves. The hand-to-hand combat is quick and fun to watch. 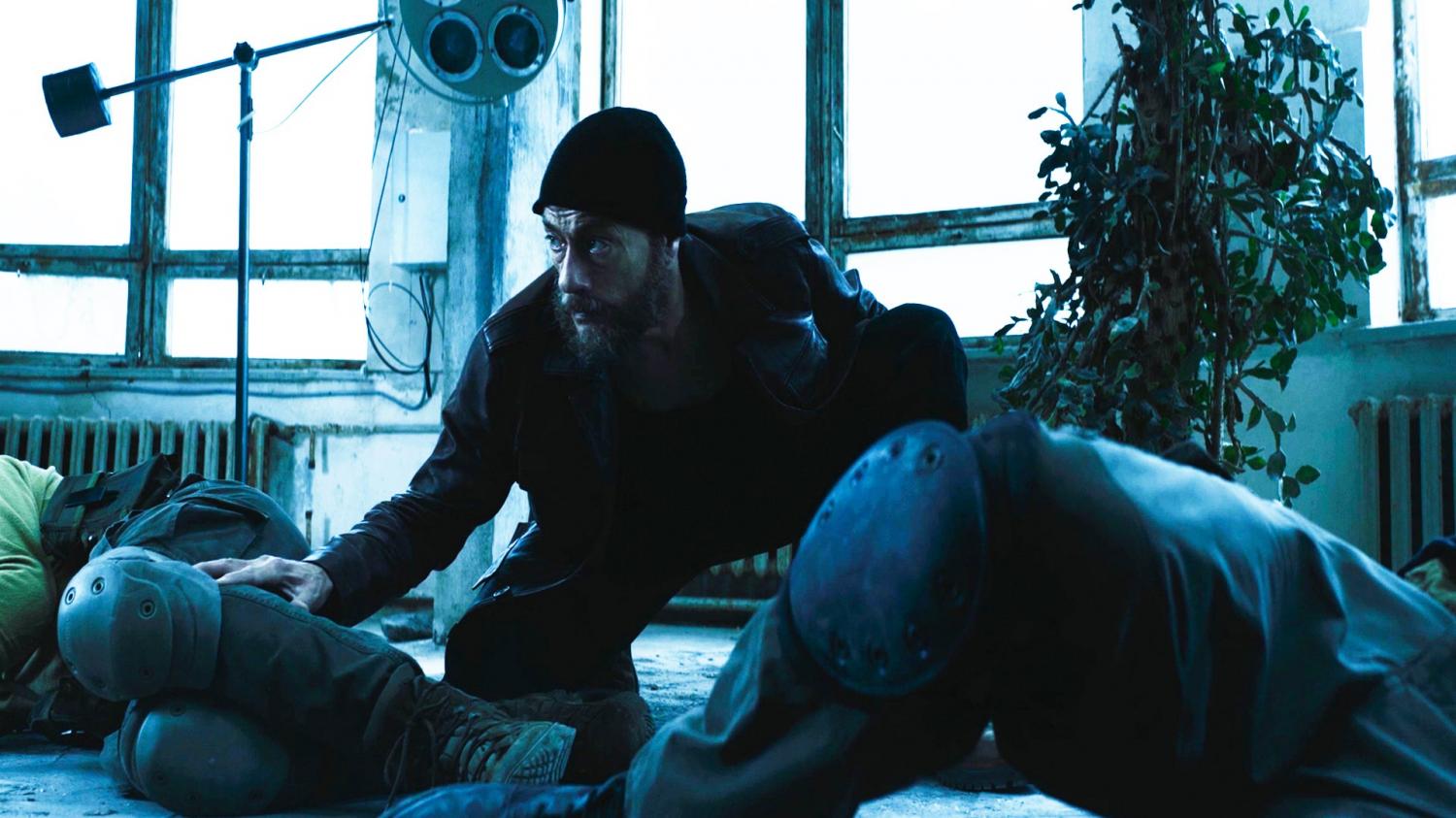 Since the film is one part comedy and one part action, you're not really supposed to take it all that seriously, even though there were a few elements in it that were a bit excessive. I enjoyed the more understated moments of humour. A few examples involve some slight easter egg references to Van Damme's older movies, like a background movie poster for Bloodsport, and his character makes a cheeky comment that left me grinning from ear to ear. It's refreshing to see Van Damme in a comic role, especially when he's willing to look silly as his character dresses in strange outfits as disguises while doing his stunts. This reminded me of Jackie Chan who employs a lot of humour (and stunt doubles) in his films to make it a fun and exciting experience -- and I think Van Damme manages the same.

I think the filmmakers did a great job enhancing the background for Brumère. Because some of Van Damme's previous movies often lacked character development, I didn't expect much going into this movie. But I found myself surprised at the amount of depth given to his character's family history. I also liked the odd relationship between Richard and Archibald, which becomes a deep and moving subplot. The supporting cast brings some good and awkward humour to the narrative. Actors like Decazza, Djimo, Alban Ivanov and Assa Sylla get to play up their silliness in most of their scenes, which the audience has to be prepared for going into this movie. Fortunately the action helps offset the silliness, and is definitely where the movie shines the most. Overall, The Last Mercenary is a formulaic but enjoyable action comedy. If you aren't expecting a serious action Bloodsport type of film and don't mind some nonsense narration, this isn't a terrible waste of an hour and 50 minutes. The film provides a bit of late century nostalgia with a classic martial arts star delivering snappy roundhouse kicks, and completely free of seriousness. Just turn off your brain and be entertained.

Exhibition places trauma of current events in the spotlight