How Omega played a part in Panipak Wongpattanakit's Olympic glory

By a final score of 11-10, Panipak Wongpattanakit defeated Adriana Cerezo Iglesias to win an Olympic gold medal in the women's under-49kg taekwondo competition at Tokyo 2020. From head to toe, the Thai and Spanish athletes wore Omega sensors installed in their helmets, vests, gloves and socks, in order to gather data on pressure and strikes.

Sent to Omega's technical table, the information was used for the judge's decisions and scoreboard read-outs. The Official Timekeeper also provided video screens and scoreboards, including smaller scoreboards on the field of play or mat.

"The Olympic Games is about sports, and sports is about results. Without Omega, there are no results," said Thomas Bach, president of the International Olympic Committee.

The Swiss watchmaker employs various technologies not only to determine the results but also to measure athletes' performance. 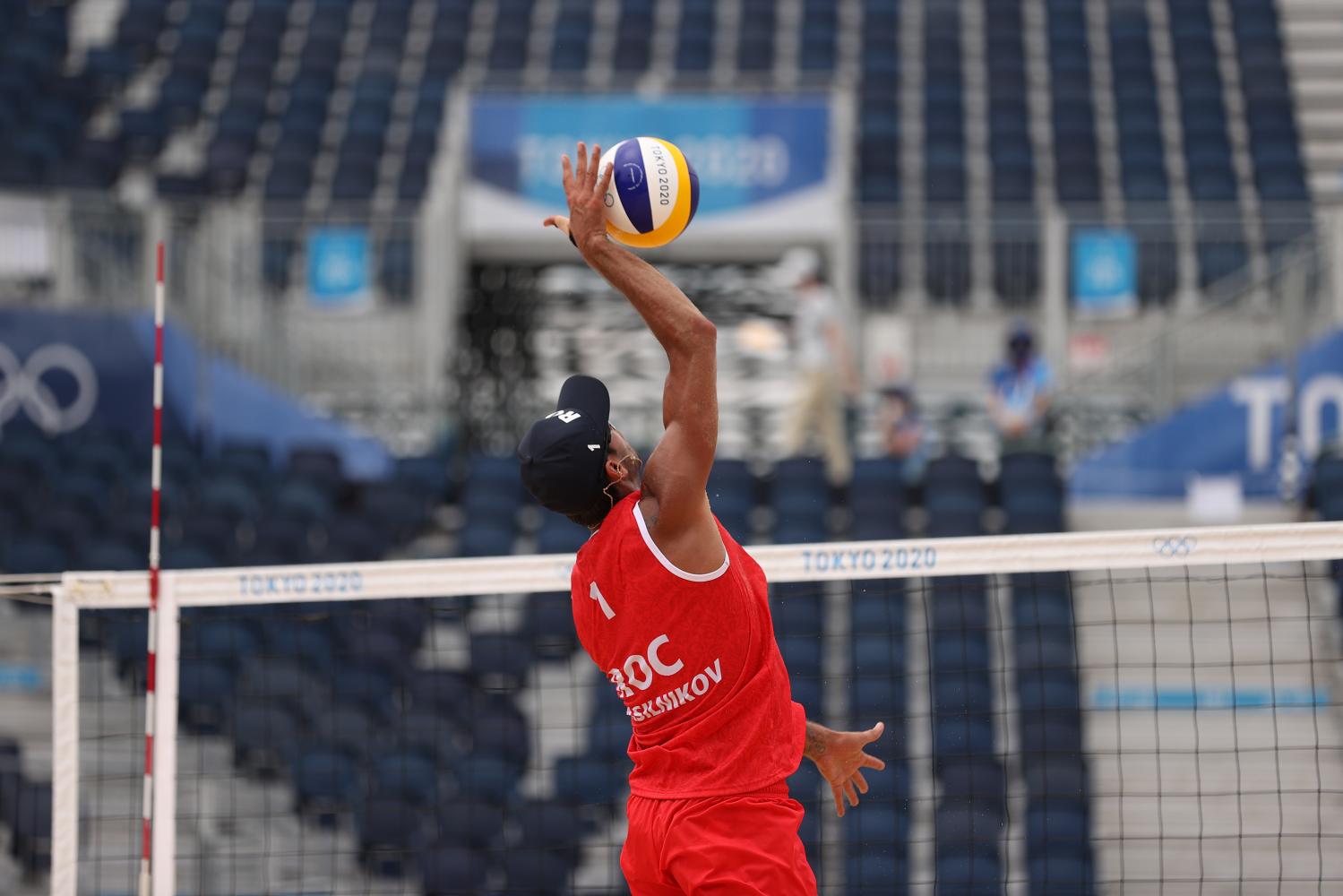 Omega measures every smash, block and strike in a beach volleyball match. 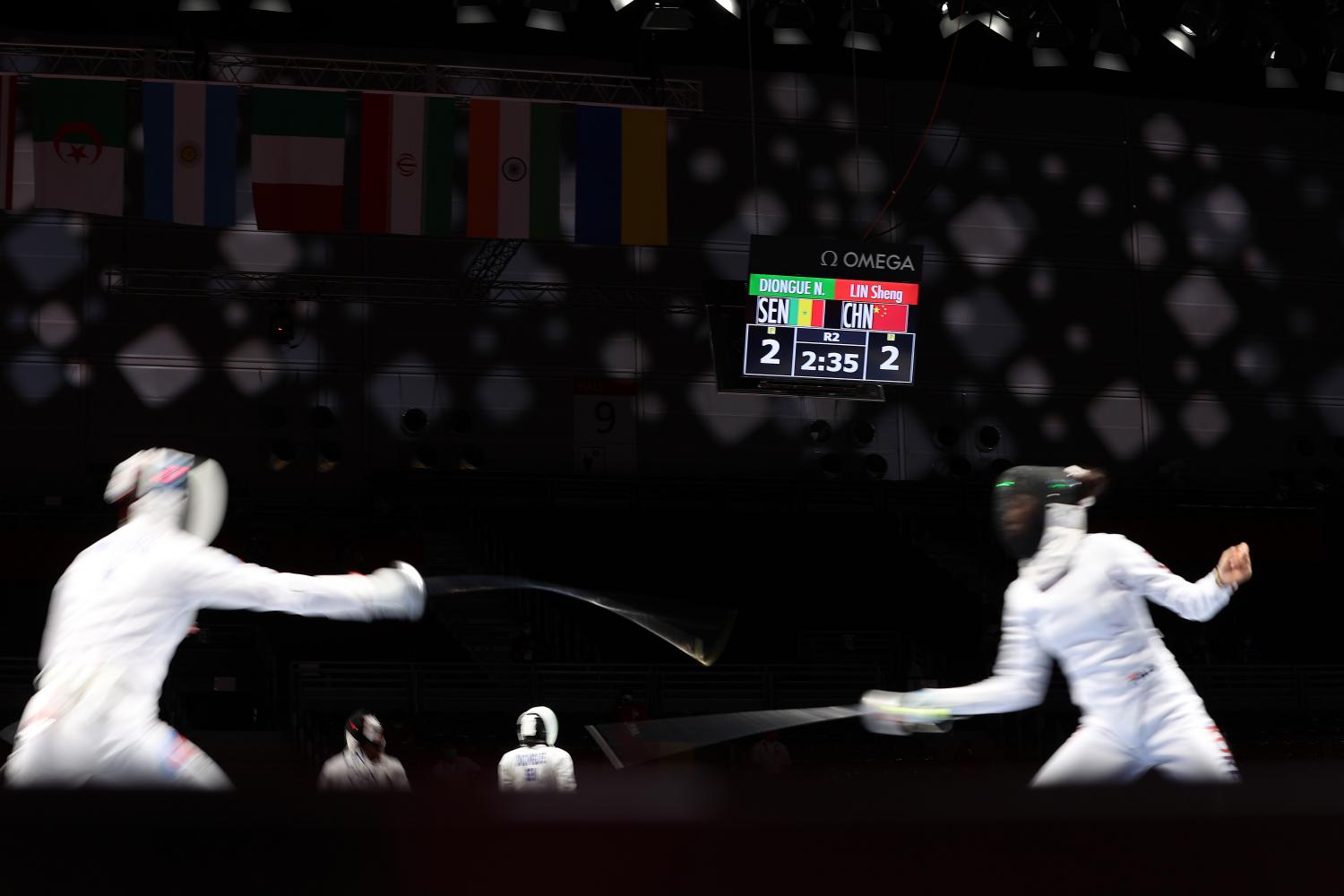 In fencing, weapon tips and athletes' armour are fitted with Omega sensors.

Motion sensor and positioning systems were first used at PyeongChang 2018 Winter Olympics, to provide continuous measurements and in-depth information, from start to finish of alpine skiing, ice hockey and other sports.

The new technology then provided an analysis of athletes' performance, while viewers at home were given a far greater understanding of each event as it happened. Likewise, the motion sensing and positioning technologies have provided a comprehensive range of real-time data for various competitions at Tokyo 2020. 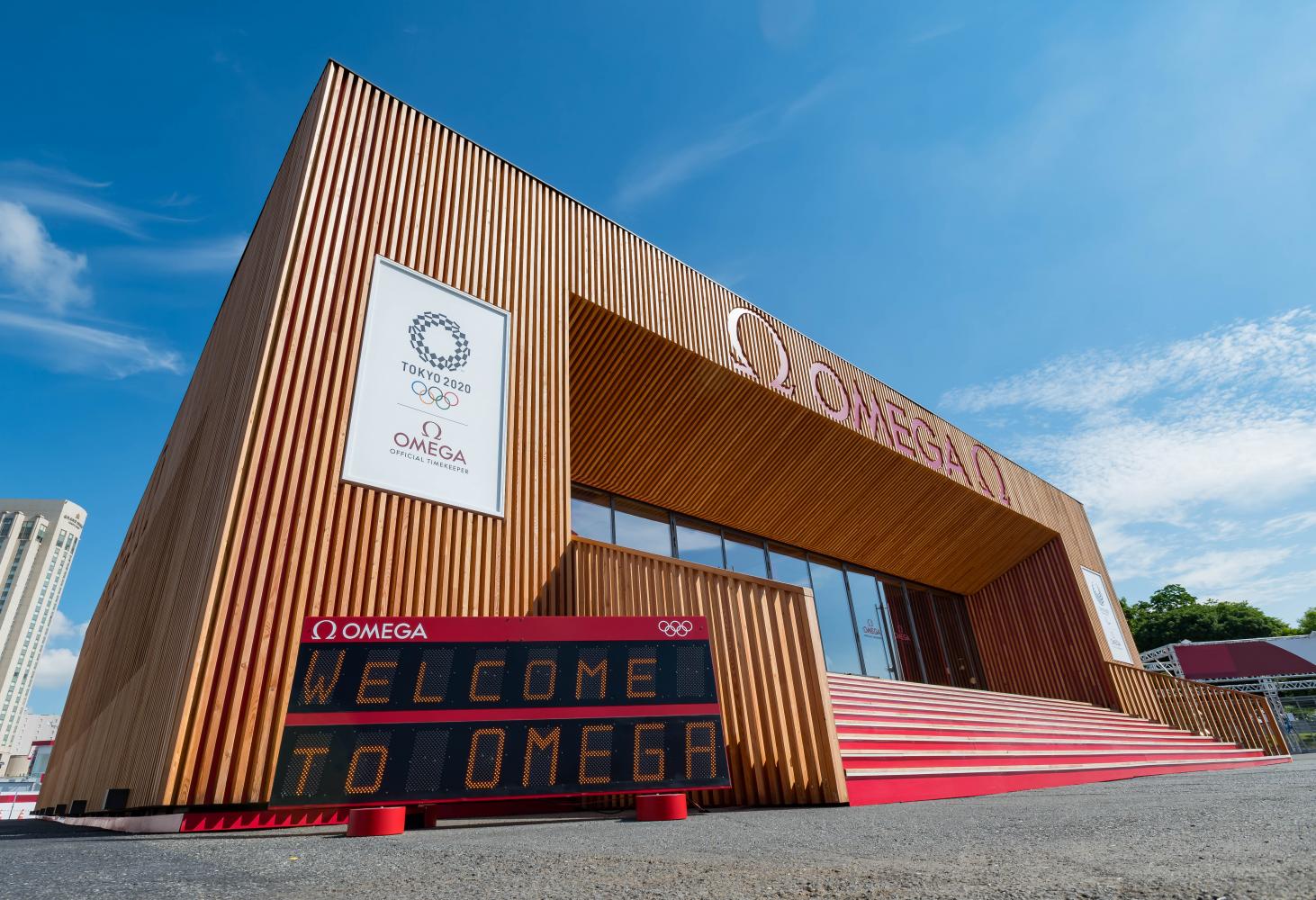 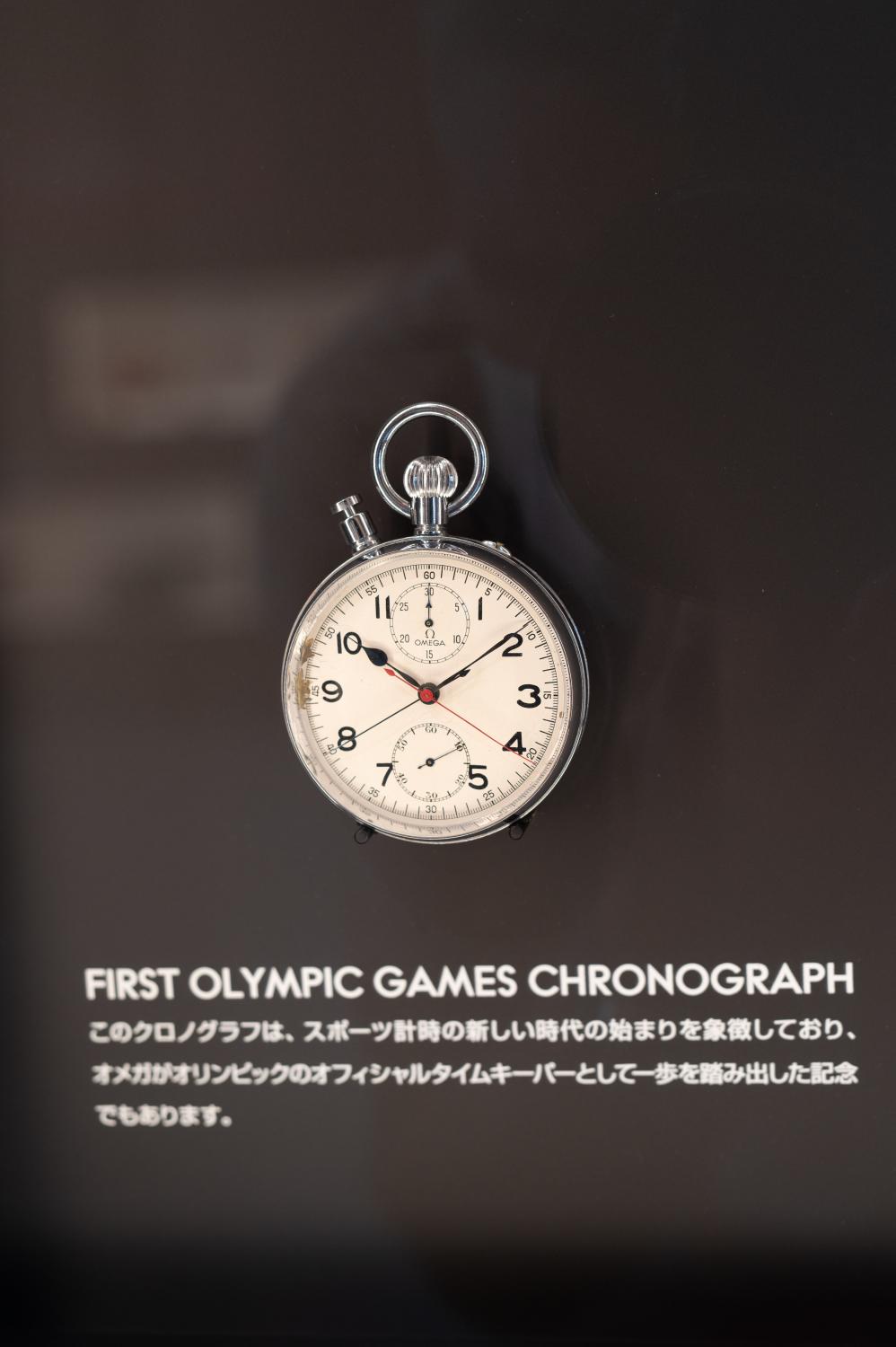 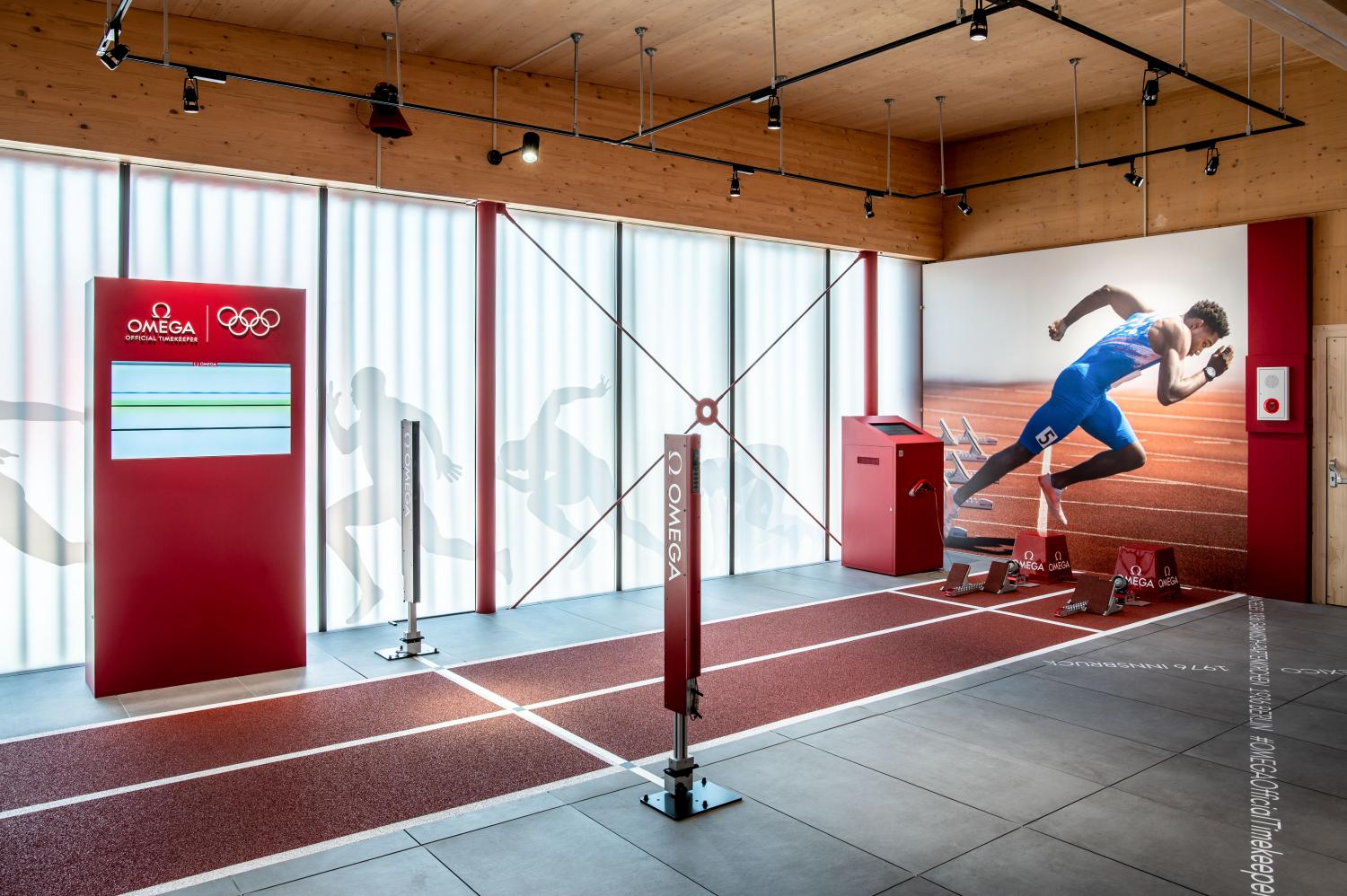 In fencing, the weapon tips and athletes' armour are fitted with Omega sensors, which transmit contact or hits wirelessly to a central data system. Each piste has a panel of judges, equipped with the brand's video adjudication system, which shows details of the action. Omega also provides scoreboards complete with a 3-minute bout countdown, as well as smaller repeater monitors for the athletes to check scores.

Every smash, block and strike and moment of action are captured in a beach volleyball match. Installed around the field of play, image-tracking cameras follow the ball, as well as the players, to give us detailed information on full game play and how each point was scored. The information allows a complete tactical analysis of play, revealing the strengths and strategies of each player and team.

The motion sensing and positioning technologies are used for other sports, such as equestrian, road and track cycling, open water swimming and triathlon.

"We are always excited about how Omega is driving timekeeping forward and adapting it to the new world we are living in. 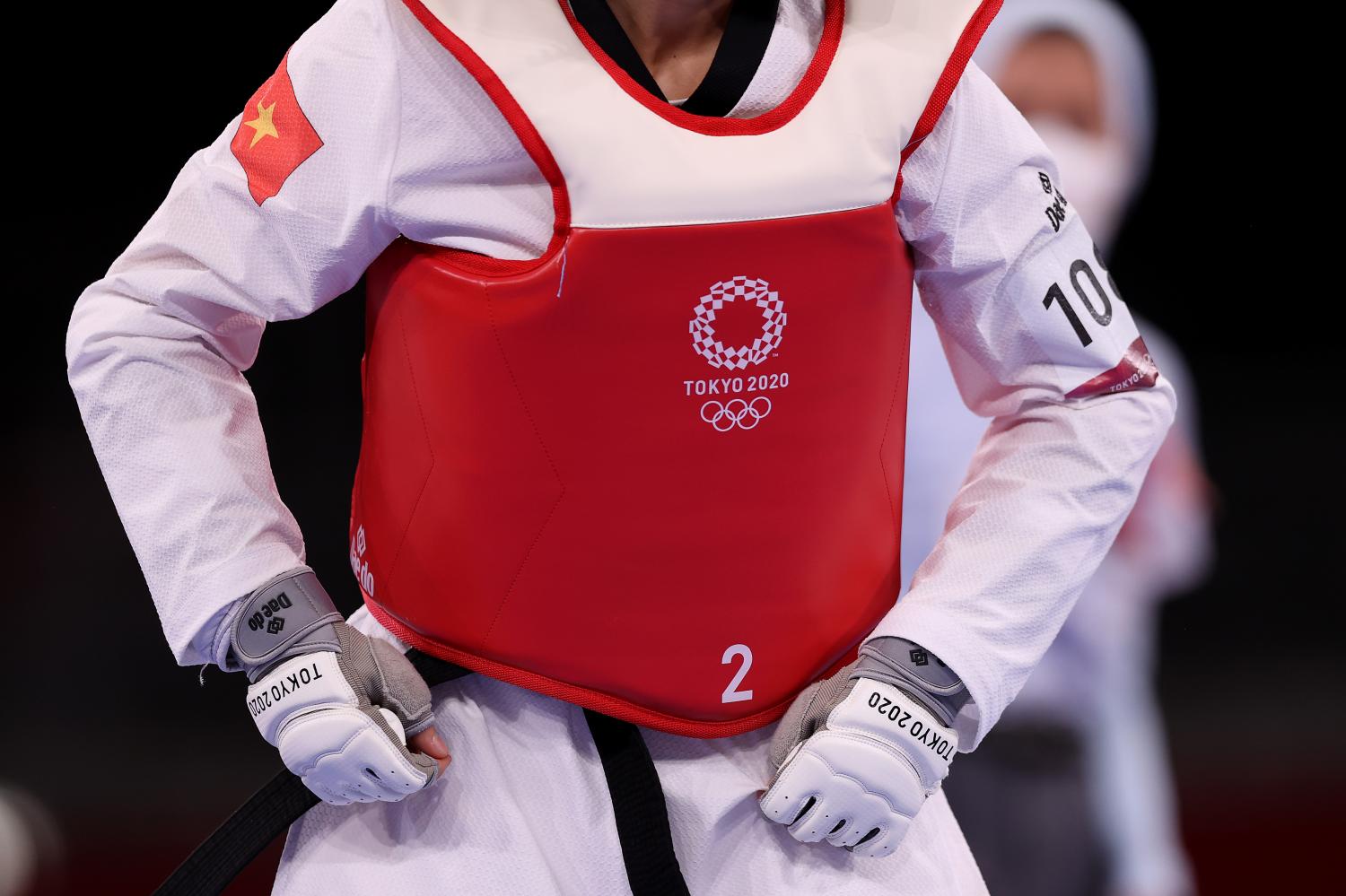 Vests and gloves with pressure sensors for taekwondo athletes. 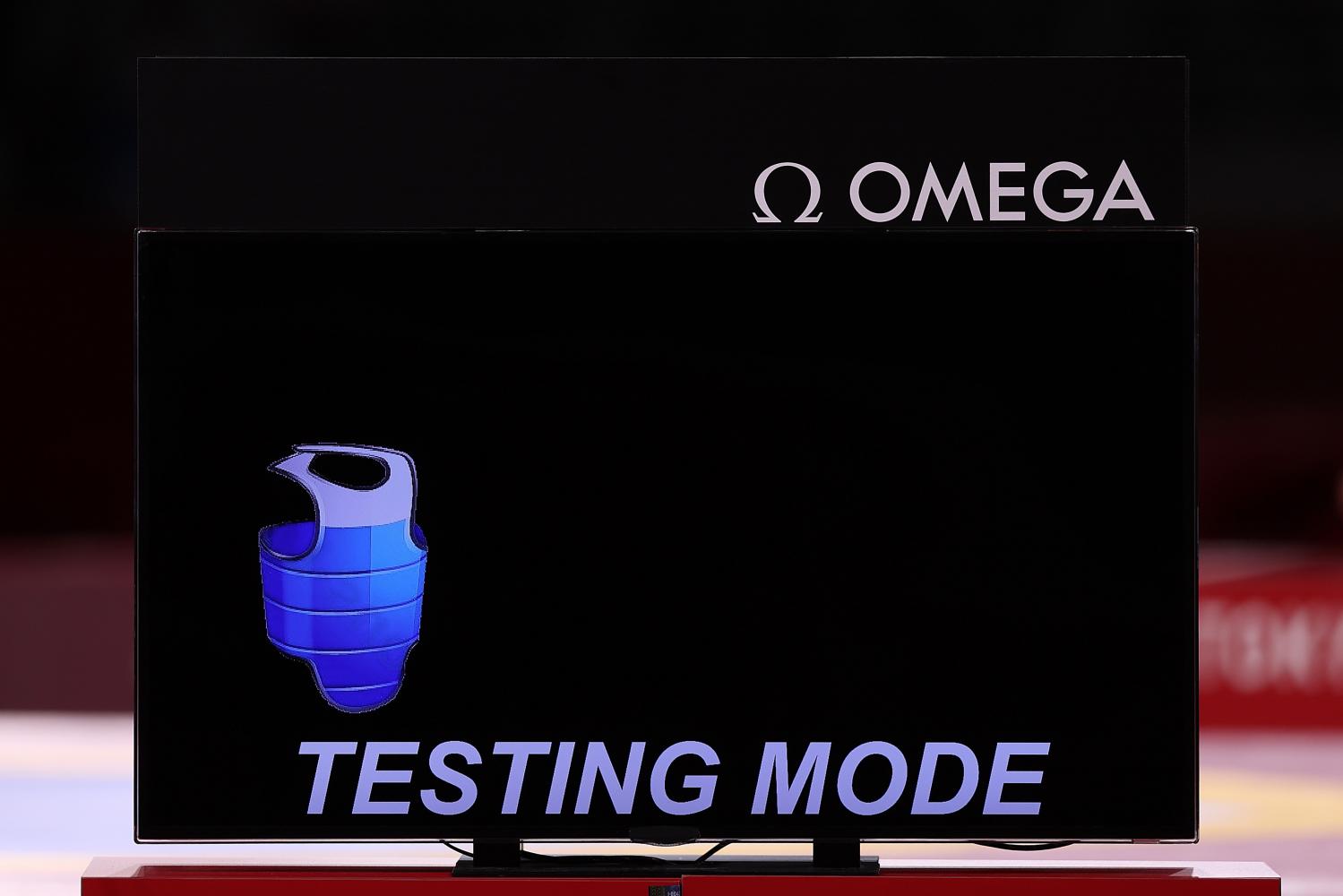 Vests and gloves with pressure sensors for taekwondo athletes.

"We have the same interests -- to serve the athletes, to enrich their experience and enrich the experience of spectators all over the world," said Bach.

Omega's role in recording the Olympic dreams began at Los Angeles 1932, where 30 stopwatches were used to time every event. Over the years, the Bienne-based company has developed the world's most advanced sports timekeeping equipment.

The technological evolution, ranging from the first Olympic Games chronograph and photofinish camera to starting blocks and swimming touchpads, is presented in a dedicated exhibition at the Omega Showcase in Tokyo.

As the Official Timekeeper, Omega has been an integral part of the world's foremost sports competition for 29 editions, and the next stop in 2022 will be Beijing for the Winter Olympics.