The day the world changed

Docuseries presents 9/11 in the words of survivors

In the early hours of Sept 11, 2001, Kathy Comerford was getting ready for a usual Tuesday staff meeting at her office on the 70th floor of the World Trade Center's South Tower. That beautiful morning took a dangerous turn when a hijacked jetliner struck the building between floors 93 and 99, causing the tower to eventually collapse less than an hour later. Along with a small team of her co-workers at Morgan Stanley investment banking company, they barely escaped with their lives.

"The first sign of trouble was when the first plane hit. At first we thought it was a transformer blowing, but then what we saw was all fire and things. Because there were all the windows, there was tons of debris and things happening outside the window. Immediately, we realised that it was a catastrophic situation. We got up, and we all started to evacuate the floor and get into the stairwells," recalled Comerford, a survivor of the terror attacks against the United States.

"While in the stairwells, the integrity of the building was starting to go probably around the 22nd or 20th floor, the stairwells were completely twisted and there were cracks in the walls. So we really picked up our pace to get out. I finally got out about eight minutes before it fell."

In remembrance of the attacks on Sept 11, National Geographic will premiere 9/11: One Day In America, a new six-part limited documentary series on Saturday at 9pm on National Geographic Channel. The series will also stream on Disney+ Hotstar Thailand from Sept 24. 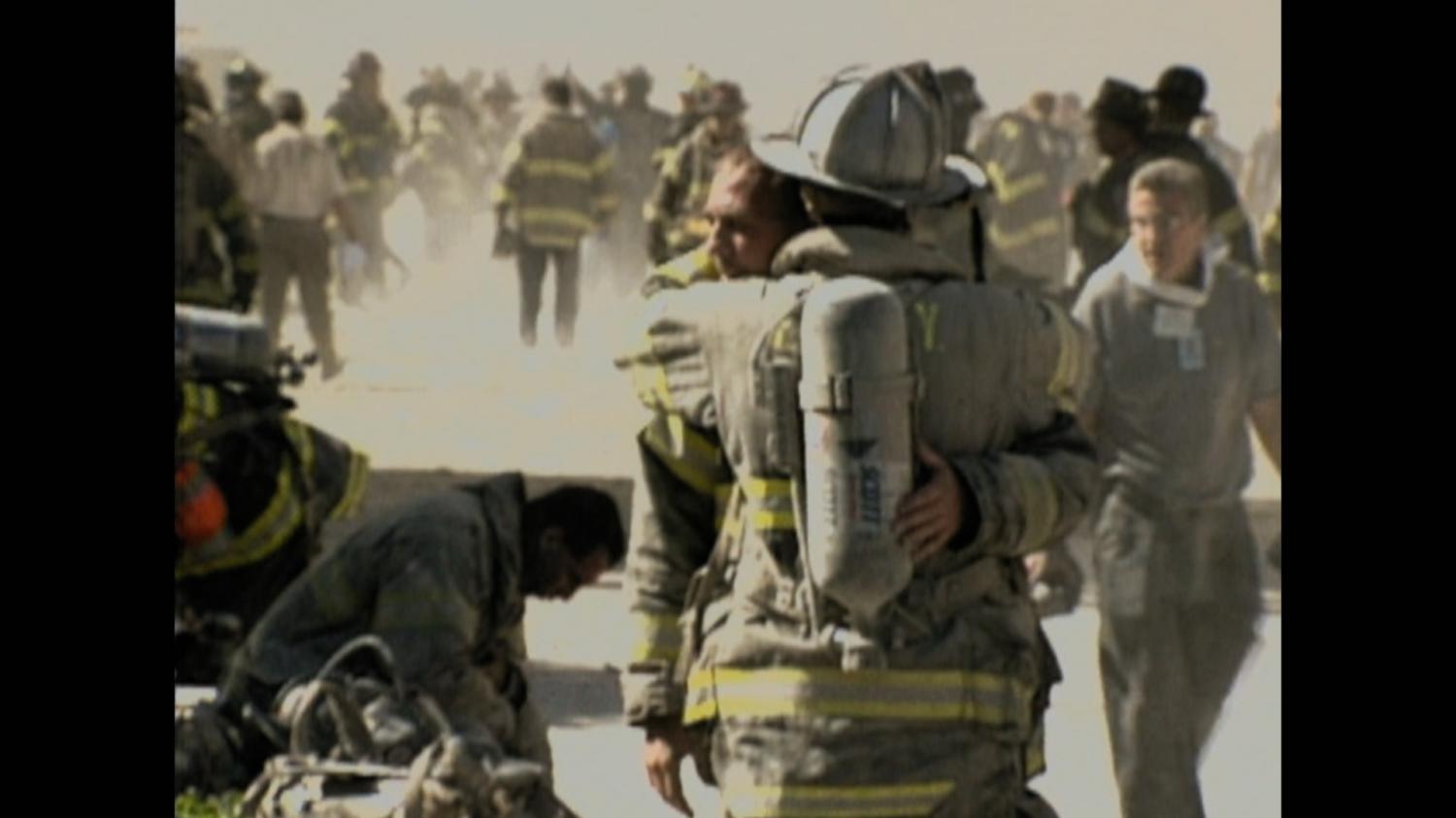 Smoke rises from the Pentagon on Sept 11, 2001. (Photo: ABCNews Videosource) 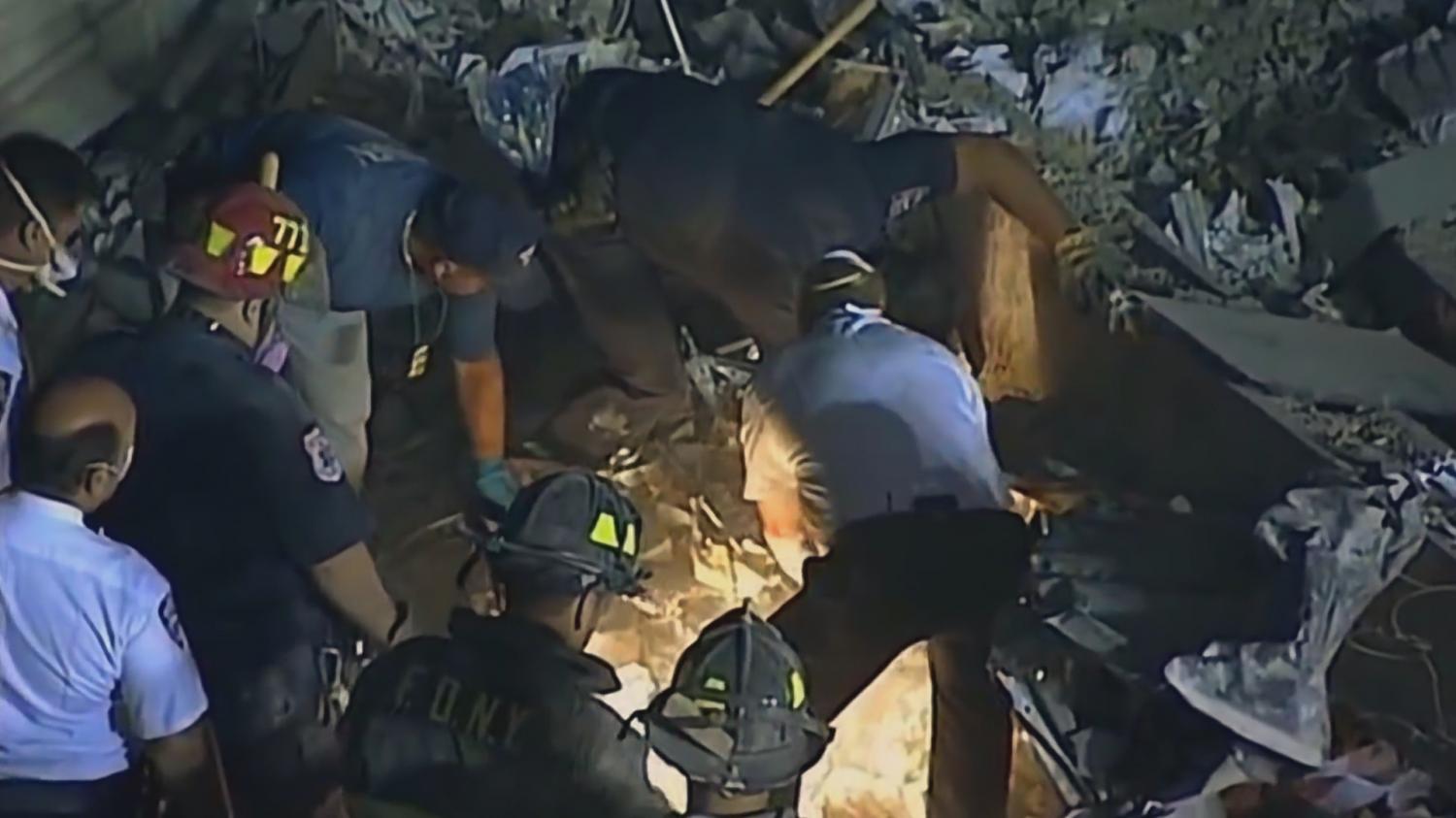 Rescue workers peer into a hole in the debris. (Photo: Etienne Sauret)

9/11: One Day In America takes a deep dive into the events of that day, watching Comerford and other survivors describe the harrowing ordeal on one of the darkest days in American history, minute by minute through first person narratives of first responders and survivors. Filmmakers spent more than three years working on the project, which included interviewing 54 people and learning their personal stories.

"Our approach was to put focus on the individuals who lived through 9/11. It was to only have the voices of people who were there on that day. So the series is archival and a lot of it has to do with testimony, like Kathy for instance, gave her testimony about what happened to her and what she witnessed and experienced. We also have a very immersive archive that we play out to make viewers get a sense of as much as possible, what it was like to be there on the day," said series producer Caroline Marsden.

"It's six episodes, but frankly, it could have been longer. I'm just not sure that it would have been possibly difficult to watch. But we had so much testimony and archives. So each episode goes through the day, from the early part of the day when the first tower is hit, and then sort of moves along through the day. You get the Pentagon, then United 93 and it's through until the last survivor is pulled out of the rubble. So, that's the sort of chronological time that it encompasses."

9/11: One Day In America, produced officially in partnership with the 9/11 Memorial & Museum, is the most detailed documentation to date of what happened on that day. To create this series, the filmmaking team sifted through almost 1,000 hours of archival footage, some of it never seen before.

"There was a lot. We had an amazing archive research team, and there was a lot of detective work actually. Some of it is from major news outlets and then we would get the footage they aired on that day. But we would also get the outtakes and full footage that they were using and often that had not been seen before or played out in a way that we used," said Marsden.

"But equally, we were looking through and reading an article and someone mentioned that someone had a camera somewhere. We would try and track down that person and then often, they would have been filming on a camcorder. We'd ask them to dig out that tape in a drawer that they had. So, we really did a lot of work trying to put it together. Yeah, all the archives that you see in the film." 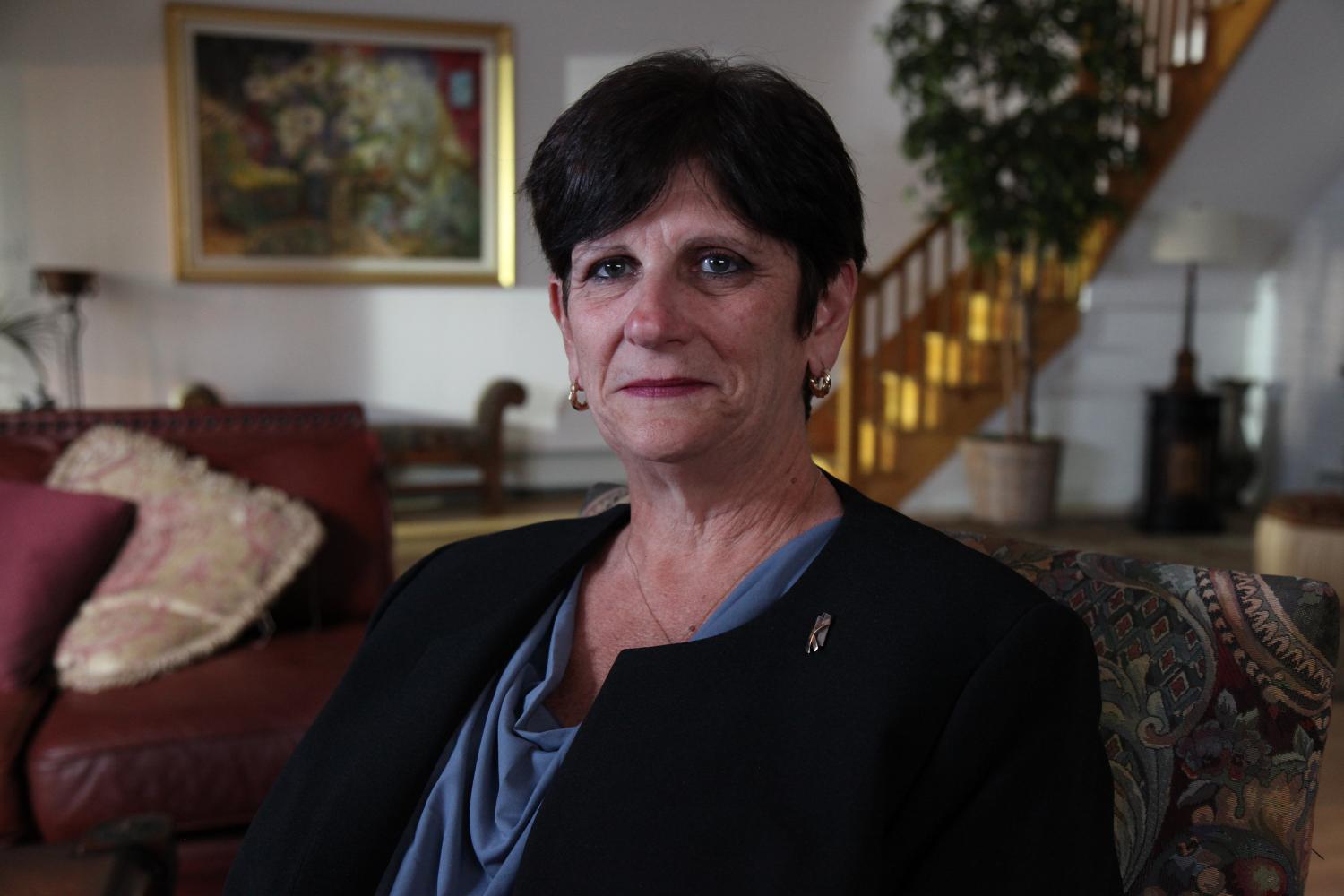 Kathy Comerford, head of events for Morgan Stanley, was attending a meeting on the 70th floor of the South Tower when the first plane hit. (Photo: Daniel Bogado) 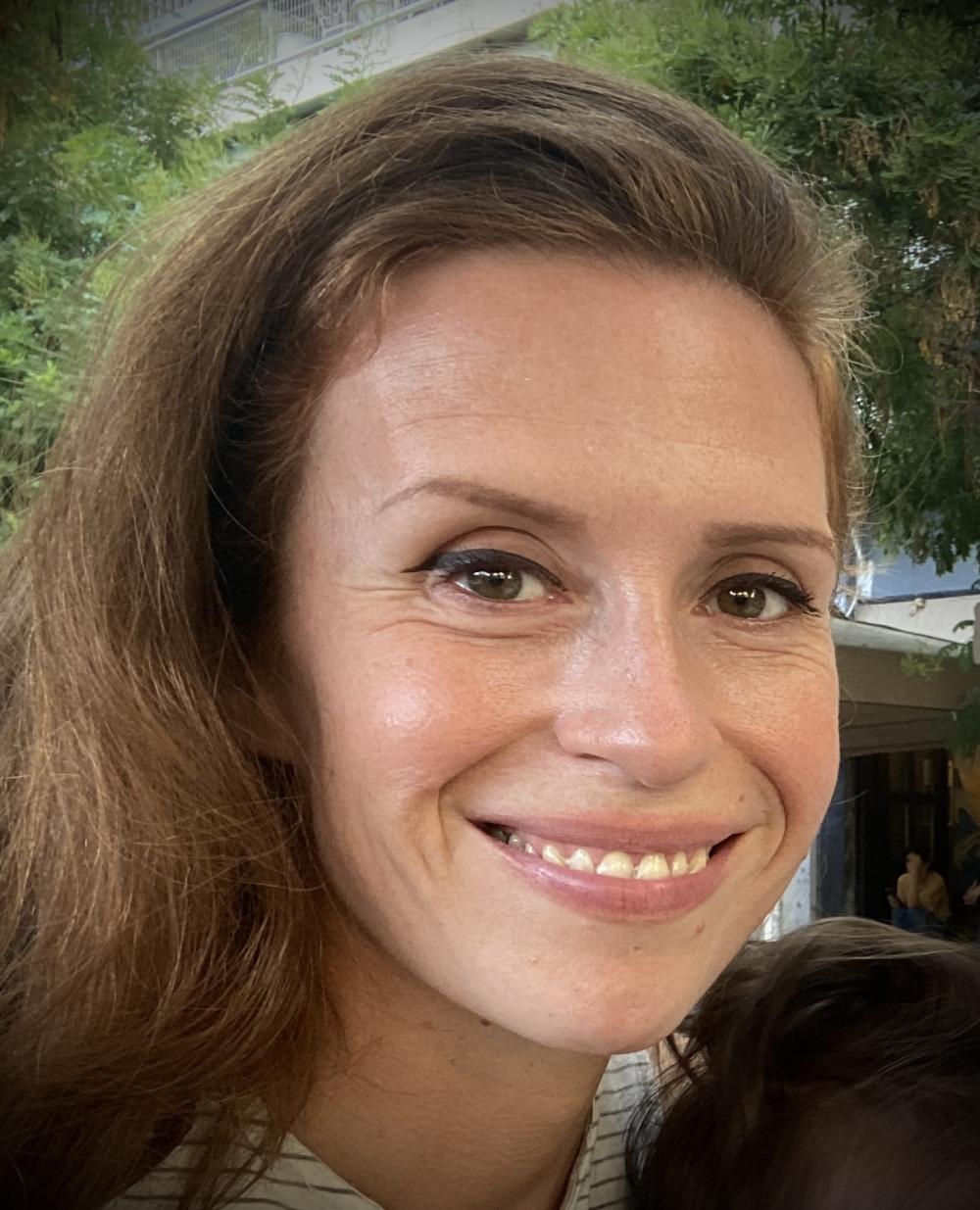 Although it's been 20 years since the horrific event, to a survivor like Comerford, it feels like yesterday.

"And if we forget, we're bound to repeat history. So I think it's really important that the stories of all those courageous men and women whose lives were lost, and those who worked so hard to keep everybody safe and get people to safety, are heard. And so I really feel it's very important that this year this story be told."

When asked what kind of message they wanted to get across, or what they hope viewers will take away from watching this documentary, Comerford said that even though people will remember the horror of that day, there was also humanity and kindness. And in the world today, there's so much going on that we have to realise that goodness is in all of us, even in the worst of times.

"It's OK to be human and it's OK to help each other. And that's how most of us survived that day, by helping each other, and I hope that people can watch this. It might be a difficult thing to watch and a difficult thing to listen to, all of the accounts of that day, but also take away the fact that on the most horrific day in history was also some of the most incredible bravery and humanity that you'll ever see."