The economics of happiness

Life sat down with Prof Nattavudh Powdthavee, author of The Whys Of Life, to better understand how decisions impact our well-being

In order to learn about people, living creatures and more, people come up with questions and try to find answers. The book, The Whys Of Life, written by Prof Nattavudh Powdthavee, raises many interesting questions. Why do people with good looks have high social status, are famous, or usually luckier than others? Why are people afraid of quitting jobs they hate? And how can people be happy in this uncertain world? The author explained the reasons without being judgmental and using reliable research to support his explanations.

Life spoke to Prof Nattavudh via Skype about behavioural economics and his latest book, The Whys Of Life, which is a compilation of columns he wrote for Thai Publica and The Standard.

What is behavioural economics?

Why does behavioural economics focus on happiness?

Everyone wants to be happy. We make decisions that make us happy. However, if we make an impulsive decision, the result may not lead to happiness as expected. Hence, economists apply research to prove choices that people make determine their happy state. For instance, we normally assume saving money as a reasonable decision for people. However, behavioural economists found that many people do not save money and decide to be happy today and postpone their future miseries. However, this decision not to save will make these people less happy in the long run than those who decide to start saving today.

Is it true that the UK government conducted research about happiness?

The Office for National Statistics in the UK records data of millions of people by sending questionnaires and meeting people at home. The survey asks about detailed information such as salary, marriage status and unemployment. After collecting the data, economists analyse how much happiness and satisfaction has increased or decreased among the population. When the UK government releases a policy, its purpose is to make people happy. However, there are lots of details to be analysed and many causes and effects have to be considered.

Does Gross Domestic Product (GDP) relate to the happiness of people in a country?

Why should we stop asking children what they want to be when they grow up?

According to psychologist Adam Grant, when children say they want to have a certain career without enough information, it is called identity foreclosure which is the opposite of identity crisis. Identity foreclosure is when we speak about something and we stick with it. We think if we do not follow what we say, we have failed. For instance, a child says he wants to be an engineer but he later does not enjoy studying engineering. It will be difficult for him to change and try another field because his mind is still set on being an engineer. We should ask children what they like and later reevaluate if they are still interested in the same field. We should allow them to rethink and tell them it is fine to change their minds because we do not know what will happen in the future. In the next 10 or 20 years, there will be many changes and new careers. 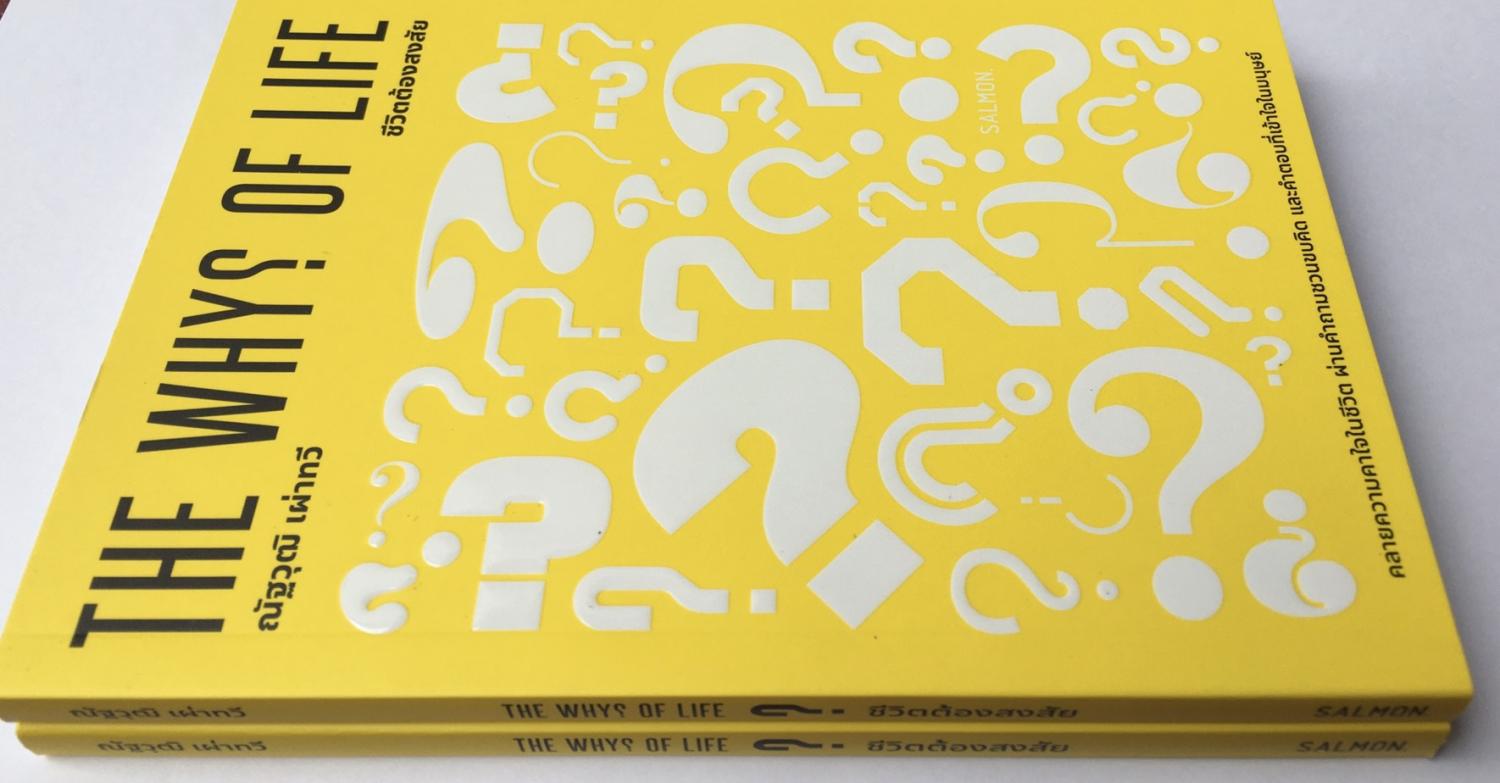 How do you explain the fact that millions of Thais joined the Facebook group 'Let's Move Abroad'?

Research has noted that unhappy people need change. People who want to move are those who are not happy with what they are now. Their thoughts are understandable but they may think too positively about living abroad and not consider any negative factors. I live in the UK, so I know both the positive and negative sides. Before people move abroad, I would like them to consider negative factors that can affect their happiness as well.

The book The Whys Of Life uses a question as the title of every chapter. Is it good to be always asking questions?

Having questions is a good habit. If someone has never asked any question, it means he is satisfied with the information he/she has. If we do not ask questions, we will never be educated and never understand someone who thinks differently. People who ask questions are people who want to know why others think the way that they do. They may want to if they are biased or do not have enough information about something. A person who does not ask questions is close-minded and in such cases, it is difficult to find common ground.

Why do people with good looks have high social status or are usually luckier than others?

Luck is something random. People who are born in rich families or with good luck start off well. Luck may begin randomly but these people will be more privileged than others such as having the opportunity to attend a better school. If someone with a famous last name applies for a bank loan, he is more likely to be approved than somebody with an ordinary last name.

What is a meaningful job?

It is a job that is not just about earning money to make ourselves but it is a job that serves society and the people we love. We usually think about how to make ourselves happy, but happiness is usually temporary such as hanging out with friends or going shopping. Having a meaningful job is another dimension of happiness. It is the meaning of life.

What is the best thing about being an author?

Being a university professor and conducting research is my main job. I would like to thank Thai Publica for giving me opportunities to summarise and publicise my research, making my research accessible to general readers. In the past, my research papers were read by other researchers only.

What feedback impressed you the most?