For over a century, flowers have been Van Cleef & Arpels' favourite subject for jewellery interpretations. A platinum bracelet with stylised red and white roses earned the maison the Grand Prize at the Exposition Internationale des Arts Décoratifs et Industriels Modernes, held in Paris in 1925.

The recurring floral theme has daisy, forget-me-not, orchid and narcissus, to name a few, blooming in its archives.

More than 100 pieces combined with contemporary creations are on display alongside mesmerising photographs by Mika Ninagawa at the "Florae" exhibition held at Hôtel d'Évreux, on Place Vendôme.

Paris-based architect Tsuyoshi Tane joins her and Van Cleef & Arpels in staging the exhibition, which runs until Nov 14.

"The maison loves highlighting affiliations between its jewellery creations and the work of artists who draw from the same sources of inspiration," said Van Cleef & Arpels president and CEO Nicolas Bos.

"That is the case for Mika Ninagawa and flowers. The uniqueness of her photographs lies in her immersive approach. Rather than focusing on a particular detail, she creates an overarching universe made up of images that plunge viewers into the heart of nature." 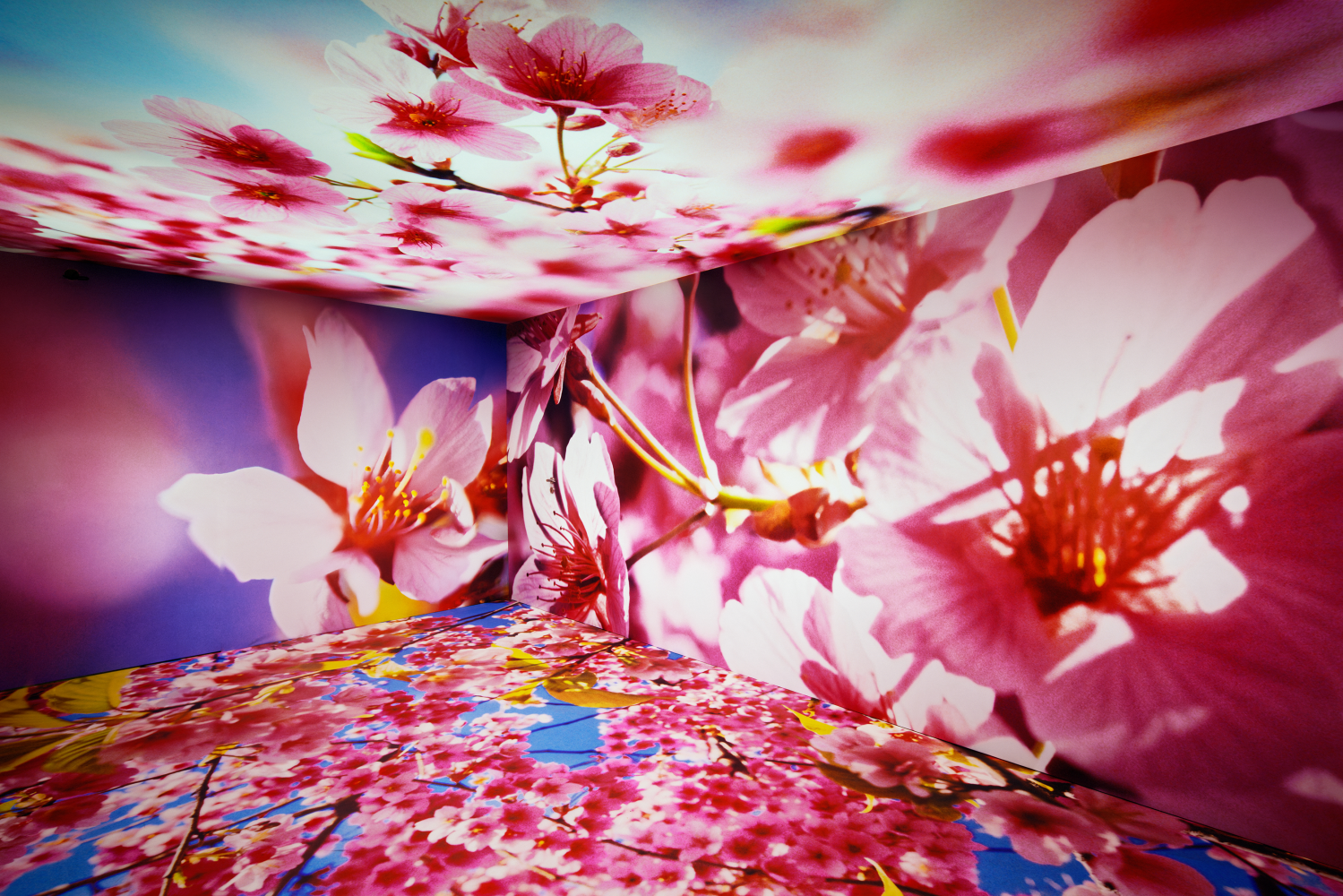 Mika Ninagawa's memerising photographs are a part of the magical scenography.

A native of Tokyo, Ninagawa has been accredited with numerous awards including the authoritative Kimura Ihei Photography Award in Japan. As a film director, she has made various short and long movies, as well as a Netflix original drama.

The collaboration began three years ago, when the French jewellery house gave her carte blanche to celebrate the beauty of flowers that has culminated in the Florae exhibition.

"I imagine myself as a butterfly or a small insect on the flower when I photograph them. It's like a fantasy to me, somewhere between dream and reality," said Ninagawa.

"By photographing flowers, I seek to capture and immortalise their fleeting beauty. Nothing lasts forever, so I want to preserve this beauty as it appears at a precise moment in time. I strive to perpetuate the short-lived radiance of flowers, letting it live on through my photos."

The other Japanese collaborator, Tane is an award-winning architect, whose Light Is Time installation received "Best Entertaining" and "Best Sound" from the 2014 Milano Design Award Competition. 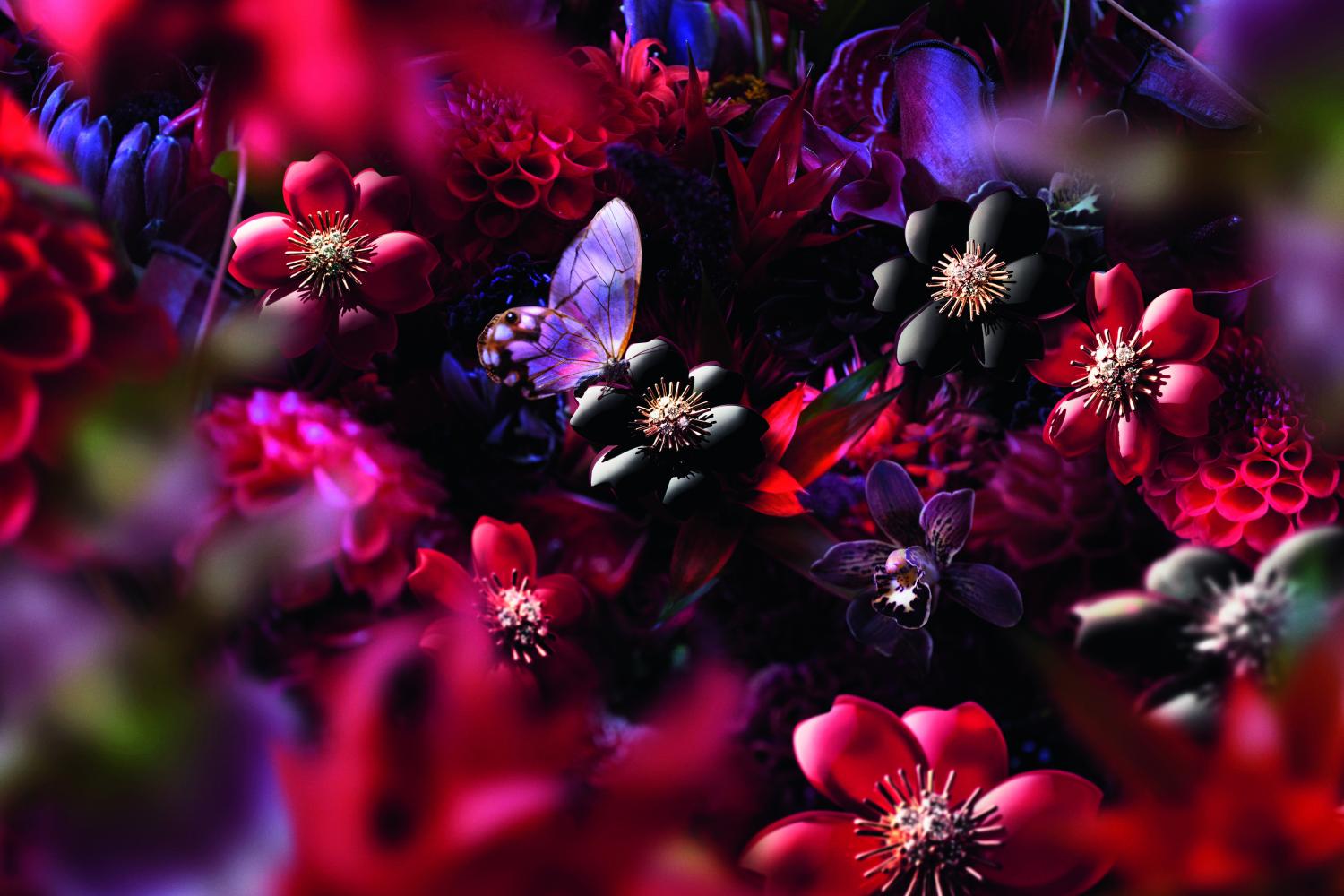 For Florae, he imagined an immersive set grounded in plays on light and mirrors, intertwining two main concepts -- the kaleidoscope with its infinite chromatic effects, and a maze for visitors to find a way out.

The flora's shapes, details and nuances are infinitely reflected in the fantastical labyrinth, reminiscent of certain passages in Lewis Carroll's Alice In Wonderland or Michael Ende's Momo, in which flowers symbolise time for living.

"In some sense, you can also get lost in this exhibition, as the space changes over the course of the visit letting you discover something new," added Tane.

"But that is what prompts visitors to take their time, to ponder, to discern the links between Mika Ninagawa's photographs and Van Cleef & Arpels' creations, brought together as an inseparable whole amid this living fairytale." 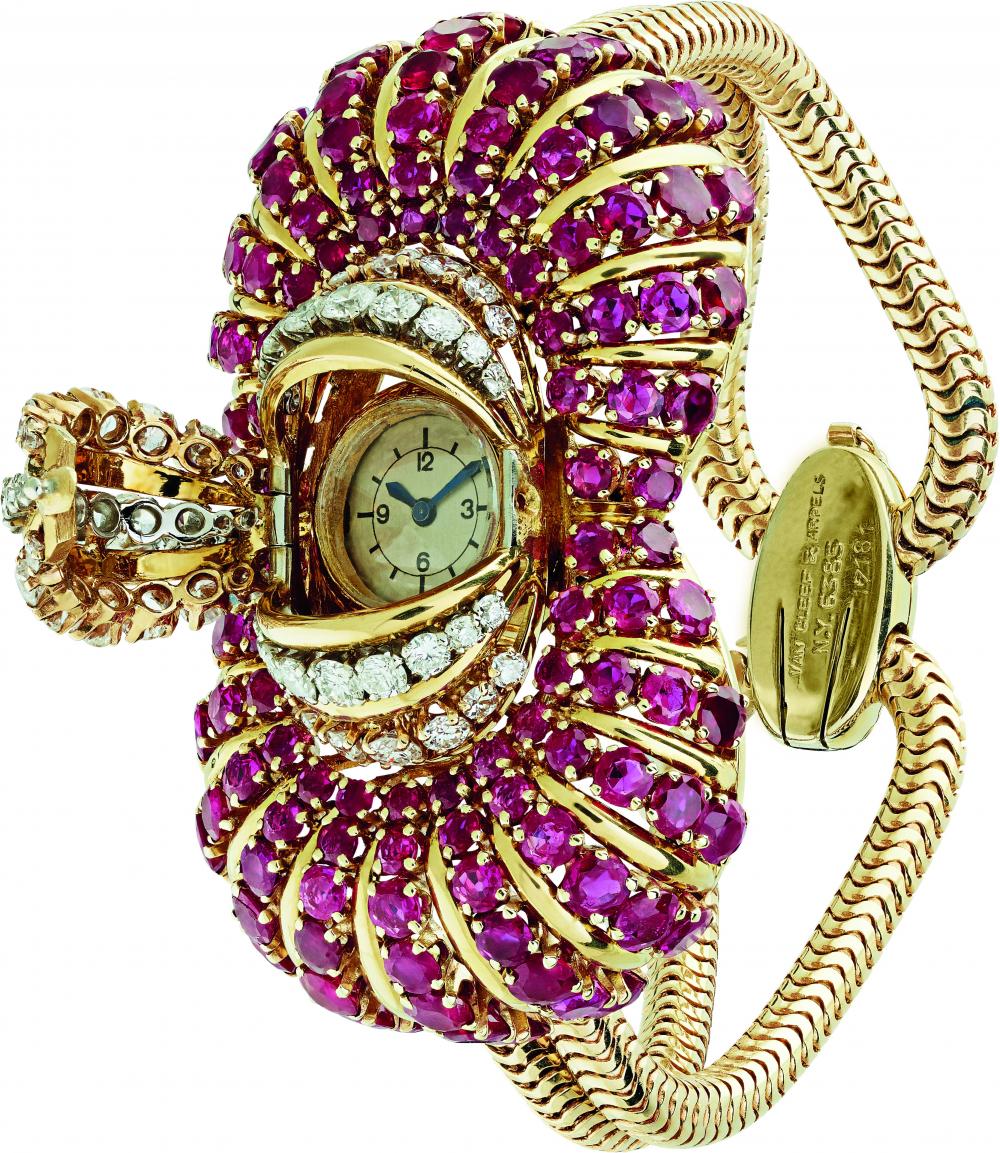 Yellow gold Flower Secret Watch with diamonds and rubies from 1945.

The exhibition is structured under three themes: Naturalist Aesthetics, Bouquets and Stylised Aesthetics.

The first part underscores a figurative approach that represents floral and plant species, through natural colours and the volume of corollas, as well as the textures and particular features of petals both in the photographs and on the jewellery.

The silhouette and movement of flowers have been replicated using the most precious materials. For instance, the platinum and yellow gold Daisy Clip (1964) with rubies and diamonds was designed with asymmetrical positioning of the petals, evoking a flower swaying in the breeze.

The second section traces how the French jewellery house has bound flowers for precious bouquets. The Myosotis Clip (1940) is a composition of forget-me-nots with sapphire petals and diamond hearts, held together by a diamond-paved gold tie and complemented by an engraved plaque.

Finally, the last space presents a stylised vision of flora, sometimes influenced by other artistic disciplines. 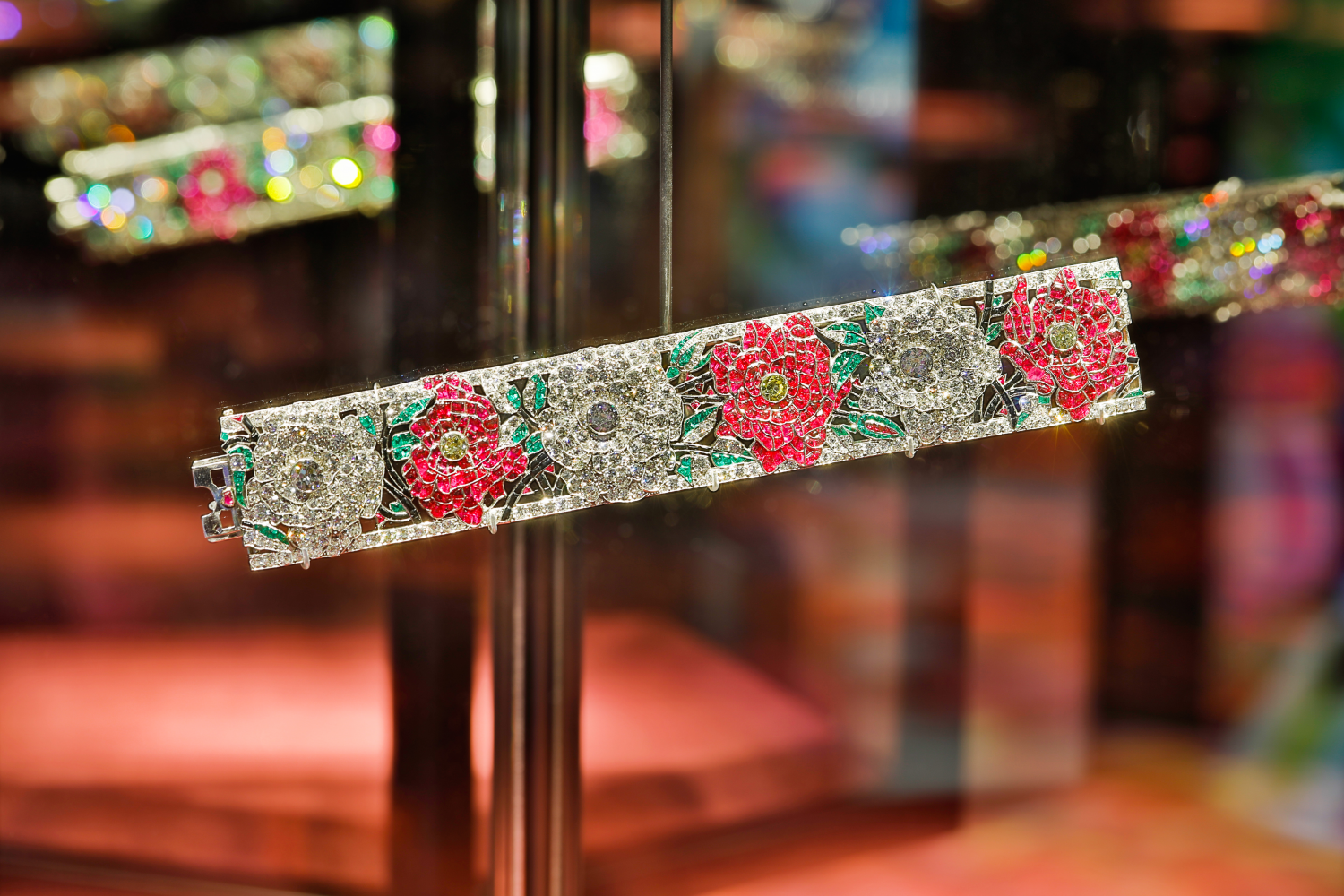 Likewise, the platinum and yellow gold Pastille Bouquet Clip (1951) with Mystery Set rubies and diamonds features a geometric design that calls to mind the Art Deco or Modernist movements.

Echoing the couture world, the Silhouette Flower Clip (1937) features a bow and a flower, outlined through a yellow gold thread adorned with rubies and diamonds.

Examining from the botanical naturalism to the artistic stylisation, garden specialist Pascal Garbe and jewellery historian Paul Paradis will debate on the floral interpretations.

The online talk will be hosted by L'ÉCOLE, School of Jewelry Arts, and broadcast live from the Florae exhibition on Oct 20 and 21. Registration can be made at lecolevancleefarpels.com. 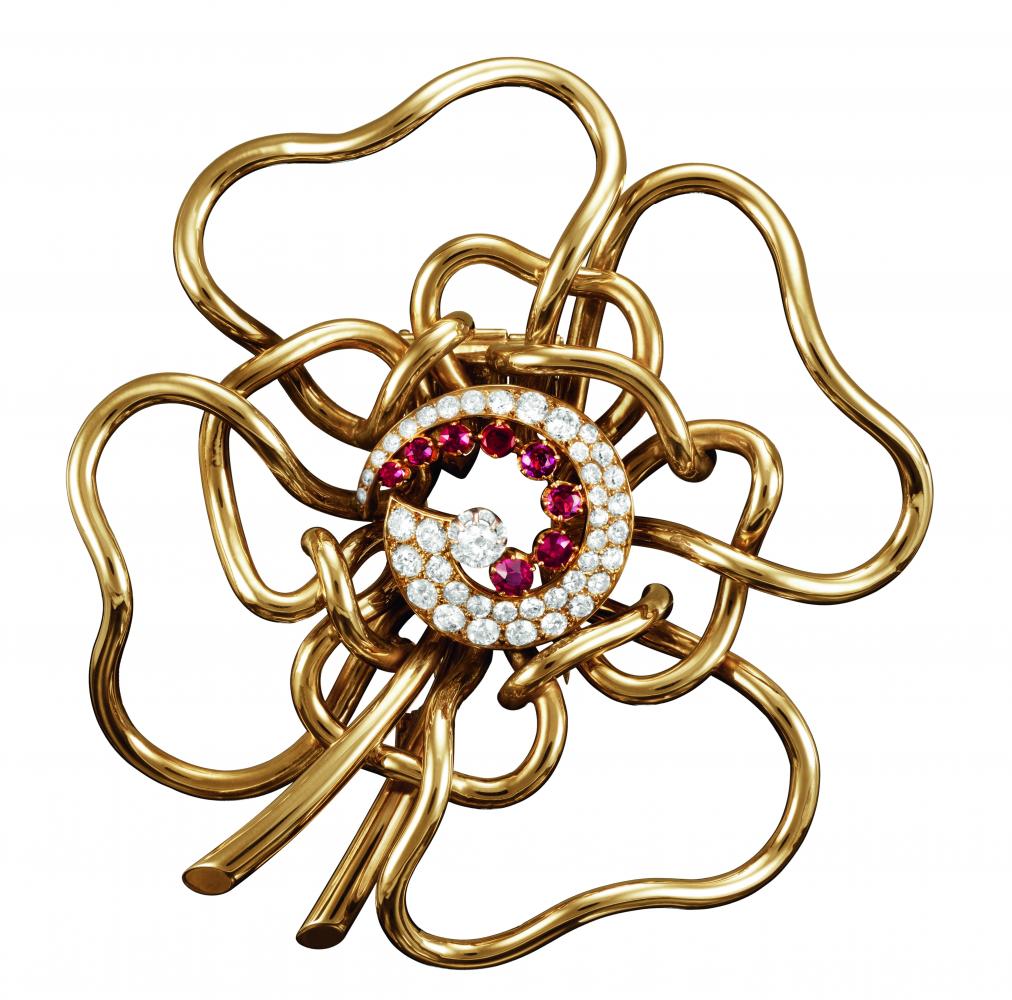 Yellow gold Silhouette Flower Clip with rubies and diamonds from 1937. 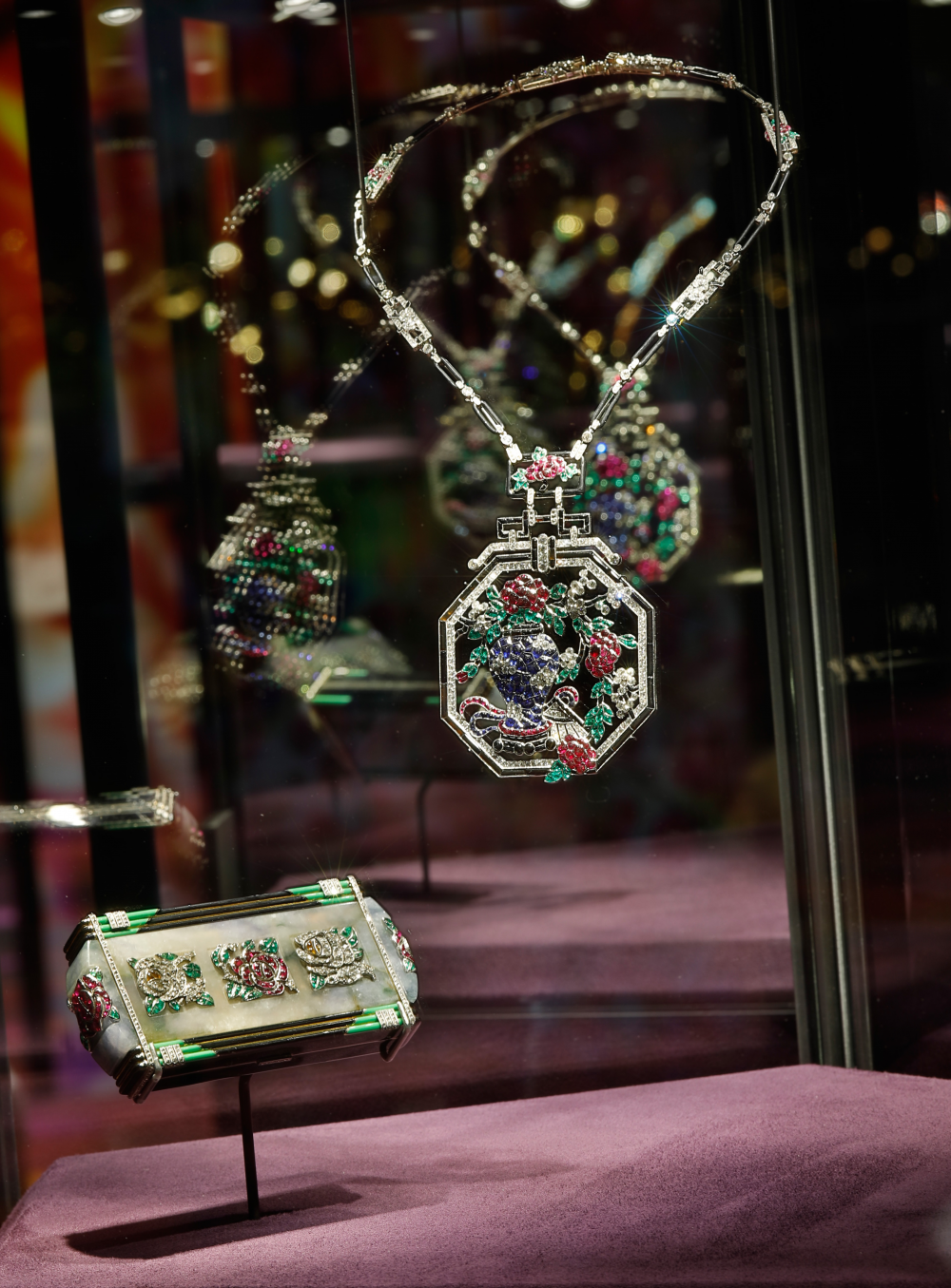 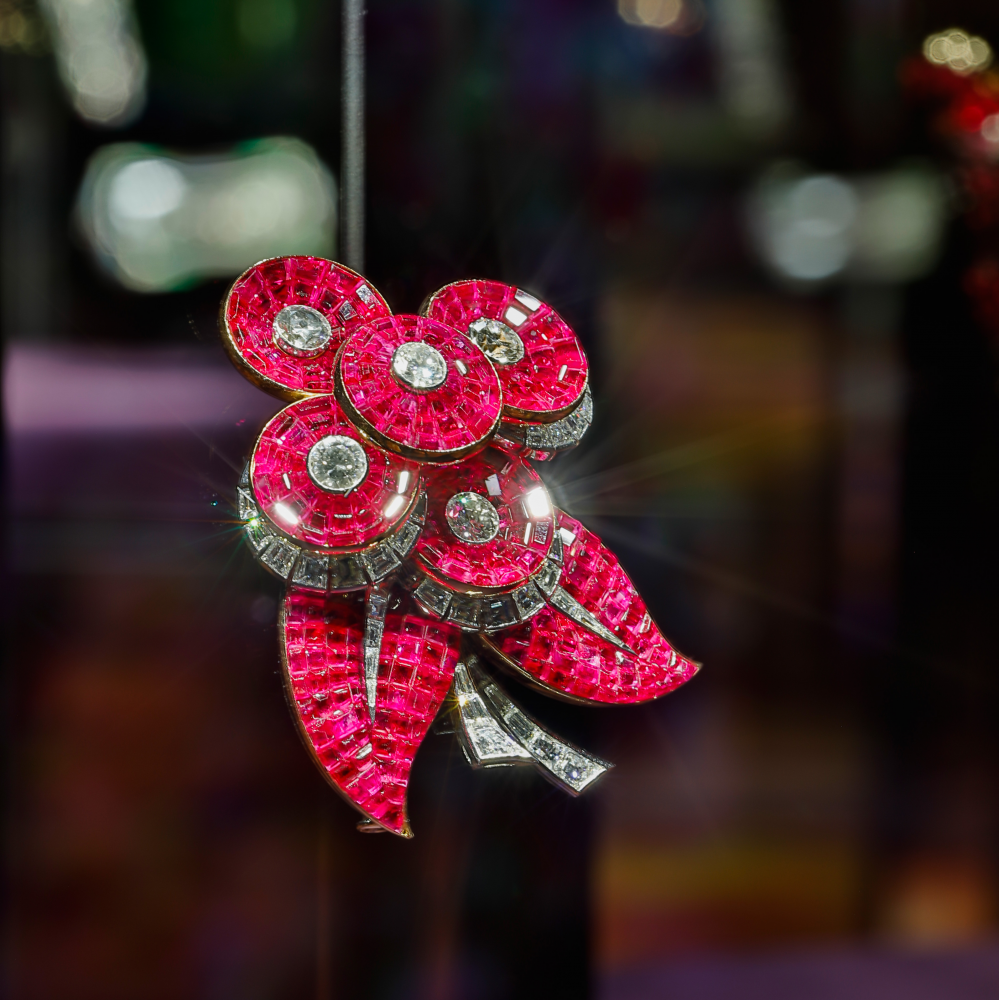 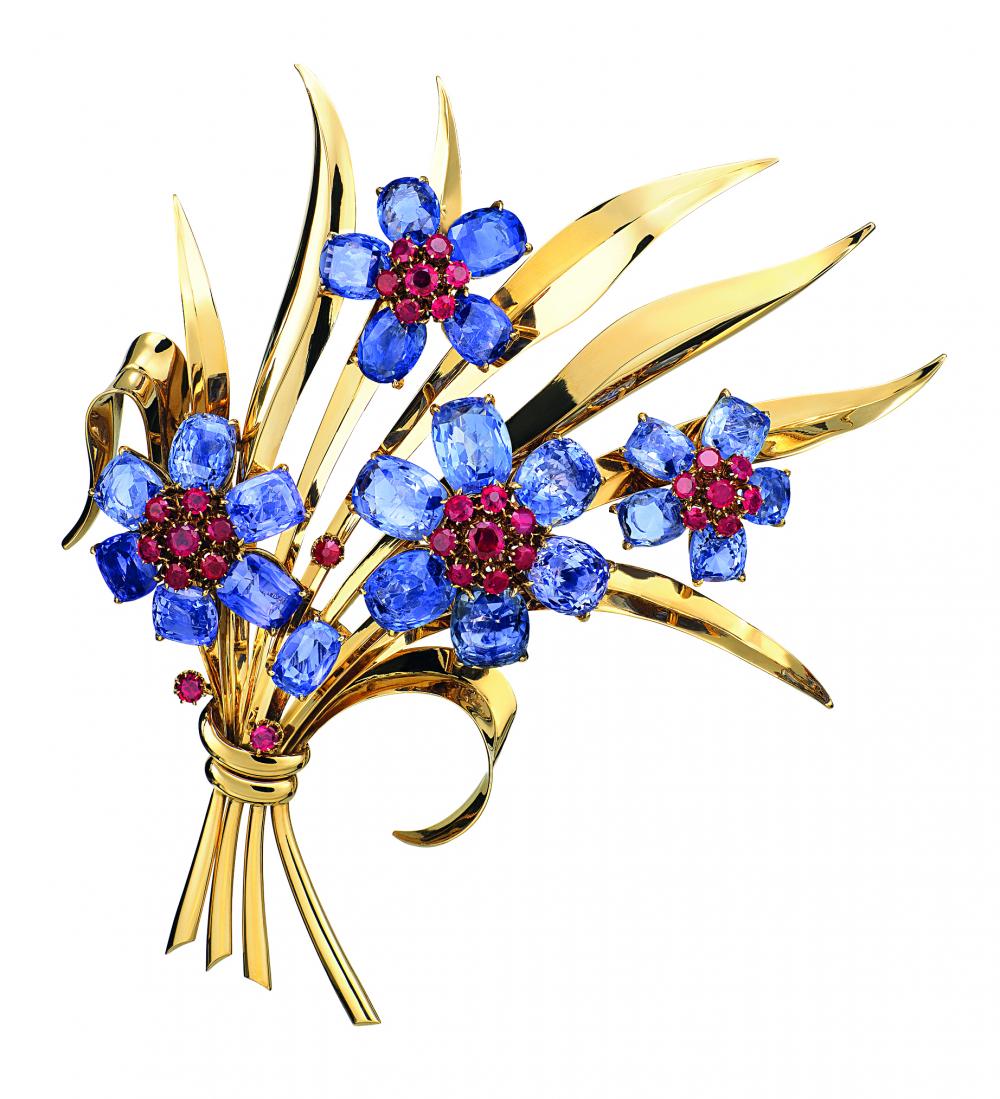 Yellow gold Bouquet Clip with sapphires and rubies from 1940. 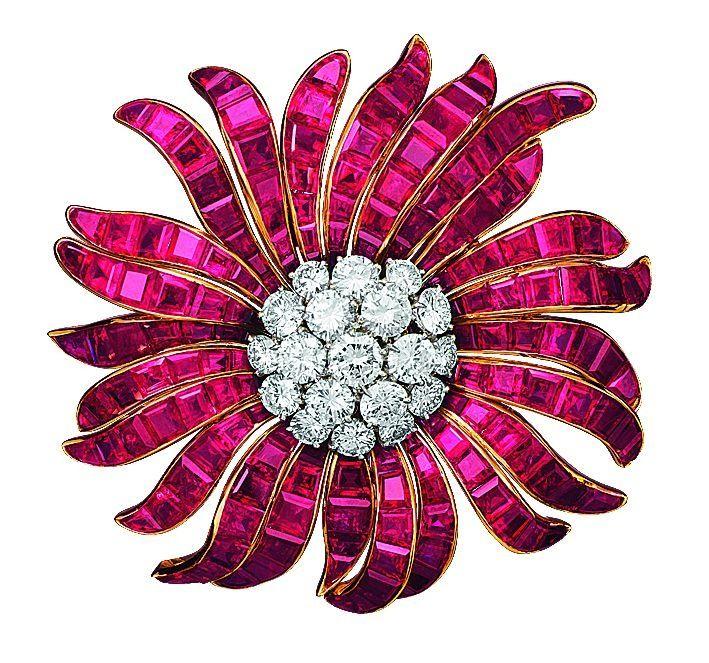 Platinum and yellow gold Daisy Clip with diamonds and rubies from 1964. 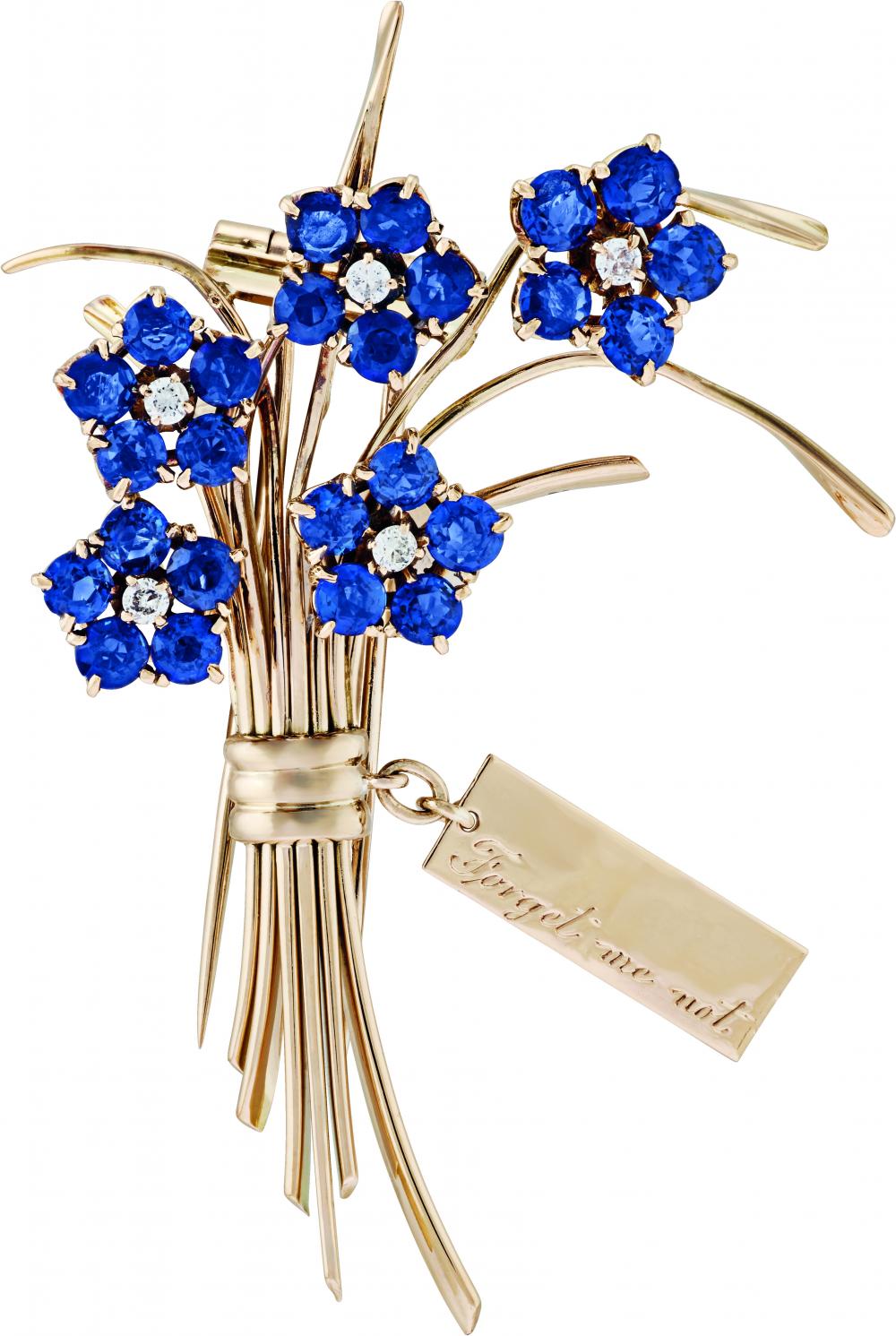 Yellow gold Myosotis Clip with sapphires, and diamonds from 1940.