Zenith's new Defy collection is a glimpse into futuristic watchmaking

Equivalent to concept cars in the automotive world, the Defy collection is Zenith's platform for innovations, from 1/100th of a second chronographs to double tourbillons and gravity-defying gyroscopic mechanisms.

A high-performance 1/100th of a second chronograph, the new Defy Extreme was designed to be even more futuristic with a larger 45mm titanium case, sharper lines and more pronounced edges.

The design is reinforced by additional components protecting ­pushers, and a screw-down crown. One of the most striking elements is the 12-sided ring placed under the bezel, which extends down to the 12-sided case back.

The angular case and its faceted bezel recalls those of 1960s retro-futuristic Defy models.

Based in Le Locle since 1865, Zenith is named after an exceptional calibre that won the Grand Prix at the Paris Universal Exhibition in 1900. After introducing the El Primero, the world's first automatic chronograph calibre in 1969, the Swiss brand has gone on to master fractions of a second with the Defy 21 providing a precision of 1/100th.

Powered by the El Primero 9004, the Defy Extreme collection comes in three versions, whose contemporary look is enhanced by an interplay between materials and their finishes. 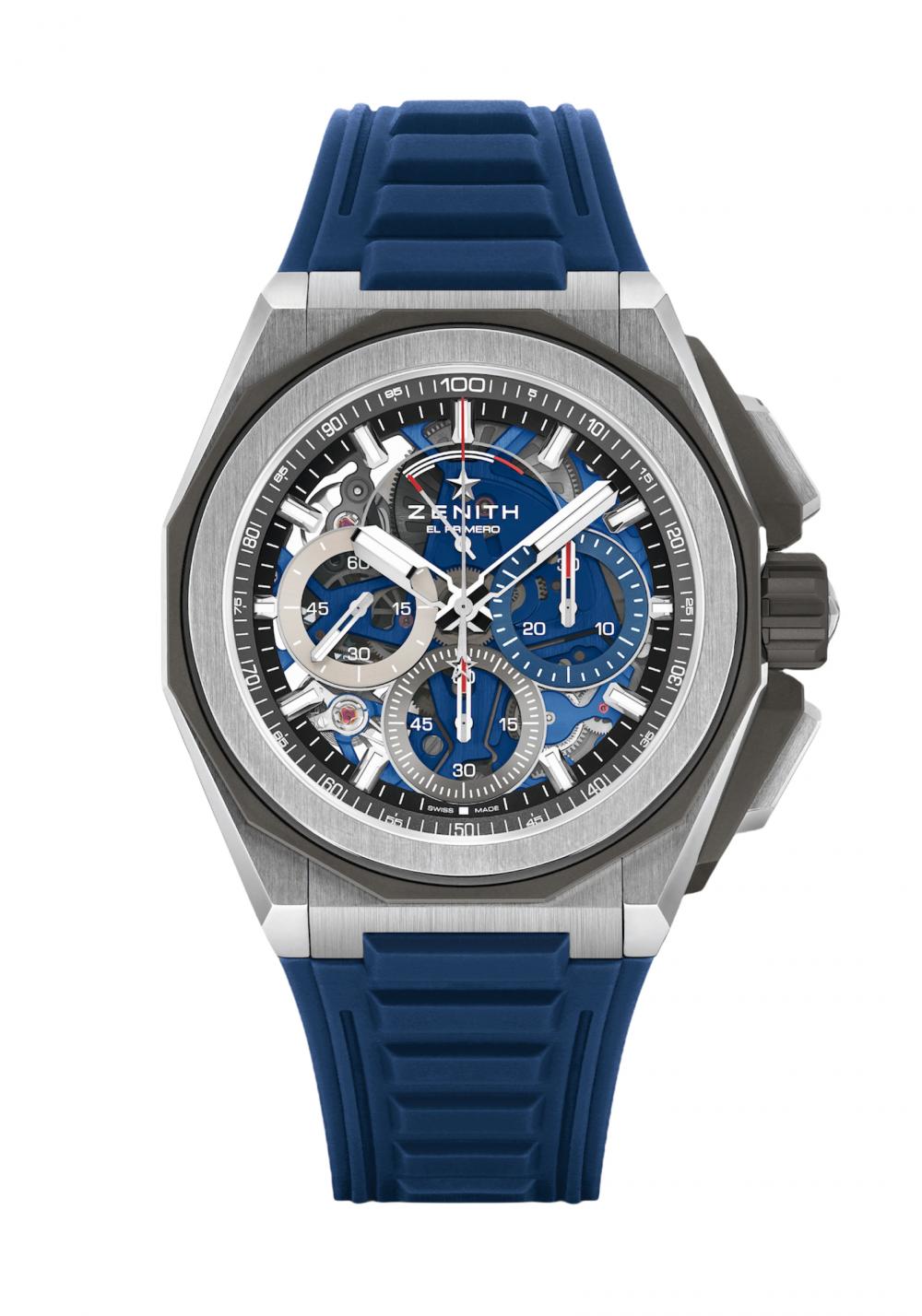 The dial allows viewing 1/100th of a second chronograph calibre.

One version boasts an entirely matte-finished microblasted surface, while the second rendition differs with the combination of microblasted titanium and polished rose gold. The third variation with blue accents is finished to bring out the different facets of the metal through polished, satin-brushed and matte surfaces.

With oversized and slightly overlapping counters, the tinted sapphire dial features extra-large hands as well as applied hour markers filled with Super-LumiNova, for readability in the dark.

The movements are coloured galvanically to match and complement the sturdy exterior of each version.

Water-resistant to 200m, the all-terrain Defy Extreme is accompanied by a titanium bracelet as well as rubber and Velcro straps for wearers to adapt the model to different activities and environments.