Unhappy with the education system and health concerns, some parents are finding homeschooling to be a better alternative

Fourteen-year-old Napa Jiarakul enjoys history by watching movies such as Dunkirk, Fury and Pearl Harbor with her parents and younger sister. In physical education class, she surf skates or plays hockey.

"When I was in school, I studied eight subjects in one day. I had to write everything that teachers wrote on the board because exams were based on those lectures. I do not have a problem going to school but the learning methods are not for me. I enjoy homeschooling because I understand what I learn and feel comfortable learning from my parents," said Napa.

Napa and her sister, Nathapa, are homeschooled children who left traditional schools when they were primary students. According to figures from the Homeschool Network, there are currently over 68,500 members or parents who homeschool their children in Thailand. Regarding the law, homeschooling falls under section 12 of the 1999 National Education Act, which allows parents, private and government agencies, as well as religious and local administrative organisations, to provide basic education services.

Although Thailand is due to roll out Covid-19 vaccines for children aged 12-17 from next week, many parents are uncertain if their children will be safe when they get back to school. Since online classes come with limitations, will homeschooling be the right answer for worried parents? 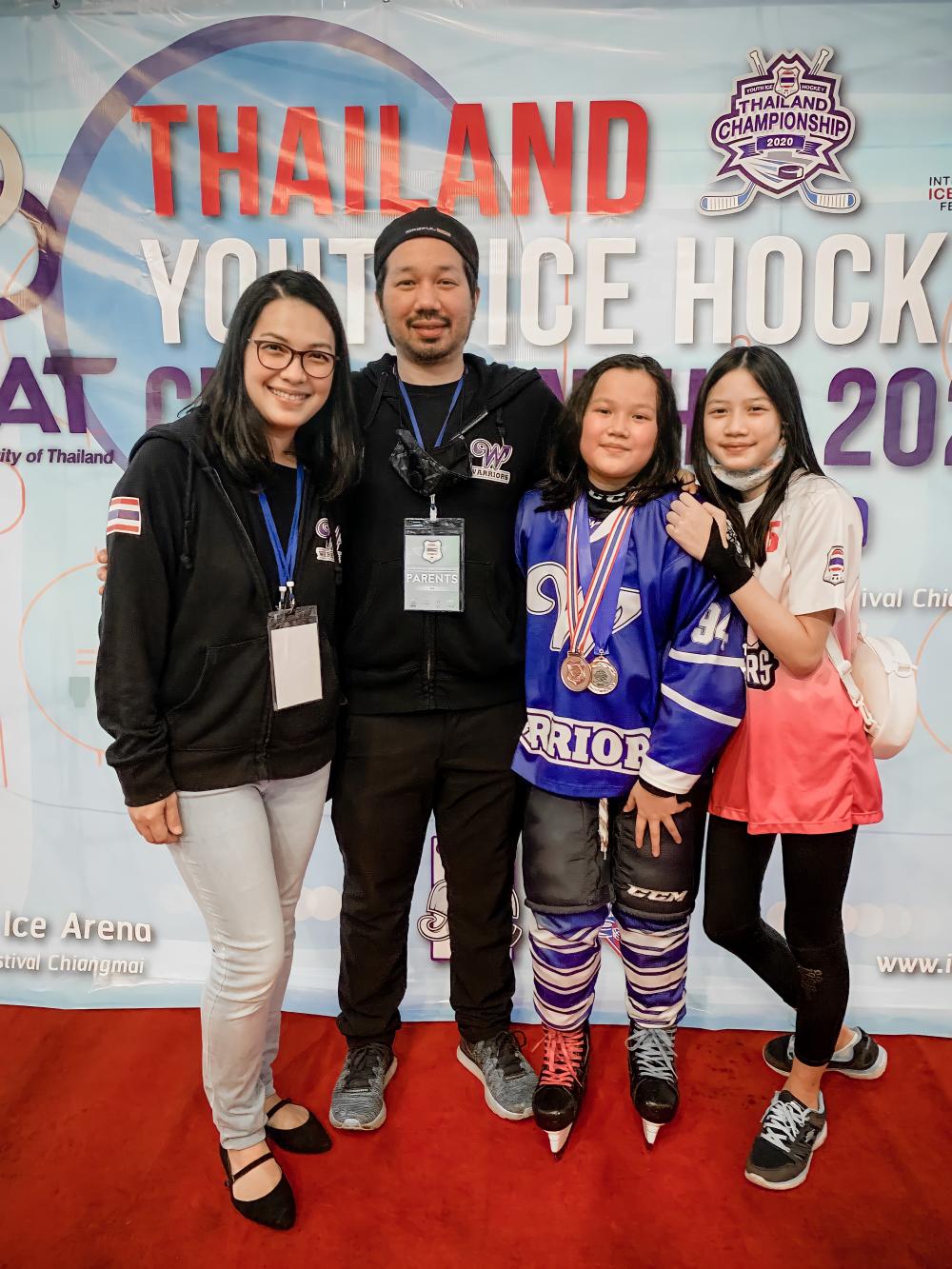 Parents have different reasons for educating their children at home. A pioneer of homeschooling and an entrepreneur, Somporn Amornrattanase­reekul began teaching her children at home in 1996 before homeschooling was even legal. Somporn said she was not against the education system, diplomas, or degrees. In fact, she appreciates them.

"I had the opportunity to homeschool and found the time to do so. I thought I did better than the education system. Homeschooling is similar to schools but I had only three students. It may not work for others but it was convenient and inexpensive for me," said Somporn.

Nathinee Jiarakul who earned a PhD in Early Childhood Education from Chulalongkorn University is a mother of two daughters -- Napa, 14, and Nathapa, 12. After Napa and Nathapa told their parents that the education system in their school was not appropriate for them, they discussed homeschooling.

"Our philosophy is to allow our daughters to ask questions and express their opinions but the school system does not allow them to do that. When young people want to learn, they need to be allowed to question and express themselves rather than being ignored in order to encourage them to learn. At home, we told our children that we do not know everything but we will find answers for them together," said Nathinee.

At home, families are allowed to create their own curriculums and discuss with officials at the Educational Service Area. Both Somporn and Nathinee allowed their children to have opinions about the curriculum. Someporn's children learned subjects based on their interests at that time. 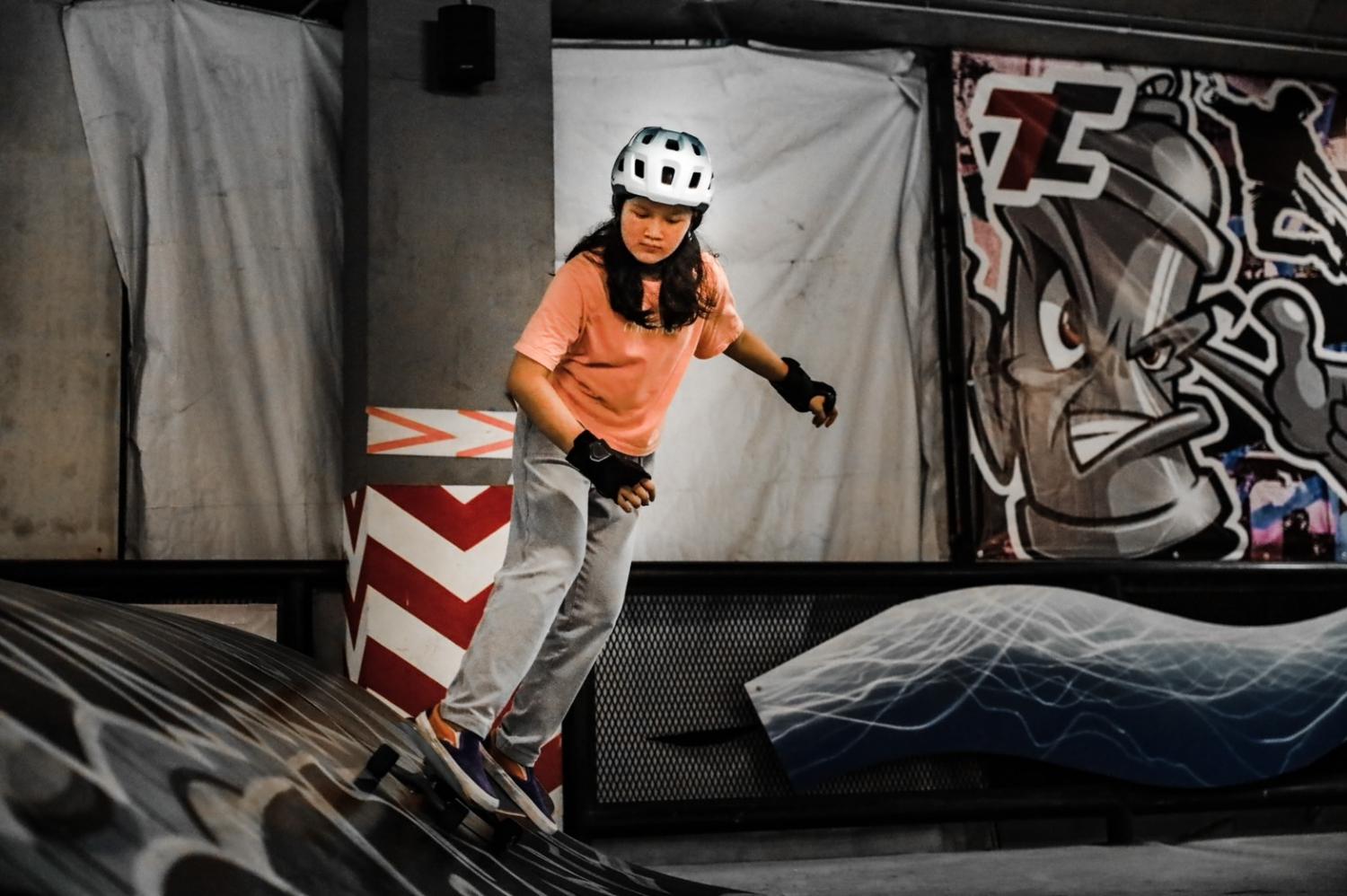 "When our son became interested in bonsai trees, we used them as a link to other subjects such as biology, chemistry, economics, commerce and history. We emphasised both practical experience and book knowledge. Our son learned about bonsai trees by working at a plant shop. To make his time at the shop worthwhile, he was taught to ask questions and write down important information," explained Somporn.

As an academician, Nathinee planned the curriculum for her daughters based on 21st-century skills known as the 3R x 8C which includes reading, writing, arithmetic, critical thinking and problem solving, creativity and innovation, and cross-cultural understanding among other things.

"These skills are the basic structure but our daughters learn based on their preference. When Napa was younger, she preferred to learn from people rather than videos but now she has adapted. Our daughters always give us feedback about lessons," said Nathinee.

"Some parents buy online courses from abroad, so they have to follow that schedule. Other homeschooled students have flexible schedules. Parents must teach their children to practise self-discipline. For instance, when children have an appointment, they must be there 10 minutes early. This is done to instil respect for others and learn social skills. When children have a passion for something, it makes them self-disciplined. If they like playing an instrument, they will make time to practise," said Somporn.

"In our family, we decided to concentrate on tasks. Important tasks must be prioritised and completed before other tasks. Then, they can work on anything else they would like to do. Today, Napa studied math, English, Japanese and geography which are the main subjects that she had to study. Then, she worked on her mood board project and practised surf skating in the evening," said Nathinee.

"We do not have to teach them every subject as we can make use of our connections. My children learned how to speak English by becoming friends with missionaries who have children. The children played football and participated in many activities together," said Somporn.

"Our children were taught that anyone can be their teacher. We can learn from anyone who knows more than us. My daughter learned surf skating from a coach and her father. She also learned from YouTubers and her favourite surf skaters," said Nathinee.

Most young people make friends at schools, so how do homeschoolers socialise? Somporn and Nathinee are friends with families who also homeschool their children.

"We meet and interact with people through activities. We are in a group that has international families who also homeschool. We meet once a week and parents take turns to teach our children. My daughters have international friends from the group," said Nathinee.

Somporn said that due to homeschooling, many young people learn how to socialise with people of different ages.

"Most young people make friends with people of the same age in school, so they lack skills to socialise and are not comfortable to communicate with older people. However, homeschooled students have to learn different subjects from people of different ages, so they develop social skills and can communicate easily," said Somporn.

Every semester, officials at Educational Service Area evaluate the progress of homeschooled students. Nathinee said that evaluations of her daughters showed that they have developed knowledge and life skills. Somporn's three adult children graduated from prestigious universities and institutions and are entrepreneurs. Somporn said in terms of academic performance, her children were weak in some subjects but overall they are successful because they are determined.

Budget is another concern that many parents interested in homeschooling have. Somporn said that in Thailand, homeschooling is possible for both well-off to low-income families. Parents can manage their budgets and look for free resources online.

"Homeschooling is tailor-made, so it is not one size fits all. Parents can adjust lessons that are effective for their children. Since time is an important factor in homeschooling, parents must decide who will manage and take charge of the process. The good thing about homeschooling is that parents and children learn together and better understand each other," said Nathinee.