The late National Artist Bunpheng Faiphiuchai featured on Google Doodle last week, as the search engine celebrated what would have been her 89th birthday on Sept 22. She was one of the most influential molam performers of her generation, and a pioneer in the recording of molam on vinyl. According to Google Doodle's blurb, by 1955 she had recorded "more full-length albums than any other woman in the genre" and that is why she was the first molam to be given the title "Queen Of Molam".

Born in Ubon Ratchathani province in 1932, Bunpheng's singing and dancing abilities were obvious from a young age; she began her apprenticeship as a molam (master singer of lam) at the age of 12 and made her public debut just two years later. She became well-known for her deep, powerful voice and her quick-witted and often philosophical responses to her male counterparts.

Phaya Kaew, better known as courting molam, became molam glawn and between male and female molam developed into a courting style with witty verbal jousting between a pair of molam, backed by the organ-like sound of the khaen (bamboo mouth organ). Sometimes called lam jot kae plae tam (or ask and reply molam), this was the style that made Bunpheng famous. These days people just call this style molam gio (courtship song).

I had the good fortune to travel with Bunpheng, her husband molam Ken Dalao and the current senior female molam in Thailand, National Artist Chaweewan Damnoen, in 1993 on assignment for the Japan Foundation, which had initiated a molam project to research the genre and take these three exceptional people to perform in Japan.

At the time, Ken Dalao was the only one of the three to be awarded National Artist status, Bunpheng and Chaweewan became national artists in 1997. They performed as a trio and Ken Dalao, one of my favourite molam performers, was never outgunned by the two ladies, he was more than capable of holding his own.

We travelled to Khon Kaen province to see the trio perform with Japanese minyo (folk music) musicians at a Loy Kratong celebration. After that, we travelled to remote villages to see the trio perform at weddings and small events. Along the way, the trio showed me how they performed the wai kru (paying respect to teachers) ceremony before each performance, how each of them had received their training and how a molam singer should perform on stage. 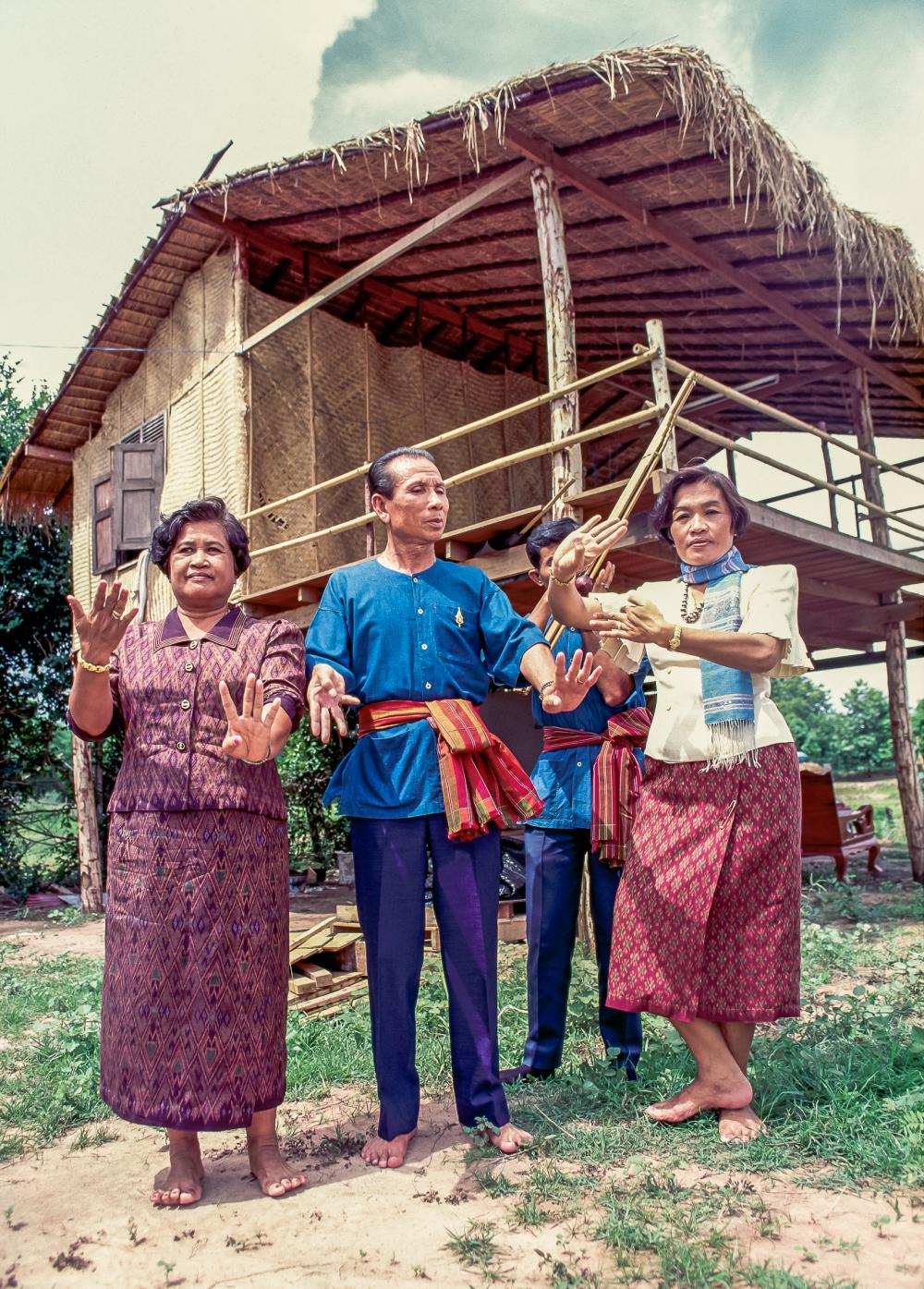 It is interesting to note that the training she and her counterparts received was a long apprenticeship with a troupe (or khana). Molam Angkanang Kunchai, a student of Chaweewan Damnoen, told me that during her first two years, she did domestic chores, babysitting and farming and had to seriously study religion, history and current affairs before her master would even consider letting her sing a lam of any kind. Nowadays, you can take a degree in molam studies at one of the northeast universities, or natasin colleges. Bunpheng was an active teacher for most of her career, passing along her extensive knowledge of molam to her students.

There are some excellent examples of Bunpheng's powerful and evocative voice on the internet, with some of her 78rpm records from the 1950s uploaded by her fans. You can also hear her on Prof Terry Miller's excellent set of field recordings made in 1973 and released on the Lyrichord label in 1983, Thailand: Lao Music Of The Northeast. The second side of the album features molam vocal music, molam glawn gio, with Bunpheng jousting with molam Wichian. I sometimes play tracks from this album when I DJ and I am always asked about who she is and where she comes from. A giant of molam, well worth checking out.

Sadly, World Beat acknowledges the recent passing of saxophonist, composer and arranger Pee Wee Ellis who died last week aged 80. Jazz trained, Ellis was a key member of James Brown's ground-breaking bands in the 1960s, playing on hits like Cold Sweat and Say It Loud -- I'm Black And I'm Proud. He also performed with Van Morrison, Ginger Baker, Maceo Parker and George Benson. In the 1990s, he was a member of The JB Horns, forming a wonderful musical relationship with Fred Wesley and Maceo Parker. One of his last projects was on Ali Farka Toure and Toumani Diabate's World Circuit release Savane, which was Toure's final album. Go and check out his work with James Brown and The JB Horns. RIP Pee Wee, you'll be missed.