The high cost of fast fashion

As old clothes pile up at landfills, a Thai company seeks consumers' help in converting the waste into fuel

When Natthapat Wangvanichaphan, one of the founders of The Geen, a waste management company, was disposing unused items in her house, she noticed that her old underwear was made from non-biodegradable plastic such as nylon or polyester. Natthapat realised if she threw her underwear in a rubbish bin, they would end up in a landfill. Nylon takes 40 years to decompose while polyester takes more than 200 years.

As an environmentalist, Natthapat did not want to increase the amount of garbage dumped into a landfill. She decided to post a message on facebook.com/thegeenthailand that encourages people to send their old underwear to the waste management company, N15 Technology. This waste management company collects and converts industrial and office waste into refuse-derived fuel for cement kilns, cutting down the amount of non-recyclable waste dumped into landfills. Her post has been shared more than 34,000 times so far.

"When people throw away their underwear, some feel embarrassed and double pack them, which causes more waste. Large amounts of waste cause many negative effects in landfills. Landfill fires can occur and cause pollution. During rain, waste from landfills can be swept away and clog drainage systems. Waste in landfills situated near the coast can leak into the sea. I created the post to offer an option to people. Sending used underwear to N15 Technology will benefit everyone. We should avoid increasing waste in landfills. Waste sent to landfills must be decomposable," said Natthapat. 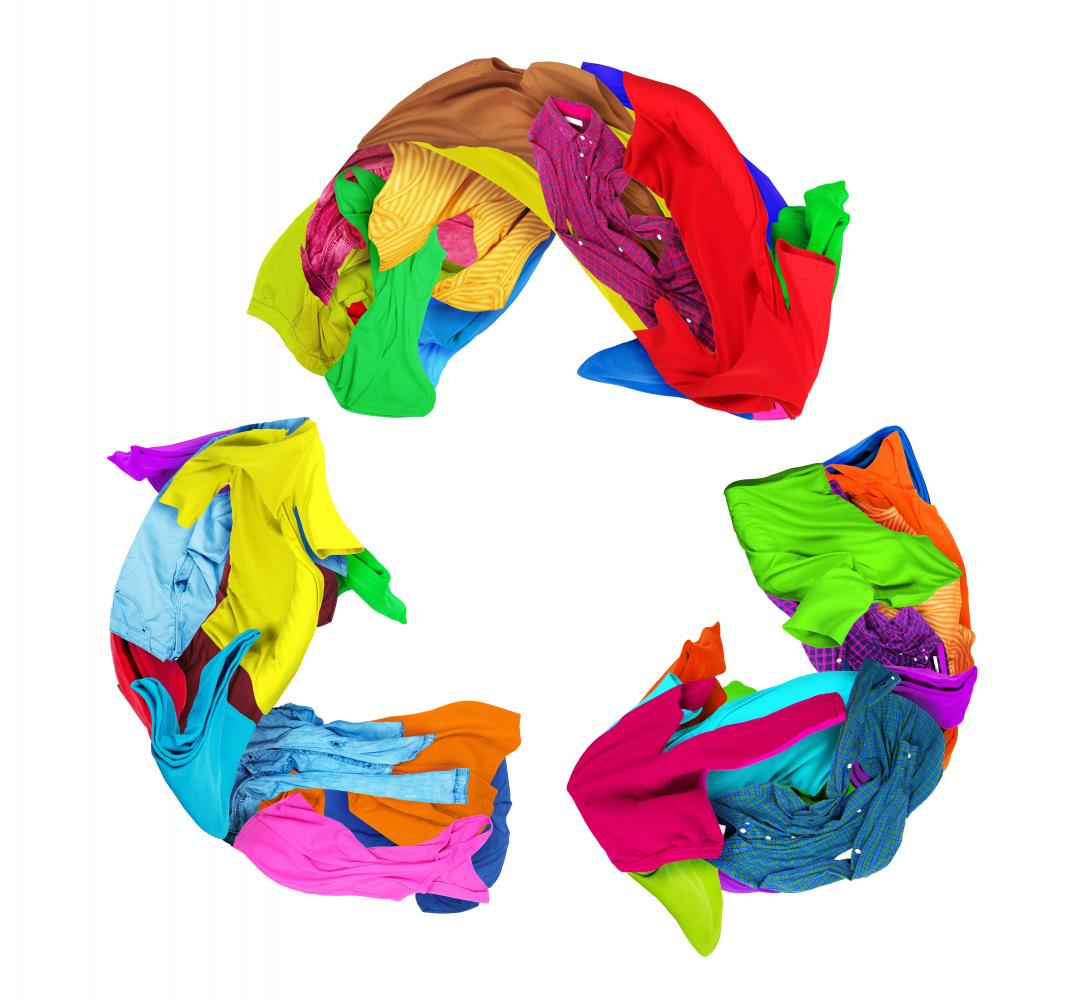 Feedback from the post indicated a high interest in waste sorting among Thais. However, some people do not want to shoulder the cost of sending underwear to N15 Technology and suggested that N15 Technology should provide convenient drop-off points.

"The post became a discussion about who should be responsible for waste like underwear and what is refuse-derived fuel. It is the state agency's responsibility to provide different types of bins at various locations, so people can separate and drop their waste in the appropriate bins. Developed countries such as Japan have guidelines that specify where and how people can drop different types of waste materials and the state will handle each type of waste differently. For example, non-recyclable waste will be used as refuse-derived fuel," said Natthapat.

Undergarments and other textile waste that is improperly disposed of have negative effects on the environment. Last year, the BBC reported that while shoppers around the world purchased 56 million tonnes of clothing each year, only 12% of the materials used for making clothes were recycled. As a result, many clothing items are dumped in landfills. Prem Pruktayanon, chief executive officer of Waste Management, Green2Get, and founder of facebook.com/3WheelsUncle, explained that textile waste is difficult to recycle because recyclable items must contain mono-material. 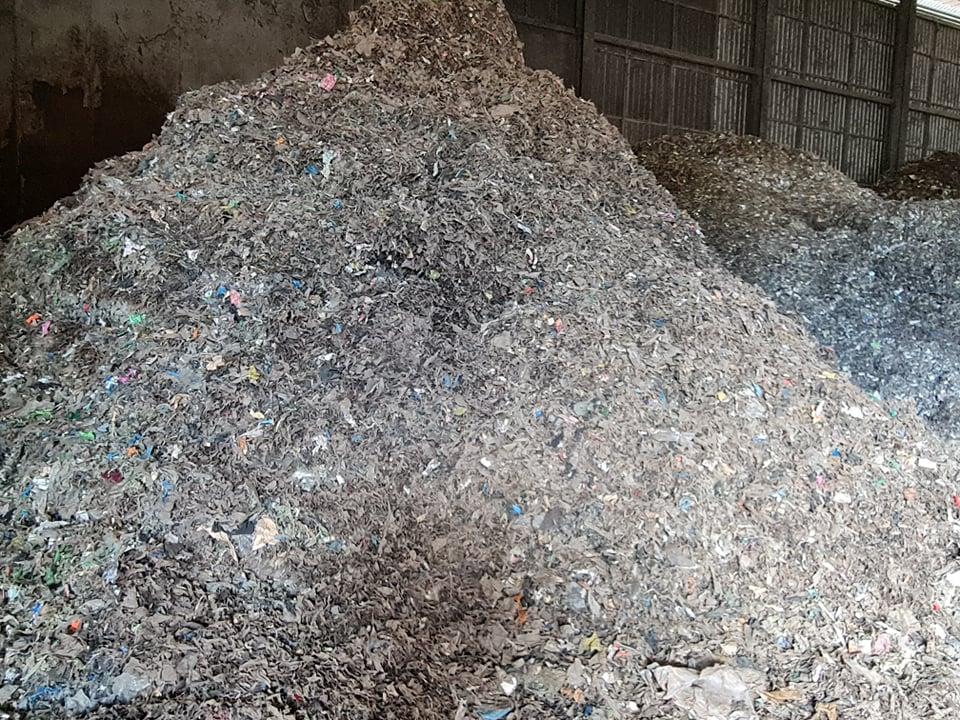 "Besides creating non-recyclable items, the textile industry also has other negative effects on the environment. For example, producing cotton items requires a lot of water and dyeing fabric pollutes water resources," Prem added.

Most people are unaware of the damage textile waste does to the environment. Prem explained that unlike plastic, clothes are not produced for single use. Consumers keep them for a long time. However, today's fast fashion trends have changed consumer behaviour.

Second-hand clothing is another trend among Thai consumers. Both Somboon Kittianong, general manager at N15 Technology, and Prem noticed that many second-hand items of clothing from overseas such as Japan, Hong Kong and the US are imported to Thailand for sale.

"These second-hand clothes show that our country is a trash bin that collects trash from other countries. Most people consider clothing as fabric, but most clothing is polyester or plastic and this plastic will eventually become waste," said Somboon. 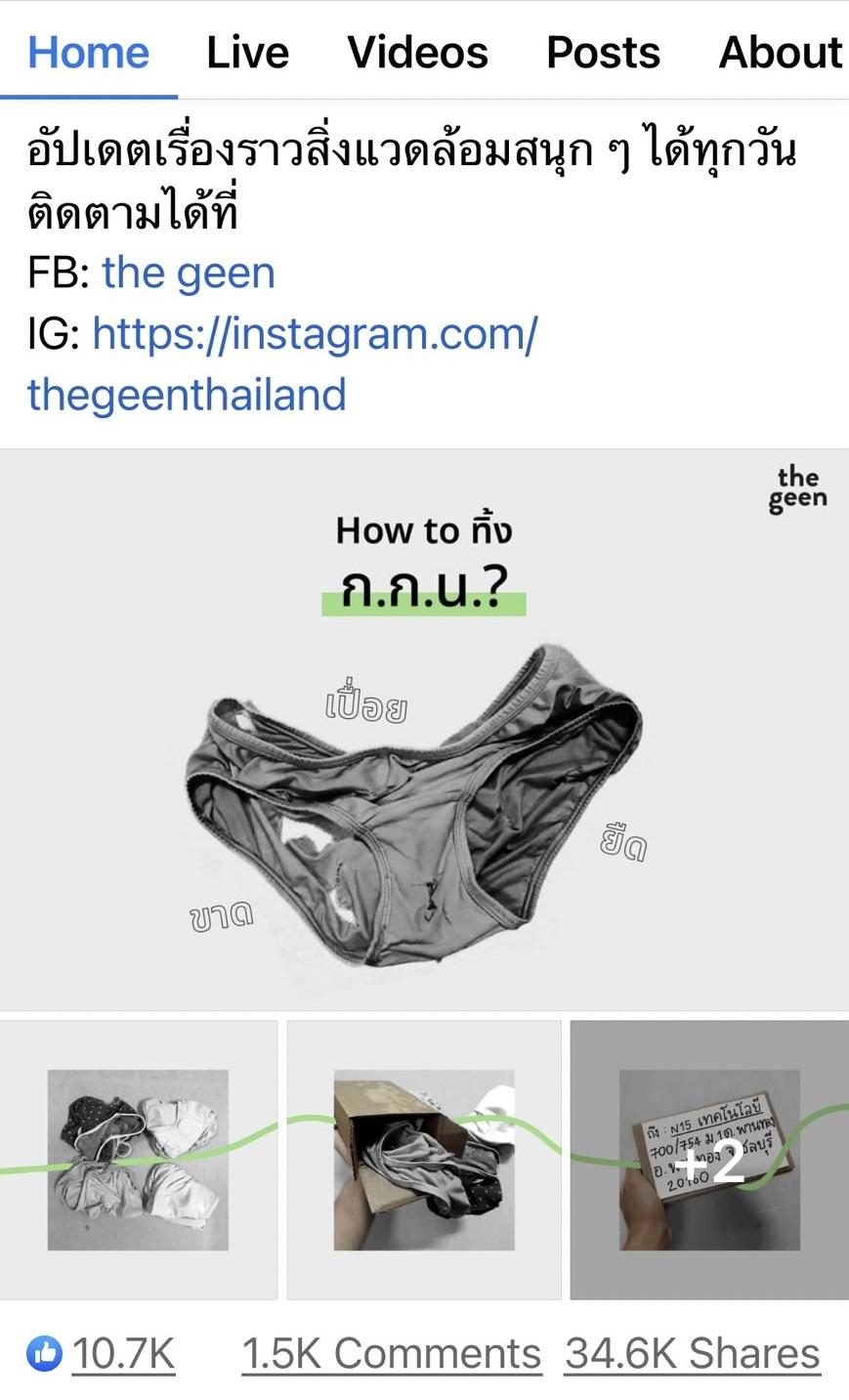 Converting waste into refuse-derived fuel at N15 Technology is a solution that can help reduce the amount of waste dumped into a landfill. Somboon said after the post about sending undergarments to N15 Technology went viral, many people contacted him.

"Some people questioned whether we were psycho because they wanted to ensure that their underwear would be used as refuse-derived fuel. Some people asked if we looked through the underwear before using them. We do not do that; we just throw them into a milling machine," said Somboon.

According to Somboon, any kind of waste -- snack packages, milk boxes, chemical bags, non-recyclable plastics, rags and socks -- that can be cut, torn and burned with fire can be turned into renewable fuel to replace fossil fuels. Containers do not need to be washed but must be empty and dry. Ineligible materials include PVC, artificial leather, tiles, zinc, and light bulbs.

Any eligible waste for refuse-derived fuel will go to milling machines. Shredded waste will be burned in standard burners at cement plants.

"During the process, waste is burned at a high temperature between 1,200 and 1,800 degrees Celsius. After burning, leftover materials such as calcium, iron, aluminium and silica can be mixed with cement. N15 Technology can produce 40,000 to 60,000 tonnes of renewable fuels each year," said Somboon.

Somboon noted that people can drop their recyclable waste with saleng or tricycle waste pickers. He also suggested separating wet and dry waste.

"Textile waste is not an obvious problem like plastic waste, which is excessive due to its amount, so no state agency is going to get involved. Consumers must solve this problem. Fast fashion, like fast food, is of poor quality. Consumers should not keep up with fashion trends but should reduce purchases of new clothes and make use of the clothes they have for a long time," said Prem.