Gucci appears in the lyrics of these numbers as well as many other songs -- actually 22,705, according to an analysis by Musixmatch.

As a part of its centennial celebrations, the Italian luxury brand collaborated with the music data company for the research, which delved into the connection between two universal languages -- clothing as an expression of individuality and music that recalls a collective memory.

The 100-year milestone prompts reflection on Gucci's staying power and, through a contemporary lens, how profusely it contributed to the vocabulary of pop culture.

"It isn't a revisionist attempt to rummage through the past: if anything, mine is a 'reverse' revisionism of the House's history, stitched back together by a piercing note, a melody, a refrain. Also because, if I were to depict Gucci, for me it would be an eternal teenager who hangs out at places where music is heard and played," said creative director Alessandro Michele.

The native of Rome started designing Gucci bags in 2002 in continuing the leather goods heritage.

The history of the brand began in 1921, when Guccio Gucci opened a leather goods shop in Florence. Today, the product lines include handbags, shoes, clothing, jewellery and watches. 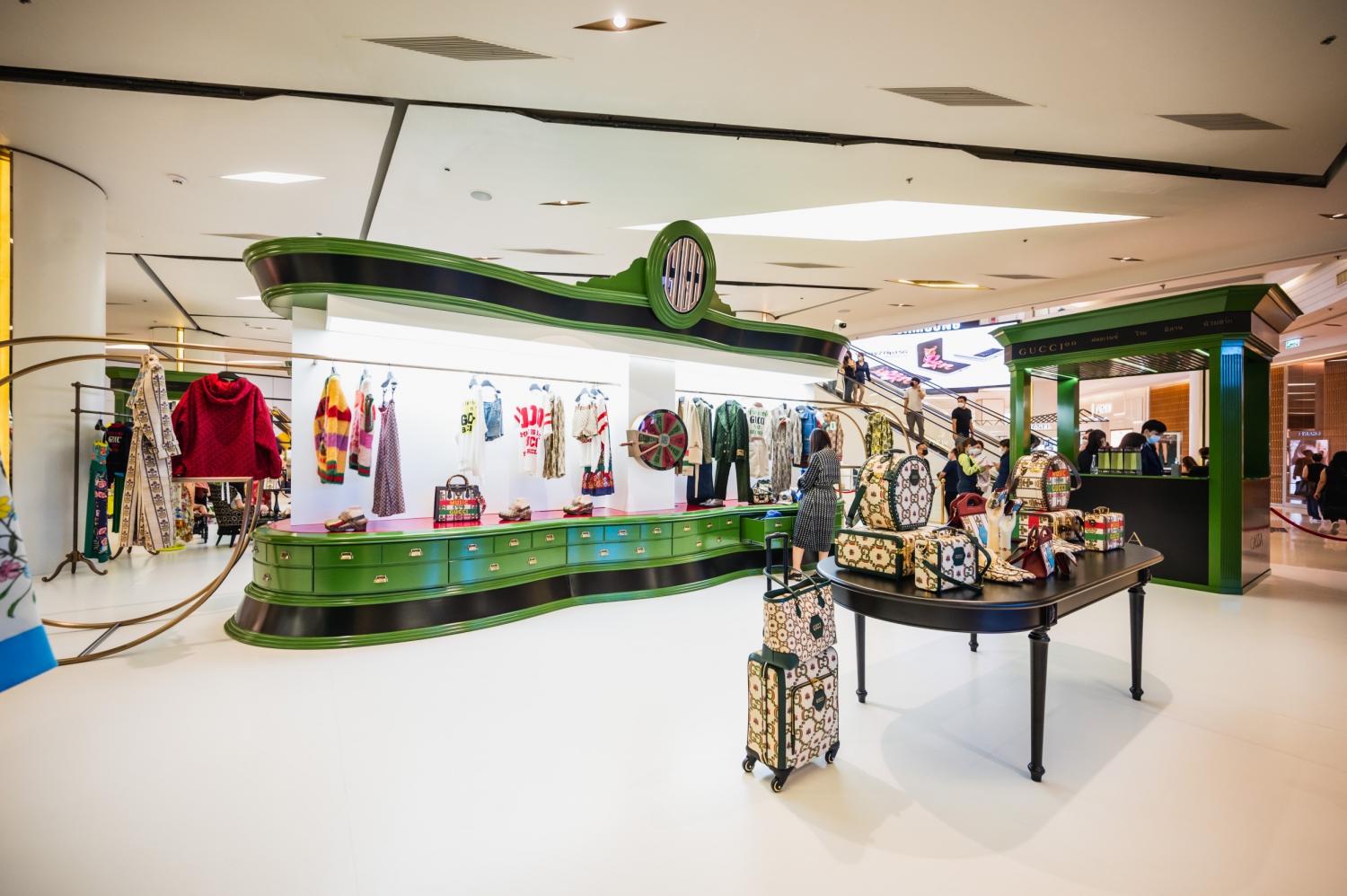 Since 2015, Michele has been responsible for all categories and the company's global brand image.

"The centennial, for me, represents an opportunity to bear witness to Gucci's eternal vitality that year after year, is reborn, it renews itself, re-establishing an unusual relationship with contemporaneity as a boy, forever young, observing the world with a powerful vision," he said.

Musixmatch traced songs mentioning Gucci in the lyrics from 1921. The creative director selected three of the 22,705 songs for the design of the Gucci 100 collection.

Released in 1983, You Got Good Taste by punk rock band The Cramps began with: "This one's dedicated to all you Gucci bag carriers out there; it's called you got good taste."

Five years later, hip-hop duo Eric B & Rakim recorded The R with "Music is mine Gucci seats reclined" in the lyrics.

Thirdly, "And the men notice you with your Gucci bag crew" in F*ck Me Pumps from Amy Winehouse's debut album Frank in 2003.

Ready-to-wear pieces and accessories feature verses from these three songs or the Gucci 100 logo. 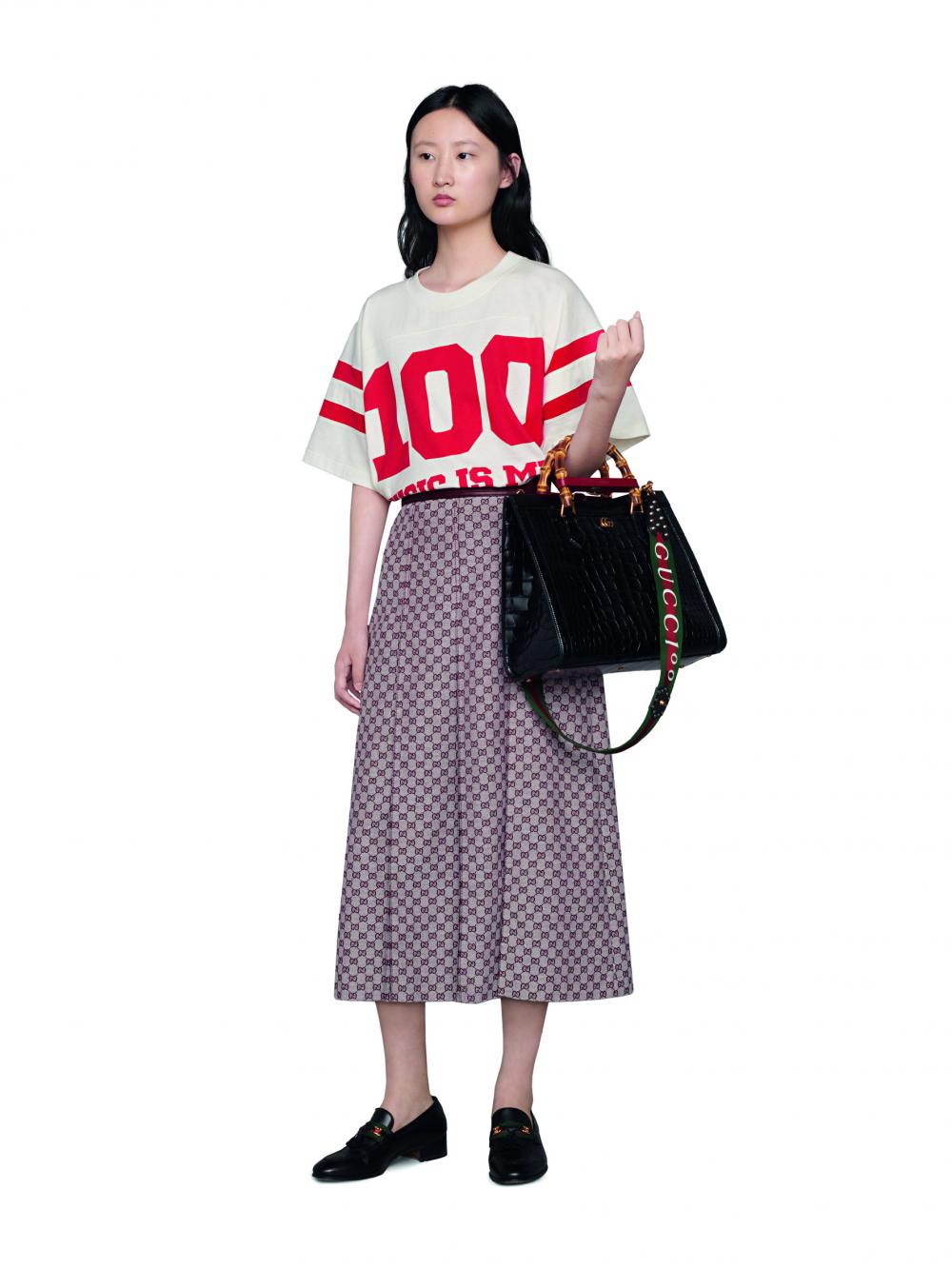 The music extends to campaign images shot by Joshua Woods under Michele's creative direction. Jazz, psychedelic, Japanese punk, disco, hip-hop, Afrobeat: these genres serve as the musical backdrops to Gucci's century-long journey in which a cast of characters moves through an evolution of sounds, harmonies, movements, tastes, and styles.

Including one in Siam Paragon, the Gucci 100 Pop-Up stores showcase the collection in a multi-dimensional environment defined by the juxtaposition of classic architectural details and visionary features like perimetral arches, LEDs and white reflective floors.

Like the collection itself, the pop-ups celebrate the connection between past and present, made tangible through music. By spinning a wheel placed on the side of a cabinet, visitors are invited to discover the playlist of the handpicked songs from different decades -- all namechecking Gucci.

Moreover, by visiting the Gucci 100 Digital Pop-Up through a dedicated platform on gucci.com or on the Gucci App, users can explore a digital version of the space, entirely redesigned in 3D, and to engage with the collection and the music. 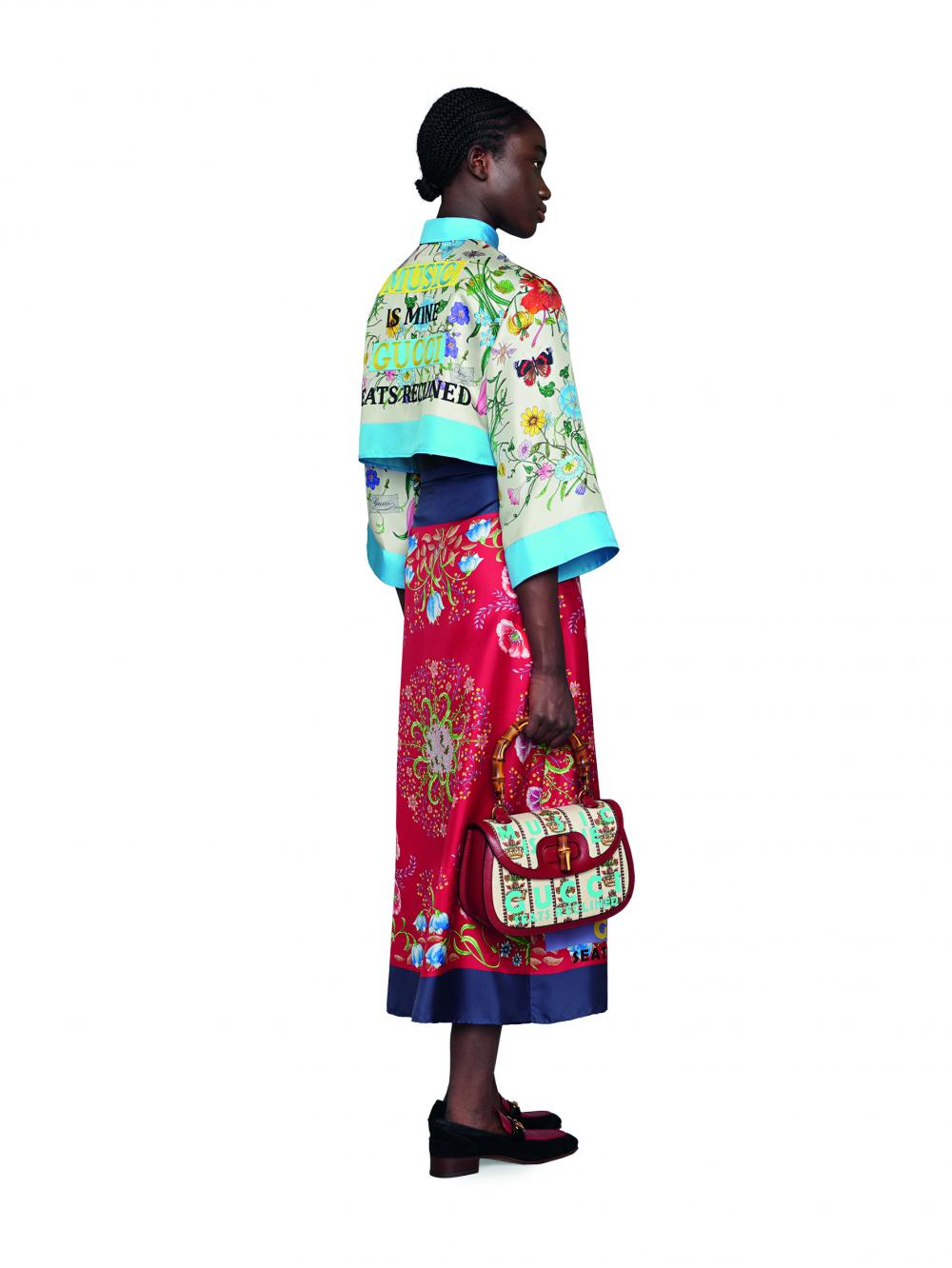 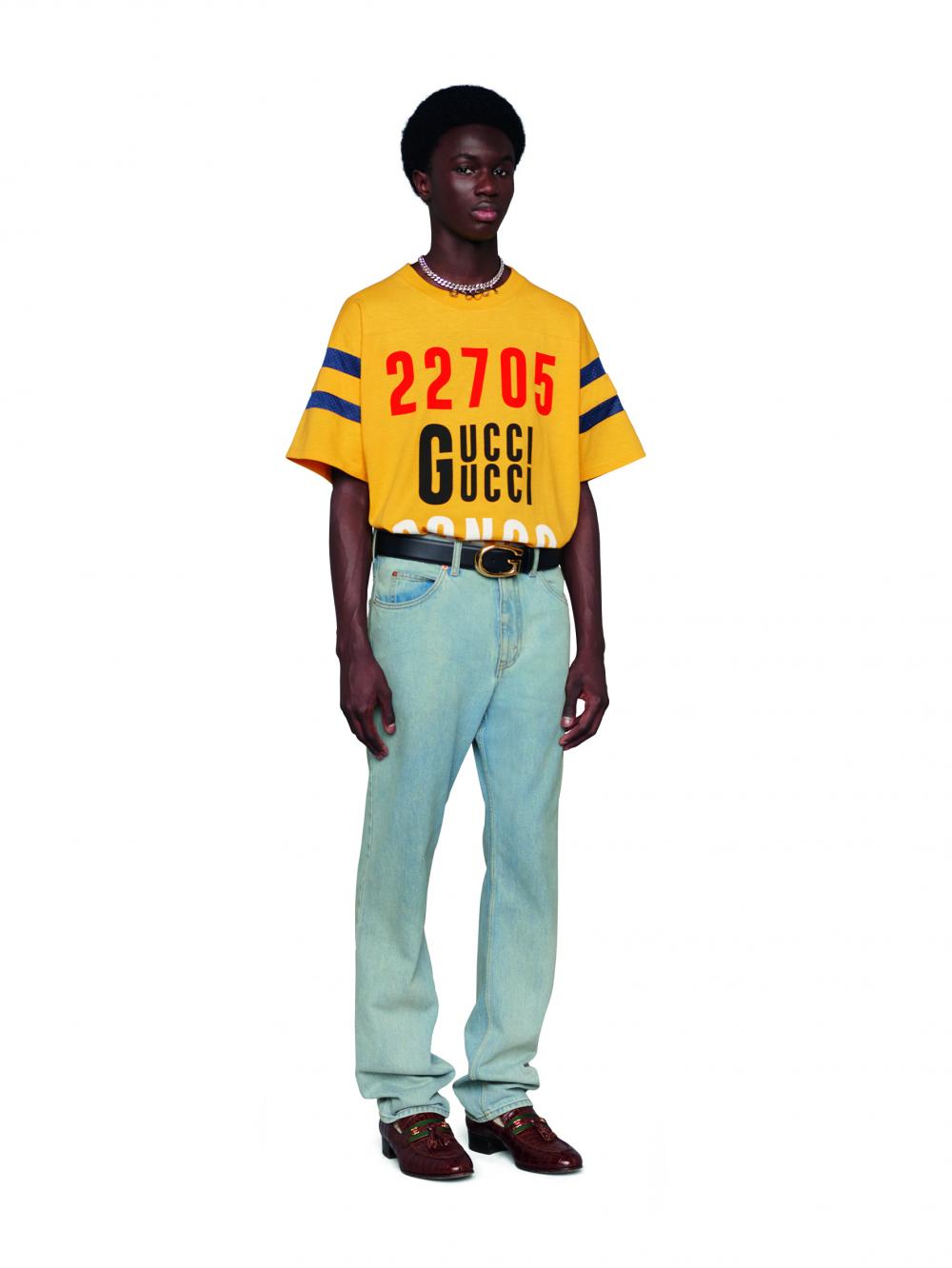 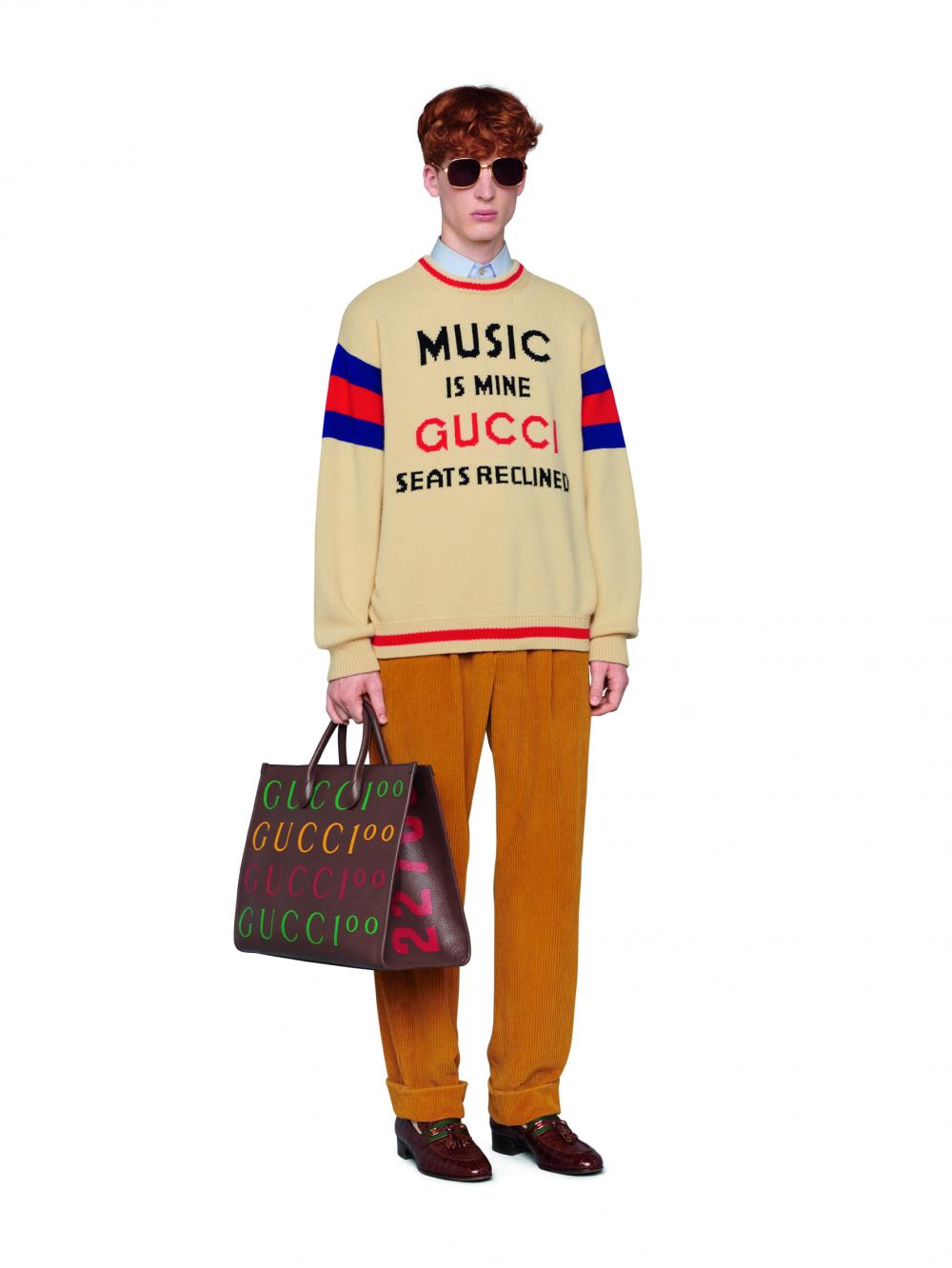 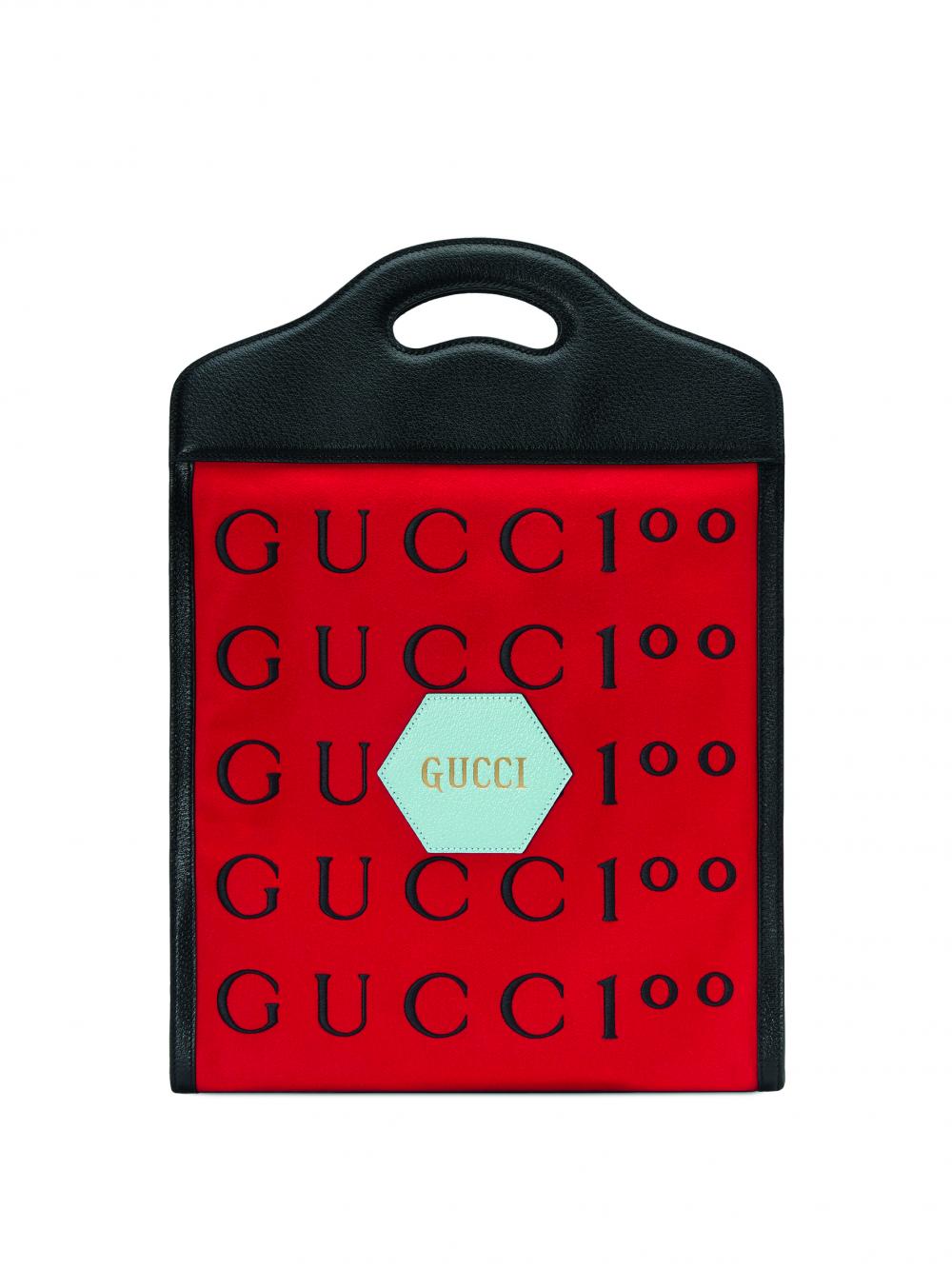 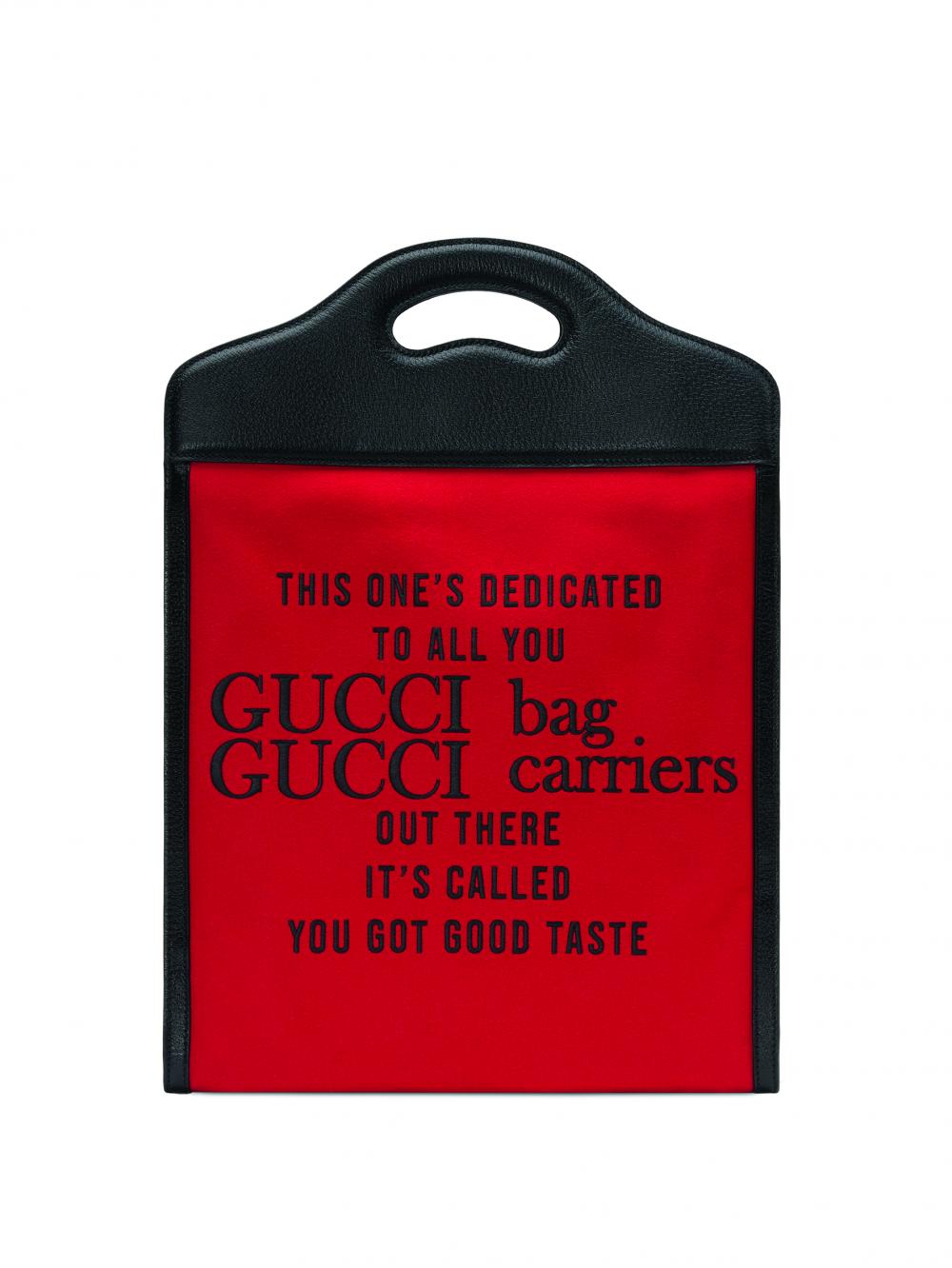