Is it wrong to root for serial killers?
Life
Social & Lifestyle

Love is in the air in Season 3 of You, with much murder and mayhem in the mix

After letting fans wait for two years, the long awaited third season of the psychological thriller series You has finally arrived. The new season picks up right at the end of Season 2 with Penn Badgley who reprises his role as Joe Goldberg, our thinking-out-loud serial killer who's moving to middle America in order to escape his demons and the murderous trail that he left behind in LA with hopes to start a new life. This time around Joe has met his partner in crime Love Quinn (Victoria Pedretti), plus there's a newborn baby. And if you've been following this show from the beginning, let me tell you that Season 3 is You's most twisted and exciting yet.

Based on Caroline Kepnes' bestselling novel of the same name, Season 3 sees Joe and Love married, and with their newborn son Henry have moved to the Northern California suburbs of Madre Linda, where they're surrounded by privileged and wealthy neighbours, tech entrepreneurs, gossip housewives and mommy bloggers. While both characters are doing their best to keep their insatiable thirst for murder at bay, they want to blend into this new life and try their best to be a perfect family. For a moment, it seems they can. But then we wouldn't have a show, would we?

Their family life grows complicated due to Love's impulsiveness, and as Joe continues to repeat the cycle of obsession with a burgeoning interest in Natalie Engler (Michaela McManus), the next-door neighbour. Things get complicated as Joe begins to feel trapped by how well Love understands him. The dynamic difference between the pair in this season is the reasoning behind their actions, and it was great to see this develop over the 10 episodes until the pair were on two completely different pages. Even though they both have the best interests for Henry, it becomes clear that their son isn't enough to keep them together.

The story in the new season reminds viewers of the show's predecessor, Showtime's Dexter, where it's about antihero characters who believe they are doing good by taking out bad people. The big appeal for these types of stories is how the hell is this character going to get out of each dangerous situation. Just like Dexter, the main character embraces fatherhood, and the desire for a normal family life while dealing with personal demons. 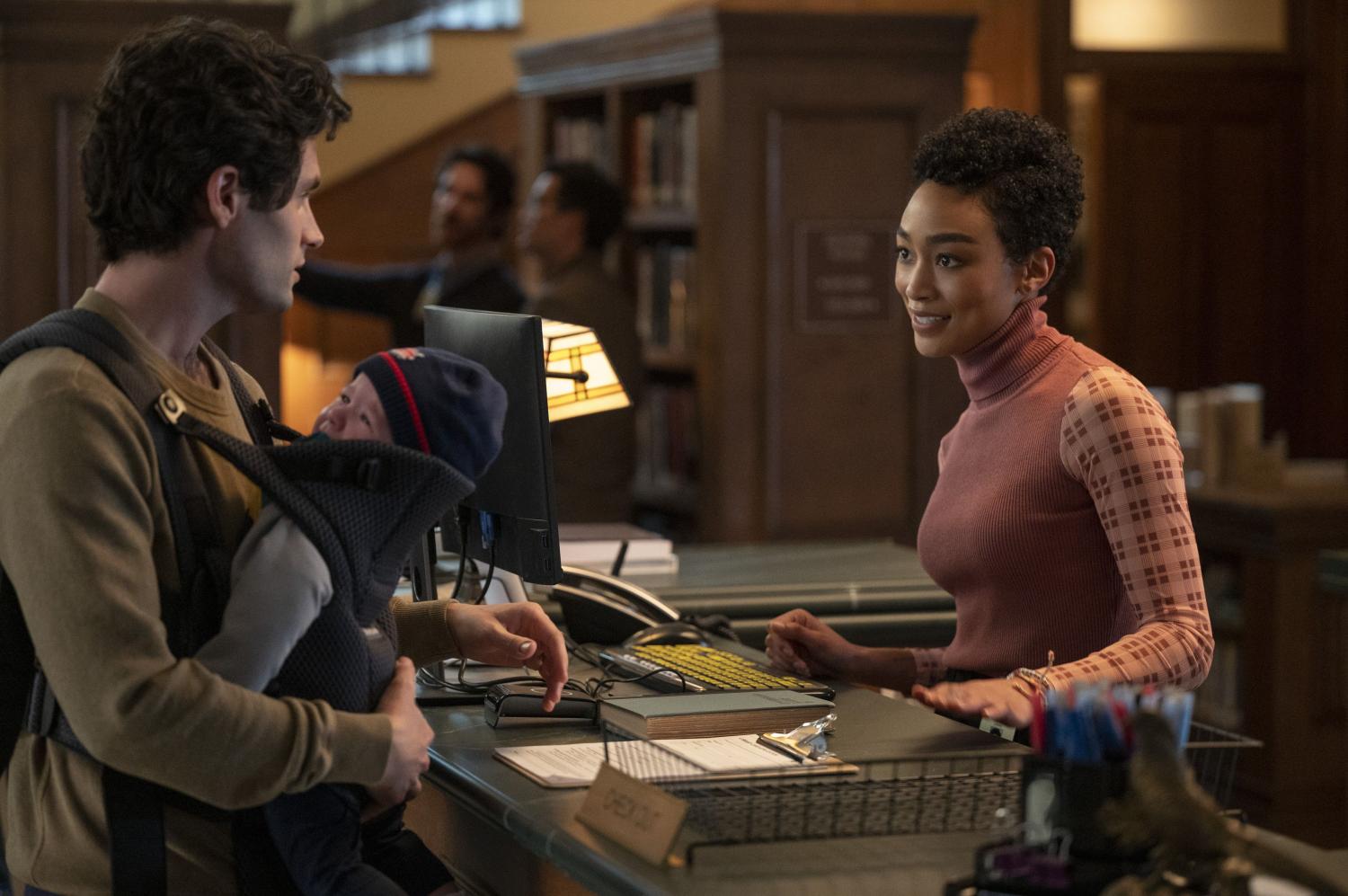 Penn Badgley and Tati Gabrielle in You. (Photo: Netflix)

However, You has its own distinctive storytelling, narration and observations that are devious and funny at times. In Season 3, we are introduced to an entirely new neighbourhood. Just as in Season 2, Badgley and Pedretti are astounding together as an oddball couple. Pedretti specifically deserves the credit for flawlessly embodying a wide range of emotions, from the nuances of an unhappy wife who's blinded by love and yearning to be loved, to anger, passion and psychotic behaviour, that change in the click of a finger.

Badgley's Joe remains charismatic and charming, but also evil, and you can't help but like him. Season 3 continues to give you more and more layers as we learn more about Joe in flashbacks to his childhood years and time spent with his mother, which gives more context on why he is the way he is now. The final episode far surpassed my expectations. The show isn't afraid to write off main characters, which keeps the story in You fresh.

Overall, this is easily the strongest season. There are so many twists and turns, along with a gripping dynamic between the characters introduced in the new season. How do Joe and Love balance their desire for parenthood and a "normal" family life with their desire to kill? Tune in and find out.